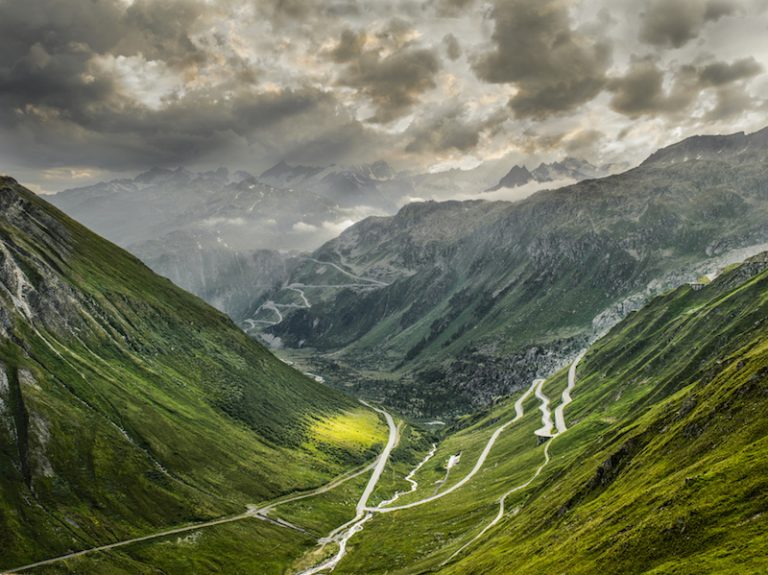 Best known for appearing in James Bond’s Goldfinger, the Furka Pass is the type of road that seems like it was tailor-made for motorcyclists. Secret Agent or not, this ride still holds as much excitement now as it did in the 1964 film.

Like many great stretches of road in Europe, the Furka Pass was originally constructed for military strategic purposes in 1866 and was the longest mountain pass in Switzerland. Today it is one of the snowiest mountain passes that exists through the Swiss Alps, while the construction of a tunnel in 1982 at 2,100m has pretty much-given bikers free reign of this section.

Forming a triangle of epic rides known as the ‘Three-Pass-Ride’, the Furka, Grimsel and the Susten Pass are not to be missed if you’re riding through Switzerland. 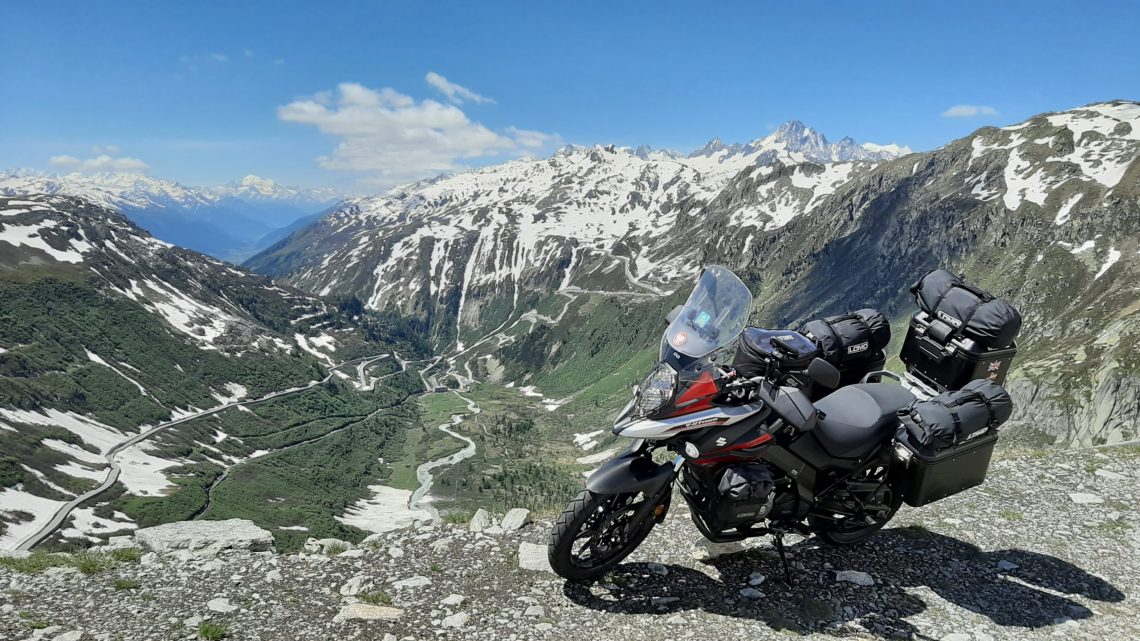 Reaching to heights of around 2,400m above sea level, while scaling gradients up to 11%, the Furka Pass has all the charm that’s associated with a mountain drive, but sharp, blind turns make this a particularly difficult but rewarding ride. The fun starts right from the moment you get on to the bike; the first stretch of road provides some of the steepest slopes and a multitude of hairpin turns to get the adrenaline pumping.

The ascent up the western side of the mountain can be approached as two different sections; the first is steep and challenging, sure to get you engorged into the ride. The second is distinctly gentler but this gives you more of an opportunity to take in the panoramic Alpine views.

It’s worth noting the Furka Pass can often be shut due to regular snow and rock avalanches, so check the weather before you go. 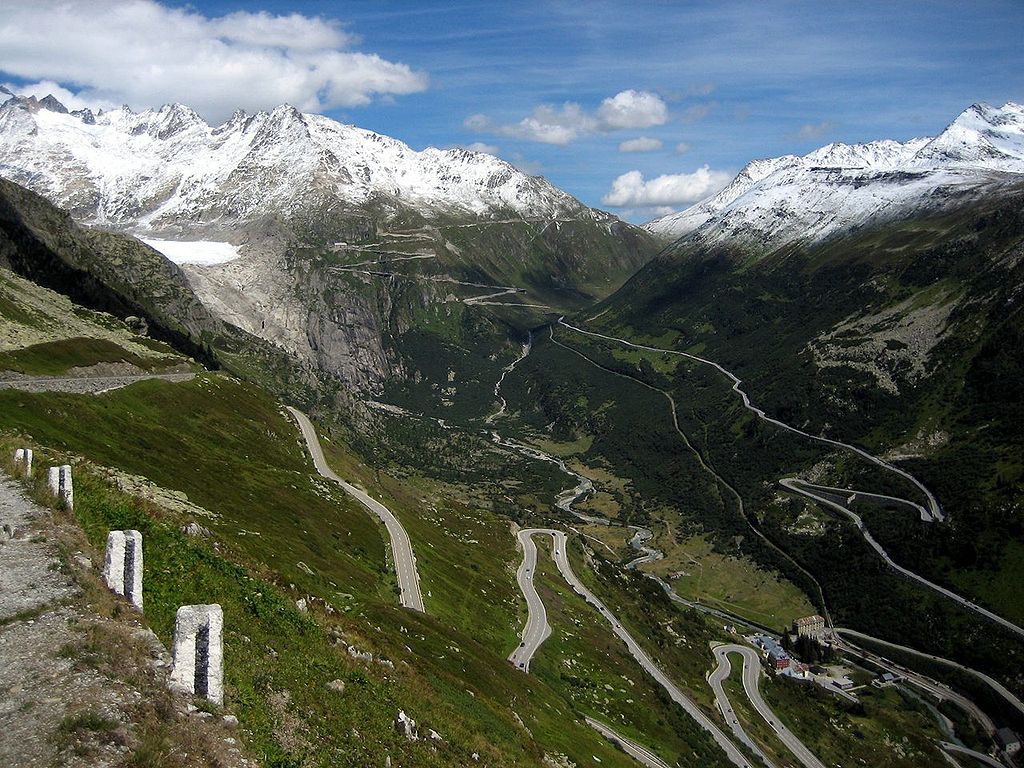 This western side also takes you within a few hundred metres of the famous Rhône Glacier, which is 7km in length. Due to climate change, the glacier is smaller than in the Goldfinger days, it has lost 1,300m of its length in the last 120 years. Despite this, it’s still a sight that will get even the most focused bikers out of the saddle and taking a break.

The run down the Furka pass into Andermatt is where the road gets considerably narrower and, for the less experienced bikers, the roads need to be paid some care as they can be extremely steep with areas that lack any form of side barrier. As you reach the bottom of the east side descent, you are thoroughly rewarded with a flat and straight section that runs parallel to the railway line and is a great opportunity to open throttle after an intense ride in the Swiss Alp cloud bank.

Europe’s roads are notoriously attractive to bikers, but there are few that can interest a rider more than the hairpins, inclines and switchbacks of the Furka Pass. The immaculate road surface means that slightly less experienced riders should be able to navigate the pass, but there are enough bends and slopes to test even the most weathered of us.