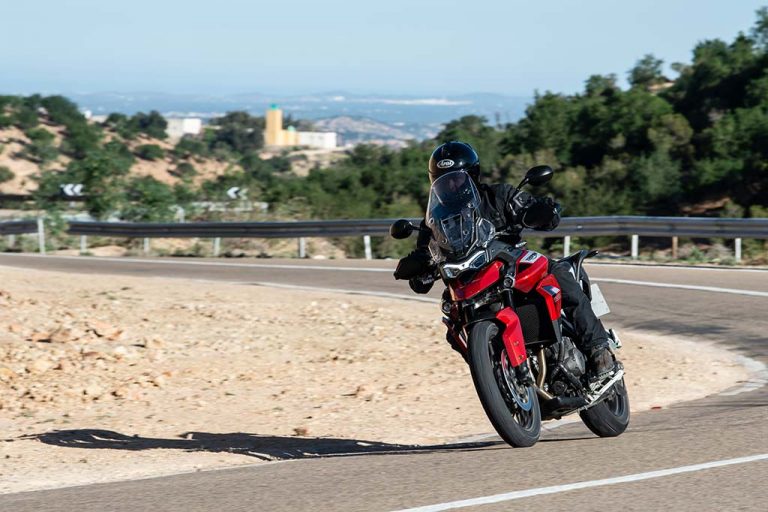 In this age of instant gratification, many people seem to be looking for a quick fix for everything. When it comes to motorcycling, that often means they want to know how they can transform their riding overnight in order to ride their bikes harder and faster.

In my role as a coach with the California Superbike School, people often ask me how they can make their bikes faster, and how can they become a better rider in as little time as possible? Their solution is usually to buy a faster, more powerful bike. The problem is they seem to have forgotten that learning basic riding skills is the only way to create a solid foundation to build a riding career upon. Put simply, you can’t become really great at something until you master the basics.

The same goes for adventure bikers looking to improve their riding over curving mountain passes. Perhaps you’re struggling to keep up with your mates on tour in the twisties. I can tell you now, the answer certainly isn’t to buy a faster, more powerful, and most likely heavier machine. Instead, I tell people to start with the rider. When they get defensive and start whining about how slow or crappy their bike is, I ask them: “Could Chris Birch or Valentino Rossi ride your bike better and faster than you?” The answer is always a pouty, “yes.” So, let’s look at why.

The best racers in the world have a solid grasp of the basics of good riding, which of course translates to successful riding on the road. They know how to ride motorcycles and they know how to ride them well. They understand the importance of good throttle control and of impeccable visual skills. When they want to go faster, they systematically work through a series of steps that help them to do this.

So, what are the basics of good riding? It starts with good throttle control. Knowing when to get on the throttle and how to roll it on throughout a corner is an important start. I teach that you should get on the throttle as soon as possible, and to roll it on smoothly, constantly, and evenly throughout the remainder of the turn. Any on-off throttle action or jerky motions can throw off the overall stability of the bike and make it seem like the bike is the problem when it’s really the rider.

Next, focus on counter-steering and becoming exceptional at changing the direction of your motorcycle. To break it down as simply as possible, you push the right bar to make the bike go right and you push the left bar to make the bike go left. It’s easy. The more consistent you get with your bar inputs, and the more effective you get at initiating them, the smoother and more precise your turning will become. Turning a motorcycle is important so get good at it.

Next, master your relationship with your motorcycle and how you move with it. When you ride, you want to go with the bike as if you were being an amazingly good passenger. Where the bike goes, you go with it effortlessly, easily, and smoothly. The less resistance you have with the bike (death gripping the bars, fighting the direction, opposing the turns, leaning away from the corners) the less compliant the bike is. Follow its lead and become one with your machine.

Finally, your visual skills define how good a rider you will become. Poor visual input equals poor physical output. You are only as good as your eyes, so put time and effort into getting good at spotting your apex, knowing where you want to be on the road, keeping tabs on what is going on around you, not getting sucked into target fixating, and not allowing your field of vision to narrow down to tunnel vision. These are all important things that are necessary in training your mind and your body into becoming as good a rider as you can be.

I remember one time when I was trying to qualify for a motorcycle race and I was struggling. I was feeling frustrated about the fact that I was far away from the lap time I needed to qualify and I didn’t think I was going to make the grid. I began complaining about my bike, saying that it wasn’t responding as well as it should and that I couldn’t get it to go where I wanted. My mechanic at the time looked me straight in the eyes and said: “Ride it faster then.” What he meant was that it was me who was holding the bike back, and that until I went faster using my own skills, he wasn’t going to let me blame the bike or change anything. I went back to the beginning and worked my way through the basics in order to find the times I needed, which worked out.

So, just like a piano player needs to practice scales, a singer needs to practice pitch, rhythm, and breathing, and a tennis player needs to understand grip and court placement, a motorcyclist needs to have a solid grasp of the basics of riding in order to become the very best rider possible. Don’t try and skip the fundamentals or look for an easy way to the top. Good technique always builds on basic skills.