Photography Masterclass: How to take great riding photos on your smartphone 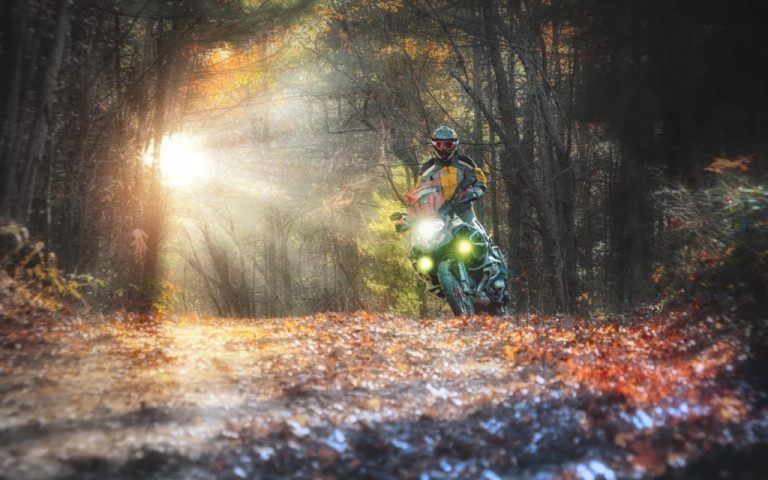 These days, smartphones come with incredible camera hardware and all it takes is a bit of knowledge before you’re taking share-worthy images. Here, Simon Thomas explains how he makes the most out of his phone camera while on the road.

I regularly get asked “what’s the best bike to ride around the world?” My answer is usually simple: “the best bike is the one you have”. My approach to photography is much the same. Life’s not perfect and it doesn’t go on hold while you pull out the perfect camera tool for the job.

When those ‘wow!’ moments happen that you absolutely must capture, often the closest camera at hand is going to be the one that’s pretending to be a phone. It’s true, more photos today are shot and shared via smartphone than any of the fancy DSLRs (Digital Single Lens reflex). This issue’s tips focus on helping you get the best images with your iPhone or Android-based device.

Yeah, I know. Not exactly the most positive of starts but, by understanding the limitations of your device, you’ll avoid wasting time and avoid disappointment when trying to capture images that your device simply isn’t capable of. Knowing what your phone camera can’t do just manages your expectations.

Remember, your camera phone has to guess what to focus on, so it’s crucial that you know how to tell your smartphone what’s important in the frame. Your phone needs to know what to get in focus and how to adjust for the darkest or brightest elements to ensure the important parts of the image can be clearly seen.

So, turn on the grid line feature (the three sets of vertical and horizontal lines that overlay the screen), which also helps with composition by getting you to think of the rule of thirds.

If you’re photographing a landscape, then tap the screen on the first line from the bottom or the lower third of the screen. This will generally ensure that your camera phone captures the maximum depth of field, which means as much as possible, from the closest to the farther elements in the image are in focus.

If you’re photographing a more specific scene, perhaps where your bike or a riding mate is the focus, or even a portrait or a face in a crowd, then stabilise the camera and tap the screen exactly where the most important element sits in the scene.

Your phone camera will then ensure that anything on that focal plane is in focus and it will adjust the light metering to ensure that it provides the best exposure to make sure that element can be seen.

The quality of images you can capture with your smartphone will depend as much on the software or camera app you choose to use as it will on the hardware (the phone itself). Although many of the basic camera apps that ship with smartphones are good, most aren’t great.

Third party camera apps like ProCam can be downloaded and offer control over ISO settings, and even allow you to shoot RAW files, jpgs or TIFFs, which can drastically affect the final quality of the image your phone camera produces. The better the camera app the better the final image.

It’s like putting better fuel in your bike, it’ll run faster and perform better. If your phone or app will allow, my suggestion is to shoot in RAW mode or TIFF for the best quality.

With your chosen camera app, there are a few settings you will need to take control of in order to capture the best possible photo. Just like shooting with a full-time camera, choosing a low ISO setting will produce less digital noise and artefacts in your final image.

Just make sure you have enough light to capture the shot, or put your smartphone on a small tripod. You can pick up a cheap phone-tripod for just a few quid on Amazon.

Tip 5. Are you Compensating?

It will be camera app dependant, but somewhere in the app you will have the ability to adjust ‘exposure compensation’.

Normally, this will be a simple slider that you move with the on-screen controls either into the negative range or conversely, the positive. Negative makes the image darker and you guessed it, positive makes it brighter. You’re now in control.

When the sun starts to go down, connect your smartphone to a tripod and enable the shutter delay feature. Most blurred low-light images happen because of phone movement which occurs when the user taps the shutter-button on the screen.

Using the delayed shutter feature means there will be a delay from the moment you click the on-screen shutter-button to when the photo is actually taken. You can use that delay to steady the smartphone and capture a sharp image.

Did you know that you can use your phone’s volume rocker button as a shutter release? Yep, instead of tapping the on-screen button, you can hold up your phone like a regular camera and actually click the volume + button and take a picture.

If this feature isn’t automatically enabled on your camera app, just go into your camera app’s settings, find the feature and activate it. Remember to tap the screen to set the focus-point of your composition, before you press the button to take the photo.

One feature not utilized by most and that ships with most camera apps is ‘colour control’. On the iPhone and most Android-based apps, there is an icon in the top left of the camera app screen that looks like three circles intersecting.

Opening this feature gives you access to a wide variety of colour filters, ranging from warming filers, which give your image a warming orange tone to ones that add a blue tint and cool the image. Other colour filters create black and white images and others, that allow you to control the overall colour tone of your photos. Give them a try, you’ll be impressed.

Have fun and make sure you share your results with us at www.facebook.com/2ridetheworld