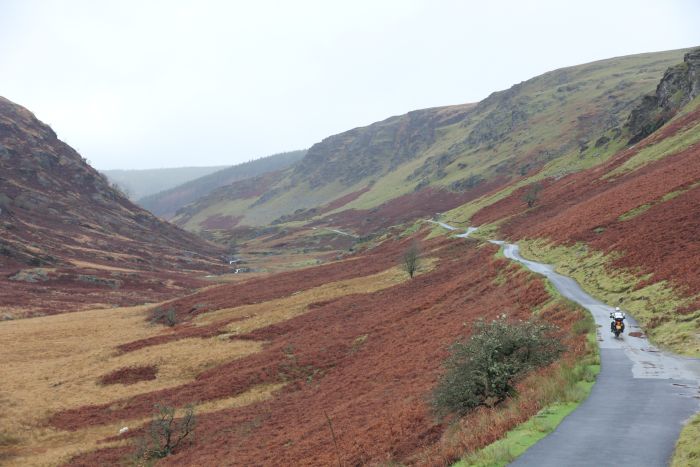 Discover Britain: Wales in a weekend

Over the past year in partnership with TomTom, we’ve been riding new routes by following as close to, and sometimes along (where legal), the UK’s long distance footpaths. In the process, we’ve been blown away by the new sights and roads we’ve happened to chance upon, and if feedback is any judge of popularity, then we know that ABR readers have felt the same.

So by popular demand we’ve teamed up with TomTom once again and set out to explore the home nations. The aim was to discover all that’s great about the UK whilst keeping an eye on practicality.

With that in mind, we’ve created a route around England and Wales (Scotland and Ireland to follow) that can be ticked off in bite-sized weekend chunks or joined together to make one big UK adventure. As with all ABR features, the fantastic roads are just a part of the experience where we set out to find all that’s great about our history, culture, heritage and natural attractions.

We’ll be presenting the entire route over the course of the next six issues, with each edition detailing a specific section of our circumnavigation of England and Wales. These routes have been especially designed to create some of the finest two-day tours in the UK, though when combined will give you a 12-day tour that will rival any on foreign lands. So, without further ado, here’s route one of six of our circumnavigation of England and Wales. 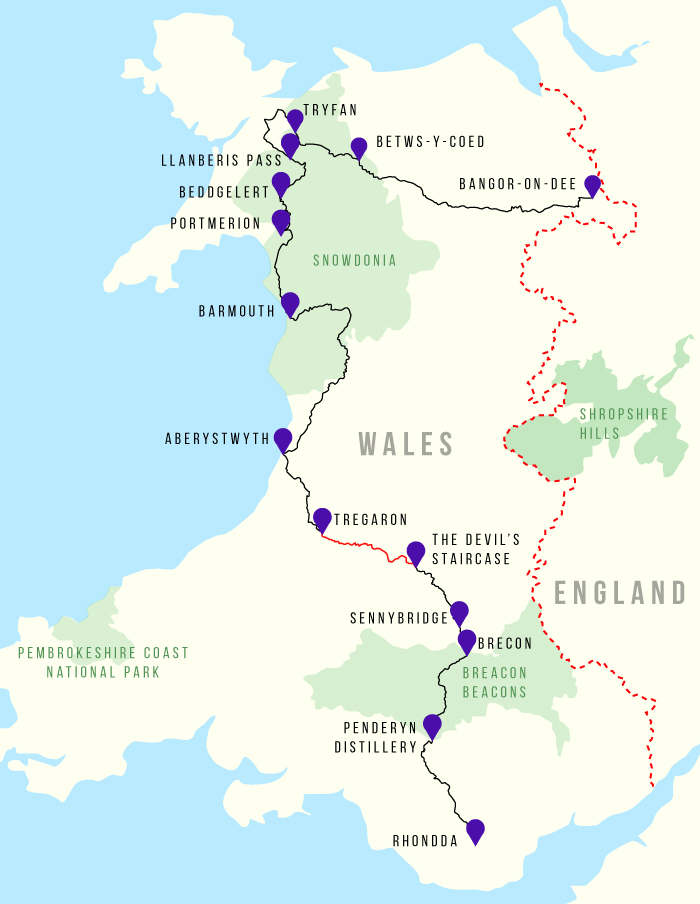 We start in the industrial heartland of Wales, the Rhondda, riding through the mining towns of the valleys before entering the Brecon Beacons. Through the Beacons we head to Sennybridge and Mid Wales, where we ride one of the the UK’s hidden gems, the Devil’s Staircase.

We stop overnight in the seaside town of Aberystwyth to rejuvenate before continuing north, hugging the coast past Barmouth, and to Portmeirion with its Italian inspired architecture. We then head out of Portmeirion and into the mountains of Snowdonia, riding through Beddgelert and over the Llanberis Pass before skirting past one of the UK’s most recognisable and iconic mountains, Tryfan.

To kick things off and to get you started on our Discover Britain series we’ve teamed up with TomTom to offer you the chance to WIN a TomTom Rider 400 Premium worth £399.99. All you need to do is send in a photo of your bike with the Discover Britain sticker in view, somewhere along the route. The best image, as voted for by our judges, will win the fantastic prize. Send entries to bryn@adventurebikerider.com by midnight on 9 February 2016.

To get your limited edition Discover Britain sticker (see above) send an email to bryn@adventurebikerider.com and we’ll pop one in the post. 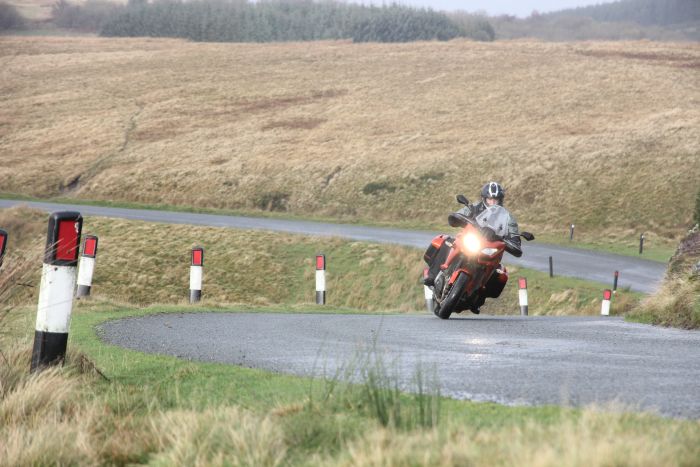 As you ride through the town of Brecon you exit the Beacons and enter the vast emptiness that is Mid Wales. While the roads so far have been fantastic, they don’t compare to the B4519, a B road that takes you through the Ministry of Defence owned Sennybridge Training Area.

This deserted road snakes its way through remote, rugged and awe inspiring scenery for the first few miles before you round a corner and for as far as the eye can see, untouched Mid Walian beauty spreads itself out before you, begging to be explored.

You can trace the route of the road off to the distance and all you want to do is ride. Twisting and turning through grasslands and wooded areas there’s not much to distract you other than the occasional suicidal sheep, so make sure you keep your wits about you.

Throughout Mid Wales there are many hidden valleys and roads that make for some spectacular riding. None more so than the Devil’s Staircase. This gem is easy to miss, though it’s well worth the time it takes to find and ride it. To make life easier, plug the postcode LD5 4TR into your SatNav. The road starts off innocent enough, following the Irfon river up a secluded and empty valley. Continuing on the single track road you’ll round a bend and then see the staircase zig-zagging its way up the side of a mountain.

A few bridges (which get scarily close to the river after heavy rain) later and you’re at the foot of a 25% incline. If you want Alpine-style hairpins, this is the road for you. From Devil’s Staircase to Aberystwyth the riding is incredible, and we passed less than five cars in the 30-mile journey across Welsh wilderness. 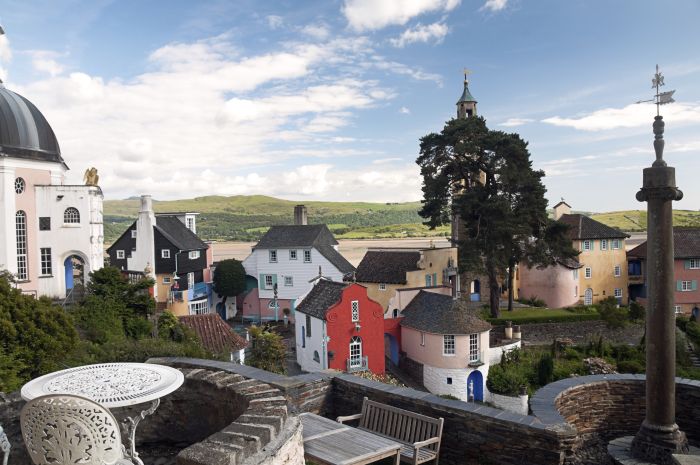 After riding up the coast of west Wales, as you first catch a glimpse of Portmeirion you’d be forgiven for thinking that you’ve ridden through some sort of portal and been deposited somewhere in the Italian Riviera. Designed and built by Sir Clough William-Ellis, this tourist town, some two miles east of Porthmadog, has been sculpted and arranged to pay tribute to the atmosphere and architecture of the Mediterranean.

Fans of the hit 1960’s TV show, The Prisoner, will recognise the streets and buildings of Portmeirion as being those of ‘the village’, and each year a Prisoner fan convention is held in the town. Portmeirion is the perfect place to stop for lunch on the second day of our Welsh weekender, where you an take in the stunning views of the estuary of River Dwyryd and the surrounding mountains. 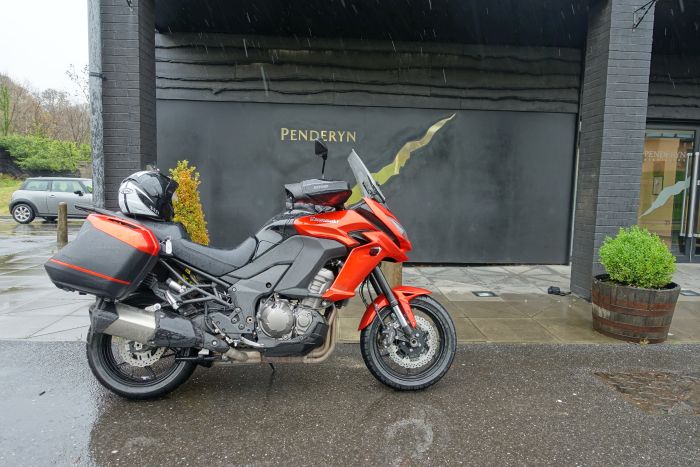 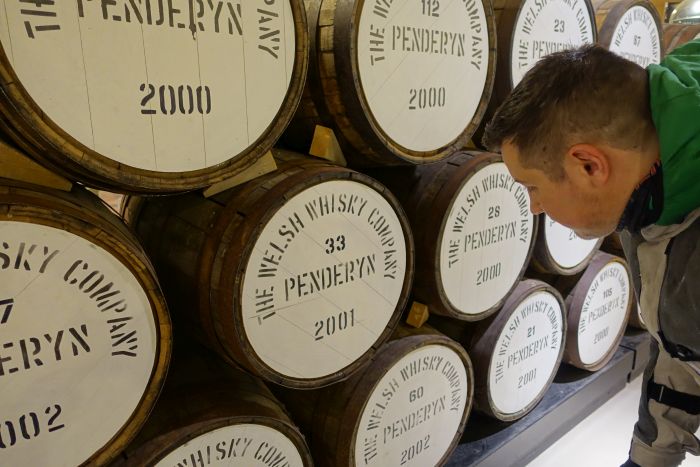 As you drop down from the excitement of Rhigos Road, a short ride up the A40059 will bring you through the centre of Penderyn and past the doorstep of Wales’s only distillery. Whether you’re a whisky drinker or not, a stop off at the distillery is a must, where Penderyn produces a range of three single malt whiskeys, all of them award winning and with their own charms.

We were surprised to walk through the entrance and hear a thick Scottish accent on he other side of the counter, “someone had to teach the Welsh how to make whisky,” he retorted when questioned about the heritage of the distillery. A tour of Penderyn costs just £8.50 (£6.50 for senior citizens) and this includes tasting two products. Of course, it would be irresponsible to hop back on the bike after downing some liquid gold, so the samples are available for take away. 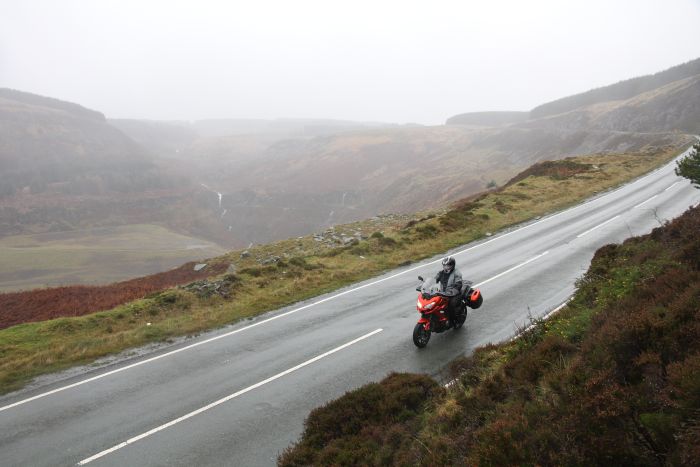 From Miskin Manor Hotel our route heads north on the AF119 towards Tonyrefail and the Rhondda Valley. Prior to 1851 there were only 951 people living in this region, and by 1921 this had risen to 162,729. The single reason for this huge increase was coal. The Rhondda played a significant part in the Industrial Revolution where at the turn of the 19th Century there were over 100 coal pits in operation. Today there are none.

Not so long ago the Rhondda hillsides were more black than green but following the decline of coal, large scale landscaping and regeneration, the steep sided glacial cut valleys display grand natural beauty with little to remind of their past industrialisation. The Rhigos Road, from Treherbert at the head of the valley over the Hiraun is one of the most scenic rides in South Wales. 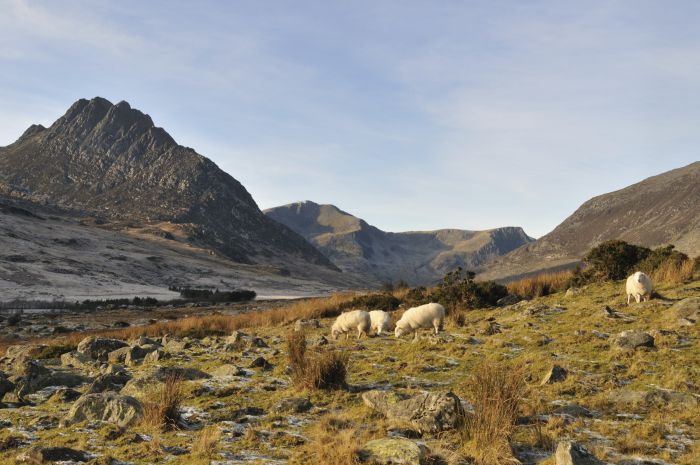 While it may not be the highest mountain in Britain, or indeed Wales, Tryfan is certainly one of the most recognisable. With its trademark shark fin ridge, Tryfan rises to 917m from the side of the A5 which skirts the mountain’s northern ridge.

Tryfan holds the unique title of being the only mountain on mainland Britain that you cannot walk to the summit of, with each approach to the apex requiring you to either scramble or rock climb. Visible from the road below, on the mountain’s crest sit the twin monoliths of Adam and Eve.

It’s an extraordinary feat of nature as to how these three-metre high rocks were placed so perfectly, though to stand on Adam and make the 1.2 metre jump to Eve is said to grant you the ‘Freedom of Tryfan’. It’s a hard to task to ride past this perfect mountain without parking up and admiring it. 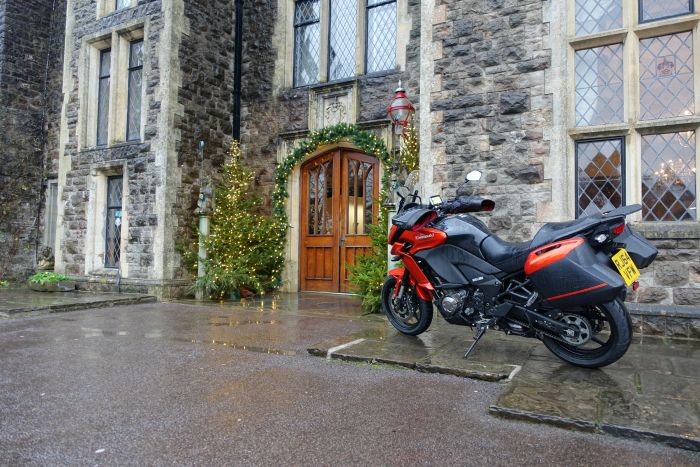 Our proposed route is best ridden over the course of a weekend, heading to the start on a Friday night and overnighting in the industrial heart of Wales, the Rhondda Valley. Perfectly placed for this is Miskin Manor Hotel, a Victorian manor house turned hotel, set in 25 acres of immaculate Welsh countryside. Friendly staff, great food and good beer await, while the manor house has a unique and charming atmosphere. Visit www.miskin-manor.co.uk for more details. 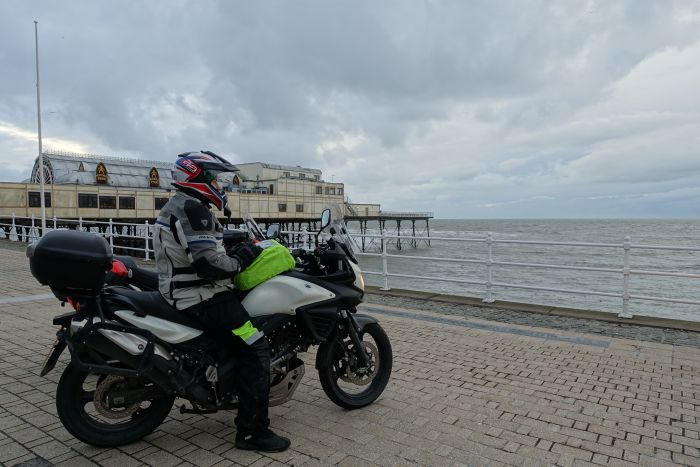 Aberystwyth, on the west coast of Wales, is the ideal mid-point of our Wales weekender. Having ridden through the wilds of Mid Wales the amenities found in the historic market town are welcome and you’ll be able to find good food and a bed to sleep in. Make sure you get some good rest here as day two of the tour will see you riding north along the coast and into the mountains of Snowdonia, where some of the country’s most spectacular and exciting riding awaits.