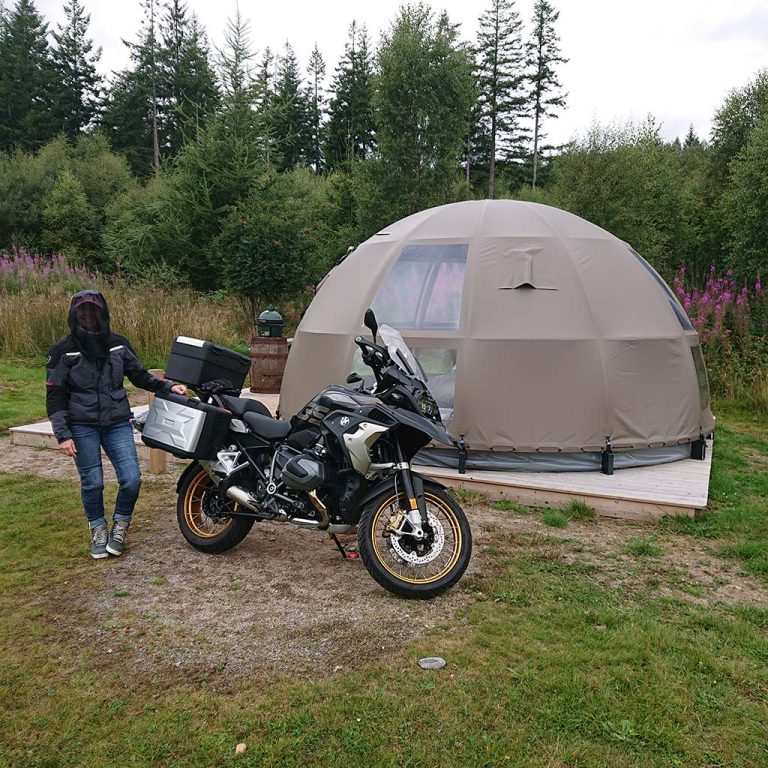 If Disney Did Scotland

The July/August issue of ABR had a great article on the west of Scotland and the magazine arrived as we were planning our own four-day trip to loop the west part of the North Coast 500, just north of the ABR route, visiting the Falls of Shin, Smoo Cave, Kylesku, and Ullapool.

My wife and I have done a fair bit of two-up touring in Europe but this was our first trip beyond the Great Glen, and our first journey on my new BMW R GS 1250 Exclusive.

Scotland was amazing and so beautiful, especially the roads from Durness to Ullapool. If Disney opened a Brigadoon theme park and employed the best Japanese imperial gardener, they might get close to the beauty we saw. It was bright and sunny mostly (Storm Francis just skimmed past us) although you may need a bit of luck with the weather.

The roads are often not more than one car width of tarmac with lots of passing places and sequential blind turns. Occasionally there may be lines on the road but mainly its driveway standard, free of gravel, and no significant potholes. I was in third and fourth gear most of the time.

I needed to be ready to break on bends because there is more traffic now than these roads were ever meant to take. The NC500 has been a huge success, but this also means roads that may have seen a tractor a day now carry a vehicle every few minutes in some places, and kids, sheep, and chickens are taking time to adapt.

One last thing, which the Scots will know, if it rained the day before, the air temperature is comfortable, and the wind has dropped, then it can be hellish unless you have a midgey net! 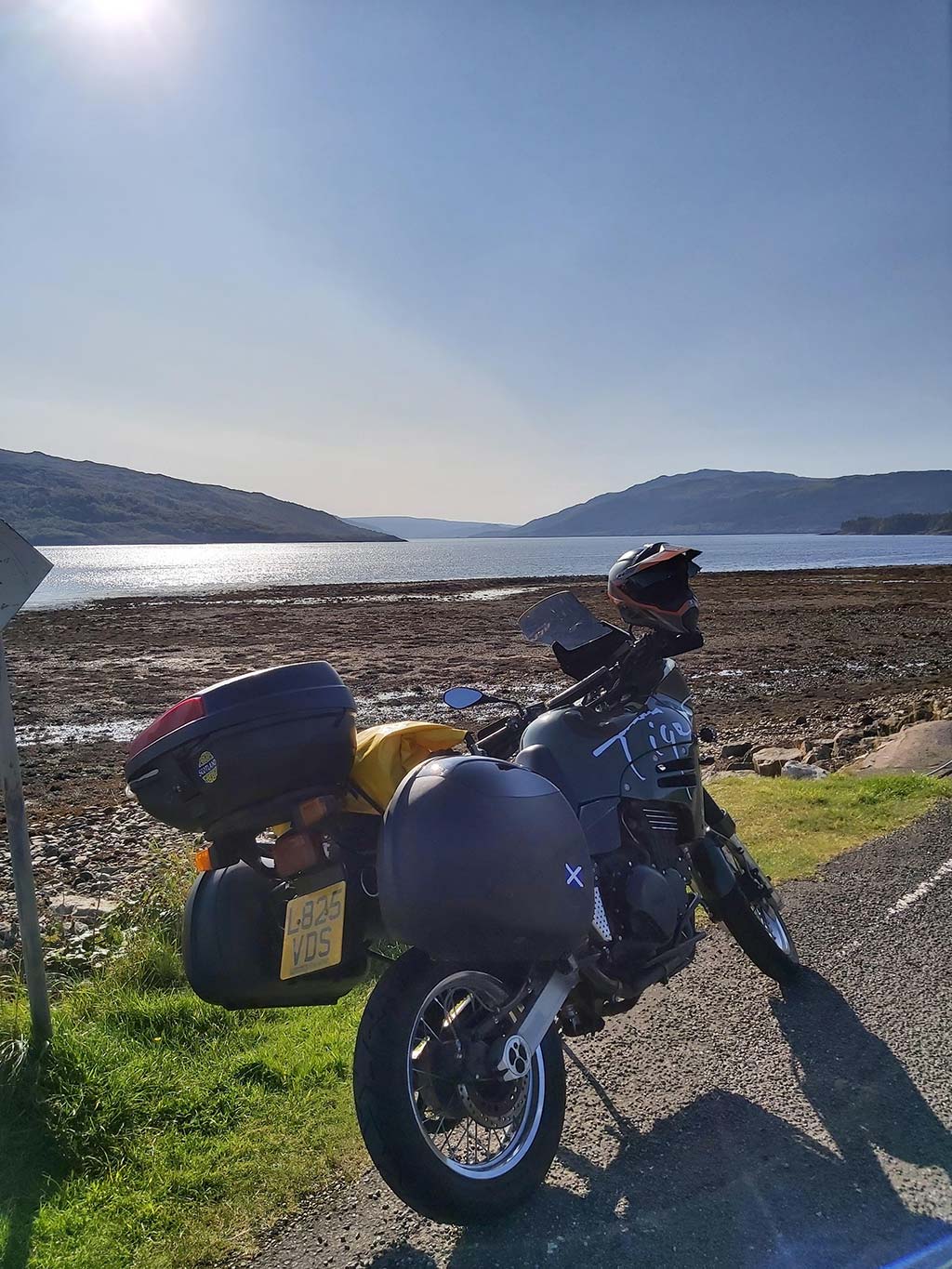 It’s hard to believe that it’s been 10 years since the first issue of ABR hit the shelves, and I was gladdened greatly to see the mighty Triumph Tiger 885 making it into the Top 10 bikes of the decade feature in the anniversary issue.

My ownership of the Tiger coincided with the release of issue one and it was clear to see Alun’s (ABR’s Founder and Publisher) enthusiasm for Hinckley’s finest from the get-go. I got the chance to chat all things ‘Steamer’ with him at the first Highland Boil Rally in Ullapool over a few cans.

Despite the fact that I’ve added a BMW R 1150 RT to the stable since, the Tiger remains my go-to bike for one-up trips and this picture was taken in September on the road to Ardnamurchan on the west coast of Scotland.

Thanks, as ever for the great work you do with the magazine and here’s to another 10 years of adventure bike travel. 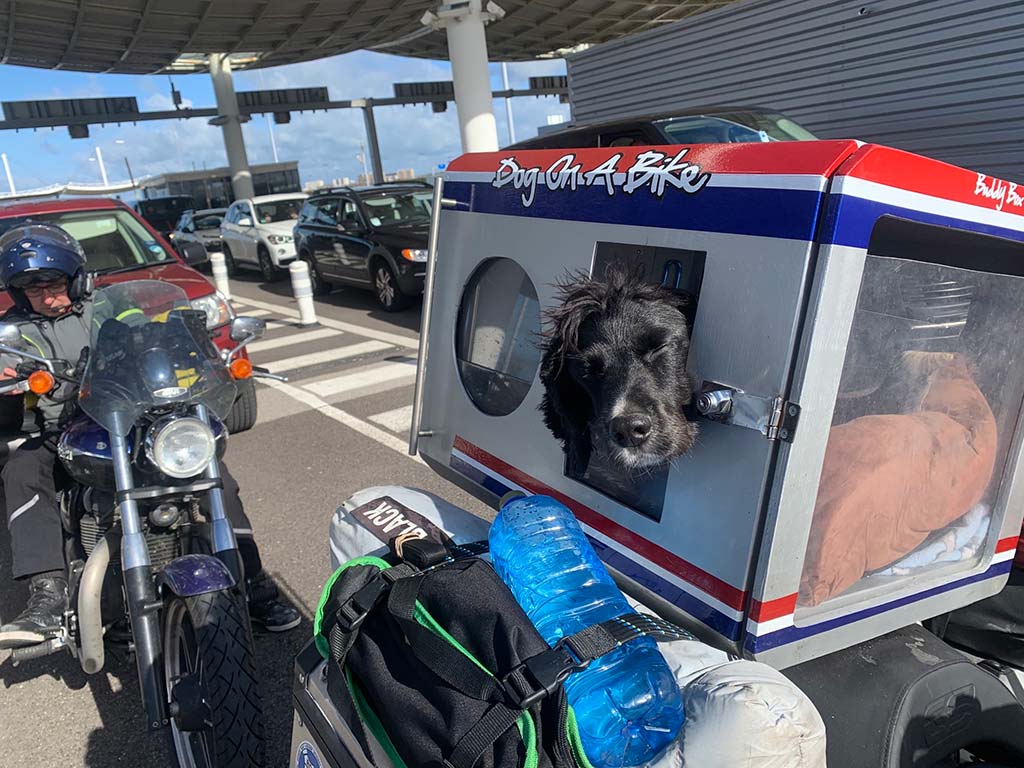 I recently returned from a fantastic trip through Spain with my friend and best mate Buddy the sprocker spaniel. I took the ferry from Portsmouth to Santander, through the Picos de Europa to Portugal, then across to Spain taking in the Costa del Sol, and back up north to Ruidera then Jaca. After that I rode through France to the Eurotunnel and back home to Saddleworth.

The roads, campsites, and hotels were all very quiet. Many times we were the only two campers on the site. The roads were absolutely fantastic whether you like straight highways, sweeping bends, or mountain passes. I also thoroughly recommend travelling with your best mate, your dog!