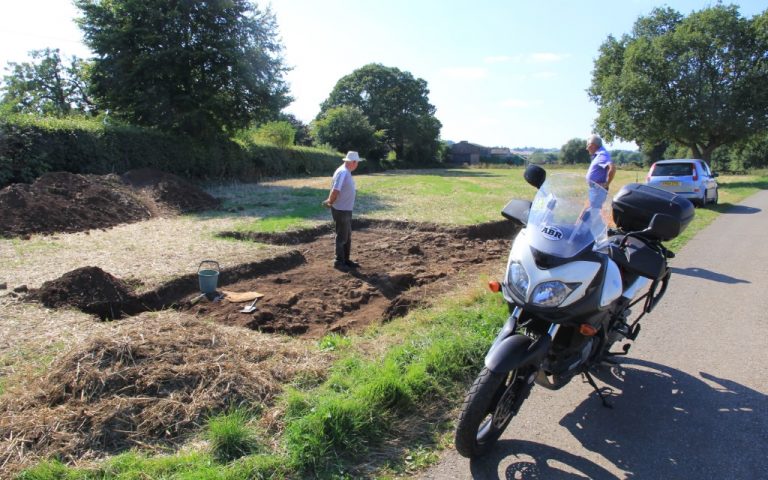 Bill and his Roman excavation

As the days grow shorter and the weather gets colder we often find ourselves needing a reason to ride. Alun Davies reckons the excitement of unearthing a local piece of history is just that.

Most weekends I’m more than content to hop on the bike and see where I end up however, human nature being what it is, I find that occasionally I vegetate in that Homo Sapian condition known as ‘can’t be arsed’.

Over the years I’ve found a formula that inspires and motivates on those days when getting off the chair and pulling on the boots feels like too big a challenge. It involves just one simple, inexpensive tool, a local OS map paired with my inbuilt curiosity and desire to explore in my own backyard.

Very few women have understood my need to take an Ordnance Survey map in the bath. But with autumn in full swing, my weekend rideouts become shorter, with a focus on the local rather than the full-day excursion. In that respect, an OS becomes my bath-time bible and motivator.

I’m fortunate that I find the shorter days of autumn and winter, for some reason, take me back to my childhood in the valleys of South Wales where I’d happily go wandering and exploring up on the local hills and through hidden wooded dells without a care.

The vibrant woodland colours of October, the late afternoon dusks of November and the crisp, early onset of winter have always held special appeal and I tend to spend more time outdoors than at any other time of year. I still get huge enjoyment from exploring the local countryside, searching for interesting and previously overlooked landmarks and it doubles the pleasure when I do so on a motorcycle.

At least once a week I put aside time for pouring over a local Explorer map for South Warwickshire and the Cotswolds searching out interesting names and features that take my fancy. Place names such as ‘Grims Ditch’, ‘Blessed Bottom’, ‘Squires Mound’ still induce a childlike fascination and a compulsion to go and see. Landmarks, especially those seemingly forgotten, with no road access such as ‘The Historic Village of Ditchford’, ‘Morton Long Barrow’ and ‘Meon Hill Fort’ heighten my curiosity and need to explore. 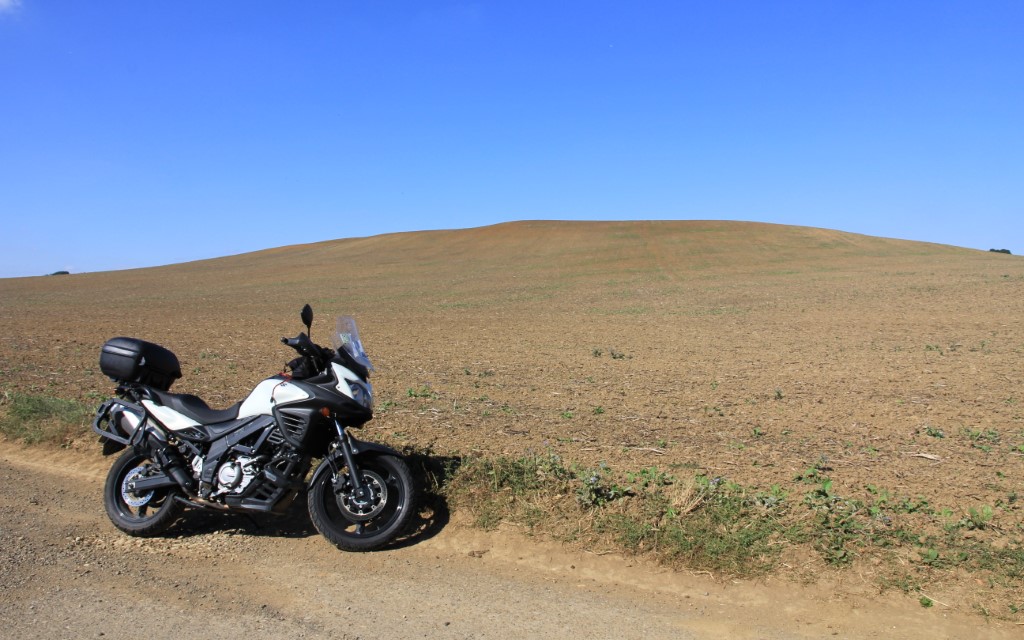 Just the other day I noticed a hill fort near the village of Hook Norton, famous for its traditional brewery. A quick check on the website www.pastscape.org (the English Heritage Archive database which holds records on 400,000 architectural and archaeological sites in England) told me that the Hill Fort at Madmarston Hill has suffered from cultivation, but was important because it is one of the few forts in the county which has been scientifically excavated.

So off I went on a bright, crisp Sunday morning to check out Madmarston. The Hill Fort was on a mound, naturally, about 300m off a single track lane that meandered through the beautiful North Cotswolds countryside. About 200m to the east I noticed that there was someone standing in a shallow hole at the side of the road.

Parking up the bike I walked over to check out what this troglodyte was up to. It turned out that Bill was single-handedly excavating a Roman house and had just uncovered several items of pottery as I arrived. His name was Bill and he was a member of an archaeological society. He had an infectious enthusiasm and eagerness to tell me all about the ancient footings he was standing in.

I chatted with Bill for the next 30 minutes while he pointed out seven excavations he’d undertaken in the nearby fields including the site of a Roman villa complete with well preserved mosaic floors. When I asked if I could view the mosaics he replied only if I was prepared to put in the spadework. Most excavations end up being recovered so that they can be preserved and allow farmers to go about their business unhindered.

I rode back home with that same warm feeling I experience every time I discover something new. Give it a go, I promise you, you’ll be amazed just how much there is to discover in your own backyard.