Readers’ Rides: Daniel Moore takes us on a motorcycle tour through France 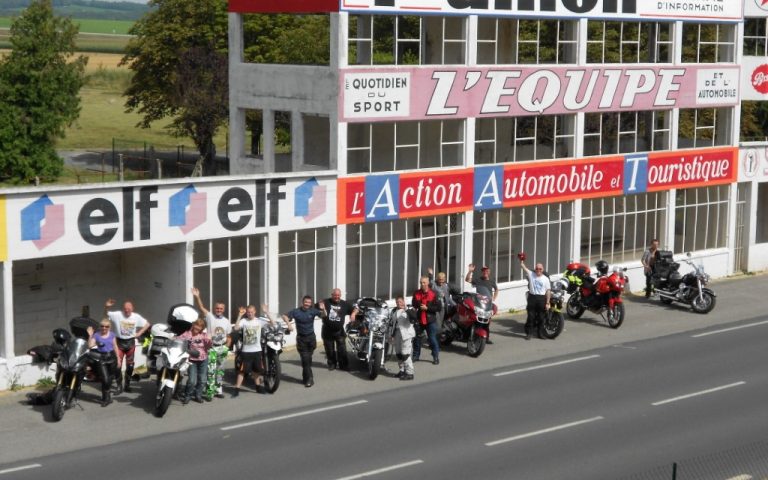 Daniel Moore takes the plunge in leading a motorcycle tour through France. We join him on the adventure…

My biking ‘adventure’ hardly began in the most extreme of environments – in an office, in Derbyshire to be exact. And more importantly, in a panic. With only a flickering screen saver and the patter of raindrops for company, I faced the stark realisation that I had just done something stupid. Aged only 21 years old and having never ridden abroad before, I had just convinced the manager of my dealership to let me arrange a bike tour, from scratch, which would see me leading a group of customers from our showroom in Chesterfield to the Haute-Alpes region of France and back.

It would be a first not only for me but also for the company, and as the magnitude of the task sunk in I couldn’t help but note that the sheer glee and ignorant optimism that had been present only five minutes previous had now been replaced by a stomach-churning sense of impending doom.

A fag-packet list of must do jobs was quickly assembled, and in a moment of ‘laugh or cry’ indecision I found it hilarious that I was qualified to complete… well, none of them. Plan the route? Never driven abroad, nor used a Sat Nav; Lead the group? Only ever toured with my Dad, and even then I followed him; and as for the money, dire straits. It was far from a promising start but as Winston Churchill once said, “Success consists of going from failure to failure without loss of enthusiasm.” Or something like that. Months went by in a montage of activity – flurries of phone calls, emails galore – and before I knew it we were nearly ready for launch. We had seven bikes worth of customers, a suitably experienced friend playing the role of lead guide and plenty of reservations (both literal ones with hotels, and mental ones regarding how it would all play out). Most importantly, I was armed with a company credit card and a Tiger 955i. In gaudy orange, complete with tiger stripe graphics and mismatched luggage. My co-leader John, by comparison, had a brand spanking Tiger 1050SE in crisp white, which together with his cool demeanour and umpteen previous ride leading trips to the continent meant that at least half of the operation gave off an air of professionalism.

After a night of frantic, last-minute panic-packing and words of warning from the missus, a drizzly dawn heralded the arrival of departure day. Given that we were setting off from a Triumph franchise, the punters’ bikes were mostly Tigers too. A normally tiresome journey to the tunnel was made all the more exciting by my pulse, which was pounding so hard I could feel my temple vibrating the liner of my helmet.

Delays due to mechanical failures (of the trains, not the Triumphs!) couldn’t overcome the desire to delve into France – pre-trip excitement peaks at the point of disembarkation, and simple things like road signs suddenly become sources of great wonderment due to their ‘foreignness’ – and passing through the North of the country wouldn’t be complete without paying respects at one of the many memorials to the fallen soldiers. In this case it was the majestic twin towers of the Canadian Memorial on Vimy Ridge, an elegant pair of peaks reaching high above the valley, shrouded by sombre figures of men mourning the loss of their comrades. A very touching affair, it was a stark reminder that the past is equally as important as the future.

From there on, long, fast, sweeping bends wound through relentless fields of pre-harvest crops scarcely interrupted by seemingly deserted villages, the crumbling plasterwork of houses and half-derelict church only defied by the occasional window-box of dazzling flowers. The riding was glorious: the roads smoothly surfaced and easy to read, traffic levels low and fun-factor high. And the most incredible feeling was that this was only the opening act, the warm-up.

For me personally, it all came to a head looking out from the weather station at the pinnacle of the ‘Windy Mountain’. As cyclists crested the summit and burst into tears of celebration, pouring out their heart and soul having completed a lifelong ambition, I too felt their wave of emotion and sense of achievement. The fluorescent tube lit cubicle seemed a long way behind me, and, at risk of sounding corny, I realised that the real adventure was not on two wheels, it was much more internal than that. I had moved from doubtful to re-assured, from cannot to can do; and I felt all the better for it. My smile was no longer painted on in spite of the stresses of the trip, it was unstoppable because of the pleasures of it. Although the journey was meagre in terms of the mileage and difficulty, its magnitude as a personal barrier breaker, confidence booster and door opener was unmeasurable, and it has assured me of the benefits of travel and the beauty of our planet and its people.

Anyway, thanks for reading but I’ll have to leave it there – lunchtime is over here in the office. Back to work. Daniel has set up his own motorcycle blog. To keep track of him visit www.elbowdown.co.uk