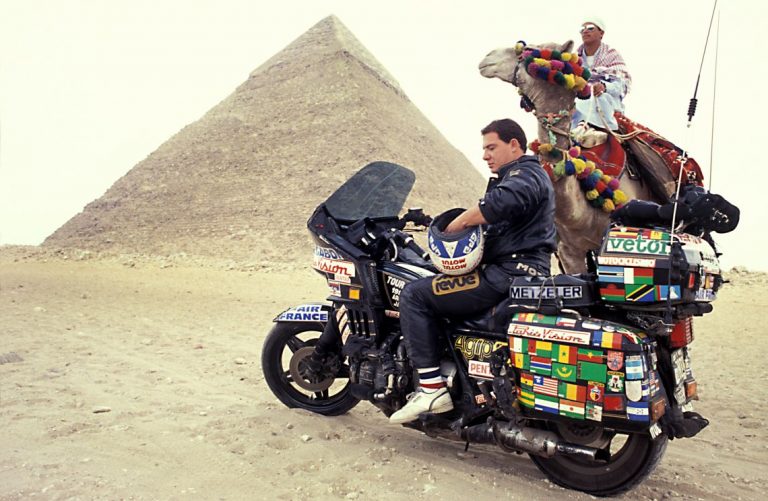 In 1985 an Argentinean photojournalist set out on the adventure of a lifetime. With nothing but the equivalent of £240 in his pocket and a 1980 Honda Goldwing GL1100 as his steed, Emillio Scotto set out on what came to be known as the world’s longest motorbike ride. Scotto covered 458,000 miles (the same as a round trip to the moon) over a period of 10 years and passed through 232 countries, where he got arrested countless times, gave a letter to the pope, had brushes with local militia in Africa, and contracted three major illnesses including malaria.

It is estimated that Scotto and his beloved Goldwing, which he affectionately named Black Princess, guzzled 47,000 litres of petrol, 1,300 litres of oil, worked through one replacement engine, 86 tyres, 12 batteries, nine seats, 15 traffic fines and five robberies. After 10 years of riding and presumably a very sore bum, Emilio went on to write a novel about his journey called The Longest Bike Ride: My Ten-Year 500,000 Mile Motorcycle Journey. Maybe he was also trying to break the record for longest ever book title. 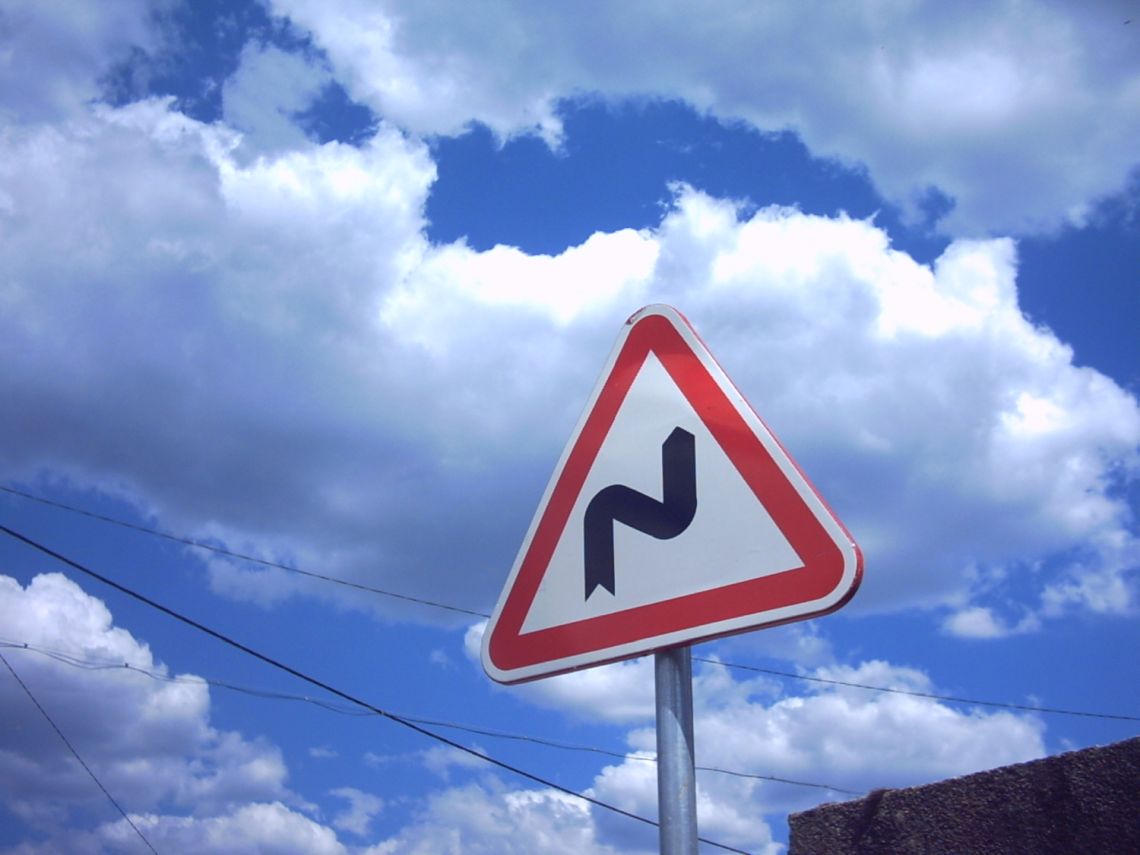 You don’t have to venture to the Alps to experience amazing roads with hairpin bends – you only need to look as far as Dorset and Britain’s bendiest road, the B3081. In 2006, a study run by Continental Tyres revealed that a one-mile section of road between Cann Common and Tollard Royal was the bendiest road in Britain. At just 30mph motorists can experience lateral forces of up to 1 positive G, something that wouldn’t look out of place on a rollercoaster or at a racing track like Brands Hatch. One section of the stretch stands out as being particularly bendy – the cleverly named Zig Zag Hill. This small segment of the road has seven sharp bends, four of which turn 180° back on themselves – sounds pretty fun. Look out for lorries and coaches on your side of the road though.

Highest… motorable pass in the world 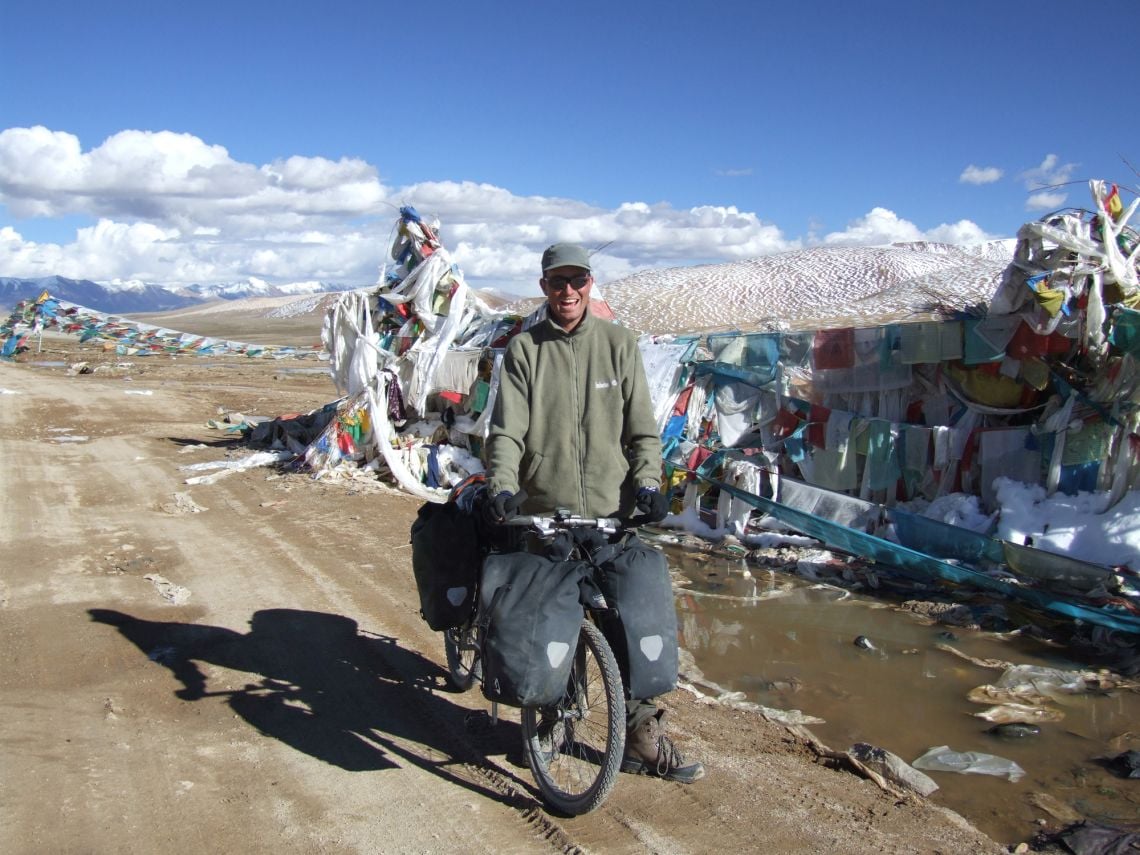 We all love Alpine passes: the long, exciting roads with the 180° turns that make you realise just why you love bike touring. Col de l’Iseran in France is regarded as the highest pass in the Alps at 2,770m – sounds pretty high huh? Yes, until you stand it against the highest pass in the world. Semo La in Tibet takes riders a staggering 5,565m (18,258ft) high. At this altitude, the performance of both the bike and the rider starts to suffer, as oxygen density is low. The mighty pass is found on the ‘Northern route’ in Tibet between Raka and Coqen, and not only does it hold the title for highest pass in the world, but also the highest bus route.

Fastest… circumnavigation of the globe by motorcycle 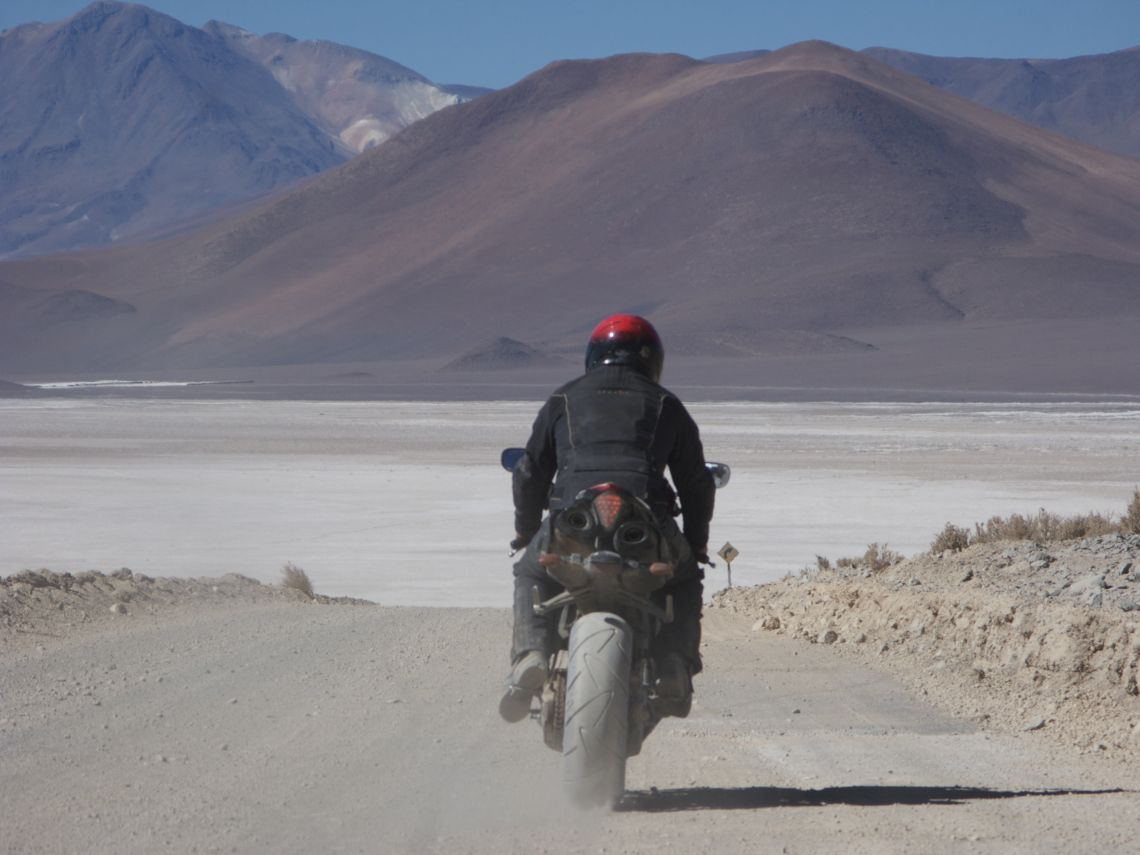 In 2005, a Brit called Nick Sanders completed a 19,000-mile circumnavigation of the world in a record time of just 19 days and three hours. The amazing feat was completed on a Yamaha YZF R1, which isn’t the obvious choice for such an adventurous challenge. The 19-day record smashed the previous record of 31 days 20 hours, which was set by none other than Nick himself when he rode around the world on his Triumph. Nick’s been biking since he was 16 and has ridden around the world seven times, with his first circumnavigation being on an Indian Enfield 500cc Bullet.

In April 2008 he set off to complete what has been labelled as the greatest ever motorcycle adventure: circumnavigating the globe via the longest possible route, covering 55,000 miles. As well as Nick’s motorbiking records he also held the world record for fastest circumnavigation by bicycle until his time was beaten by Mark Beaumont in 2008. Nick has also crossed the British channel twice by narrowboat and holds a private pilot licence for a hot air balloon. See more about this busy chap on p18.

Longest… road in the world 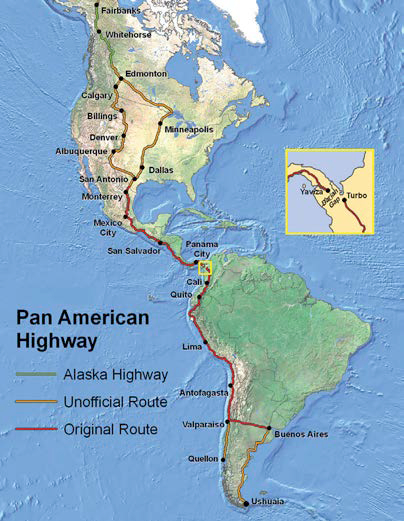 Ah the open road. Nothing gets an adventurer’s heart pacing quite like a nice long track, disappearing into the distance, promising endless possibilities. The A1 from London to Edinburgh is the longest road in Britain at 409 miles, but how far does the longest road in the world stretch for? The answer is difficult to gauge, but it’s thought to be 15,000 miles. The Pan-American Highway starts in the Alaskan city of Fairbanks and meanders its way through 14 more countries until it reaches its end in Buenos Aires, Argentina.

The reason it’s hard to judge is that there are some unofficial sections: the North American section of the road is not technically classed as part of the Pan-American Highway; and for a 54-mile section in Panama called the Darien Gap the road passes ‘unofficially’ through jungle terrain – while there is no road there the Gap has been crossed by motorcycle. Nonetheless, the Pan-American Highway is regarded by the Guinness Book of Records as the longest road in the world, and the fastest time recorded for completing it is 34 days by a biker called Kevin Sanders. 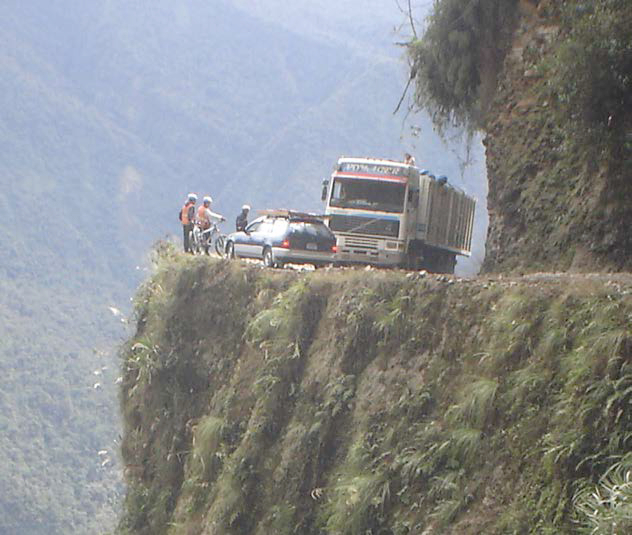 Imagine a road with drop-off s of over 600m on one side, no safety barriers and a width of no more than 10ft. Pretty scary eh? That’s what motorists in Bolivia have to face when they travel between the La Paz and the Coroico. The Yungas Road, also known as the Road of Death, is estimated to be responsible for 200-300 deaths every year as cars, lorries and buses plummet off the edge. In July 1983, Bolivia saw its worst road accident as a bus loaded up with over 100 passengers veered off the road into a canyon, killing everyone on board.

The road is single track, so passing other road users is bound to cause a few headaches. Local road rules state that whoever is coming downhill has right of way and must move to the outer edge of the road and make their way past the other vehicle. Rest assured though, the most popular falling places have all been marked with big Xs on the tarmac, so you’ll know where you’re most likely to die. In 2006 a new, safer route was opened which boasts multiple lanes and a safety barrier. Personally, I’d prefer the adventure and excitement of the Road of Death.