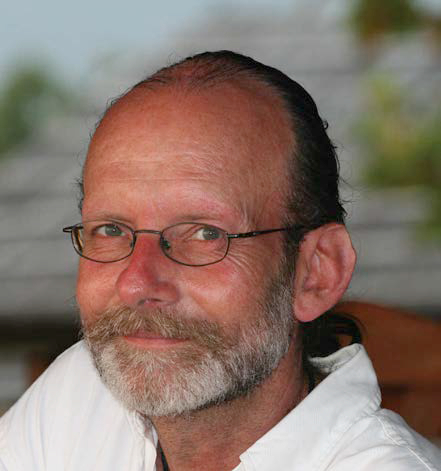 Sam Manicom is an almost accidental adventurer, who planned to spend a year riding the length of Africa and ended up spending eight years riding around the world. He’s now the published author of three books and his latest comes out this September. Check out www.sam-manicom.com for more

What is your number one piece of advice to would-be bike adventurers?

Just do it! There are loads of things that will stop you from going: the planning, money, the right equipment and of course the fear of the unknown. The latter is all part of the greater buzz and after all, it’s the unknown that’s so fascinating out there isn’t it? So just go. Enjoy the anticipation and then make it up as you go along. I did it three months after passing my bike test…

What did you miss most when you were away from home?

Tell us the friendliest nation you’ve travelled through?

For me, there isn’t just one. I rode out expecting to be treated with suspicion, to be robbed and shot at, but I didn’t travel in one single country where I wasn’t made welcome by the people I met. It was quite humbling. 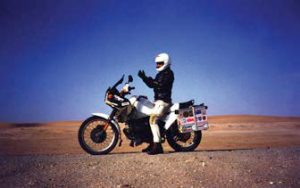 If you could pick one country to ride through for the rest of your life, where would it be?

If I was in the mood for a never-ending stream of days that are filled with conflict, the unexpected and the exotic, then it’d have to be India.

It feels as if you spend your days riding on the edge. It’s a land that has you on constant full-on intake overload. But if I was looking for a country that is amazingly diverse, stunningly beautiful, great roads, very friendly people, good food and enough of a challenge to give most days a gentle buzz, that’d have to be Colombia. I suspect I’d live longer there than in India!

What luxury do you take on your travels?

A luxury’s a healthy thing to have, even if carrying it is quite illogical: it’s good for the soul when the going is rough. I had a beard trimmer, which is completely daft to carry and therefore a complete luxury. Then again, it does help to look neat when you’re dealing with officials…

What is it about adventure travelling that really does it for you?

One of my catchphrases is ‘every day an adventure’. The road on two wheels gives you just that. You ride through every extreme – everything from pain to pure exhilaration. 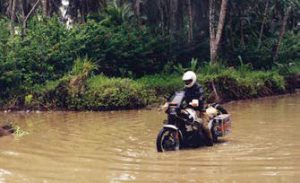 That still has to be when I was thrown into jail in Tanzania. It was a very dodgy situation and I only just escaped from being raped. It’s all in my book Into Africa. I was also shot at a couple of times, and I wiped out in the Namibian Desert, resulting in 17 fractures on a remote track with no one around…

Who would you least like to take pillion with you on an adventure?