The insiders guide to riding the Isle of Man 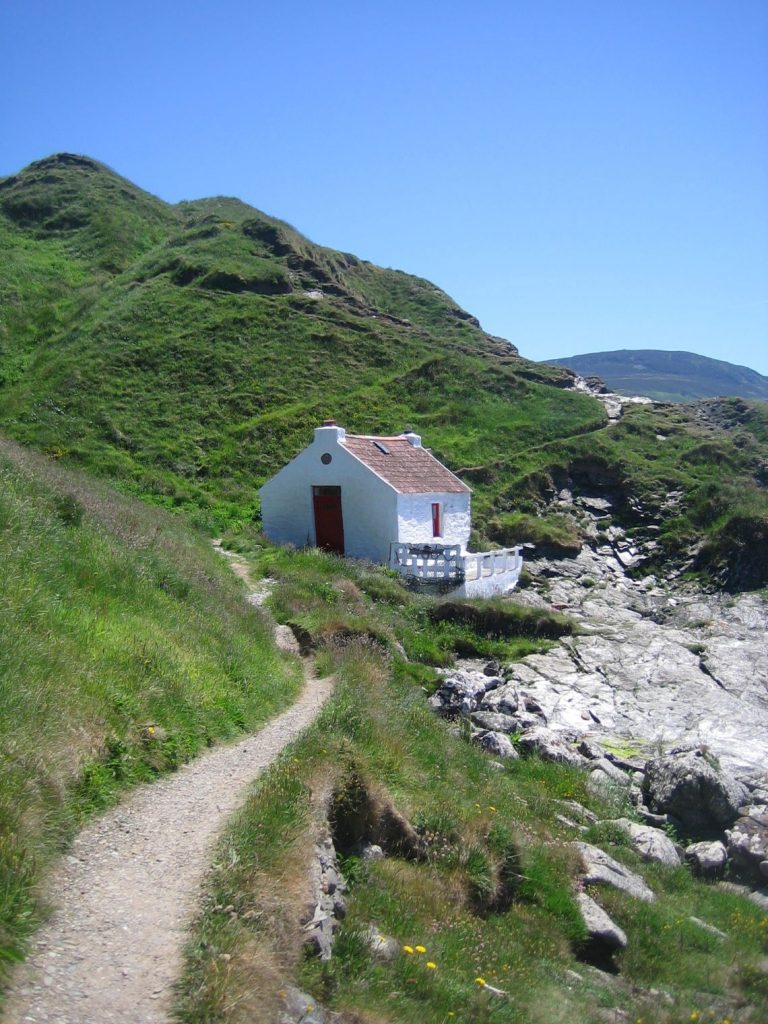 Inside Track: The Isle of Man

The Isle of Man is the perfect ‘first tour’ as it is rightly famous for the TT races but it has so much more to offer motorcyclists outside of TT fortnight. You’ll find it much cheaper to visit at other times of the year and it’s much less crowded, making it a more relaxed break away from it all. The coastal scenery is stunning and the hills and glens in the centre of the Island equally so. And because the Isle of Man is so small, you can take most of it in during a weekend stay. Here are a few things you must see and do when you visit the spiritual home of motorcycling.

Why: This is the oldest and largest working water wheel anywhere in the world. Affectionately known as Lady Isabella, the Laxey Wheel first started pumping water out of the Laxey mines in 1854 and it’s still going strong, even if only in an aesthetic capacity – the mines closed in 1929. You can still enter a small section of one of the mines to get an idea of the conditions the men had to deal with in sourcing lead, copper, zinc and silver.

The wheel itself has a circumference of 277ft (84m) and a diameter of 77ft (23m). A series of 95 tight and winding steps take you to the viewing platform more than 80feet (24.4m) above the ground. The platform offers a fine view down the lush Laxey valley towards the Irish Sea but it’s not for those with a fear of heights. Entry is £4 for adults and £2 for children aged between 5 and 15. Open from April 2-October 31 from 10am-5pm. For more information visit www.gov.iom 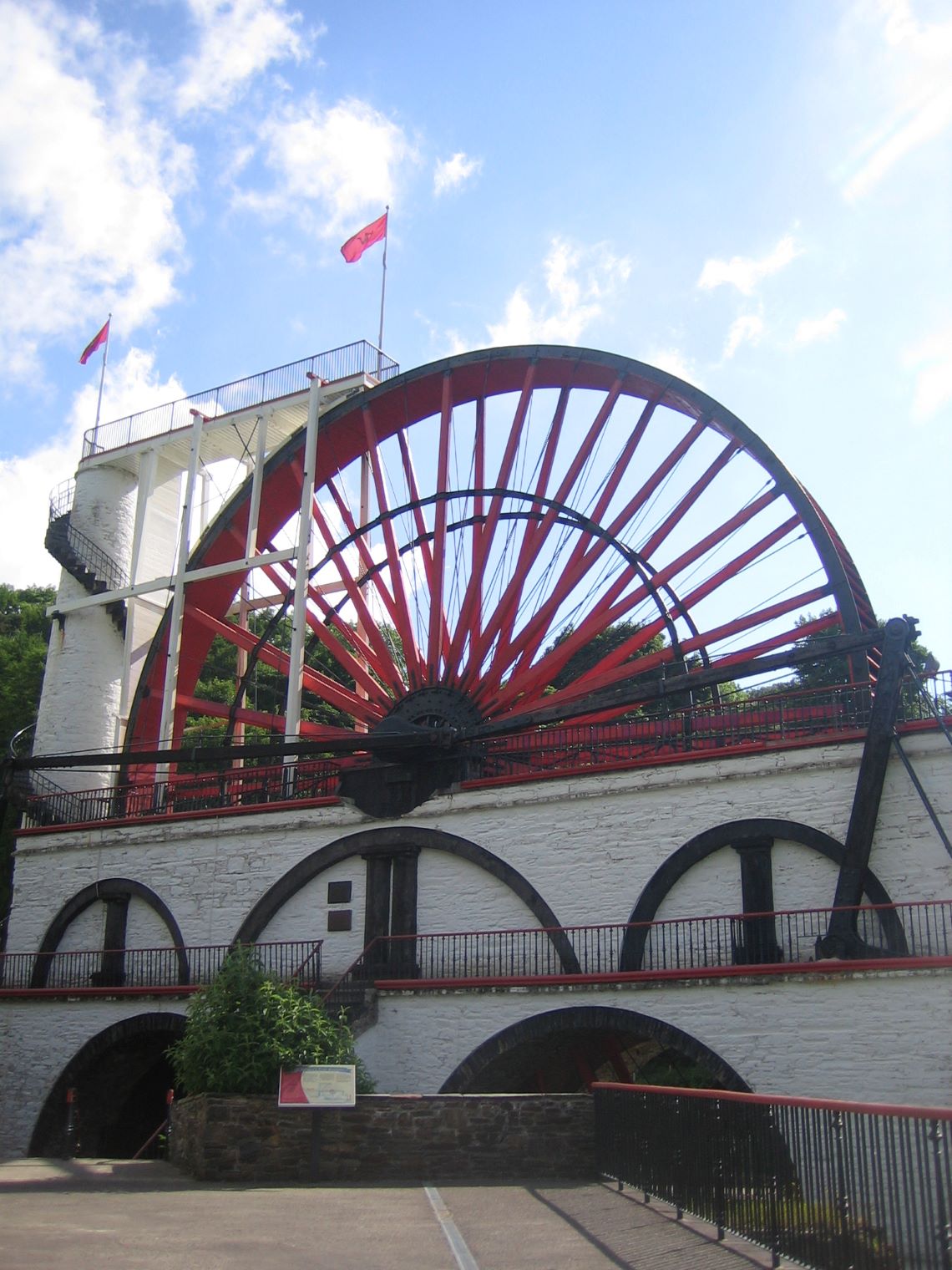 Why: Basking sharks are the second biggest sharks in the ocean; bigger than great whites and second only to the enormous whale shark. Their dorsal fins and general body shape look similar to the great whites of Jaws fame but since basking sharks don’t have any teeth, they’re harmless to humans. The animals feed on plankton around the coast of the Isle of Man between mid-May and mid-August and can often be seen from the shore with a decent pair of binoculars. But a boat trip gets you really close to these magnificent beasts. There are various experienced operators but as basking sharks are an endangered species make sure your guides are registered to operate near large marine wildlife. The Foillan Beg leaves from Peel harbour. Telephone Mal or Andy Kelly on 07624-434457 or visit www.manxbaskingsharkwatch.com to see a full list of operators. Trips cost as little as £12 per head. 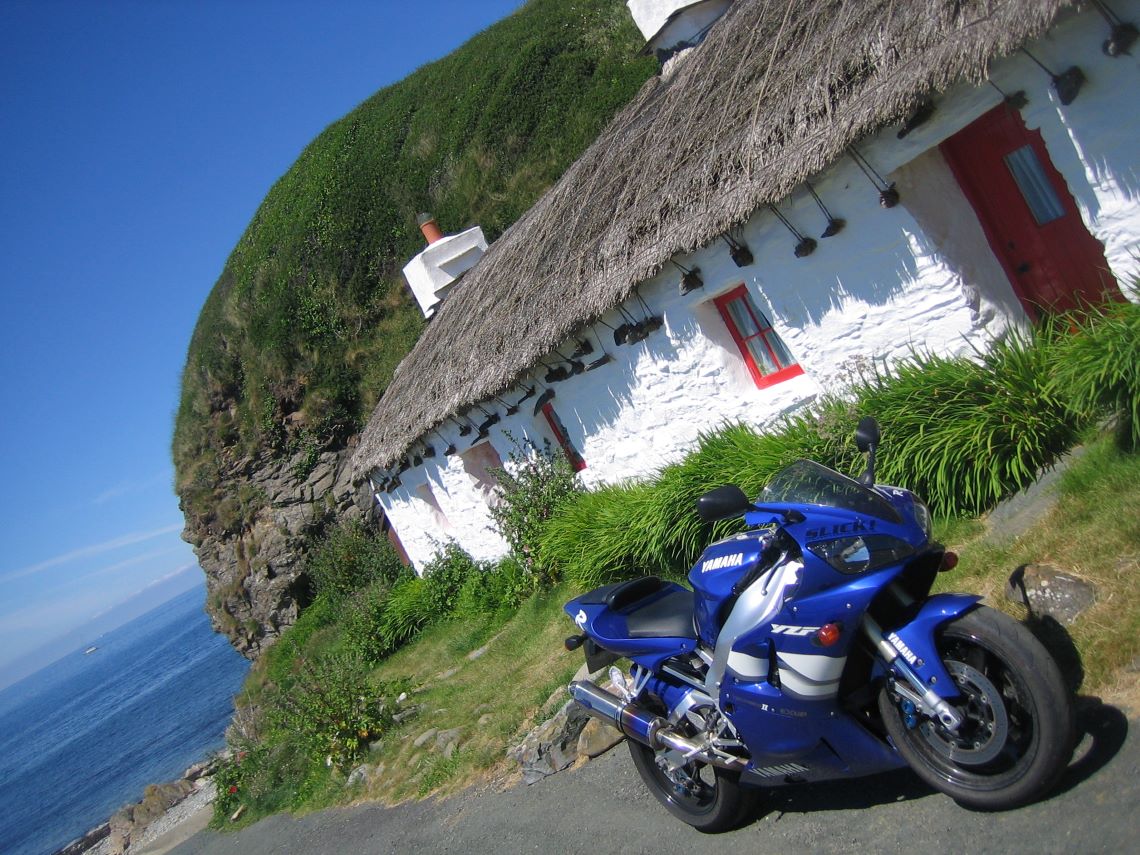 What: The Isle of Man TT Mountain Course

Why: You can’t visit the Isle of Man on a motorcycle and not complete a lap of the world famous TT course. It’s just one of those boxes in life that must be ticked. The 37.73-mile course is regarded as the most challenging, demanding, and dangerous in the world and it’s easy to see why, even when you ride round at a much more sedate pace than the racers who average over 130mph a lap. Stone walls, houses, bridges, jumps, tram lines; the TT course has the lot. By far the best part for road riders is the 12-mile Mountain section (A18) which runs from Ramsey to Douglas. Fast, flowing and open so you can really see through the corners, the road is also de-restricted so, as long as you don’t ride dangerously, you can pretty much go as fast as you like without breaking the law. Do you need any other reason to visit the Isle of Man?

If you want to complete a lap of the full course, head out of Douglas on the A1 towards Peel then turn right onto the A3 at Ballacraine crossroads. The A3 takes you north to Ramsey and then you exit the town on the A18 for the run back home over the Mountain. For a quiet lap, it’s best to head out before 8am as the course takes in the Island’s main roads and they can get very busy. If watching the races appeals, do try the Manx Grand Prix (21st August – 3rd September) this is – in effect – the amateur TT and correspondingly the roads are less clogged with bikes and the atmosphere more relaxed!

What: Peel Castle and Castle Rushen

Where: Peel and Castletown respectively, both less than half and hour from Douglas.

Why: Two superb medieval castles of a very different nature that dominate the respective environs of Peel and Castletown. Peel castle is the older and dates back to the Norse conquest of the Isle of Man in the 11th century. Its curtain walls remain intact and there’s an audio tour to guide you through the inner keep with its ruined cathedral, tower, and dungeons. The views looking out to sea and back onto Peel are wonderful and you’ll probably see some seals in the harbour too. When you’re in Peel, don’t miss the chance to try some famous Manx kippers at the Creek Inn by the harbour side or visit nearby Moore’s Smokehouse where they’re treated. You can even send some vacuum-packed kippers home as a traditional Manx present!

Castle Rushen gave its name to the ancient seat of Manx power in Castletown in the south of the Island. It dates back to the 12th century and is considered one of the best preserved medieval castles in the British Isles. It is also the former seat of the Kings and Lords of Mann and offers superb views over the pretty fishing village of Castletown. While you’re in the area, don’t miss out on the chance to ride the scary 4.25-mile Billown circuit which hosts the Southern 100 road races. It’s almost completely lined with stone walls and makes the TT course look like the M1! The startline is just outside Castletown on the A5 road to Port St Mary. 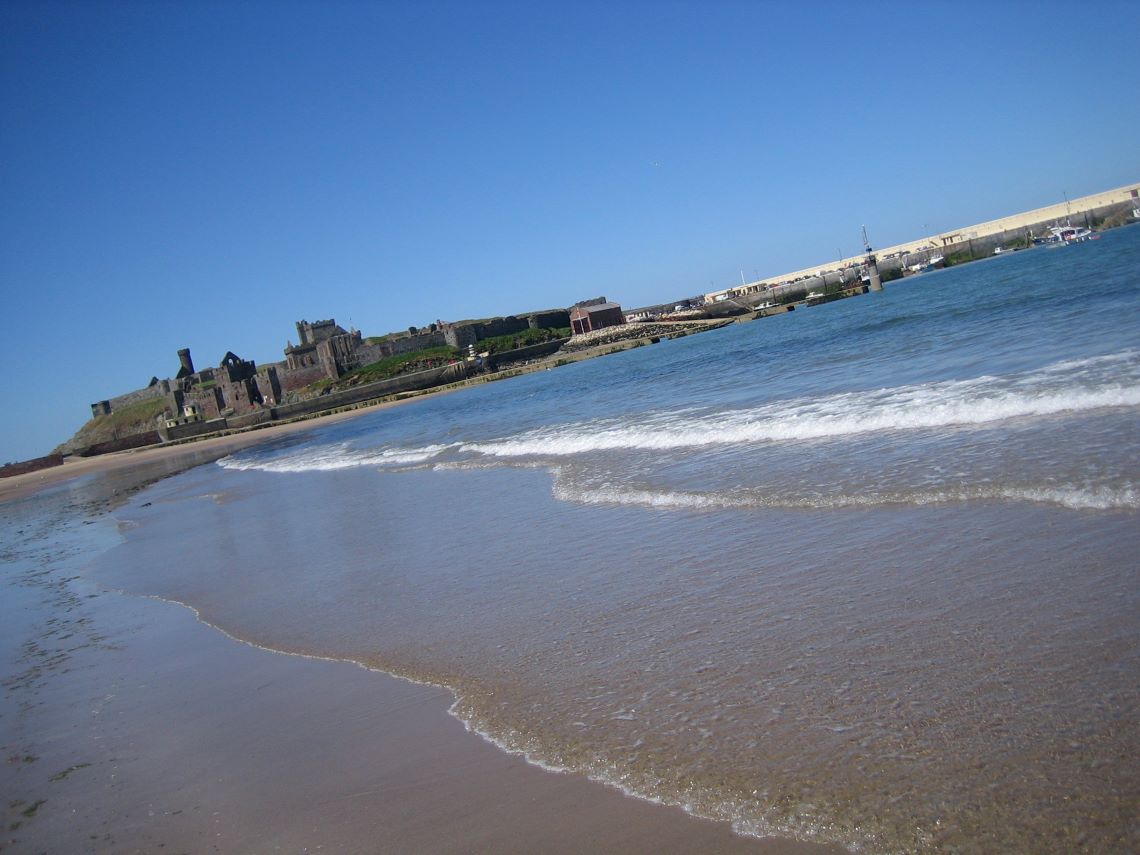 The Isle of Man: A Self-Governing Island

Although it’s so close to British shores, the Isle of Man is not a part of the United Kingdom, Great Britain, or even the European Union. Technically, it is a Crown Dependency but, to all intents and purposes, it governs itself through its own parliament, known as Tynwald. So while many things will look and feel familiar, there are some important differences to bear in mind when you visit. Here are the most important ones:

The Isle of Man has its own money but also accepts English, Scottish and Irish notes. It’s best to change your Manx money before you return home however as it is not usually accepted back in the UK. If you are stuck with some, you should be able to pay it into your bank.

Reciprocal health deal: Are you covered for medical care on the Isle of Man?

The Isle of Man has long enjoyed a reciprocal health deal with the NHS meaning that UK visitors travelling to the Island were covered for any medical treatment. This deal was set to end in May, 2010, under the Labour Government but was given a stay of execution while further talks took place to save the status quo. At the time of going to press, UK visitors to the Isle of Man are still covered but the situation could change in the near future so it’s best to check before travelling and take out insurance if needs be.

Speeding: How fast can you go?

All towns, villages and other key areas are subject to speed limits just like in the UK. The difference with Manx roads is that outside these areas, the roads are de-restricted so it’s legal to go as fast as you like, though there are conditions. If the police think you are driving dangerously or without due care, you will be nicked and any driving ban will apply in the UK too thanks to a recent reciprocal deal. There was a time when you could get banned from driving on the Isle of Man but still drive legally when you got back home but this is no longer the case.

The Isle of Man Steam Packet Company sails to the Island from Liverpool, Heysham, Belfast and Dublin. Return prices for a bike and rider in the summer months start at £94.50. Visit www.steam-packet.com or call 01624-694456 to book.