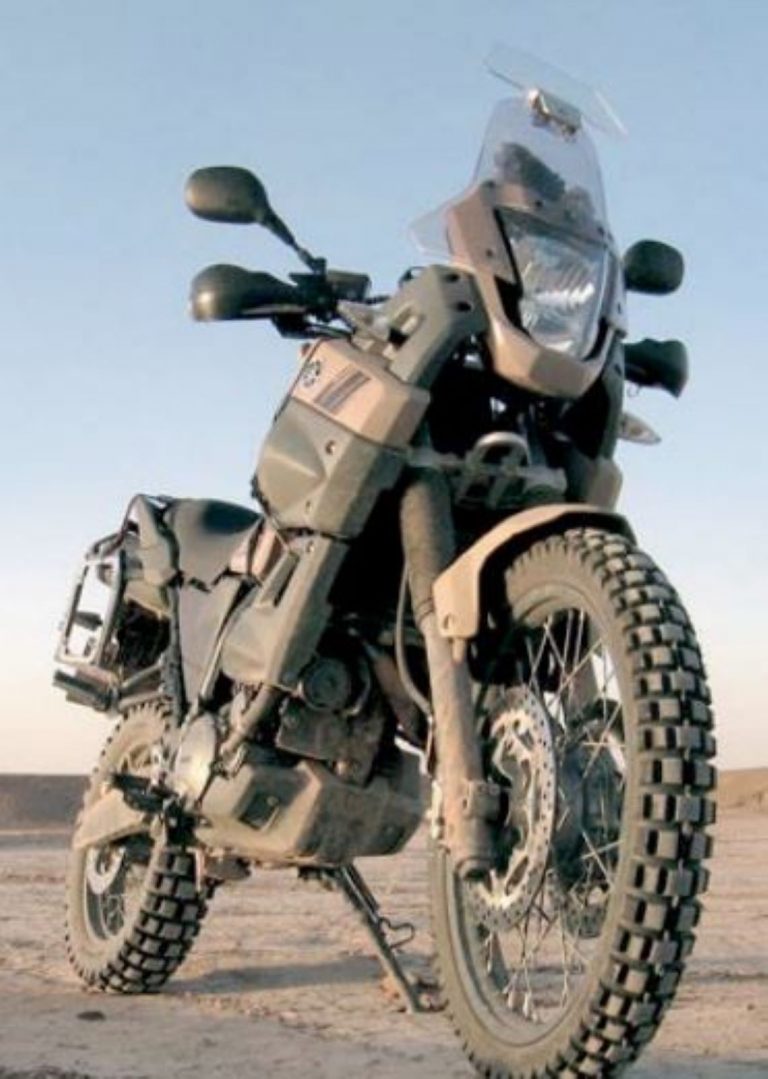 You never thought we’d ask you that

ABR Chris Scott, author of Adventure Motorcycling Handbook, aka ‘The Bible’, has been exploring the world on two wheels for most of his life and knows the Sahara like the back of his hand…

Tell us about your first ever biking experience?
Setting off from London for Snowdonia one January on my Honda SS50 with an ice axe on the back. The family atlas showed a single road, the A5, running all the way from Marble Arch. All I had to do was track down the Edgware Road and stay on it. It all ended somewhere in Leicestershire with fuel problems and a snow storm.

What’s the appeal of adventuring by bike for you?
It’s a pretty standard formula: the allure of the unknown and the satisfaction of mastering it. For an adventurer, planning and research are also a big part of the appeal, which is why it’s not uncommon to prepare a bike for the Big Trip but not actually go. For me in particular, a riding adventure is all the more guaranteed by seeking out the back roads.

How’s adventure motorcycling changed since you first went exploring on two wheels?
There’s no longer a need to make your own gear or adapt your bike much, and information has become easier to access. As I got into it in the early 80s, a new genre of bikes was born – Dakar Rally clones like the BMW GS, Yamaha’s Tenere and the underrated Transalp – all of which also happened to make great overlanders. One thing that’ll never change are the butterflies in your stomach as you set off on your first big trip.

Where’s your favourite place to ride and why?
Off-piste exploration in the central Sahara, even if those days are over now. Who could fail to be inspired by a trackless sand sheet unrolling towards a distant mountain range?

Where have you yet to ride but would really love to, and why?
High Asia particularly appeals. I’ve done a couple of cycling trips along the KKH and in the Indian Himalaya and would love to spend a season there on a suitable bike.

What’s been your biggest challenge while adventuring by bike?
Filming Desert Riders was about as far as I could take it with bikes in the Sahara; unsupported, a bike is not so well suited to desert exploration. It included laying fuel and food caches in advance in a 4×4 to extend our range.

What’s your dream fantasy bike?
I liked the functional MT350E in the last issue of ABR; of the 1,000+ trip reports on my AM website, ‘bike too heavy’ is the biggest complaint. The current range of ‘adventure motorcycles’ are really the new breed of tourers; great looking and fun to ride, but too heavy, complex and expensive for me. So it’s fun to cook up something nearly as good for a lot less than the £17,207 for a 1200 GS with all the fruit. My priorities are fuel economy without huge tanks, comfort, some off-highway utility and, up to a point, disposability, so the thing is not a millstone.

In the early 1980s, when the original XT600 Tenere was still a bit flash, I made a ‘Benelée for the Sahara: Honda Benly in an AJS MX chassis plus a bit of RD, XLS and VW. Right now my latest Frankenbike is nearing completion: a Suzuki GS 500 with DR suspension and 19-inch wheels. One spare fits both ends. I got the motivation to jazz up the GS after watching On Any Sunday at Horizons last year, put on by Austin Vince. Check this out: http://tinyurl.com/yjpjepd

The Sahara’s like your second home. What first inspired you to go there?
Initially a despatching mate wanted to ride to Kenya, and I agreed to go as far as the Ivory Coast with him on my XT500 as it sounded cool. The Sahara was just something along the way. He lost interest, I didn’t, but ground to a halt halfway across the Sahara because the ally fuel tank cracked. The next 30-odd visits in as many years have ended up in the desert on purpose. On the first few trips you learn the ropes, make mistakes and discover what’s possible. Once you’re over that, further exploration is only limited by your imagination.

How have your impressions of the place changed over the years? Is it still an adventure?
It’s still an adventure out there and always will be, but lately not in a good way. We just avoided running into an extended kidnapping in 2003. Three riders we met got grabbed and released six months later and a few kilos lighter. You now need local escorts trailing you in cars; not really AM riding.

What’s been your most costly mistake?
My first Sahara bike tour in 1988. It took a lot of dishwashing to pay off that one. Six riders left Marseille with me in a Land Rover 101; only one came back riding, and it was he who carved a tombstone with my name on it one overheated night. Most of Desert Travels (a book I wrote in 1997) describes that sorry, sorry tale.

What keeps you awake at night?
The latest Brilliant Idea.

What’s your most indulgent luxury on the road?
Being there. Not everyone has that opportunity or recognises it’s worthwhile.

What’s your best quality?
In AMR terms, coming up with killer routes, although I imagine others can do that, too.

And your worst?
Slowing down. Sometimes I get a feeling the nature of motorcycling discourages this; if you slow down too much you fall over!

You can take anyone dead or alive for a pint; who would you take and why?
I’d say it’s the 71-year-old bloke I met the other day. No interest in motorbikes, but he picked up the copy of ABR that was lying around and was thrilled by the very idea of a new way of travelling, even though he’s spent a life on the road.

Tell us something only your closest friends would know
I dig packboats.

What’s your advice to would-be ABRs?
It’s easy to get hung up on the gear and the machine, but these are only a means to an end. Once you get on the road, information and opinions turn into knowledge as a result of actual experience. What makes adventure motorcycling more memorable than hitting a hundred over the moors are human encounters in far-off lands; it’s not about the bike.

What motorcycle adventure / projects are you currently working on?
I’m curious to see if the GS rides like a jellyfish or a shark. Desert Travels is nearly out of print so it’ll be fun to make it into an e-book. There’s the sixth edition of Adventure Motorcycling Handbook for next year, riding the jellyfish to Lhasa or doing Morocco on a quad bike. I think a quad would make a great AM machine. I also started writing up my early biking years; ‘Barefoot on a CBX’ sort of sums it up. I spent most of the 1980s despatching in London, riding ITs and Ducatis daily for years at a time unless hospitalised. By the time I was 28 I’d owned nearly 50 bikes, although most were crap in the conventional sense. That book will be a fun project.

Chris Scott is the author of Desert Travels, Morocco Overland, Sahara Overland, Overlanders’ Handbook and Adventure Motorcycling Handbook. He’s also made several films about his travels, including Desert Riders, about tackling the Sahara by motorbike. See, www.sahara-overland.com for more.