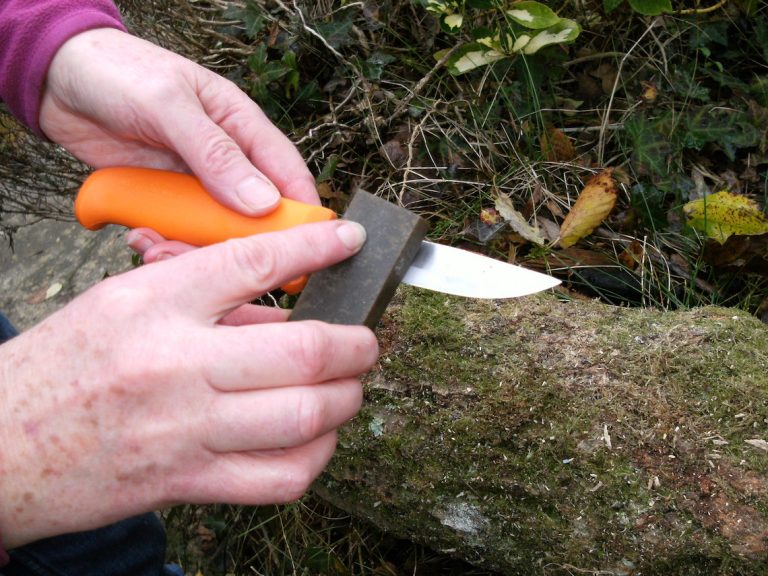 Knowing how to wield a knife safely and effectively while adventure biking in the wilds can help you feed, clothe and make a shelter for yourself, and even fix your steed. This issue, ABR outdoor enthusiast and all-round survival expert John Fenna does his Crocodile Dundee bit…

One of the key pieces of kit you’ll need to carry in your survival tin and bag is some kind of cutting tool. In the current climate of fear and demonising of knives, the law can be a little restrictive about how and when you carry a blade. Basically, you cannot carry anything other than a sub-three-inch non-locking knife without having a ‘good reason’.

However, the practices of camping and woodland crafts seem to be acceptable reasons for carrying fixed-blades and locking folding knives, so if you’re adventuring with this in mind, you should be covered for possession of larger fixed blades; discretion is required, though, and sometimes you may have a lot of explaining to do if you’re carrying such a tool. Sorry – blame the laws, not me!

In your ‘baccy tin survival kit (the one you’ll keep on your person at all times), I recommend carrying a knife made from a hacksaw blade – effectively two tools in one, as well as a craft knife or scalpel blade, both small, very sharp and easily packable. In the mess tin kit (the one you’ll pack in your bike luggage), I recommend carrying a Swiss Army Knife or multi-tool. Some of these have locking blades, others non-locking blades, and all have a good selection of tools. (See page 134 of this issue for our multi-tool gear test!)

For the bug-out bag (the bag you’ll carry the mess tin in), I recommend a large folding, or fixed-blade knife. The best I’ve found in use are those that are about four-inches long without any serrations or fancy shaping. Any folding knife of this size really needs to have a locking blade for safety; fixed-blade knives are my preference because I’ve found them to be much stronger than folding knives.

All knives and blades should be masked, closed, or sheathed when not in use, to prevent accidents. I keep the hacksaw blade and scalpel/craft blades either folded inside heavy grade tinfoil or tape, and inside the tin when not in use. Never stab a knife into wood or the earth between jobs. It’s very tempting to do this but far too easy for your hand to slip onto the blade or the blade to fold on to your fingers; tripping over it or brushing past it are also hazards best avoided.

When you take out a blade to cut anything, make sure that you have a clear working area of at least two arm and knife-lengths around you – including upwards. Before making any use of a blade, think: is it needed? Is it safe? If I slip, is it still safe?

If anyone moves into your cutting area, stop. If you find any twigs or other items that may snag your blade during a cut, break them back. At the very least ensure that nothing can snag your blade to make it close on your fingers, make you drop the knife or push it back through your grip.

The basic grip on a knife is the forehand grip with the knife held so that the blade rises from between thumb and forefinger with the edge away from your body. The backhand grip, used for some power cuts such as the chest lever cut, has the blade edge pointing back up your arm.

Always cut to the side of your body and legs or, for fine work, rest your elbows on your knees. If you’re seated while cutting, there’s serious risk of cutting into the inside of your thighs if you miss, and this where major blood vessels lie. One slip and you could bleed to death in minutes, so always cut away from your body, fingers and friends!

The forehand cut is the instinctive cut you would make to, say, sharpen a pencil, and is probably the most used. The drawback of using this cut is that a lot of energy is lost in the follow through after you’ve cut through the intended materials, and can cause accidents.

It is possible to improve this cut by locking your knife hand against your leg or knee and pulling the work onto the blade – no swinging blade to worry about! It may sound awkward, but if practised it will eventually become natural.

To make controlled cuts for cutting a branch to the point it can be broken, notching or shaving wood, then the thumb assist is a good safe cut. The thumb of the hand not holding the knife is used to put pressure on the back of the blade, helping control the cut. Do this all round a branch and it will thin it for breaking, or multiple cuts can make feather sticks for burning, clear a notch or do other fine shaping.

For the chest lever cut, take a back-hand grip on the knife and hold the wood to cut and the knife butt on your chest, near the centre. Your shoulders should be rounded forwards. To cut, take a deep breath and use your shoulders and arms and chest expansion to work the blade into the wood; your hands need never move.

Most cuts work best at an angle along the wood grain, but if you need to make a 90-degree cut, then batoning is the answer. To do this, place the work to be cut on a firm cutting platform and place the knife on the point to be cut through. Then, with a baton stick, tap the back of the blade until the wood is cut. To make a notch, baton the knife in to the required depth, then cut down to clear the notch with a thumb assist cut. Batoning can also be used to split wood along the grain to expose dry wood for fire-making, for instance, and rough shaping of large tools.

To split a branch, place the knife in the position you want on the end of the piece of wood and rest the other on a firm support. Have the knife guard close to the wood and tap the blade down with a baton. As the blade sinks into the wood, you can use the baton on the exposed end of the blade, keeping pressure on the handle to prevent the knife tilting too much from the level position.

If you’re cutting a large piece of wood, rather than beat your knife all the way down, you can baton cut a good depth, then use whittled wedges inserted into the cut to split the wood apart, thus saving wear and tear on your knife and any possible accidental cuts.

For big cuts, using a wire saw is safer than using your knife. The multiple strands of wire have less potential to injure you if you slip, and it should take less effort to make the cut. Unfortunately, these saws work best when the wire is straight and although you can hold one end of the wire in each hand, it’s awkward to keep the tension on and prevent the wire from bending.

To make an effective wire saw, cut a strong flexible stick and attach the wire to the stick in the manner of a longbow; the springiness of the stick will hold the wire taught. Notching the stick will prevent your ties from slipping and help keep the wood bowed. Then use it as you would a… bow saw!

Note that, due to friction, the saw will become very hot in use and you should stop and let the wires cool every so often. Keep the tension on the wire until it is completely cold before putting it away, or permanent weaknesses will develop in the wires. 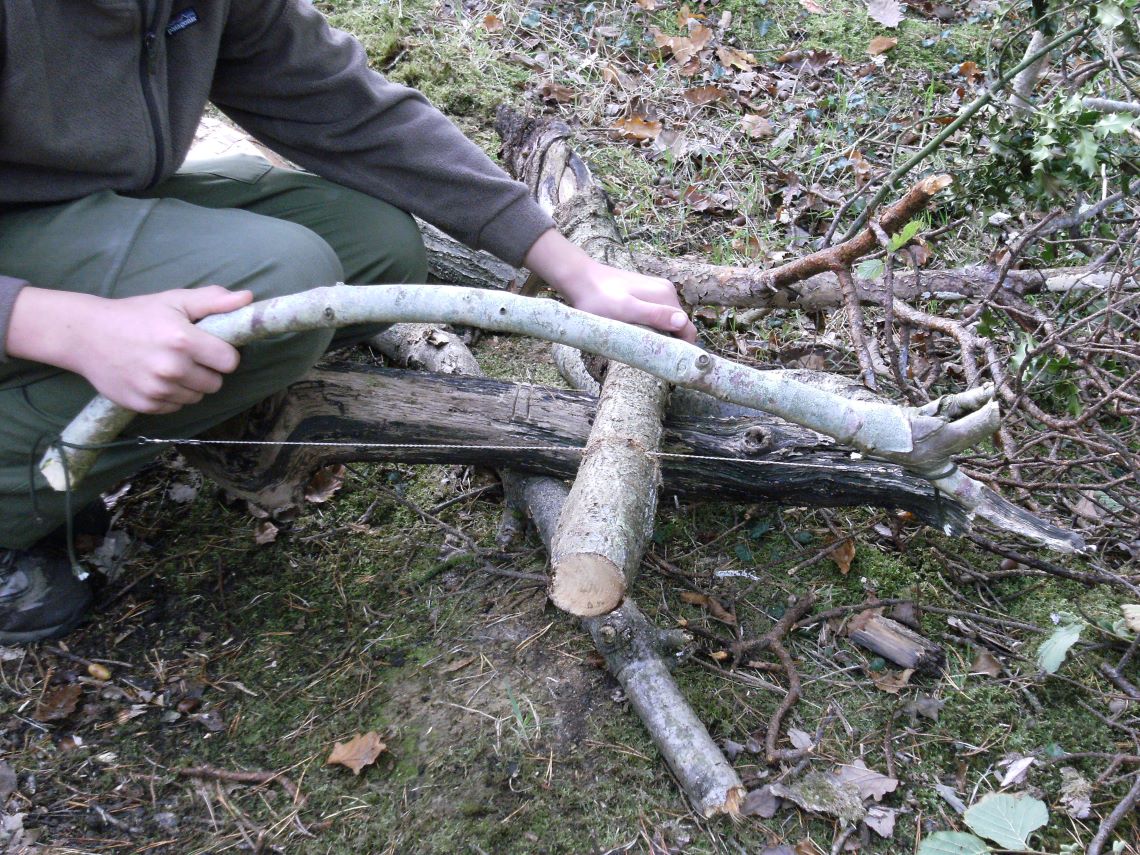 A sharper knife is a safer knife. It will cut cleaner, with more control and with less effort, thus reducing the likelihood of slips and accidents. A sharper knife also makes a cleaner cut if you do have an accident and I can report that a clean cut hurts less and heals faster than a ragged cut from a blunt knife. Trust me on this.

You should carry something in your bug-out bag to sharpen your knife with. A tungsten carbide sharpener is good. I prefer a small sharpening tool, butchers steel or whetstone, though in desperation any flat, fairly coarse stone, bottle or even flat piece of wood can be used.

With a sharpening stone you can use one of two methods: 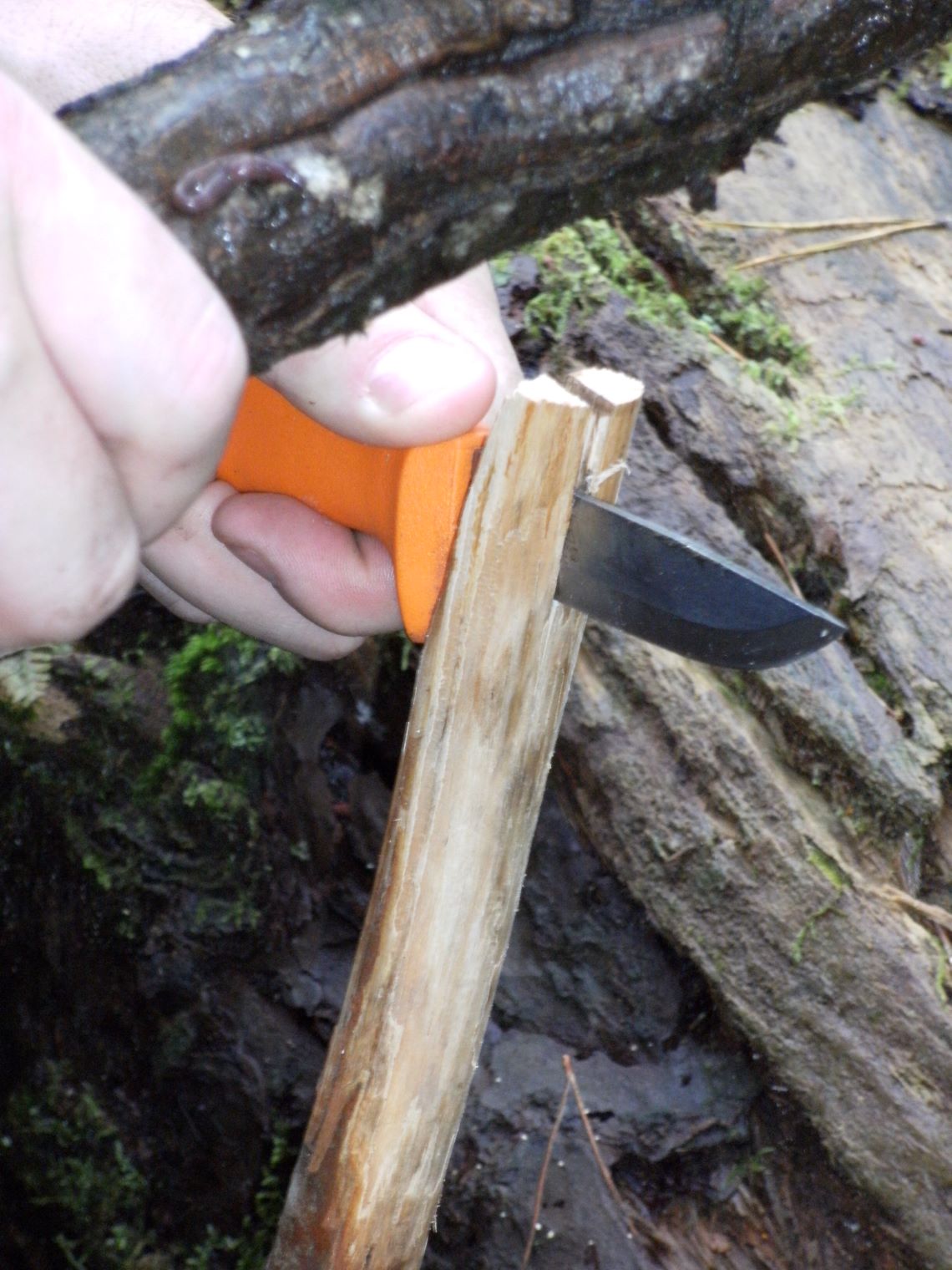 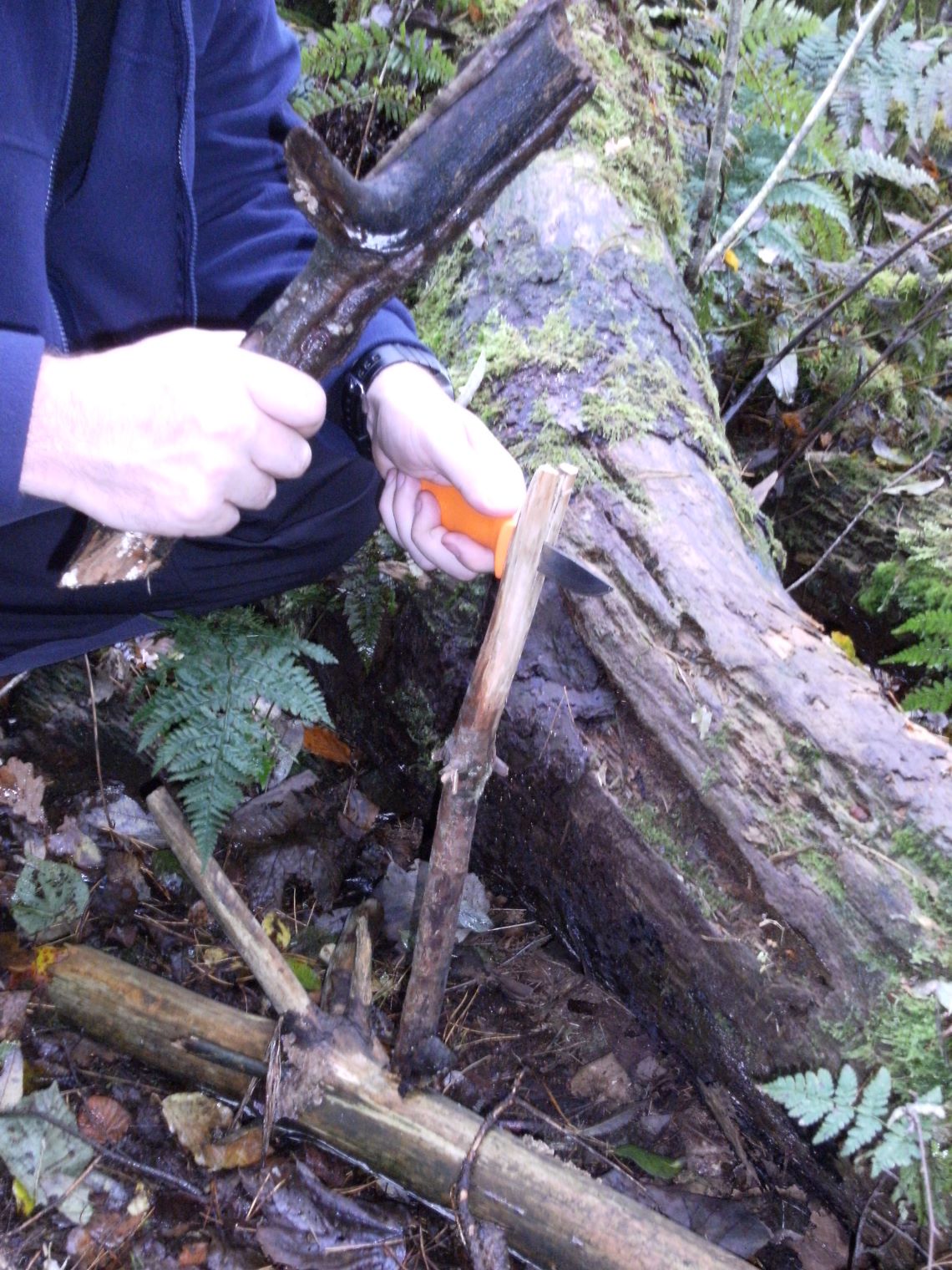 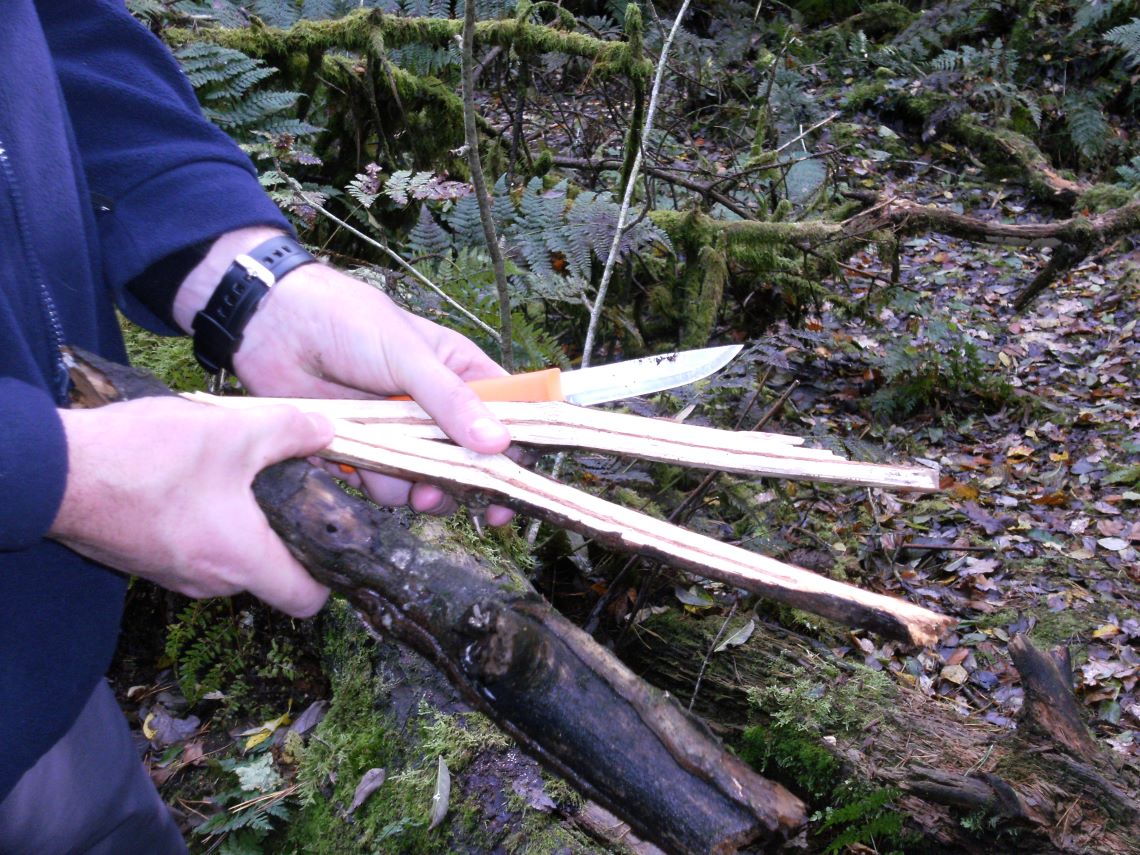 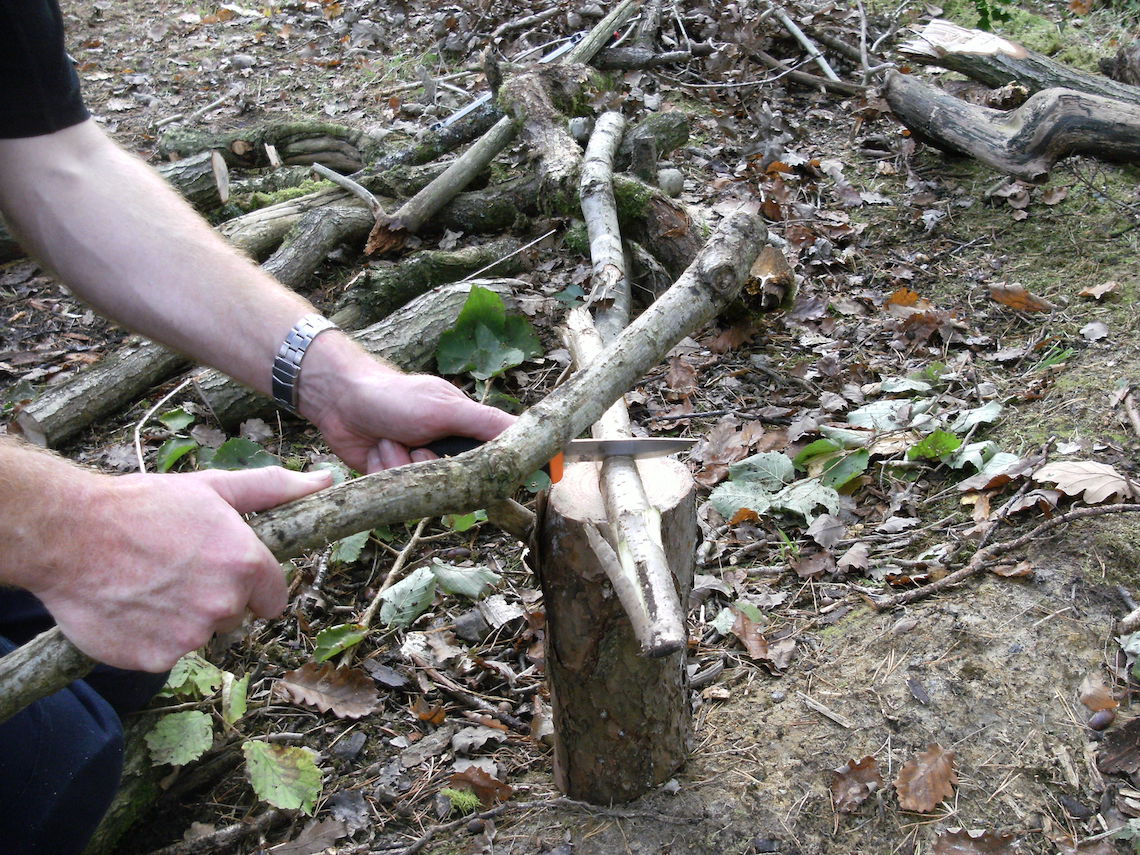 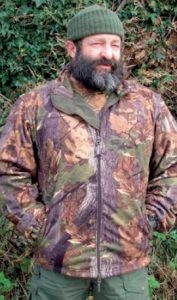 John has been involved in outdoor education for over three decades. He has diplomas and certificates in everything from fashion design (he turned it to designing outdoor activity clothing – honest!) to canoe coaching. He’s led expeditions in Eastern Europe, several African countries and Thailand, as well as literally walking the length and breadth of England. John started riding motorbikes at 16 and finally passed his car licence in his late 30s. Married to a very understanding wife, John lives in west Wales, but spends as much time as possible in wild(er) places.