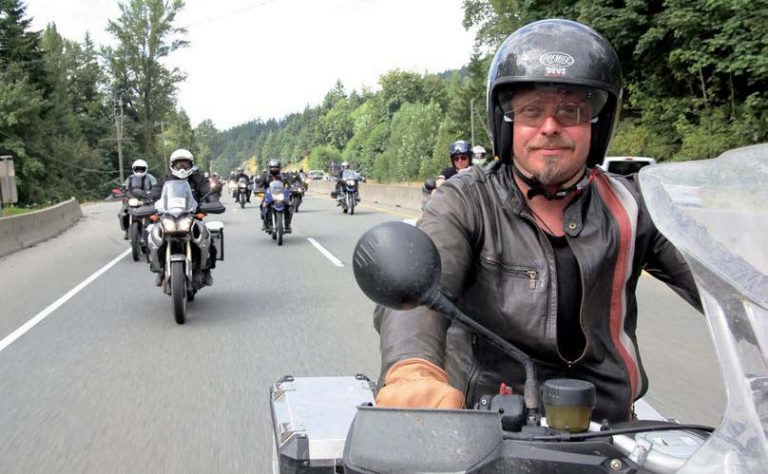 YOU NEVER THOUGHT WE’D ASK YOU THAT

Few ABRs divide opinion quite like Charley Boorman. To some, he’s an uber-cool explorer for the 21st Century and the inspiration for buying a bike; for others, he’s that bloke off the telly with 50 back-up vehicles and a silly beard. We meet Mr. Marmite of the bike world…

The Long Way series have enjoyed phenomenal success. What’s the appeal, even for people who aren’t into bikes?

I don’t know really. It was partly timing, and it was a good idea. People were ready to watch something like that. It’s armchair travelling. If you’ve travelled a bit yourself, in a car, by bicycle or backpacking, there’s a lot of stuff you can relate to about the people we met and the ups and downs of the whole journey.

How did making a documentary affect the ride?

Filming had its complications, but it opened as many doors as it closed. Some days it was awful, but mostly it was wonderful. It’s a great way to make and record a journey, and I wouldn’t change that.

What would you change about the two trips, looking back?

I don’t think anything. Obviously, you’d always want more time but that’s something that nobody ever has, enough time. We went open minded on LWR and LWD just to see what happens. One of the biggest things is to try and relax into your journey.

We talked about a third one. It’s difficult to decide if we’ll do another one or not. They take a lot of time and Ewan’s really busy at the moment, and I’m busy. If we do do another one it will be through South America, bottom to top. It’d be lovely to go up through Argentina, Chile and Panama, Mexico and maybe end up in California. 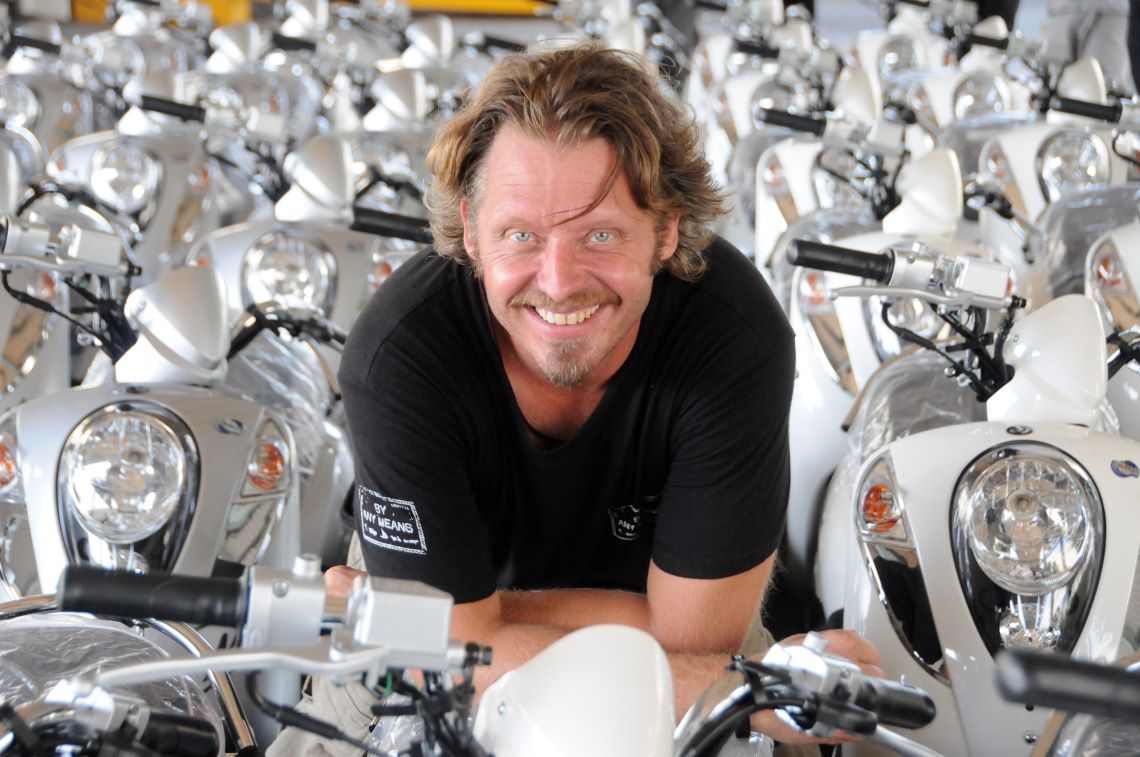 Other than Ewan, who would you most like to take RTW?

My wife and children. I’d love to take them around the world – all of us on bikes would be fantastic, because they all ride. They’ve travelled a bit. They always come out to meet me at the end of the trips I do. I’m going to spend a week in Kenya with my family before I set off on the next Africa tour. I haven’t seen them for months and months. I can’t wait.

That must be hard?

It is hard, especially with the kids. I miss them terribly. When I get to go home, it’s lovely. But I’ve always travelled ever since I was a kid, it’s my job so…

It was lovely. When you watch [Long Way] on TV it’s never the same as being there. Evie wanted to experience what Ewan and I were doing, so she came along for a week or so and camped. She went away with a good experience and understanding of the passion we have and why we wanted to do it.

What’s the most stand-out memory from one of your rides?

I can’t speak for Ewan, but certainly for me it’s Mongolia. I think everything that could have happened happened there. We ended up with no roads, it was incredibly difficult to get across, one of the support vehicles overturned and nearly killed someone. It’s at that point that you realise there are no hospitals, no air ambulance, the nearest medical aid is two or three days away, and you’re really in the thick of it all. 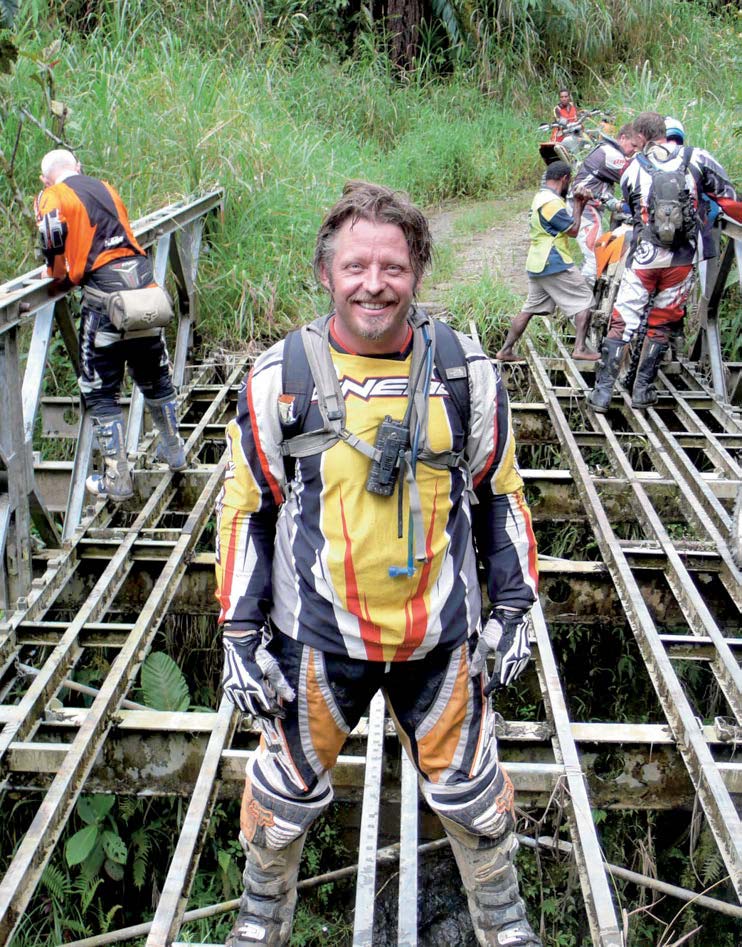 With that in mind, how do you feel about people who look at the Long Way series and think you took the easy option?

As much as you have support making a documentary, you still have to ride every mile, you still have to camp, have to do it all. It’s just as hard, and sometimes harder, because you have to try and get some of the vehicles through too, like on the Road of Bones, which became a nightmare for all of us.

You’ve inspired thousands of people to take off on two wheels – who inspires you?

I’ve ridden a motorbike since I was seven. I suppose a guy called Tommy Watford is my inspiration. He’s the guy who let me have a go on his motorbike for the first time. It was a Maico 400 – a brutal beast of a bike – and I couldn’t touch the ground, so he stuck me on it and stuck it in first gear. I went round the fields a few times and fell off and that was it. I was hooked for life.

Do you feel a lot of pressure as a ‘celebrity biker’?

[Laughs] I don’t see myself as that. It’s nice that people come and say hi and like the shows. But I just try to get on with what I do. Doing TV shows means I can go off and do another journey, like Extreme Frontiers and the Dakar in 2006. I’m ever grateful that I get to go and live my fantasies.

Nooo! Like any biker, once you ride a bike, you’ll always ride a bike. It’s one of the most lovely things to do.

Where do you ride for pleasure?

I go down to see Simon Pavey at his off-road school. I love off-road riding. I do as much Enduro riding as I can, that’s what I really love.

I dunno. It was a huge thing for me. I ended up with two broken hands and that was extremely painful! [Laughs]. I’d hope to have another go, I’d love to do it again, especially now its moved to South America. But it takes a lot out of you. It’s a huge commitment.; it’s not just a 16-day race, it’s two years’ preparation. I dunno if I’m brave enough to do it again!

You’ve recently got back from Canada – how was that!?

Yeah, that was great! It’s for a new TV show for Channel 5 called Extreme Frontiers: Canada. I’ve always travelled through loads of different counters quite quickly and I’ve always fancied the idea of looking into one country and trying to get under the skin of it. Extreme Frontiers is all about the frontiers of that country, how it’s put together, how it came about and what people get up to there the extreme, fun stuff you can do there. We certainly had fun! Hopefully the show will all look good when it comes out next March. 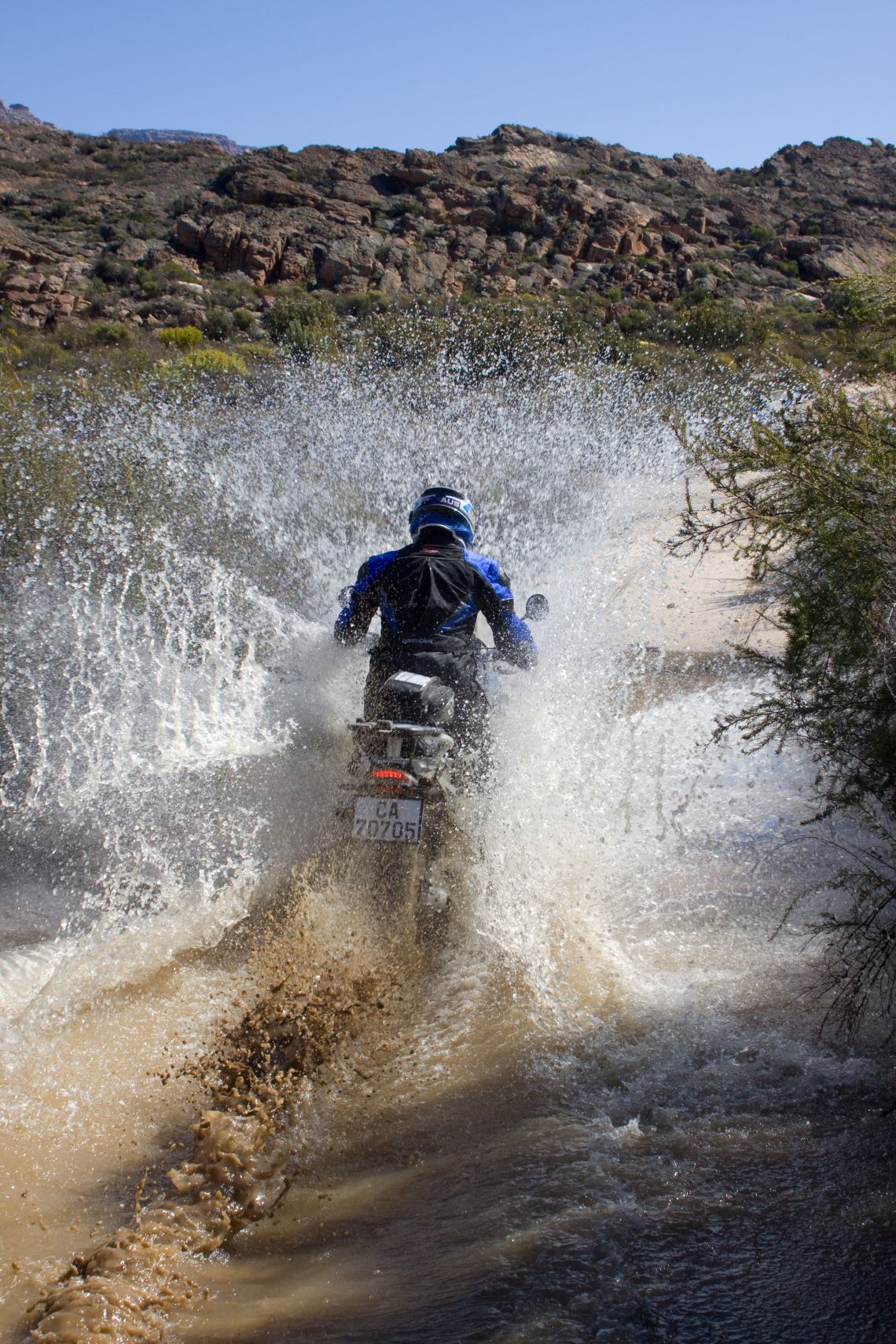 You’ve got your speaking tours coming up, too?

Yeah, there’s a lot of stuff which never makes it to the book or on to TV, so there are lots of funny stories. It’s a fun show, bit of bad language, but there’s a lot of funny things that happen over the years off camera. Looking back, it’s like getting an old album out and going through the photos, saying, ‘God, do you remember that!?’

Fancy taking a two-wheeled tour down memory lane with Charley? Charley Boorman’s UK and Ireland Speaking Tour is kicking off this autumn, with adventures, anecdotes, big screen clips and the opportunity for audiences to quiz the man himself. To see dates for venues near you, and to book tickets, go to www.charleyboormanlive.com