Who’s doing what where of the motorcycle touring world 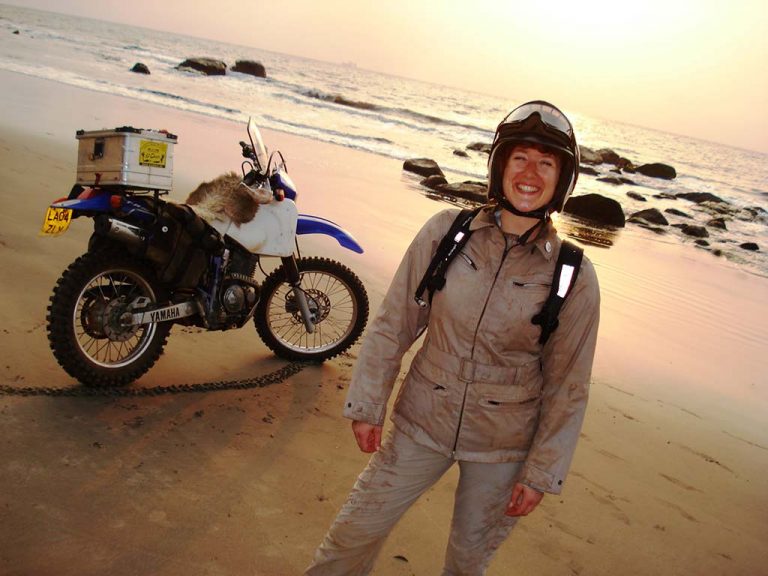 Emily-Jane Brain rounds up the ‘who’s doing what where’ of the motorcycle touring world.

See the wonders of South America alongside seasoned overlander Lois.

Ever fancied going on a girls’ ride out with Lois Pryce? The latest all-female adventure from Compass Expeditions promises participants just that – and this ain’t no backyard bimble, ladies! Ultimate Brazilian riders will get to see the wonders of South America alongside seasoned overlander Lois, covering 1,460 miles of the country’s breathtaking scenery.

Highlights of the trip include the spectacular beaches of Rio do Janeiro, the Costa Verde, the Germanic village of Blumenau and riding the amazing Serra do Rio do Rastro (well known for its awesome twisties) up to Brazil’s highest city, Sao Joaquim, where riders will get to see some of the greatest waterfalls on earth, Foz do Iguazu. There will also be plenty of time to soak up some serious Brazilian culture in the villages en-route and sample the country’s famous nightlife – what more could a girl want?!

The two-week tour will use Compasses’ BMW F 650 GS fleet and although the ride covers considerable distance, nine of the 14 days are spent off the bike exploring Brazil. Compass guideline suggest that the Ultimate Brazilian route is suitable for two-up riding and off-road novices, as the majority of the ride is on paved roads, though some of the coastal routes are narrow and winding and local drivers should be given a wide berth!

Following our interview in ABR issue 6 with the Dakar legend himself, has anyone else got the burning urge to blast across the desert with Mick?

ABRs will spend a day in the desert learning how to tackle sand dunes.

The Mick Extance Off-Road Morrocco Experience is available as an eight or 10-day tour. ABRs can chose to ride out with Mick on one of the company’s Honda CRF450Xs or 250Xs. The 1,359km round trip from Ouazarzate – the gateway to the Sahara – covers some of the world’s most diverse and adventurous terrain, including the Dades Gorge and the famous Atlas Mountain Range.

The tour passes through Chicaga, Tafrout, Merzouga and Boulmane Dades where riders will be able to have time off the bikes to meet the locals and soak up some Moroccan hospitality. Participating ABRs will spend a day in the desert learning how to tackle dunes and glean some sand-riding tips from the Dakar pro. They’ll also have the chance to sleep out under the stars in a traditional Berber camp and watch the desert sunset – a sight not to be missed, according to Mick!