The Ice Run: One of the world’s craziest motorcycle races 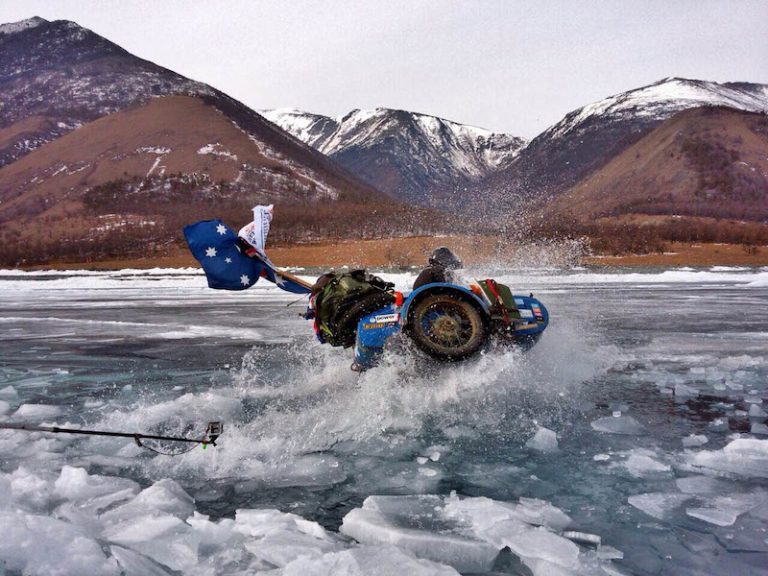 Every year, in winter, a group of hardcore adventurers decide to ride around Russia’s frozen Lake Baikal on Ural motorcycles. Braving sub-zero temperatures, the risk of falling through the ice, and potentially life-threatening weather conditions is the norm, so what does it take to compete in the Ice Run, one of the world’s craziest races? Rob Slade talks to Travis Crozier to find out…

Somewhere in this wonderful world there are a select group of people who are brave, crazy and stupid enough to embark on a 1,200-mile journey into the heart of the cold, remote and harsh land that is Siberia.  As if that wasn’t challenging enough, they travelled on old, and often unreliable, Ural motorcycles. Oh, and the crux of the journey took place on Lake Baikal, the deepest lake in the world, in the heart of the Russian wilderness, in winter. What are we talking about? The Ice Run of course!

Organised by serial adventurers The Adventurists, the Ice Run sees competitors face temperatures as low as -30C, as well as multiple frozen rivers and treacherous roads that are so often associated with Siberia. So, what sort of person takes on a journey of this scale? Step up Travis Crozier. 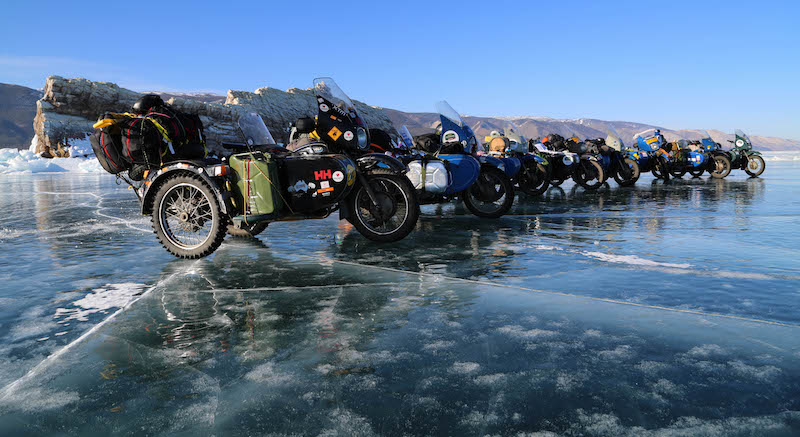 Hailing from the land Down Under, Travis is a communications manager who deals with crisis and emergency management communications. He believes in telling things as they are, is extremely impulsive and doesn’t overly think of the consequences before beginning something, so it’s not too hard to see how he ended up on the Ice Run.

“I have always had a pretty simple philosophy when it comes to new adventures and pursuits; if the question is asked if I would like to be involved in something awesome, I will normally say ‘why not’?” And that’s exactly how it happened with the Ice Run.

“I have been stranded in the deserts of Uzbekistan [without] a fuel bowser in sight but within hours a goat herder presents over the sand dunes and before you know it you’re having an international charades event, drinking vodka from a bowl which would double as an engine cleaner, and buying low-grade fuel from a grandmother on a donkey and cart.

“Hence, Lake Baikal in the winter where even the Russian’s think what you are doing is crazy, seemed like my cup of tea.” 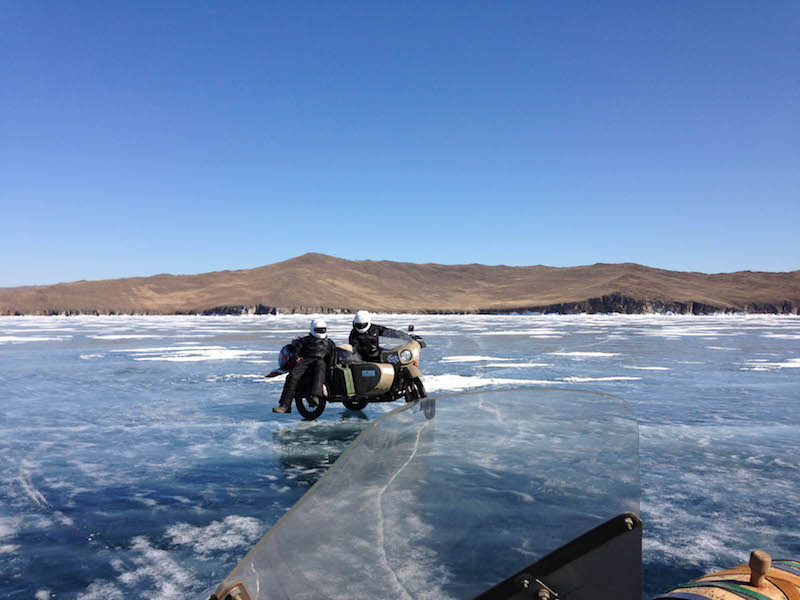 Training and preparation for the cold of Siberia is pretty impossible in the balmy climes of Oz, and while they did toy with the idea of sitting in a sponsor’s freezer, they decided to just drink lots of vodka instead. “We strongly believe that this preparation, and a few good Russian words carried us safely through the adventure.”

The rally would see the competitors ride, slide and skid around Lake Baikal, an area of over 12,000 square miles. In places, the lake’s surface is polished and smooth, but equally, there are large areas that are riddled with boulders of ice to navigate around. Perhaps most unsettling is the fact that if the winter is a mild one there can be surface water and cracks in the ice.

When probed about the toughest moments of the Ice Run, it seems there were many. “Falling through the ice, the repeated breakdowns, the seemingly simple became the most painfully difficult, the final stretch, the towing in the dark and finally, almost driving headfirst into a car when the finish line was in sight. 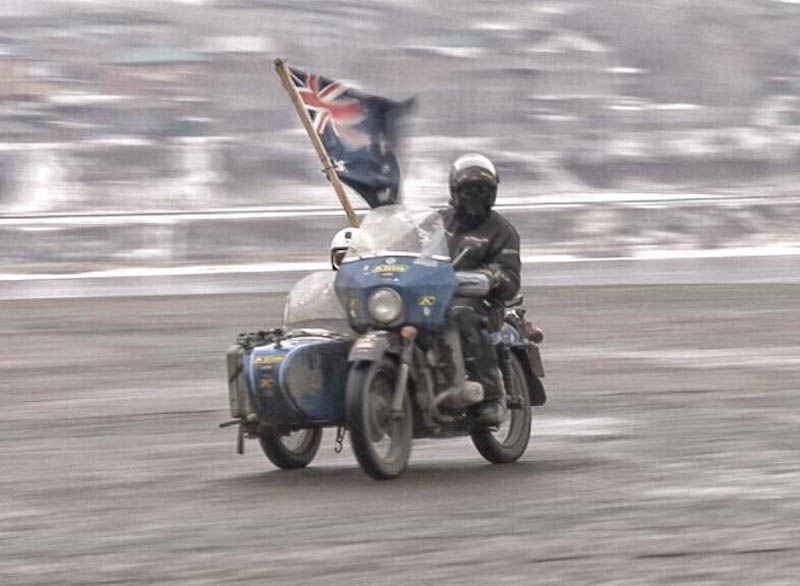 “There were a thousand things that went wrong with the bike and it seemed to compound day after day; whether it was the deep snow drifts that swallowed you whole or the lack of solid ground that threatened your ability to stay above the waterline, it seemed as though the lake was having a laugh at whatever we did.”

Having said that, Travis admitted that without those hardships the adventure would not have been what it was – a notion that anyone who has been on an adventure will be able to relate with. “It’s the tough stuff that makes me smile now and I am so glad it was part of it.”

And the best moments? “When you love to ride, then most moments on the bike are your happiest ones. For me it is when there is the unknown before you, a rough idea but the faintest of possibilities that you might actually achieve what you set out to do.” 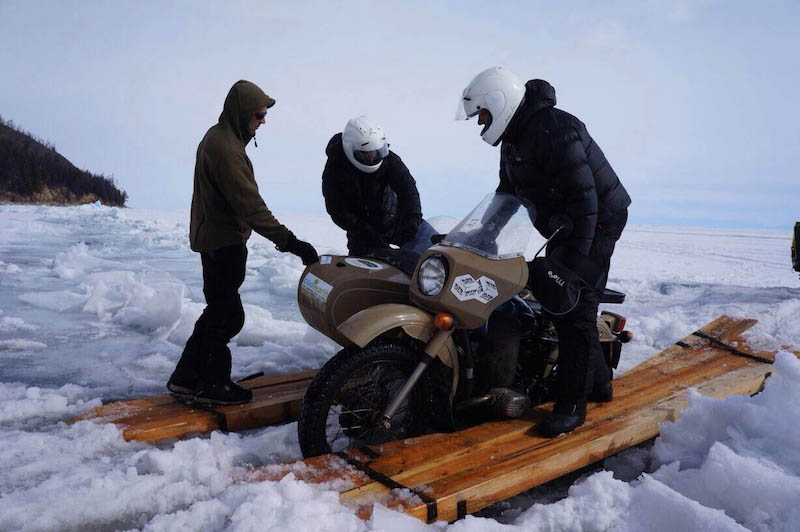 As you can see in the photos, one of the best aspects of the adventure was the stunning views that regularly blessed the riders during their time in this frozen land. With glorious vistas being the norm every day during their time on the lake it was “enough to send you into a comatose state if you stared for too long”, Travis explained.

When speaking about the bike, it was clear that it brought out mixed feelings among the competitors. Travis believed that his fellow Ice Runner Joseba Picaza summed it up best in saying, “What can I tell you about the Ural? They are shit, but they are magnificent at the same time.” 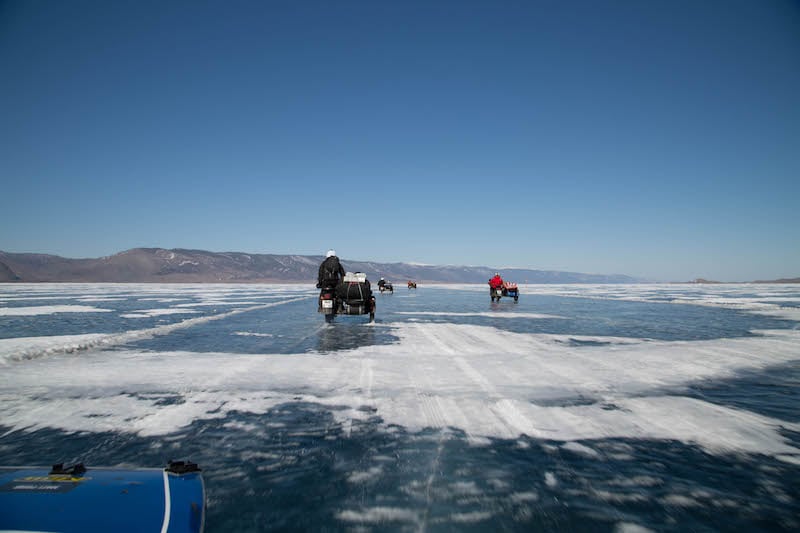 So, was their Ural as unreliable as its reputation suggests? “Our Ural, Anastasia was a bitch with a dirty spark plug addiction and while originally known as the midwife, showed that she was far from delivering anything but pain over time.

“Despite her many flaws, it was also a machine that allowed you to learn a lot from her simplified makeup and it wasn’t long before we added Ural husbandry on our list of achievements

“Happiness comes in many twisted forms, and this was one of them… Despite the chaos that lived and breathed inside of every moving part of that bloody motorbike, we deeply adored Anastasia and the magic that is the Ural motorbike.” 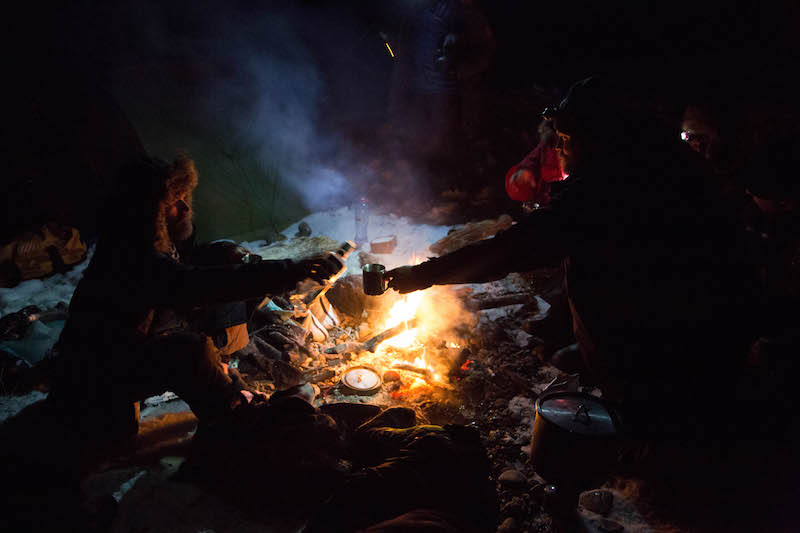 As tough as the Ice Run may be, it sounds like a truly unbelievable adventure and it’s definitely one which is worth considering for ABRs looking for a challenge (though if you’re thinking of competing, you might want to read up on how to avoid the dangers of riding in the cold). On this point, we asked Travis if he had any advice. “If you are considering anything like this in the first place you are already too far gone for advice!

“Bring lots of spare spark plugs, drink plenty of vodka, and learn a couple of phrases in [the] language. The rest is so unpredictable that advice is unnecessary. Embrace the Siberians and prepare for one of the most unique adventures of your life.”