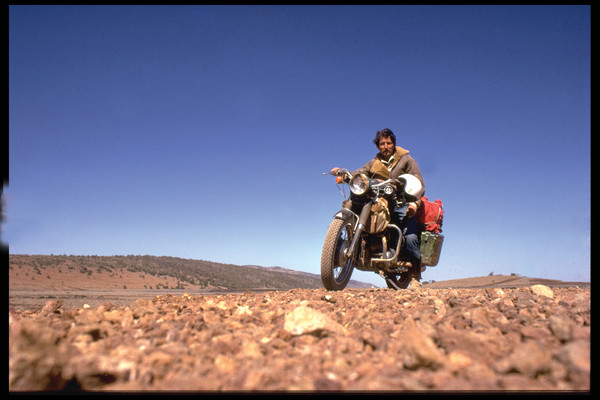 When Ted Simon wrote Jupiter’s Travels he inspired many motorcyclists to get out and explore, including Ewan and Charley. Daniel Mannion tells his tale…

Standing at the roadside on a wet October day in London, Ted Simon felt the seduction of familiarity tugging at him as he assessed his overladen Triumph Tiger.

The contents of his suitcases gave a clue as to his level of optimism for his imminent ride around the world. Contained within were antidotes for snake venom, tweezers to remove bullets and a scalpel to remove his appendix. Rousing himself with the words, “It’s impossible”, he set off for the south coast.

From that point in 1973, Ted’s life changed forever. Heading towards Africa via France and Italy, he grappled with apprehension, struggling not to interpret everything that happened as an omen of doom. His challenge was, he said, to be open to everyone and everything.

Africa was the continent that daunted him the most. However, he found that the more he let go of familiarity and comfort, the richer his spirit grew. Pitching his tent 100 miles outside of Tripoli, he sat smoking a cigarette in the silent solitude of the desert night. The awareness of where he and the bike had taken each other overwhelmed him. He said that the trip would have been worth it for the joy he felt at night alone. 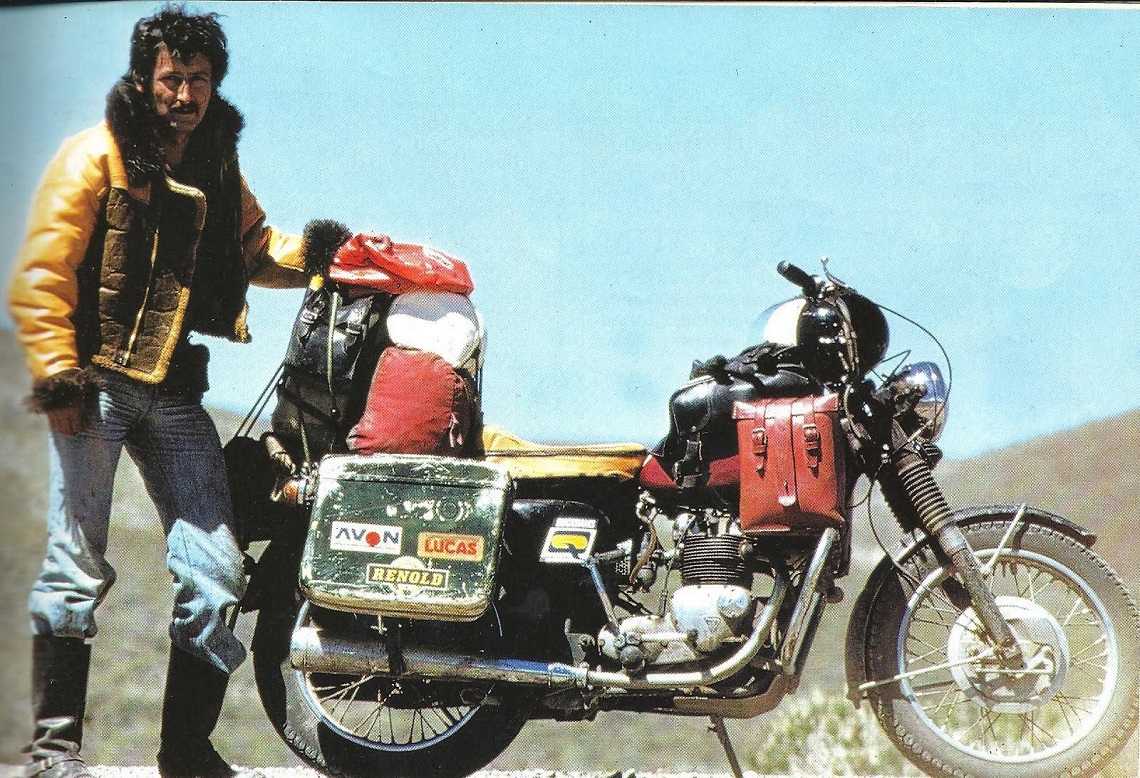 The deeper he moved into his journey, the better acclimatised he became. Anxiety and self-consciousness dissolved as he dropped the psycho-logical dead weight. He recounts the detached, robotic way he processed information when realising he was running out of fuel and water in the middle of the desert – no point getting upset, just get help. He learned to sense and diffuse trouble with strangers. He acknowledged mechanical failures and carried out the necessary repairs with no greater strain than he’d take on when brushing his teeth.

Having made it through Africa, South & North America, Australia and South East Asia, he met a clairvoyant in India who commented on his strength of character. He pronounced him ‘Jupiter’, which he adopted, and afforded a more evocative title for his book than “Ted’s Travels”.

In 2004, Ewan McGregor and Charley Boorman undertook their own round the world motorcycle trip, inspired directly by Jupiter’s Travels. Ted joined them for the Mongolian leg of their ride, getting on particularly well with Ewan, in whom he recognised a similar curiosity of spirit.

Ted’s passionate description of his experiences and the life-enhancing effect of facing his fears on the road are cited as the inspiration to take to the saddle for many motorcycle adventurers.