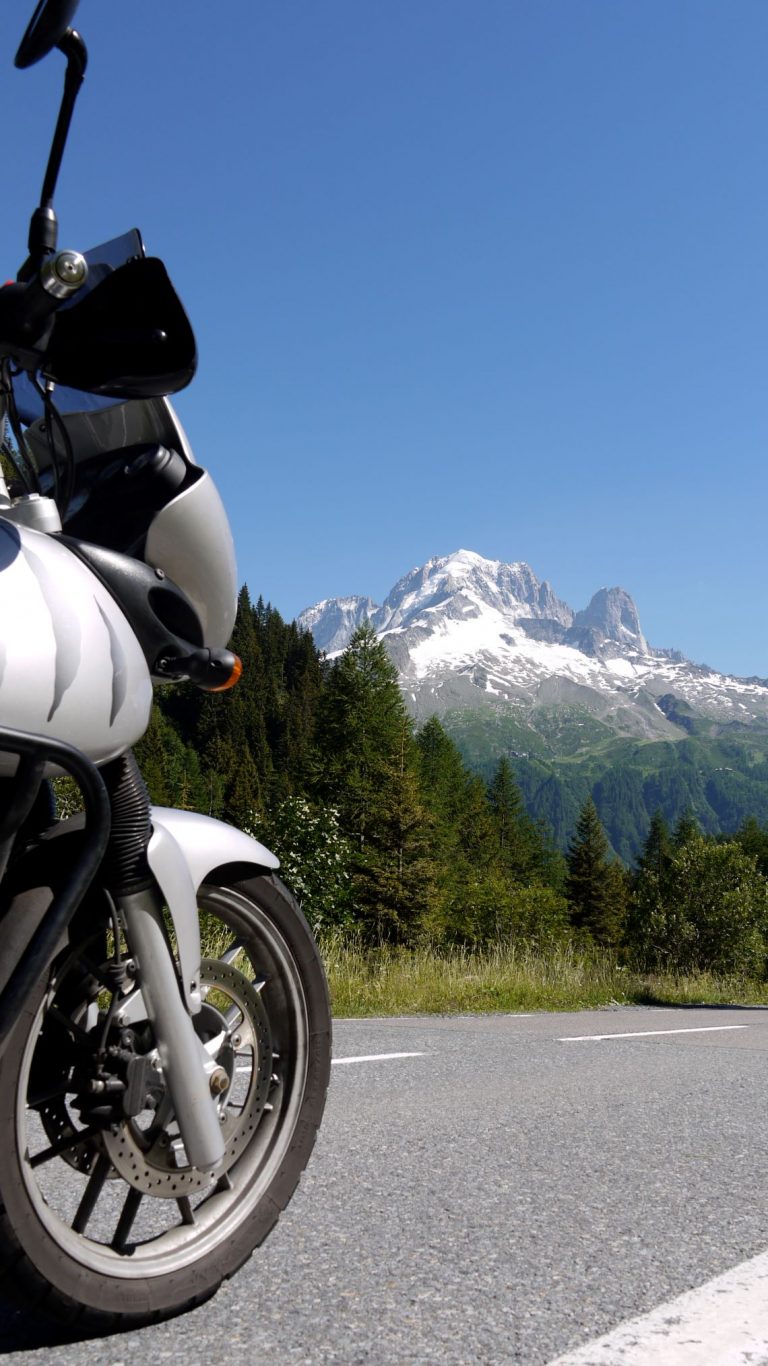 Alun Davies runs and owns three Triumphs: an 885 Sprint, an 885 Tiger and the newest member to the fold, a 955i Tiger

I’ve a theory about the test ride team down at Triumph; they either don’t ride the bikes or they’re all midgets. The 955i Tiger is my third Hinkley triple and the one factor that binds all three bikes together is the absurdly useless windscreen. The power of the wind buffeting produced by the standard screen would surely be of interest to NASA, though fortunately both Vario and Palmer Products offer aftermarket lifesavers.

The Triumph Triple engine saved my soul. After two years of riding a chopped HD Nighttrain my time in the saddle was grinding to a halt. And then I threw a leg over an old Sprint 885 and the grin came back and hasn’t gone away. I can’t bring myself to sell that Sprint, plus I bought her an 885 Tiger for company.

The move from the 885 to the 955i took quite a while, I had to convince myself I wasn’t buying a pig’s ear. Owning a 955i Tiger is like having two bikes. From some angles it appears so cool and from others it looks like the most bulbous carbunkle ever to be fitted with two wheels.

Fitting the race can was money well spent. I’d read on forums that the aftermarket exhaust coupled with an engine retune would increase performance and solve a low rev hunting problem. Man, did it ever! It was like adding a rocket booster that also fixed the fuelling problem. A great investment.

Every time I think of changing the Tiger that triple starts singing my favourite tune. I’ve fallen for singles, romanced with twins and had a few flings with fours but the sweet, sweet triple has me for life. It’s a common enough saying (and it’s true) that with a Triumph triple you get a mix of all that’s good about a twin and a four-cylinder engine. 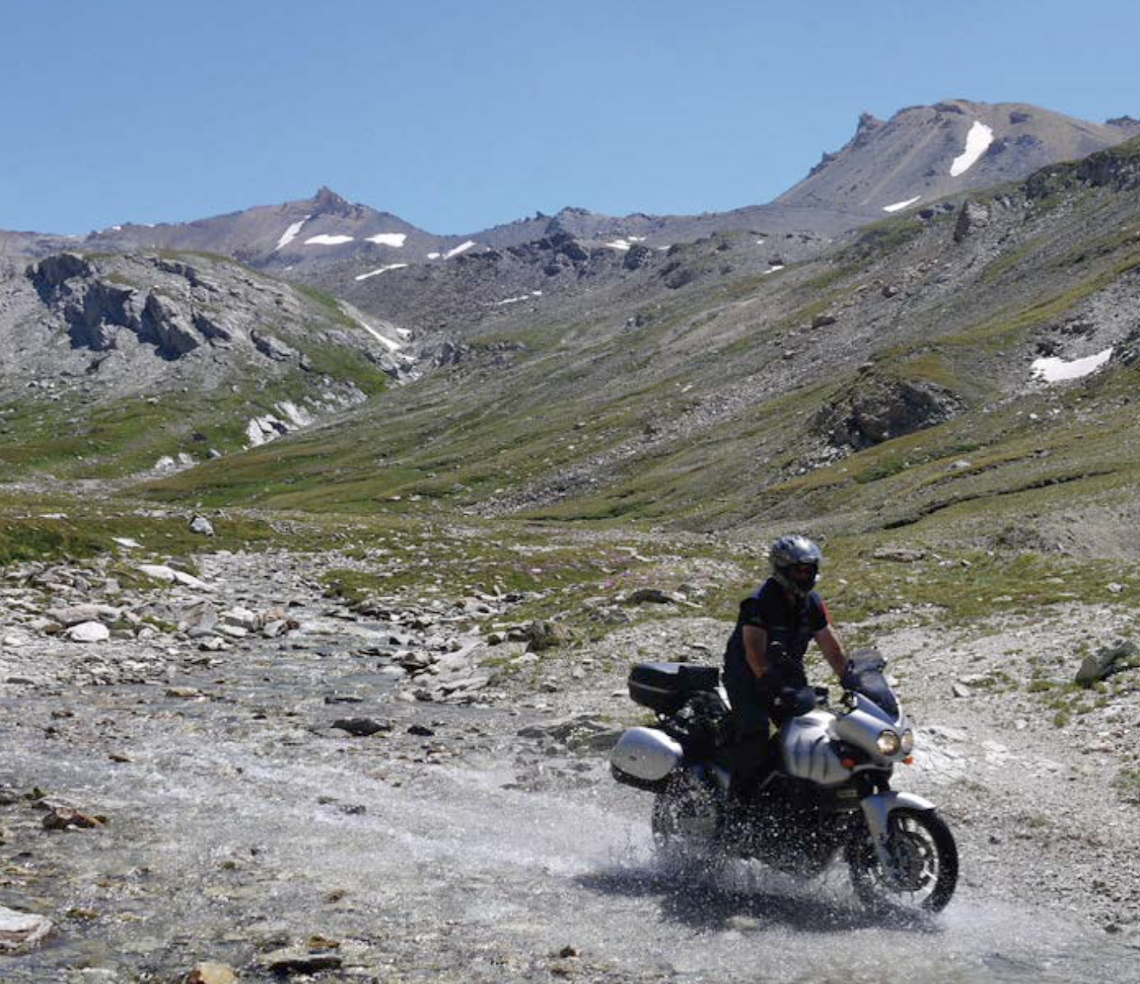 The only things of value I’d pack in Triumph panniers are fish. I’ve had two sets of Triumph panniers and both have failed miserably at keeping out the elements. I resent having to buy a waterproof bag to fit into something that should have kept the rain out in the first place. Humph.

I’d like to have regular threesomes but the bike’s not up for it. When I’m riding solo the Tiger behaves impeccably, and all that I ask for is given. But throw on an average-weight pillion together with a full set of luggage and the old girl’s not happy. It’s only a matter of time before I sort out those shocks.

Riding muddy green lanes on road tyres is stupid, especially on a top-heavy adventure beast. I rode the Stella Alpina route (45km off road up to an altitude of 3,000m) in perfect dry conditions in the summer of 2010 and the Tiger done good. Last month I rode out in the Cotswolds and dropped the bike twice, mud-plugging down green lanes on semi-road tyres. I’ll not be doing that again. The Tiger is the most difficult bike I’ve owned to lift back off the ground. 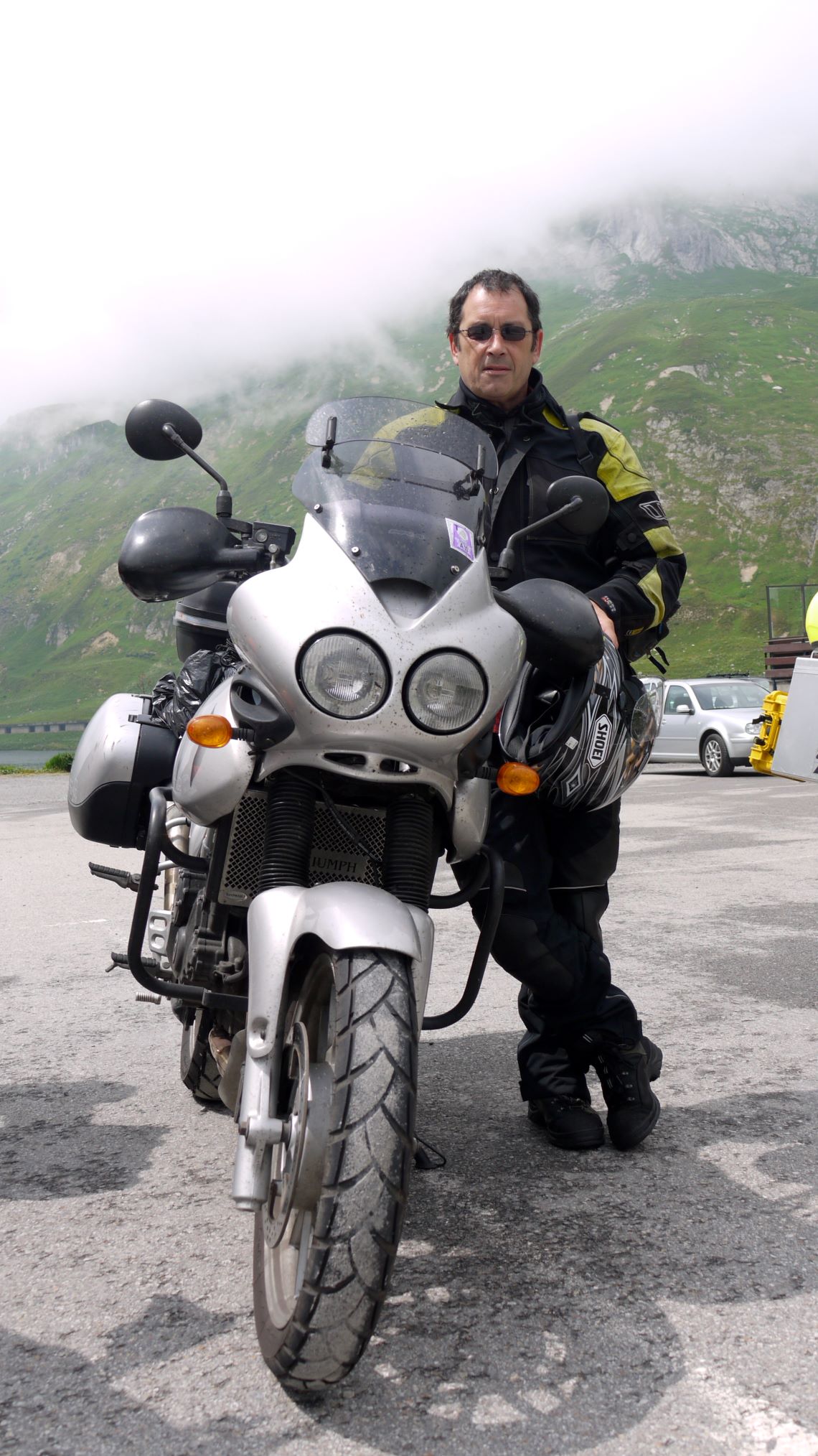 I’ve totally grown out of the habit of belly-flopping over a petrol tank. The thought of riding a sports bike doesn’t even enter my head these days. By adding bar raisers and altering the seat height I’ve tweaked the ergonomics of the Tiger into the (almost) perfect riding position. I simply love the sit-up-and-observe stance.

I sometimes think that every adventure bike is just another step on the ladder to buying a GSA. On a recent trip to the Alps I found myself closing rapidly on a BMW 1200 GSA while riding up the twisty switchbacks between Martigny in Switzerland and the Chamonix Valley in France. Onboard was a local guy, on his way home, and the way that huge, impressive lump of German engineering handled at speed up in those hills was admirable. But in the end, we both knew he’d have been home a lot earlier had he been on a Tiger. 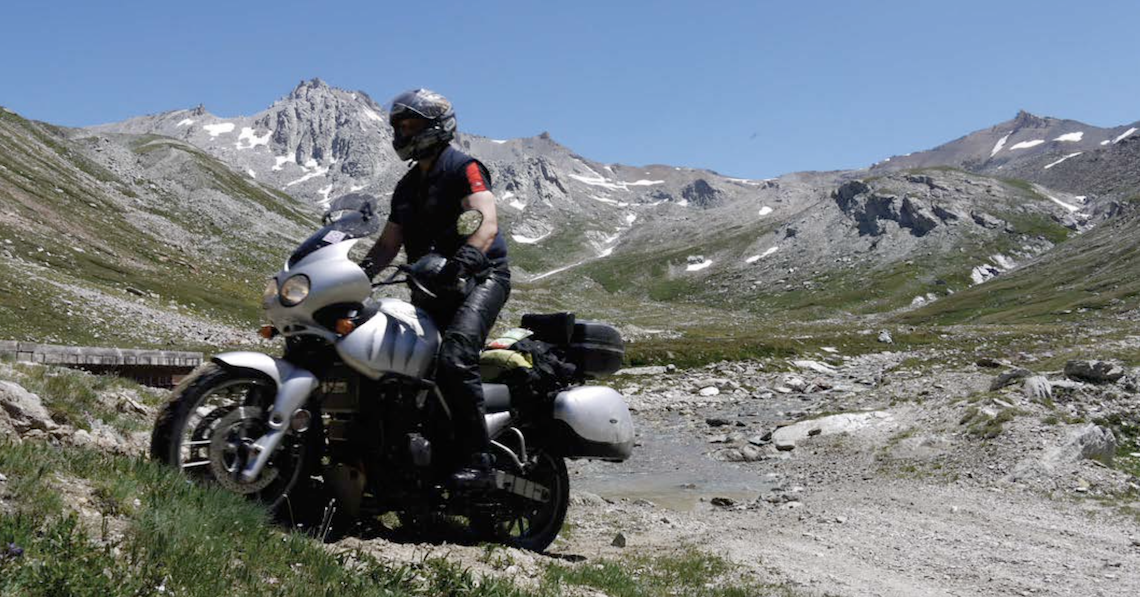 I’m not too sure I’d want to ride the Tiger RTW. I’ve been impressed by the performance of the 955 on long overseas trips. It’s capable of 100mph stress-free cruising on Autobahns, handles the A roads as well as I’m ever likely to and it’s kept pace with a KTM990 and GS800 on gravel-strewn uneven mountain fire trails. But the route I have in mind for a RTW involves far more demanding off-road section and the thought of having to lift the Tiger after a fall in the middle of a river just doesn’t appeal, or even seem possible.

I rarely buy brand-new bikes; the best bargains are always to be had in the second-hand market. I bought the 955 when it was four years old with only 3,000 dry miles on the clock and paid £3,200. It was in showroom condition and the money I saved when compared to buying new will pay my travelling bills for a few more years yet. That said, I’ve been spotted in a few showrooms of late.