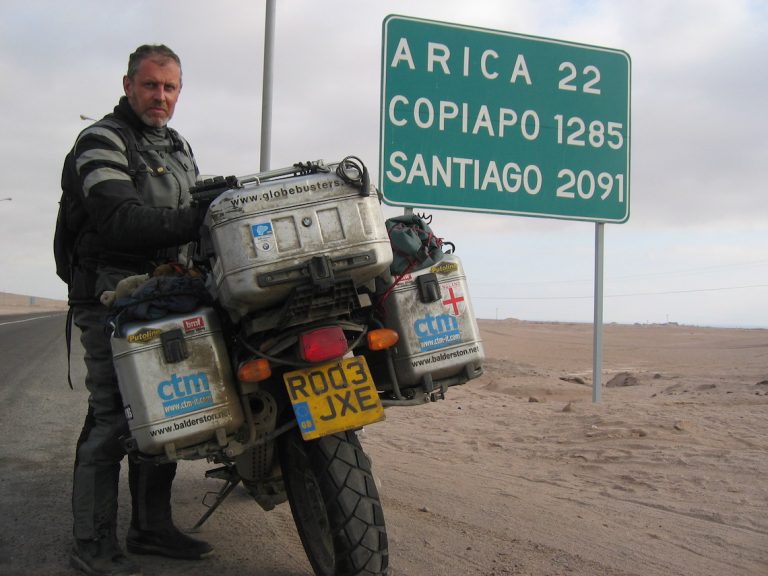 In 2002, Kevin Sanders rode around the world in 19 days, eight hours and 25 minutes. This new time smashed the existing Guinness World Record of 31 days and 20 hours held by Nick Sanders (no relation), and set a new GWR for the fastest circumnavigation of the globe on a motorcycle.

In 2005, Nick Sanders made a second round-the-world trip. He claims the journey adhered to GWR route criteria and took him just 19 days and five hours – a new world record, or so we reported in last issue’s Blow your Mind. However, following Kevin’s 2002 trip, Guinness ceased officiating point-to-point speed record attempts on public roads in the interests of public safety. “We cannot confirm whether Nick Sanders’ [2005] attempt would have qualified as a new Guinness World Records achievement as we have not reviewed details of his journey,” said a GWR spokesperson, “and as this category is rested we will not do so.” Kevin Sanders is therefore still the GWR holder for this title, and it’s likely he’ll be the last adventure biker to lay claim to it.

So, without GWR to authenticate proceedings, will there ever be a new official globe-touring road speed record? “When the record verification process was taken away, it removed a vital link for people like me to prove precisely how I do what I do,” says Nick. “It’s a bit like taking the ink out of your printer: you write well, but no one can see it.” Kevin’s wife Julia Sanders points out, “‘I don’t doubt that Nick did an amazing, gruelling ride, but as it wasn’t regulated or verified by GWR, is it genuinely a world record?” We have to admit, we’re not sure.

Nick Sanders is considering setting up a new motorcycle world record verification process based on GWR guidelines; the only problem being whether riders will grant it credibility. Nick adds, “I’d like to think riders would take this credibly from me, but it’s up to them. After a lifetime attempting records it’s not in my interest or anyone else’s not to act with the utmost integrity. I’m just trying to revive the time-honoured tradition of record-breaking.”

World records aside, circumnavigating the globe on a two-wheeled adventure machine takes courage, grit, determination and buttocks of steel. We at ABR salute both Sanders (still no relation) for keeping the dream alive. 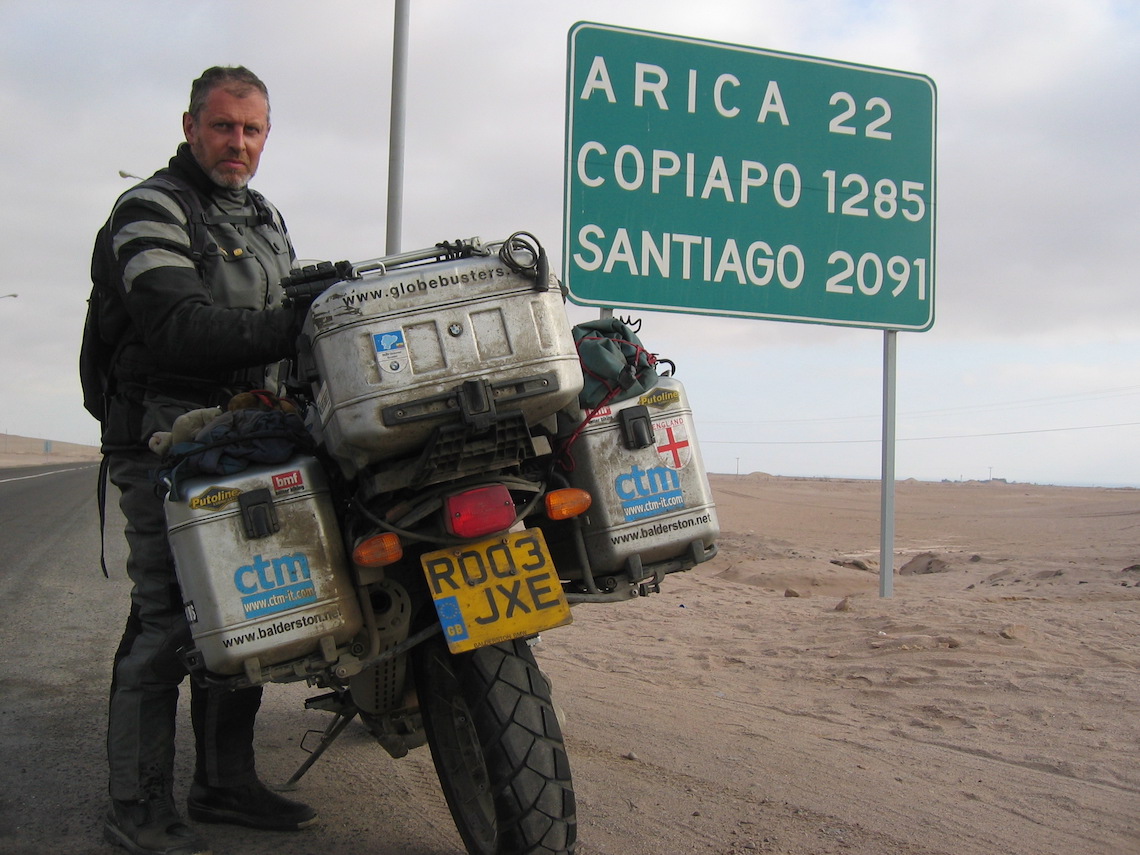