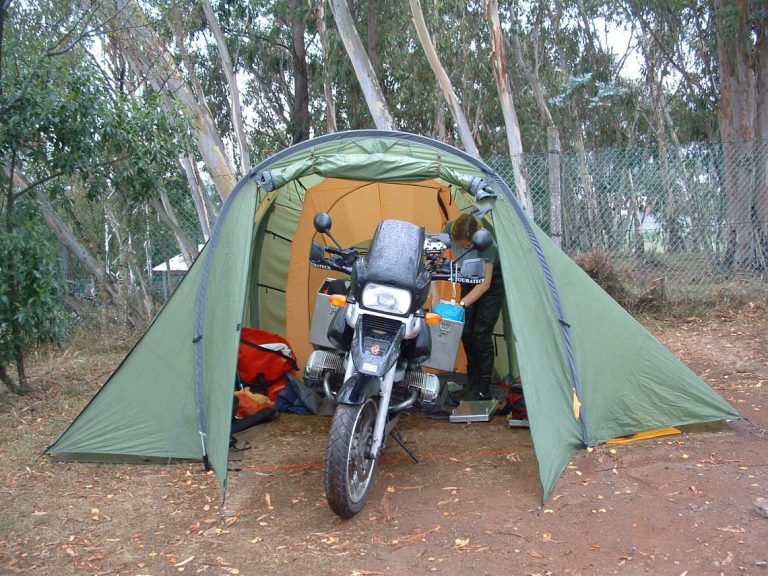 Overland and under budget – part 1

Dear Sam Manicom, I’m planning a six-month trip down through Africa. Do you think $30,000 will be enough? Regards, Gareth

My first thought on receiving this email was, ‘Excellent!’ It’s always fantastic to hear from people planning to escape on big adventures. My second thought, though, was that Gareth had been watching too many Long Way Round episodes. A bit unfair, maybe; whatever you think about how Ewan and Charlie do their travelling, they’ve encouraged an amazing number of people to enjoy motorcycling. But it’s often the question of cost that stops far too many people from getting out on the road.

My big escape lasted eight years, though I only planned – and budgeted – to travel for 12 months. Discounting my carnet (the customs document which allows you to temporarily import your bike into the majority of countries around the world) the average cost per day was around $7 (£4.40); that’s roughly $2,550 (£1,608) a year, which means the whole trip cost a little under $20,500 (£12,925). Even though my travels took me right through the 1990s when the cost of living was cheaper, the techniques I used to save cash are just as relevant now. Oh, and dollars? They’re still the best international travel-loot, though euros come a close second. My advice is to carry some of both. 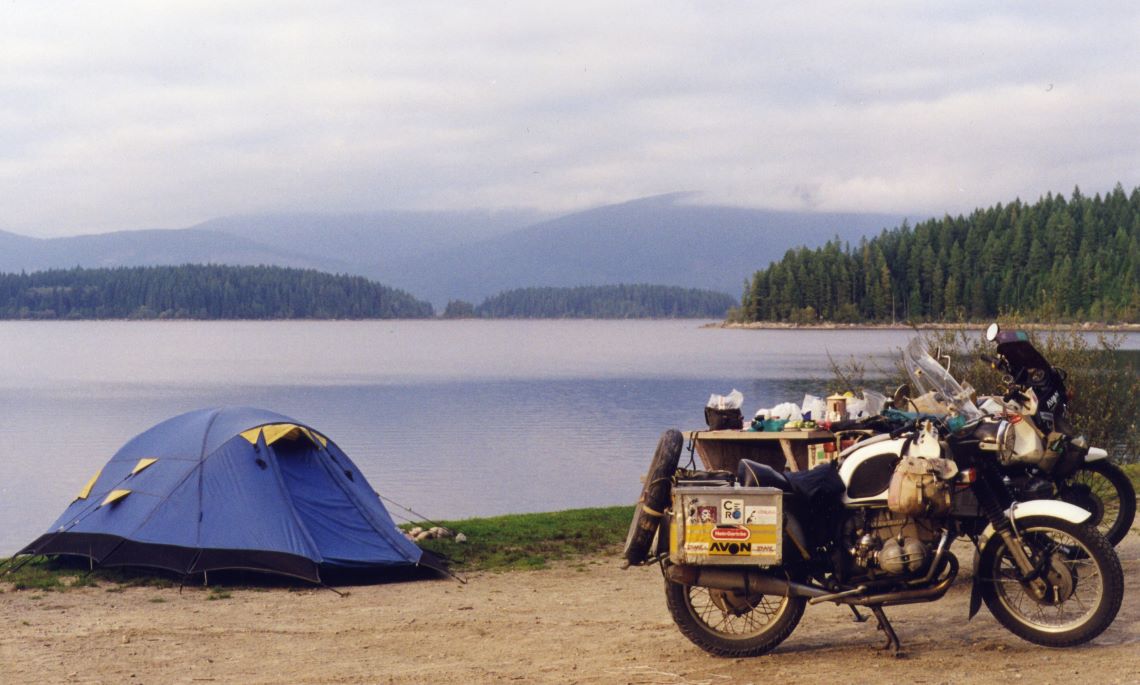 You must get into the money-saving mindset before you leave. I learnt this the hard way when preparing for my big trip. The salesmen saw me coming and my enthusiasm did the rest; I didn’t end up taking half the toys and gadgets I bought to help me deal with every eventuality on the road. The tip here is if you don’t know for sure that you’re going to need it, don’t take it. Carry as little as possible – your bike and your back will thank you. Less ‘stuff ’ will also make you a less attractive target for potential thieves. 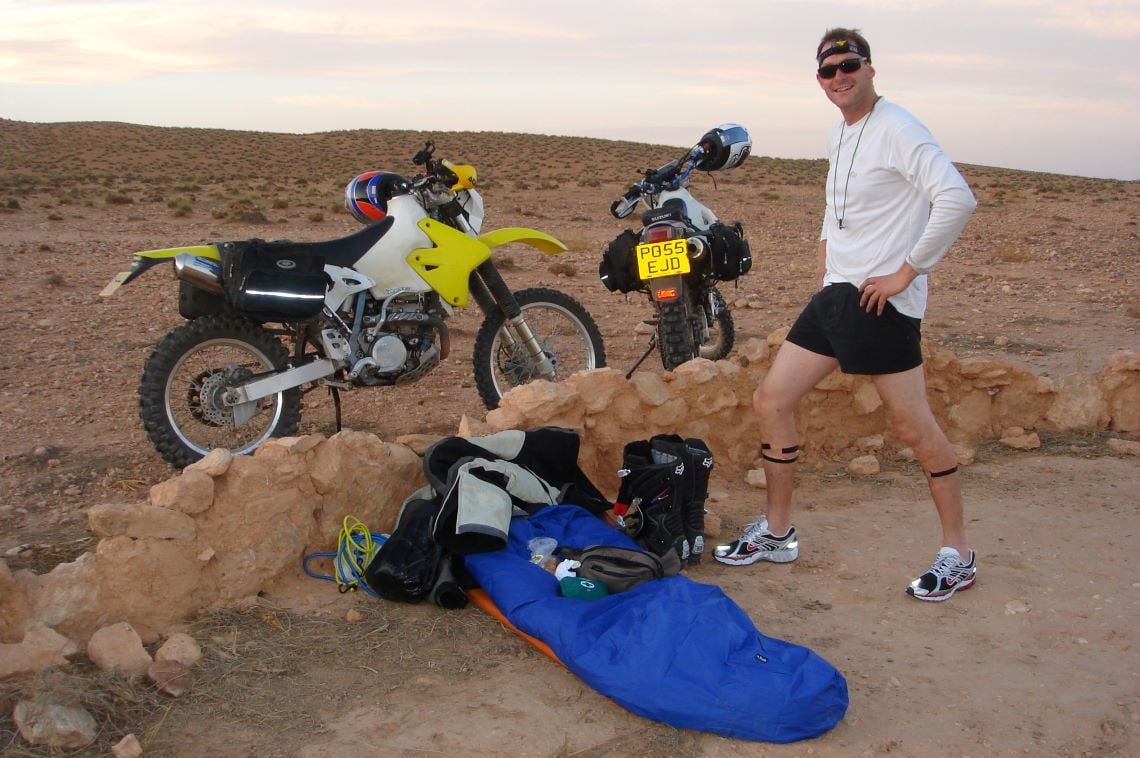 The pieces of kit you should invest in are: a pale-green tent (cooler in hot climes and easier to disguise than a darker one), a decent sleeping mat, a sleeping bag and a petrol cooker. Good-quality versions of these items give you independence and a better chance of dealing with the unexpected. Be sure to prep your bike properly too. Looking a bit battered is fine but it’s got to be in excellent working order. 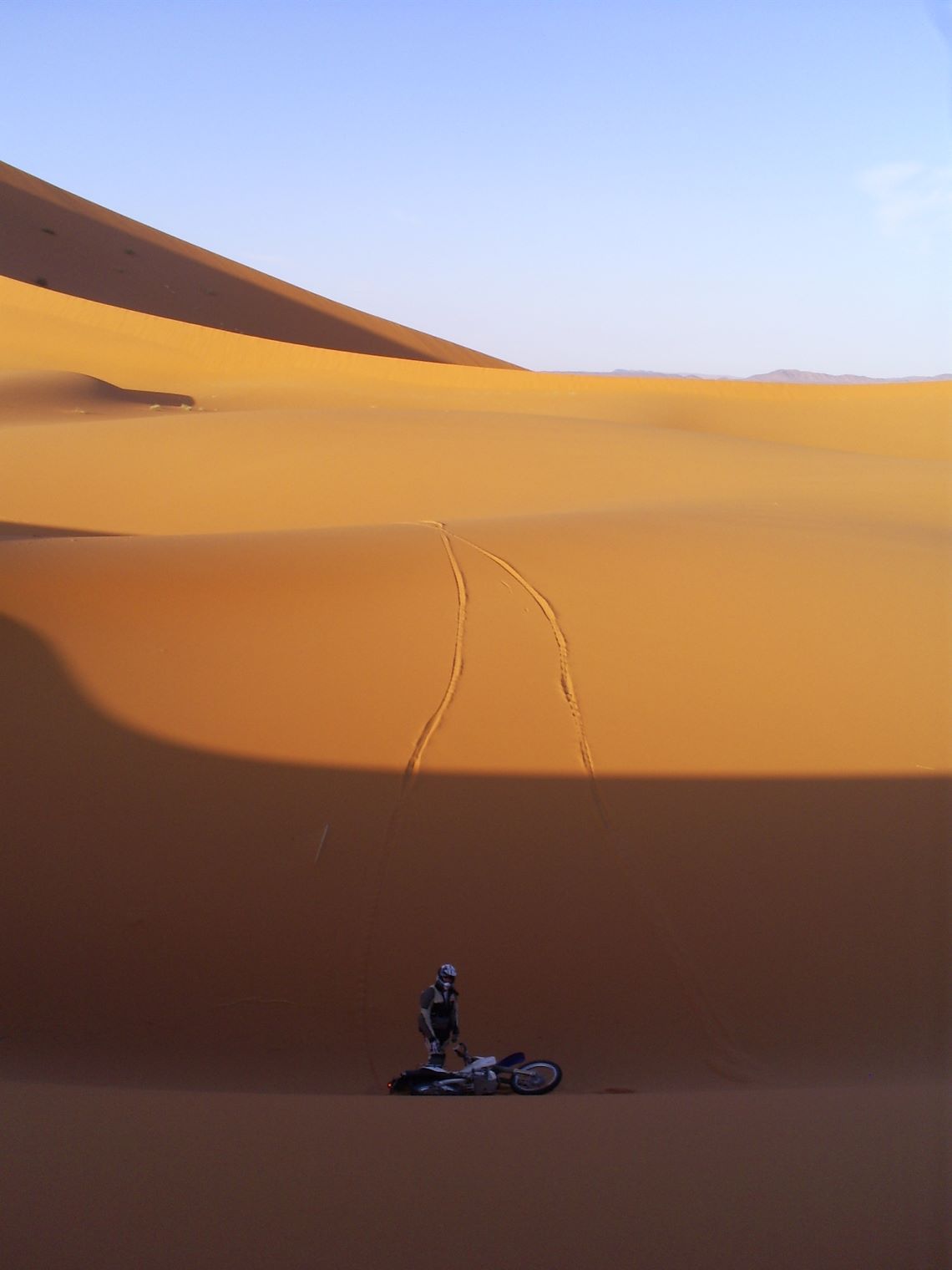 Kit for you? That’s easy – you’ll have most things you need already if you’ve been biking a little while. Good waterproof boots are essential; you’ll be living in them in all sorts of conditions, so they’ll need to fit like a second skin. Got bike trousers, a jacket, gloves and a helmet? Got a pair of cotton trousers, a long-sleeve cotton shirt, a fleece, a couple of T-shirts and some underwear? Good, then you’re set. No fancy new stuff is needed and a big chunk of loot is saved instantly. If you’re uncertain you’ll wear it, don’t take it. If you find you’re short of something on the road, buy a souvenir. I still love my Argentinean socks and my Kiwi boxers are the best I’ve ever owned. 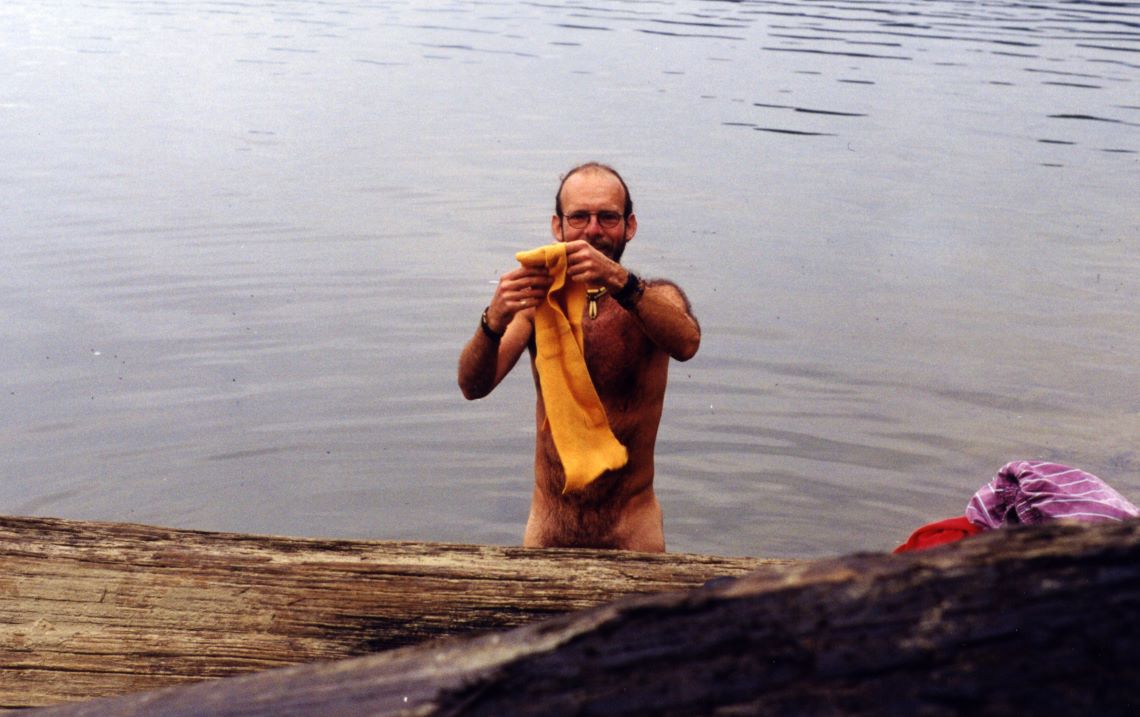 One of the biggest advantages of being on a bike is that you can stop where you want to. Your adventures on the road don’t have to end each day in a town and camping wild will save you a fortune – but only if you get to know the locals. In Africa, for example, headmen will often let you erect a tent on the edge of their village if you ask nicely, a bonus being that, once camped, you’re under their protection. I’ve also asked bar-owners if I can set up in their gardens, which has obvious advantages! I’ve camped free in schoolyards, farmyards, behind a police station, next to a service station, in a vineyard and even a supermarket car-park. Not only did this save me a bunch of dollars each time but I met some really interesting people into the bargain. Remember: “May I camp in the corner of your field? I’ll leave it exactly as I find it,” will usually be met with: “No problem,” and occasionally, “Would you like a beer?”

You do need to exercise some common sense, though. When camping wild, think about how you’re going to hide your bike. Austin Vince of Mondo Enduro and Terra Circa fame strongly advocates the two-tracks rule: head down a track and then follow one off that. You’ll have a good chance of being hidden from the main road. Ensure the bike’s reflectors are covered too. 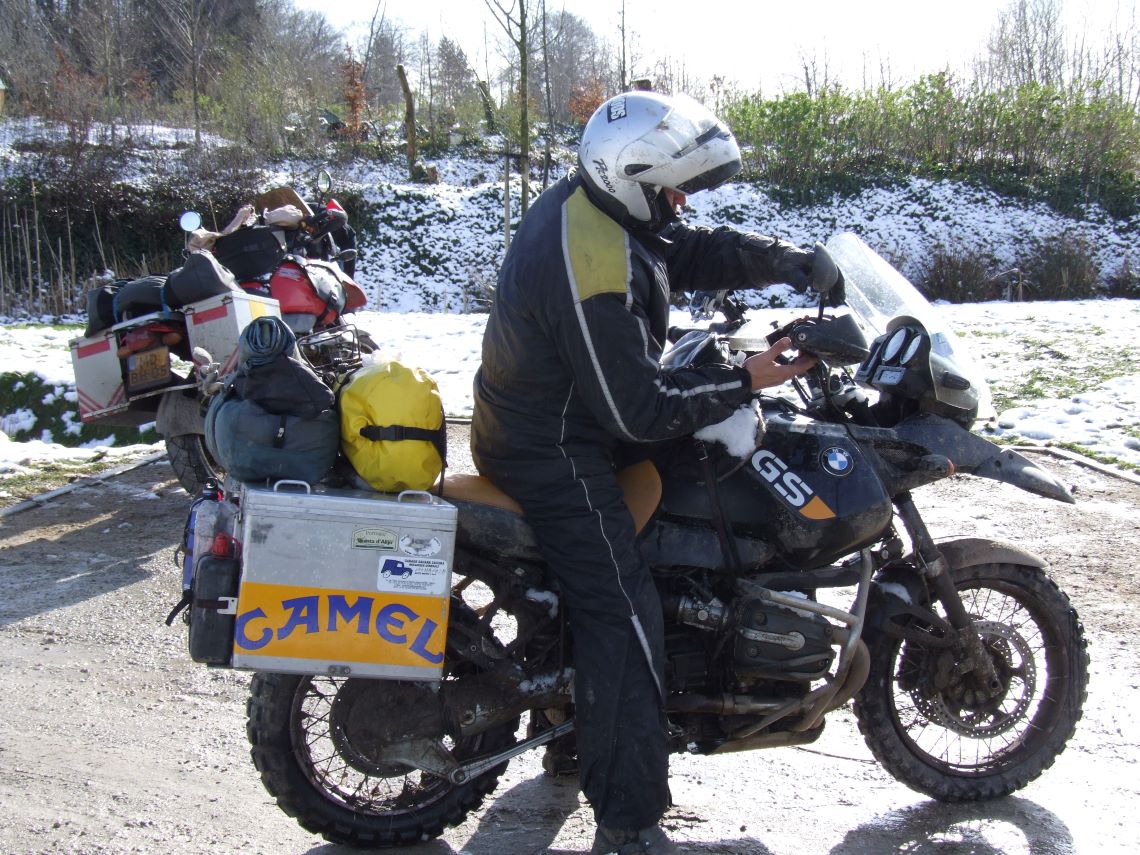 Travelling slower will help you travel cheaper if you decide to stay in accommodation. Start your day earlier, ride gently and stop in the early afternoon, before the long-distance buses come into town, and you’ll have the pick of the cheapie hotel rooms. By stopping earlier you’ll also be able to hunt out food in the local markets, or find yourself a bargain eatery. 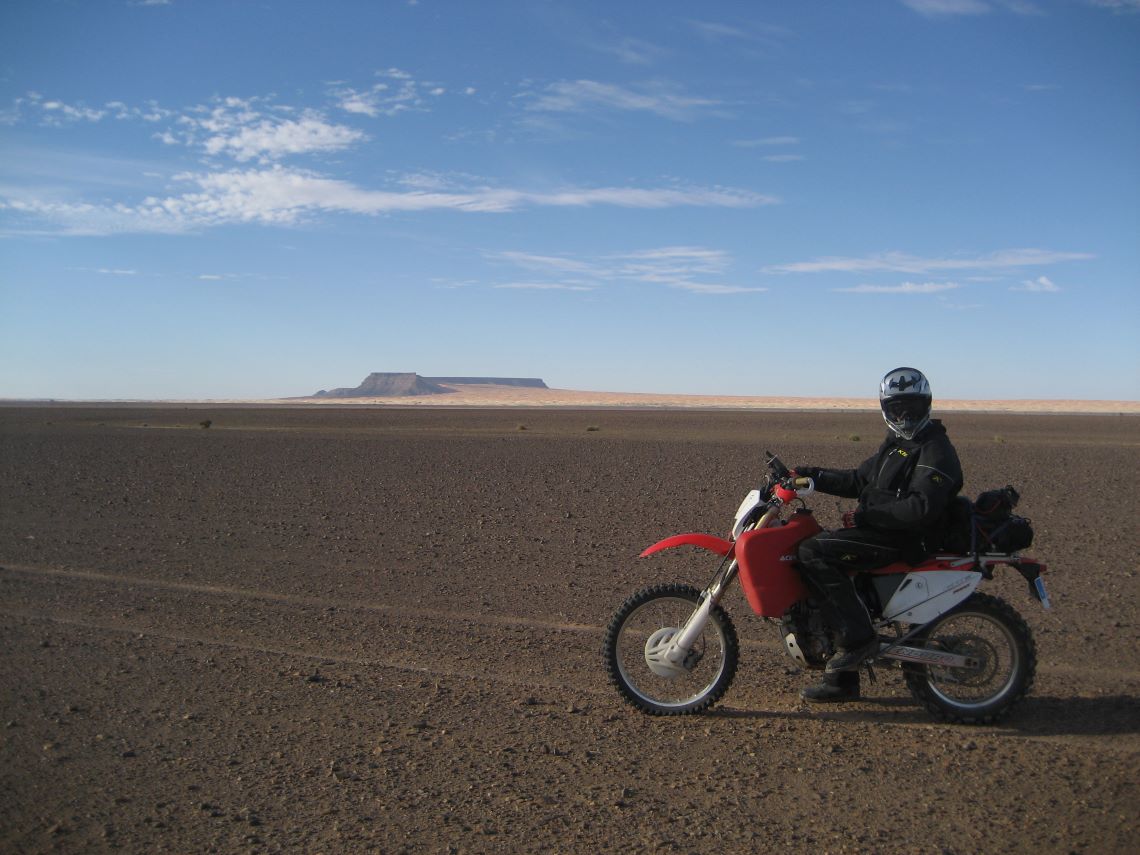 Another reason to go gently is that you’re far less likely to trash your bike and suffer expensive repairs and, of course, most bikes drink less fuel at slower speeds. My BMW R80GS is the perfect example of that. On a good day at a steady50mph I’ll get around 46mpg; if I ride at 70mph that quickly drops to around 38mpg – and I won’t embarrass my bike by saying how much of a lush she turns into when I do 80mph!

An extra bonus to travelling slowly and riding shorter days is that your time on the road doubles, which means more adventures and opportunities to learn about the places you’re in. There’s nothing wrong with staying a few days in a fascinating place, saving some fuel money and adding this to your daily budget; it pays to have fun! 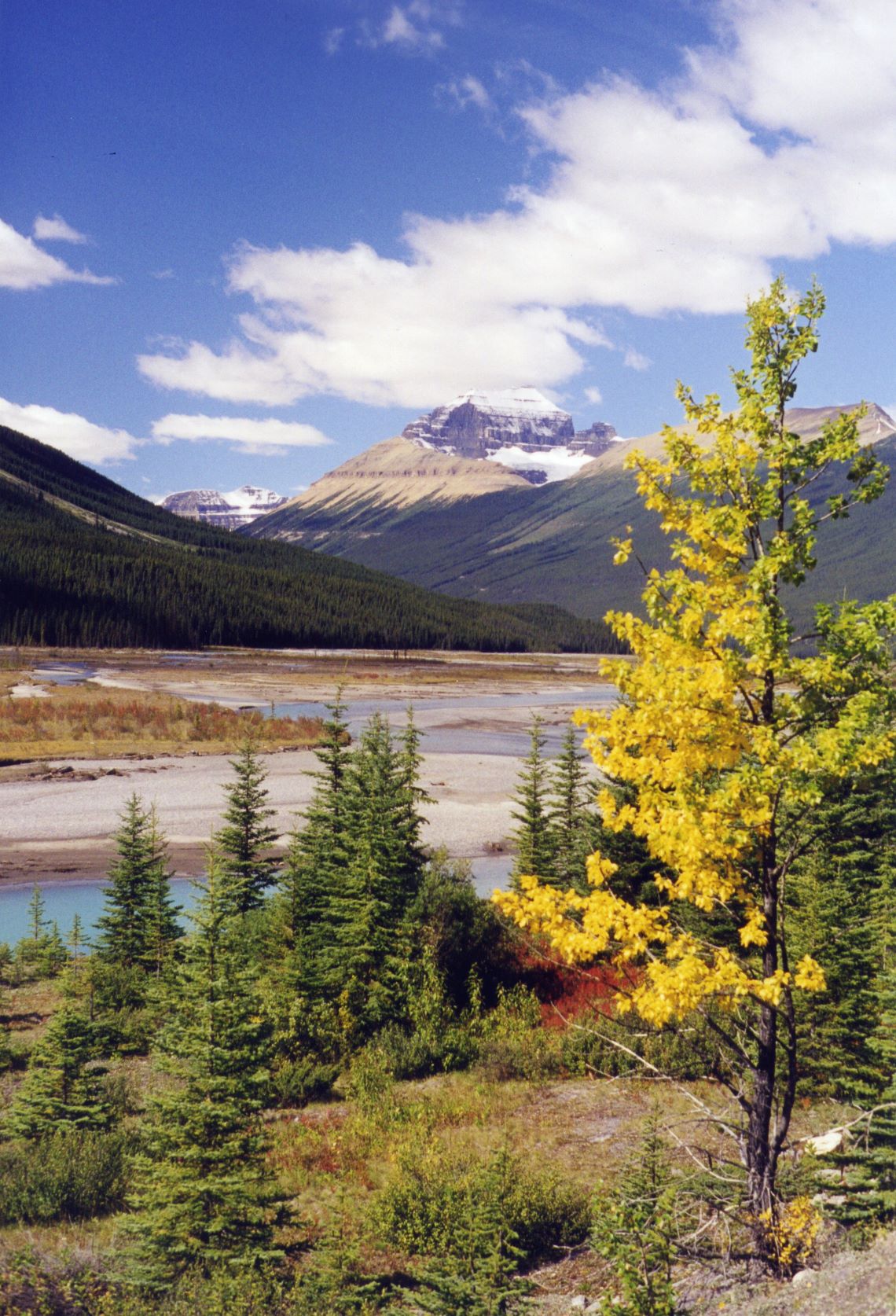 EAT, DRINK, AND BE THRIFTY

Despite managing my big trip on $7 a day, I sadly don’t think that’s anything like possible now. Sterling is worth diddly against most other currencies; fuel’s gone up and so have shipping and Visa costs. But I do think you could travel well on $17 a day – roughly £15 – if you’re prepared to cut down on life’s luxuries. Beer, for example, is a real budget-killer. You can have a good meal for the price of a too-warm beer in most places. For me, there’s no contest. I’d rather have another day’s ride on a full stomach than a momentary disappointment of a drink. And anyway, warm beer never tastes as good, does it?

As for food, eat what the locals eat. Cheap local fare can range from the highly exotic to the incredibly boring and stodgy; both will fill your stomach and so long as you’re aware of what your body needs to operate on all cylinders then you’ll be fine on the cheap stuff. Be sure to get your roughage, fruity type-vitamins, carbs and protein.

Another reason to shop locally is that the food markets of the world are one of the best places to people watch. It’s a great opportunity for the traveller to blend into the background but still be near enough to see and hear what’s going on, because everyone’s so intent on getting their food supplies bought. Some people’s bargaining techniques are simply superb to watch, and others can be a cross between a medieval jousting tournament and a Laurel and Hardy sketch! The stall-holders love it when travellers get into the spirit of things and with very little good-humoured effort you’ll find you can get their prices down to something like what the locals are paying. Another few cents saved on the day’s budget, and some entertainment too. Perfect. 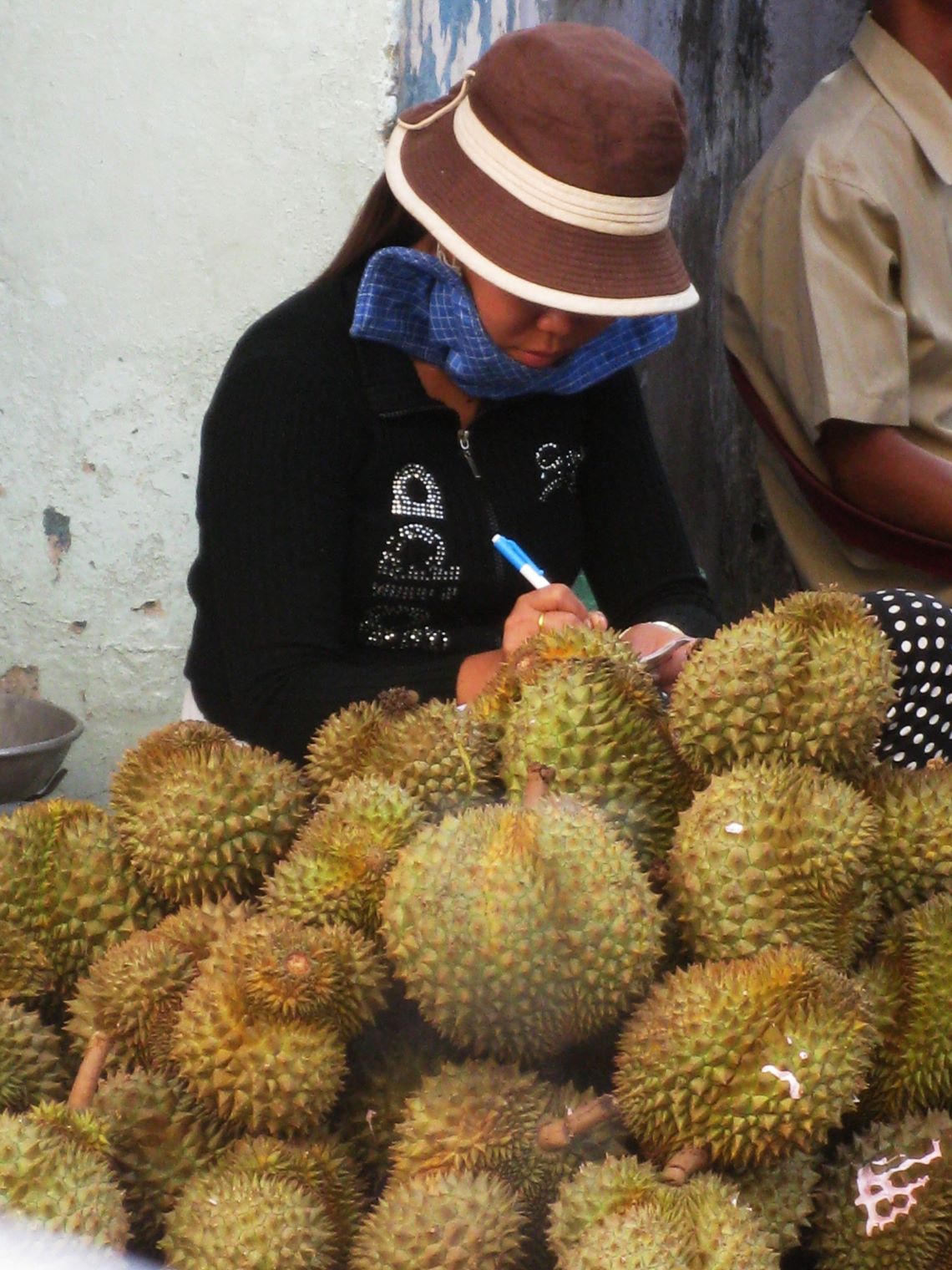 If it’s hot you’re going to need to drink lots. You’ve choices to make here: bottled water is fast, easy to get hold of in most towns and a really lazy way to get a drink. But you’ll pay over the odds for the privilege, and the cost to the environment of all those empty plastic bottles is significant. There’s also no shortage of skulduggerous types who are happy to refill those sparkling spring water bottles with potentially contaminated tap water.

So… drink fizzy pop? No, too expensive, and you’ll soon overdose on the sugar content. A water filter’s a good idea; they can be slow and hard work, but there are some very nifty new ones around, so don’t discard this option too quickly. Water purifying tablets? Yes, but they’ll cost you to buy locally and you’ll never carry enough from home to keep you going for a long trip. Don’t forget that very few tablets cover you for anything like the full range of lurgies. Some people add iodine to their water and in the right quantity it’s surprisingly tasteless. But you should only do this for shorter journeys – the build up of iodine in your system over a long journey isn’t a good plan.

The best and most cost-effective solution to the problem of finding drink- ing water is to boil it. To cook the food you’ve bought in the market, you’ll have a cooker. Use every spare moment to get the billy on to boil up water for consumption the next day. In relative terms it’s an easy and cheap option. Petrol almost always costs less than bottled water – a bizarre thought, eh? 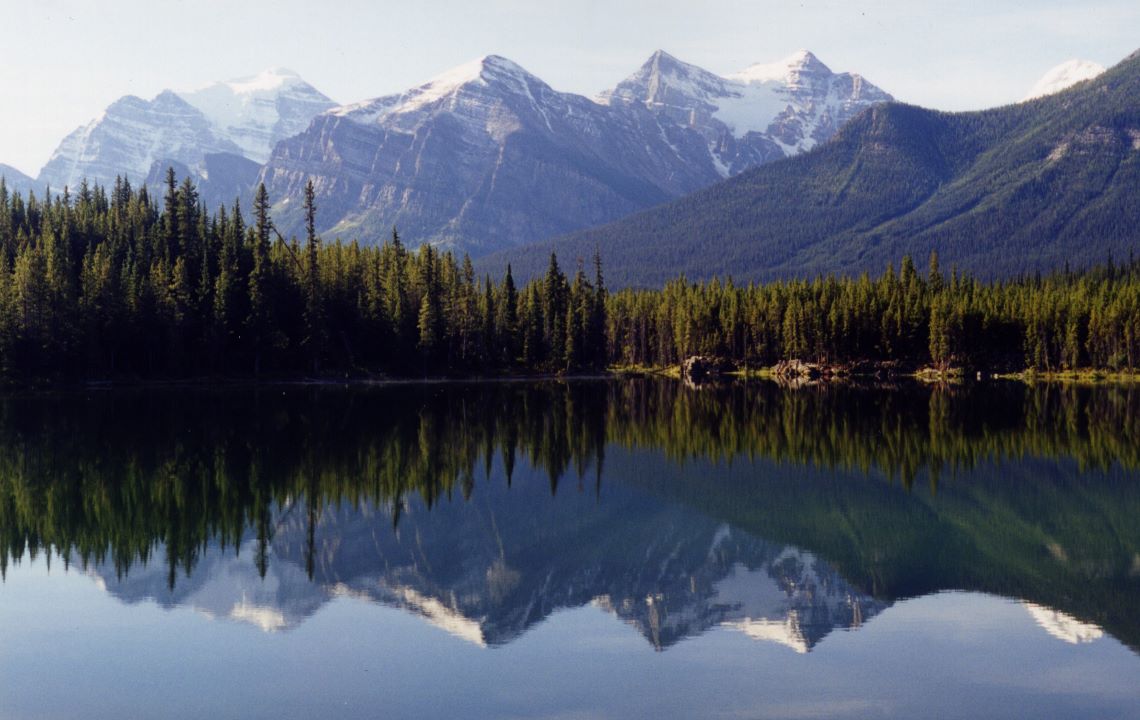 WHAT’S ON THE MENU

Eating local delicacies is a great way to save cash – so what can you expect to find where?

Tasty tips: Protein is a problem here. Meat can be a risk, so watch carefully how it’s treated before it reaches your plate. Don’t miss out on the chance to eat game – croc, antelope, water buffalo – and snake is tasty too. Salted fish is an unusual source of protein. Try it; you’ll see what I mean.

● Durian fruit ● Any rice dish ● Shrimp in SE Asia ● Thai ‘whiskey’ – but not too much of it! ● Lassi in India is excellent, and cheap ● Yak cheese

Tasty tips: A great selection of pork, mutton and beef is on offer, but don’t expect huge portions. Often you’ll just get a sliver for taste. The fish is amazing, but avoid eating locally caught stuff if you’re down river from a big city. India’s Chai tea is a taste sensation.

Tasty tips: Bananas were discovered here; they’re God’s fast food – readily available, cheap, easy to eat and always hygienic. Meat can be a problem as every part of the animal gets used, but local hard cheese is wonderful and will last you a long time.

● A full American breakfast – not cheap, but got to be done at least once! ● Empanadas ● Cochinita Pibil in Mexico ● Beer – but not the Bud or Cools type stuff ● and homemade maple syrup pancakes in Canada

Tasty tips: Most things are readily available here, but try to avoid going food-mad if you’re on a budget. Look for 2-for-1 offers in the supermarkets and try to buy what’s in season. Tap water’s safe to drink here, but boil any you pull from streams.

Tasty tips: Get your bread from the baker in the early hours when they’re chucking out yesterday’s goods. Go to the markets and help the stall-holders pack up at the end of the day, in return for some freebies. If you are really skint, try bin-diving behind posh restaurants and hotels. The food that’s thrown it is amazing!

● Mangoes ● DIY sandwich bars – bit of a luxury treat ● Seafood – straight from the port ● Wine – cheap and excellent ● Asian food – in cities, it’s among the cheapest food around

Tasty tips: Try things like kangaroo. You’ll be surprised. Possum tastes pretty good too. Nowadays, koalas are considered a pest, so you’d probably be OK to pop a bear or two in your pot. Drink lots of water. This land will suck you dry if you let it.