How much protection does your helmet really provide? 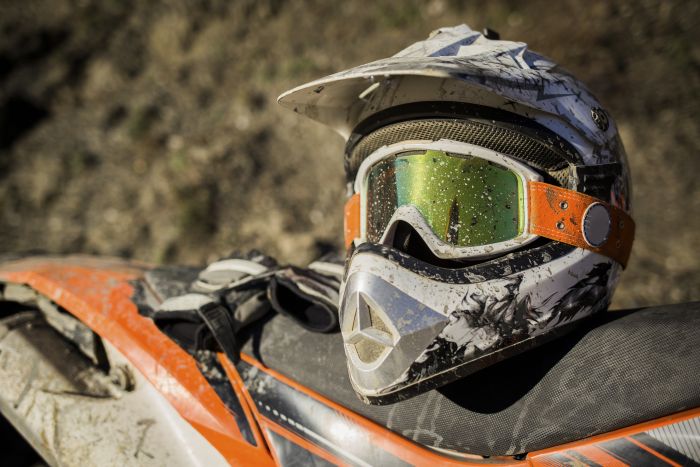 When riding in most countries it is the law to wear a motorcycle helmet, mainly for your own safety, but how much protection do they really provide?

The common belief among motorcyclists is that a helmet protects the whole head, including the brain. However testing standards in Europe (ECE 22.05) and the US (DOT & Snell), which involve dropping helmeted headforms from heights of two-three meters onto a steel plate, only evaluate motorcycle helmets in terms of their ability to protect against blunt force trauma, such as skull fractures and penetrating head injuries.

The mechanism underlying brain injuries, such as concussions and brain hemorrhages is distinctly different, but is not assessed by current motorcycle helmet testing standards.

Imagine a bowl of jelly, where the bowl represents the skull and the jelly represents the brain. The bowl (skull) serves to protect the jelly (brain) from impact by dispersing forces over a larger surface area. If the bowl were impacted such that the force passes through the centre of the jelly, the jelly moves very little. This is called linear force.

If you rotate the bowl of jelly between your hands you will see that the jelly moves quite a lot, especially towards its centre. This is called a rotational force. 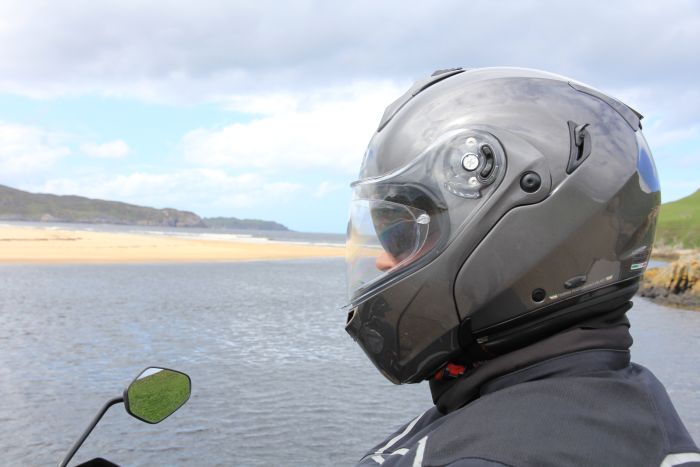 In reality, every impact will produce both linear and rotational forces. In the case of head and brain injury, linear forces are responsible for injuries such as bruises and fractures. Whereas rotational forces cause the nerves and blood vessels in the brain to stretch and tear, leading to concussions, injury to the nerve fibers (axonal trauma) and brain bleeding (hematomas).

The human head is designed to protect the brain against typical impacts associated with daily living, such as normal bumps and falls. The skull can be thought of as a helmet to the brain by resisting penetrating injury to the organ, while the scalp glides over the skull to decrease rotational forces, thereby reducing the risk and severity of brain injuries.

The forces associated with motorcycle collisions far exceed that which the human skull and scalp was intended to protect. Hence in motorcycling the use of a helmet to reduce the risk of such injuries is typically mandated. 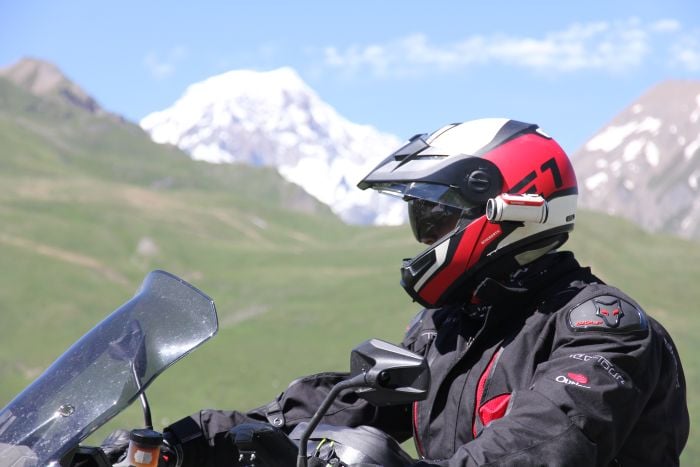 Helmets are designed with three principal components – the outer shell, the inner liner and a comfort layer. The shell is typically made of polycarbonate plastics or fiberglass and serves two purposes; to minimize the likelihood that a sharp object might penetrate the head, and to dissipate the impact over a larger surface area.

The inner liner is made from EPS foam (polystyrene) and serves to absorb the impact forces. The comfort layer does nothing more than provide comfort between the head and the polystyrene liner.

Unfortunately, the polystyrene liner has limited effectiveness at reducing the rotational forces – those responsible for brain injury – below safe levels.

A cooperative study was undertaken in Europe in the late 1990s to examine motorcycle accidents and their causes. Based on data from 4,700 helmeted motorcyclist deaths, the study found head injuries accounted for three-quarters of all fatalities.

More than 60 percent of which were brain injuries caused by rotational forces, while only 30 percent of fatal head injuries were due to linear forces. This extensive study shows that while motorcycle helmets certainly save lives in some areas, they are on-the-whole, inadequate in providing necessary protection against brain injuries. 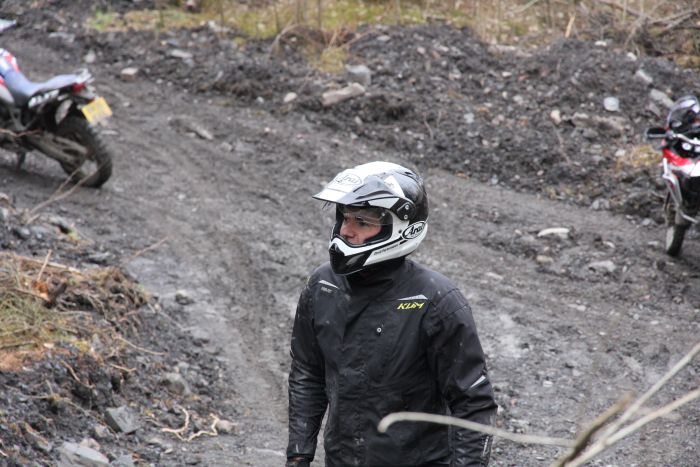 One might propose that protection against brain injury ought to deserve a higher priority. After all, the skull will likely heal from trauma, but the brain may not.

The challenge with protective headgear, including motorcycle, military and sports helmets is that, due to the characteristics of the liner materials, the head is directly coupled to the helmet. That is, the head and helmet are effectively joined and move as one. Therefore upon impact, any rotational forces generated on the helmet are transmitted directly to the brain.

In fact, due to the size of helmets rotational forces can actually be amplified. The solution lies in de-coupling the head from the helmet, much the way that the scalp is de-coupled from the skull, so that the helmet can have some degree of rotation independent of the head. In this way, the rotational forces are dampened before they are transmitted to the brain, thereby lessening the risk and severity of brain injury.

BRAINS, Inc., of which Dr. Lloyd is the Research Director, is developing a new generation of motorcycle helmets, utilizing a patented composite of shear-thickening non-Newtonian materials. Due to their nature, these advanced materials respond differently to linear and rotational forces, thereby allowing the helmet some independent rotational motion, effectively de-coupling the helmet from the head.

This technology shows great promise for protection against both blunt force trauma and traumatic brain injuries.

Given the choice of a helmet that protected against skull fracture and one which also provides protection against brain injury, which would you choose?

Dr. John Lloyd holds a PhD in Ergonomics from Loughborough University and is a Certified Brain Injury Specialist. He is a federally funded researcher and expert in the field of brain injury biomechanics. As a motorcycle enthusiast, John has clocked more than 200,000 miles, completed numerous training programs and has served as a biomechanics expert on a variety of motorcycle accident cases. To get in touch with John if you’d like to discuss anything in the above article, email: [email protected].