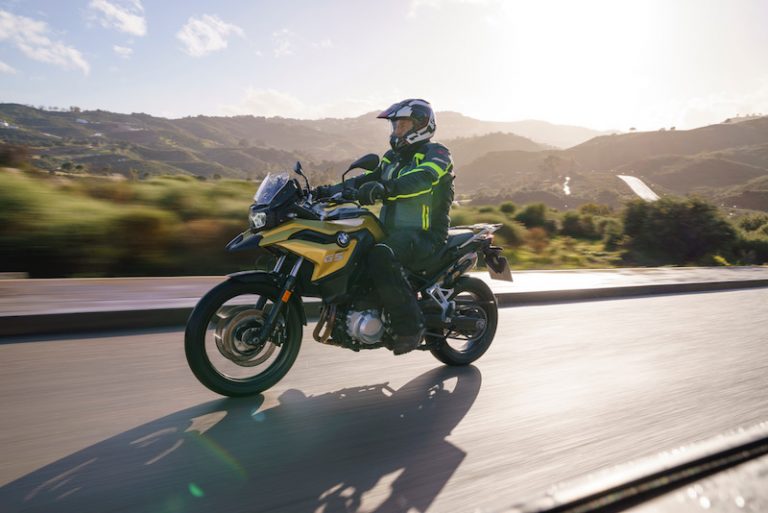 If you’ve just read my review of the new BMW F850GS then you’ll know two things: the new 750 has the same 853cc engine as the 850 and the weather for the launch in Spain was (almost) a wash out.

So, let’s kick off this review by unbundling BMW’s annoying trait of confusing the more casual observer by tagging up their mid-range bikes with meaningless numbers. The new BMW F750GS does not have a 750cc engine, it has a detuned version of the exact same 853cc power plant found in the F850GS.

The new engine found in both models is made by Chinese motorcycle manufacturer Loncin, which has been in collaboration with BMW since 2005 when the firm was commissioned to make the engine for the G650GS. Where the 750 differs from the 850 is in the power output, which is electronically controlled to produce 77hp as opposed to the 95hp on the 850. The torque is also reduced at 83Nm at 6,000rpm as opposed to 92Nm at 6,250rpm. The 850 accelerates slightly faster than the 750 and has a 6mph higher top speed rating, but other than that it’s exactly the same chunk of metal. 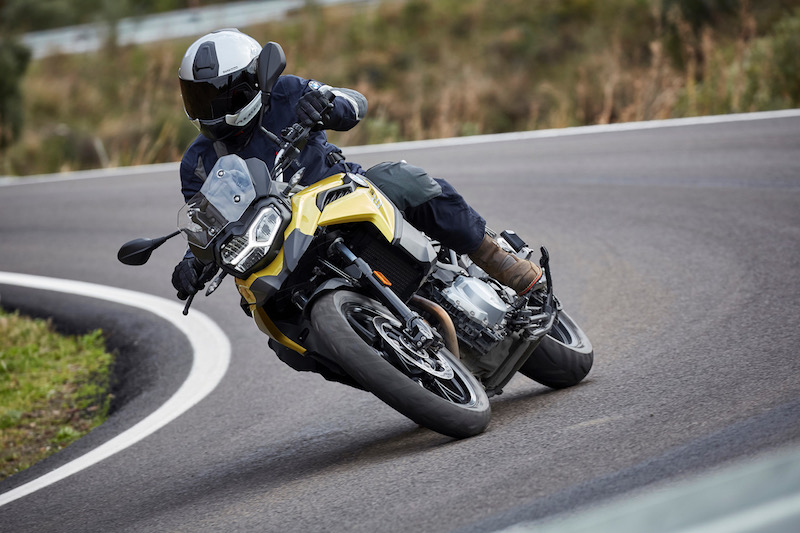 The BMW F750GS is no revamp of its 700 predecessor, this is a totally new model from the ground up. The only carryover is the sector in which BMW sees this bike performing, and in that they were pretty specific. The company views the 750 as a machine that’s going to appeal as an entry-level purchase (it can be tuned for A2 licence holders), those riders of a shorter stature and the female market. Speaking of which, BMW tells us that 15% of the older 700s were owned by female riders.

There’s no doubting that the BMW F750GS is a lot more manageable than the 850. It comes with a lower seat height (770-830mm) which, combined with the slim back of the tank and front of the seat, will mean that just about anyone over 5ft 2in is going to be able to get their feet down for stability.

The frame and chassis are one and the same and so are the electronics, which means you can spec the BMW F750GS with the same cornering ABS and traction control, dynamic ESA and multiple rider modes as with the 850 – so you might just want to head over to the 850 review to brush up on those. 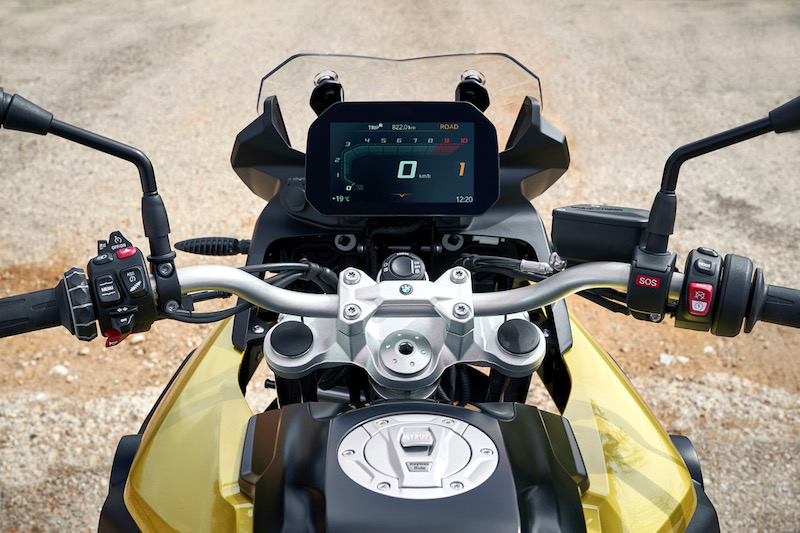 Both bikes also share the optional TFT screen and connectivity features, which are the same as found on the lager 1200, of which I had time to use more extensively at a launch last year in Wales.

The rider can connect with the dash via Bluetooth and make telephone calls and listen to music on the move (you will need to own a helmet with a communication system, obviously), plus the system will connect to a BMW app on your phone to provide integrated navigation controlled by the excellent handlebar-mounted BMW control wheel. Whilst this GPS function works well, it can only be bettered by full integration with the screen without having to access a phone.

On the road, the 750 didn’t feel any slower or less powerful than the 850 and with the addition of a wider 17in front wheel there is a slightly better feeling of balance and security from the front end. For the taller rider it feels more compact than the 850, though shorter riders will see this as an advantage.

Overall I reckon the new BMW F750GSis an all-round upgrade and improvement over the old 700. It’s such an easy bike to ride and live with whilst still offering a level of performance that’s unlikely to disappoint any rider.

Once again, the destructive weather conditions in Spain cut short our test rides on the BMW F750GS, but I learnt enough on our short ride-out to say without any reservation that this bike is going to be a winner in the market it’s intended for.

At £7,950 it’s also looking a bit of a bargain, but I’d definitely go for the higher specified ‘Sports’ model at £9,400, both for the excellent rider features and the fact that it would be more likely to hold value and appeal in the second-hand market when it’s time to trade-in.

BMW F750GS specs at a glance 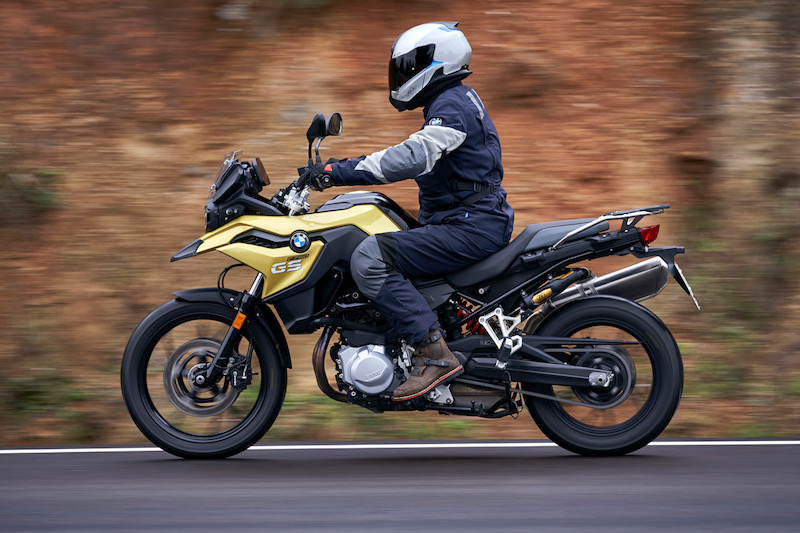 As a commuter: The 750 would make a great commuter. The more manageable size makes it more manoeuvrable in slow-speed conditions without losing anything in frugality, performance and comfort.

As a weekend tourer: As with the 850, this bike is going to have you making time for long weekends away.

As an off-roader: If off-road is a priority and a major part of your buying criteria, then go for the 850. If you just want gravel road capability, the 750 will do fine.

As a continental road tourer: More than capable of high-speed motorway cruising and it’s going to be a lot of fun when you get to the twisties in them there hills. Good fuel economy, too.

As an RTW overlander: Less off-road capable than the 850, but looking more than capable of taking you RTW in comfort on tarmac and graded piste.

As a pillion carrier: As with the 850, I’d be looking elsewhere to a more pillion friendly bike if a back seat companion is a regular on ride-outs and tours.