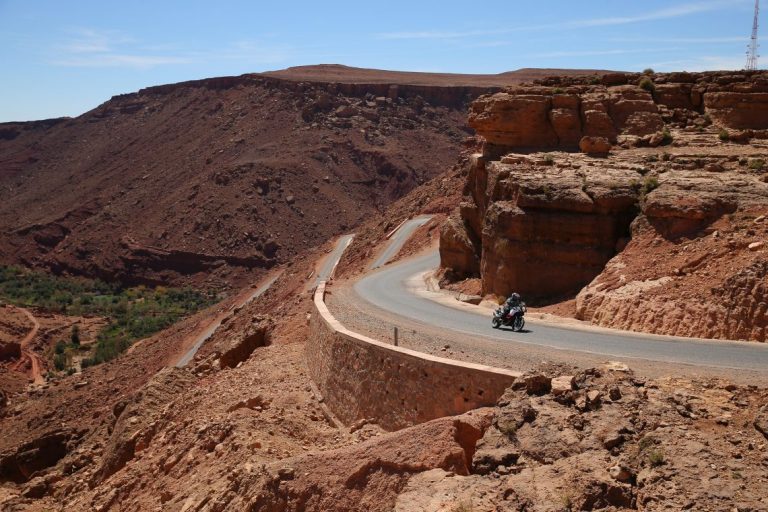 I remember vividly the first time I seriously considered tyres. A sentence, if there ever was one, that confirms how blisteringly exciting my life has been. I was sat behind the steering wheel of a Series 2 Land Rover in four inches of sticky mud at the bottom of a steep-sided bomb crater on a mountain in South Wales.

I was 19 years of age and going nowhere, whilst all around wise old heads in battered 4WD’s were creeping up impossibly steep and muddy slopes. I’d like to be able to tell you that one of those old sages strode over and dispensed some life-changing advice and I drove out of that bomb crater with aplomb never to be stuck again. But that didn’t happen.

What did happen was one of my mates threw down a tow rope and reminded me that I “should have bought those knobblies instead of pissing it up against a wall last weekend’’. He had a valid point all right, but the weekend had finished on such a high (note to myself – look up Jackie on Facebook) I considered being stranded in a crater a fair trade-off.

Life, as they say, is all about tyres and grip. Try riding a scrambler through a wet field on slicks or fitting an R1 with motocross rubber for a balls-out track day. Both ultra-quick ways of discovering the critical nature of tyres and the unsung, celestial beauty of construction, tread pattern, compound composition and pressure. They make the difference between having a great day out or, metaphorically speaking, philosophising over a romantic weekend whilst stuck in a bomb crater.

But enough of such things. I was in the presentation room at the Hotel Berbere in Ouarzazate, Morocco, the gateway town to the Sahara Desert and the venue for the world launch of the new Bridgestone Battlax Adventure A41 and Sport Touring T31.

Up front was an enthusiastic Bridgestone employee just about to kick off a slide presentation emphasising all that was unsung, celestial and beautiful about the new rubber. I took a long last sip of a divine Moroccan red wine and the work began – as I’m prone to remind you, it’s a tough job, eh.

The Battlax Adventure A41

Unlike motorcycle manufacturers that market adventure bikes based on the romantic notion of us all being up to our waists in an African mud fest, or drifting back ends for fun on the Road of Bones in Siberia with a young muse on the pillion, tyre manufacturers have to get real.

Despite what we may fantasise over and consider mainstream, the hard reality, founded on extensive research and empirical data, is that we spend far more of our adventure-bound life on tarmac, with only the occasional foray to the untamed side of the curb.

With that in mind Bridgestone have designed the new A41 for 90% road use and 10% off-road performance. The off-road capability is essentially limited to gravel trails, much like those found in Morocco, and part-finished Starbucks car parks. And the company is really going for it here, with a full suite of seven new front tyres and nine new rear tyre sizes to cover just about every adventure motorcycle that’s out there.

There’s a lot of technical stuff I could impress you with when it comes to tyres, but then you’d probably just yawn and turn the page. So, let’s just keep it to the need to know.

The big challenge and emphasis with the new A41 was to increase water drainage, wet performance and overall feel in low temperatures. Bridgestone achieved this in part by changing the tread pattern and increasing the sea/land ratio (that’s the in-the-know way of saying contact/non-contact areas) at both the front and rear tyres’ shoulder areas.

With less rubber in contact at the shoulders there is better water distribution and to aid grip the company has used its latest nanotechnology, which works at a molecular level, to increase flexibility, which in turn improves contact feel and therefore enhances grip. This all translates to 9% higher wet friction and (during track tests) 8% faster lap times.

The more observant reader may have latched onto the fact that we’d be testing this all out in desert conditions. Well, yes, but then check out my review of the latest BMW F850GS (page 100), which were fitted with A41s and took place in tropical storm conditions in Malaga, Spain. I can assure you, the wet weather performance would have impressed Noah.

The A41 also comes with a main contact patch area 5% larger than its predecessor, the A40, and with a more even pressure distribution this again translates into better grip both on wet and dry without reducing wear life. All in all, improvements and upgrades where it counts, with no downside.

The test ride was sure to be a blast and a heavy cosh for testing the new A41. There were six of us and only one, yours truly, was not a TT racer. The road conditions ranged from tabletop smooth and straight new Chinese-built tarmac to single track mountain roads with blind hairpins strewn with ruts, potholes and gravel.

Plus, we had the usual array of kamikaze-inspired wildlife and oncoming vehicles piloted by drivers who felt it disrespectful not to meet you head-on, especially on blind bends.

Let’s just say the riding was committed and the A41s were given the sort of run-out that tested them to the full, and they performed excellently and delivered all that was asked from them, which in some instances was extreme. The level of grip, feel and sure-footedness on high-speed straights or when cranked over on hairpins was spot on.

The off-road test ride comprised of around 90 miles of dry dirt and gravel trails with the occasional rocky section and the odd sandpit. The assortment of bikes on hand included an Africa Twin, Super Ténéré, BMW GSA, KTM 1090 and 1290 and a V-Strom. All big, heavy, powerful machines with excellent suspension, traction control, ABS and capable of hitting three figure speeds with ease.

Once again the A41s were given the sort of abuse and trial they are unlikely to be afforded when riding a motorcycle that’s just cost you over £10,000. These bikes were chucked about at speed with both the throttle and brakes given a gruelling workout.

We were having so much fun that the A41s were never given a second thought, which is about the top endorsement I can give them. Mind you, they are no mud pluggers and a bit of rain on those dusty trails would make life decidedly tempestuous.

With a full day of road-only touring on the T31 we were once again presented with a choice of steed; Versys 1000, Multistrada, Africa Twin, Versys 650, BMW RS1200, Yamaha Tracer 900, BMW S1000XR and the BMW GS. The idea was to swap around during the day to get a feel for the tyres on different machines.

The test road conditions were pretty much the same as with the A41, with the exception of the gravel trails, but the wind had kicked up a hoolie and was blowing like bejaysus across the barren desert landscape.

Kicking off on the Versys 1000, it wasn’t long before the TT genes of the group kicked in and we were tamping down roads giving the T31s a fair old work out. At one point the wind was so strong that I was riding along a straight with the bike leaning at near 45 degrees just to keep a straight line and all that was needed to take a right-hand bend was to lift the bike to just off vertical.

That’s the first time I’ve ever experienced leaning a bike slightly left to turn right. I’d say we were tacking rather than steering and fair play to the T31’s for keeping us rolling.

As with the A41, the main challenge with the T31 was enhanced wet grip and handling whilst maximising contact feel. Morocco was no test to judge the wet features, however, Bridgestone data confirms a higher friction coefficient on wet than its predecessor and 3% faster lap times on a wet test track.

Additionally, I can personally confirm the sure-footed performance of the T31s in rain from the new BMW F750GS launch in an extremely washed out Malaga (see page 107).

Bridgestone have upped their game with both the A41 and T31. Both tyres offered a super planted feel along high-speed straights and especially so on long sweepers and high-octane hairpins. The T31’s are the obvious choice if you crave a bit of ‘sport’ in your touring, with both the front and rear offering Velcro-like grip even when pushing extremely hard into corners.

Despite their 90/10 rating for road/off-road, the A41s surprised quite a few riders with the combined competence of grip, stability, confidence and control during the off-road sections. Equally so on the tarmac.

I can say with confidence that both the A41 and T31 were put through their paces at a rate of knots I’d not ride when at home and on my own bike. Both passed their respective tests with ease and as such, I can highly recommend them.