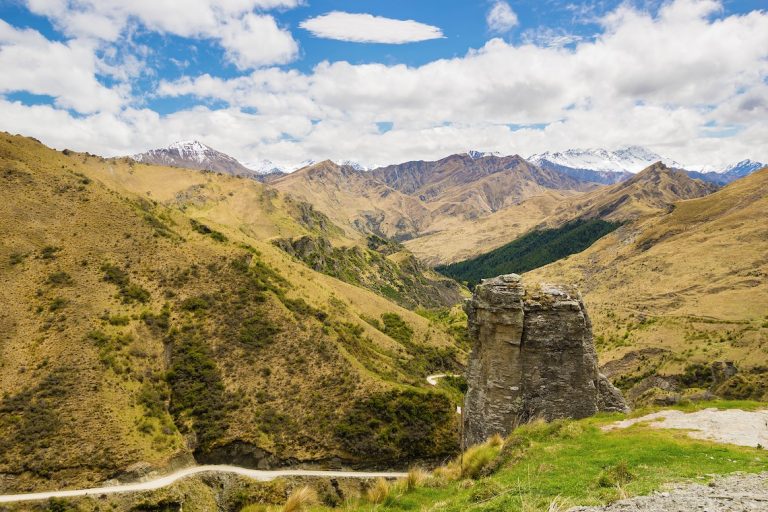 New Zealand is renowned for its spectacular scenery and superb riding, but this road offers something special

When it comes to great riding roads, the Skippers Canyon Road in New Zealand is too often forgotten about – and what a mistake that is. It’s one of the world’s hidden gems and provides you with all the riding challenges you could ask for, as well and some of the best views on Earth.

Located in the southwest of New Zealand’s South Island, just outside of Queenstown, the canyon was created over 25,000 years ago by glaciation. While Mother Nature shaped the land, it was by the hands of miners that the road was carved out to the canyon walls almost 150 years ago. Since then the road, and the landscape, hasn’t changed much, which gives the journey an unkempt and unknown feeling of its own.

Considering its only 16.5 miles long, Skippers Canyon Road packs a lot into its short distance. The road is full of blind corners and heart-stopping drops down the sheer cliff face. The road surface might seem pretty sound in most places but the local rock is soft and it isn’t unheard of for the road to crumble under traffic.

Skippers Canyon Road, supposedly named after Malcolm ‘Skipper’ Duncan who is credited with discovering gold in the area, has been described on many occasions as a treacherous road, being carved out of the rock face with huge drop-offs.

The recommended speed limit is 12-15 mph for a reason; the road is narrow and hard to navigate and there is one four-mile stretch where there is no turnaround or passing space so vehicles are required to reverse around slippery roads and sharp corners. Being on a bike, you might be expected to teeter on the edge of the vertical drops as larger vehicles pass by.

The narrowness of the road isn’t the only aspect that can affect your journey through the canyon – animals on the road, landslides and the lack of safety barriers in front of the several hundred-metre drops add more than a slight sense of caution to the journey.

Road signs at the beginning of the route hint at just how tough-tackling this road is going to be – but damn is it worth it! With views of the Richardson Mountains to the west and the Harris Mountains to the east, the scenery is worth the gamble alone.

Travelling along the Skippers Canyon Road you also come across Skippers Bridge – a 96m long and 90m high suspension bridge over the Shotover River.

Nicknamed ‘Hell’s Gate’, it is one of the few roads in the world where rental vehicles’ insurance cover runs out, so taking your own bike is a must! New Zealand is well-known for it’s luscious landscape, but The Skippers Canyon Road really is the hidden gem – short, sweet and scary as hell.