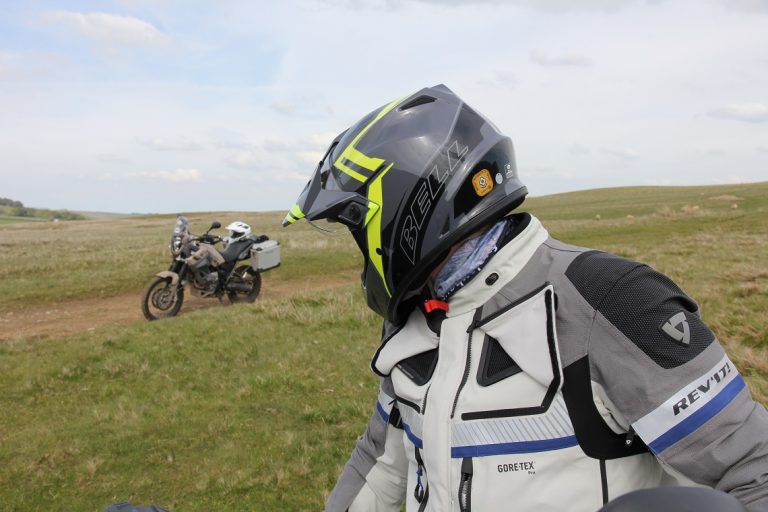 When it comes to the legislation surrounding the helmet you wear it’s easy to get confused. ABR’s legal eagle, Andrew Dalton, sheds some light on the legalities

Pretty much any helmet that you buy in the UK will meet the UN ECE 22.05 regulations or British

Standards 6618.1985. Do these standards actually mean anything for riders here on the roads of the UK?

In terms of safety, without these standards being adhered to there’s no saying how protective your helmet maybe. Legally, wearing a helmet which does not meet with either of these recommendations is unlawful, as is riding bareheaded, and it is an endorsable offence.

When it comes to tinted visors, most road traffic officers who I speak to, and I speak to a lot, regard these laws as utterly ridiculous. Despite the fact that just about every rider in southern Europe has a dark visor on in the summer, they are no more legal anywhere else within the European Union than here in the UK if they let in less than 50% of light.

On the rare occasions when dark visors have been an issue at a civil trial, the judge has been quite happy to concede that they are no more than a convenient replacement for sunglasses. If you are worried about breaking local laws, then wear a clear visor, however, I am not going to lose any sleep over it, and if I am more comfortable in a dark visor, I am wearing one.

The subject of flip-up helmets is more contentious though. There are some which are designed to be ridden with an open-faced configuration, thereby creating a helmet which has modest jaw and face protection. The real problems occur when a helmet which has a large chin guard, is ridden flipped up as the law is far from clear in the UK. The test is ‘does the helmet meet the required standards?’ Well, if it is stamped with either the BSI kitemark or the ECE 22.05 compliance markings, then it does.

You would be committing an offence if you rode with your helmet unstrapped because the use of the strap is specifically covered in law, but when they were drafted, and the ECE tests ratified, in 2002, flip-up helmets were a rarity and the tests do not really contemplate them.

While an officious police officer could try to prosecute a rider for riding flipped up, having looked at this carefully I am of the view that as long as the strap is done up, it would not be an offence.

That said, it might not be a wise thing to do. If your chin piece is sticking out and you have a fall, the rotational forces that it could potentially generate could snap your neck like a twig.

If you were injured in the UK and your helmet, having been flipped up, contributed to facial/neck injuries, there would be a justifiable argument for a defendant to reduce the value of your claim by 10% which is the same reduction which is made when a helmet is unstrapped.

You would have more of an argument if you suffered jaw injuries because there was nothing unlawful about riding with an open-faced helmet. The chance of coming off and having a serious rotational force applied to your neck are slim but the consequences could be so horrible that I have now cried off wearing a flip-up, well, flipped up.