Interview with Nick Sanders: getting to know the man behind the world records 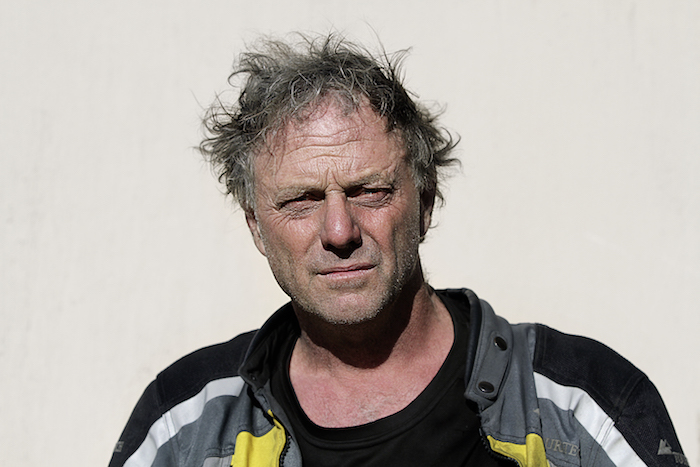 When it comes to iconic figures in the adventure motorcycling world, there are none more enigmatic than Nick Sanders. Here we look back at his exhaustive list of achievements, and delve into the mindset necessary for such an extreme life in the saddle.

Nick Sanders is a man of many firsts. On the 9 of June 1997, he achieved a world record 19,930-mile circumnavigation of the globe in a record time of 31 days and 20 hours. This journey set the precedent of what has been an extraordinary 36 years for Nick.

He has since been the first person to ride from Alaska to Tierra del Fuego and back in under 49 days, 17 hours. The first to lead paying clients on a concept tour to the Top of the world Highway in Alaska, and to lead 22 riders 33,000 miles around the world in 2002.

In 2019, Nick Sanders was appointed Member of the Order of the British Empire (MBE) in the Queen’s Birthday Honours for his services to endurance cycling and motorcycling. 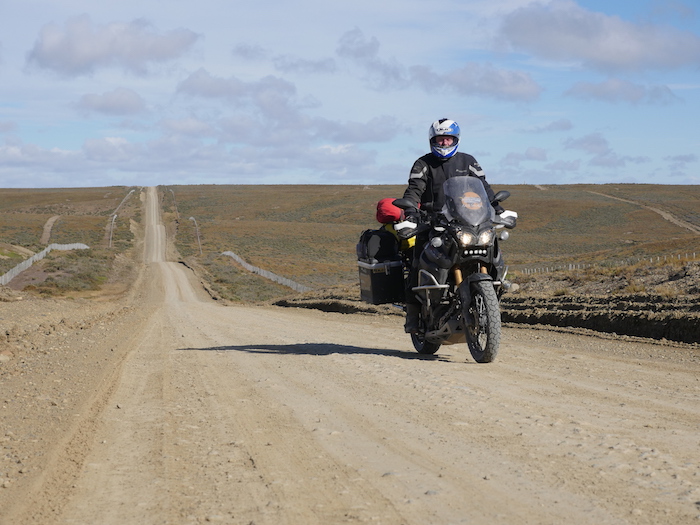 “I have four R1s, including the bike I took across the globe in 19 days in 2005, two Yamaha Super Ténérés and an XT660, which I’ve modified, putting a sidecar on it. Oh, and an old Triumph Daytona that carried me across the world in 31 days as well as the Enfield Bullet from my 1997 record.” 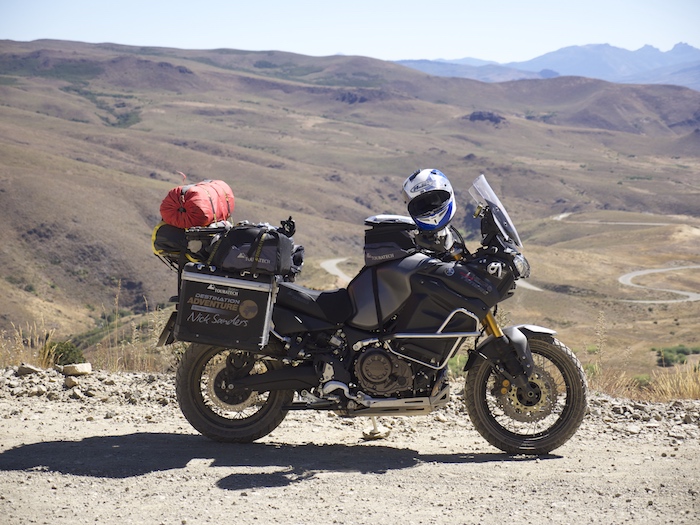 I asked Nick if they were a sort of trophy cabinet of all his achievements, he didn’t think so. “Despite keeping them all, I don’t get too attached to my bikes. I see them differently to most people, as to me they’re multifunctional. I’ll stick bags on either wing mirror of my around the world R1 and take it down to the co-op to do my weekly shop.” It’s quite comical to imagine the people, off on their weekly shop, that have pulled up in the car park blissfully unaware that the bike next to them has circled the world. 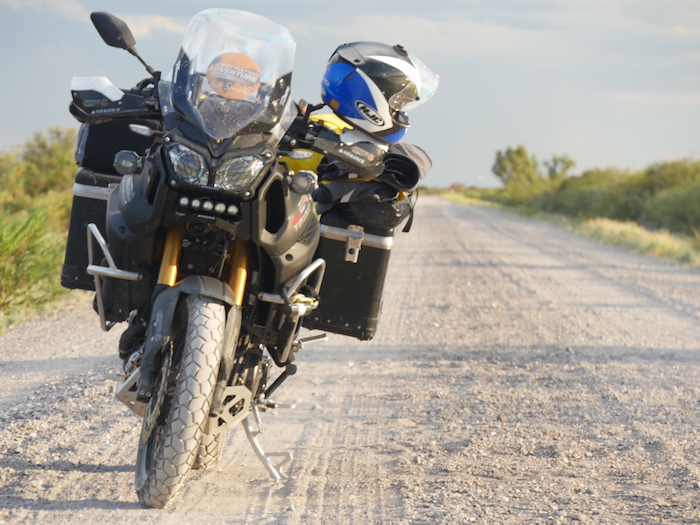 In terms of his love affair with motorcycles, Nick was a late bloomer. “When I was in school I wanted to be a professional racing cyclist, to ride the Tour de France and all of the classics.” Had he been into motorcycling? “I would have undoubtedly been a road racer, no question about it.”

It was cycling that gave Nick that nudge towards a career in long-distance motorcycling. “Cycling allowed me to cover vast distances with hardly any money. I felt in my mind that I wanted to stand out a little bit, as we all do. We’re all trying to expose ourselves to an identity which we feel comfortable with, whether that’s being a celebrity, or perhaps not. Either way, I wanted to stand out amongst the crowd and create an identity I was comfortable with.” 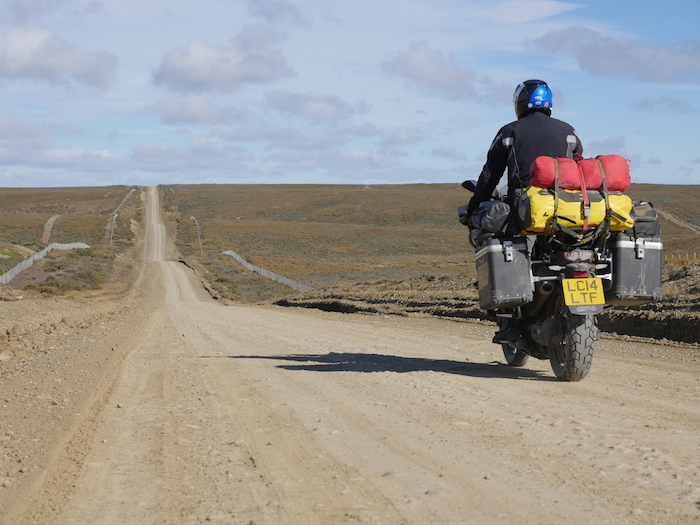 “On a trip to Cairo, I was trying to get into Sudan and I needed a new passport in order to be allowed in. The Vice-Consul said to me, ‘what do you want to be?’ So, ‘I said I’ll be an explorer’, and he wrote it down. Very pretentious, I know,” he laughs. “But that’s the way you are when you’re 23.”

As an ‘explorer’, it’d be a truism to say Nick has collected a hell of a lot of stories. Tales such as having to negotiate in Mexico to save the life of one of his support drivers, who was being held handcuffed along with their vehicle and two bikes. But, putting the rather ostentatious title aside, Nick is a firm believer that sensationalist stories like these arise out of poor adventuring. 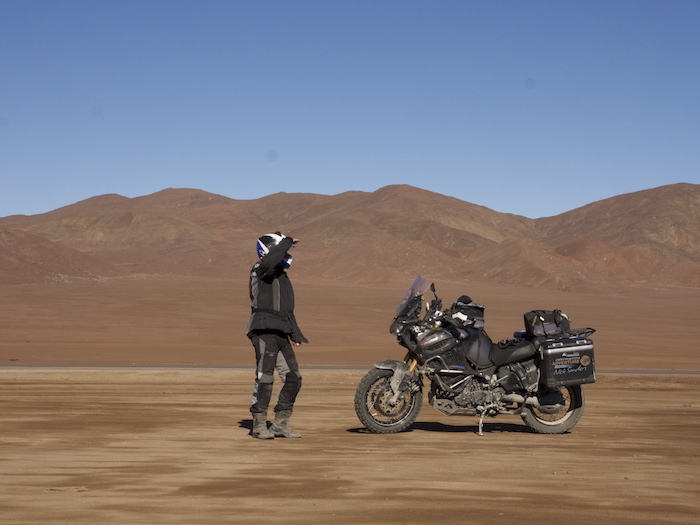 It was interesting to talk with Nick about how the adventure bike scene had changed. What does it mean to be an adventurer nowadays? “It’s completely different now, people bank into adventuring. Ranulph Fiennes said recently, ‘everything has been explored’ and in a sense, he’s right. What I did was a first. Not motorbiking around the world as a lot of people have done that, but I went faster. I put the idea that you can put sport into adventuring. You didn’t have to ride a BMW, grow a beard, speak German and travel around the world in two to five years.” 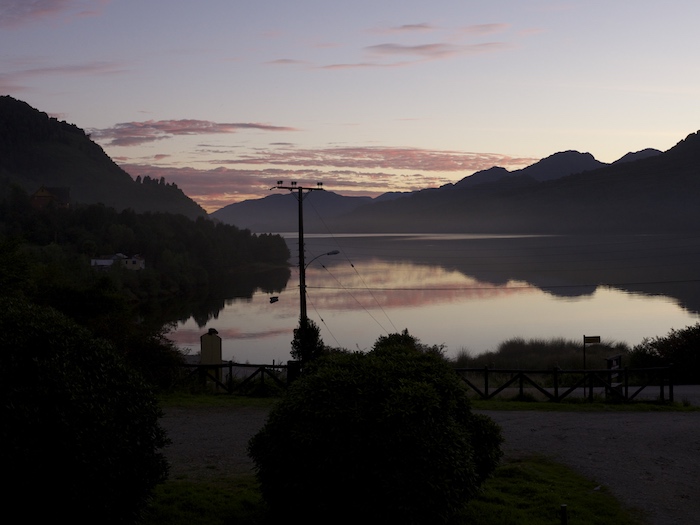 “I like the idea of being the naughty boy; the Dennis the Menace or Alf Tupper who goes and eats fish and chips and then runs a four-minute mile in the Beano. I very much relate to these classical, boy’s own myths. I was one of the lads. We’ve sort of lost that now, the days have gone where being a gal or a lad was quite important to a young person’s identity.

“The adventuring scene has become very sophisticated, Redbull have come along with their extreme adventuring and it’s altogether different. People look for short, sharp impact. It’s very much a YouTube world of data collection and free viewing and that’s what we’re up against.” 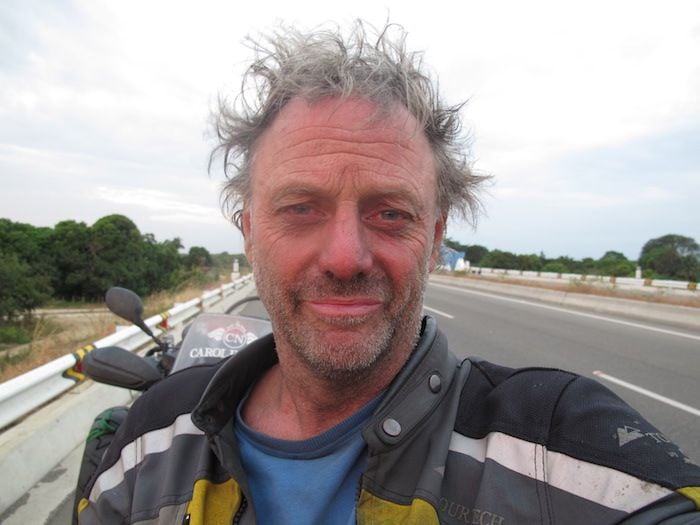 “I’ve never been interested in fame or money, that’s not (and still isn’t) my reason for doing things. If it was I’d have been a lot more famous with a lot more money. What I have done is be a storyteller, a chronicler of an epoch, and for me, that’s more valuable – that’s a sharing enterprise.” 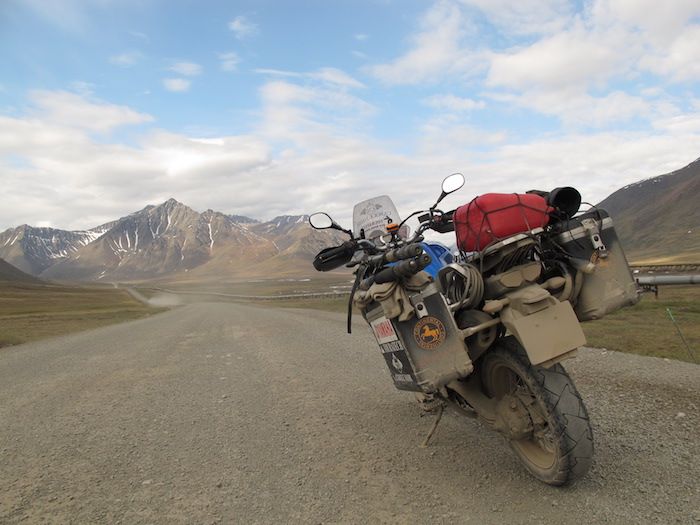 “I’m a data technician, I’m there to record everything I can”, he told me when asked if travelling at great speed sacrificed an encounter with each new place. “You know when you speed read – you read faster, but it doesn’t mean you don’t absorb it. I’m acutely aware of my surroundings so speed is irrelevant.”

People often use words like ‘mad’ or ‘crazy’ to describe Nick’s journeys. He’s portrayed as a man that has a different mentality to the rest of us, almost like he’s riding another frequency. 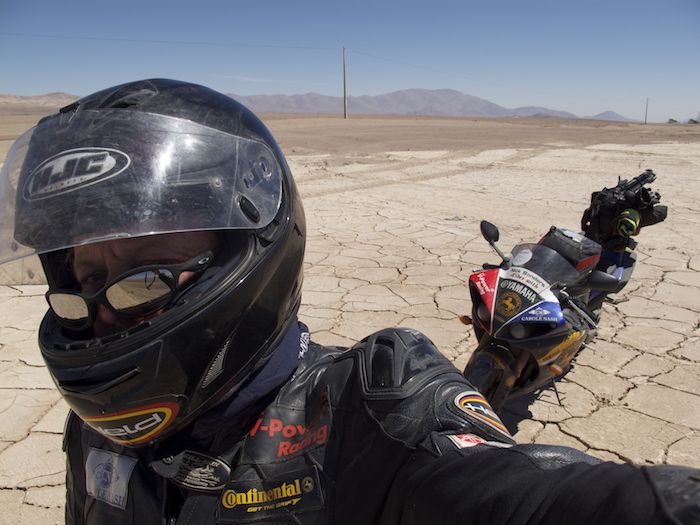 And while there’s probably some truth to that, when asked about his current tours, he explained that “people want to be taken on an adventure that enlightens them. The experience is on the verge of being spiritual. You have an itch for adventure that needs to be scratched and sometimes if it hasn’t been scratched for a while, it reforms and needs to be dealt with again.”

When you put it like that, Nick’s expeditions across the globe suddenly feel all too relatable.