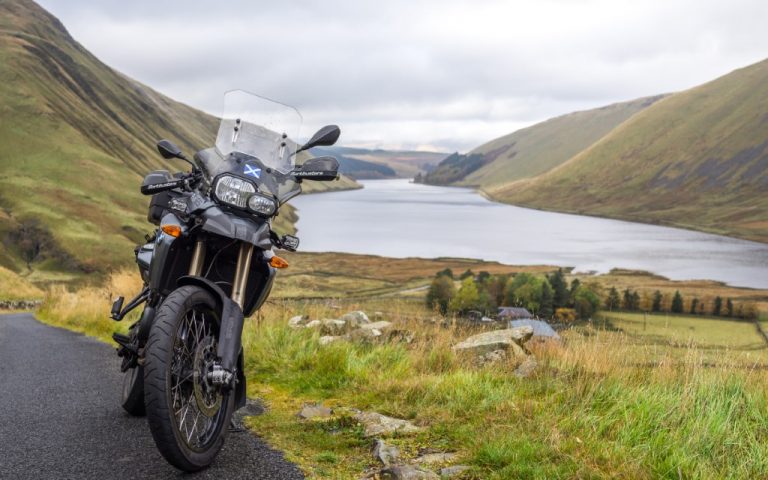 A new year heralds in the start of a new discover Britain route, and for 2017 Bryn Davies heads to Scotland to circumnavigate the country. In this issue, he’s in the Southern Uplands.

In the last issue of ABR magazine, I claimed that our Cumbria and Yorkshire Dales weekend ride would be the last instalment of our Discover Britain series. That may have been the case at the time of writing that feature, but due to overwhelming love for the routes we’ve made, I’m convinced that Discover Britain needs to stay. And so, for 2017, we’re going to continue our circumnavigation in two-day chunks, extending our tour up to Scotland.

In this issue, we hang around in the wonderful Southern Uplands, an area of Scotland that I had previously never visited, or even considered visiting. In the past, whenever I’ve decided to take a trip over the border, I’ve had a desire to venture as far north as possible, thinking that the further up I went the better the scenery would be. While there’s no doubt that the landscapes of the Highlands and Cairngorms are world-class, missing out on the Southern Uplands is almost criminal!

The staging point for our two-day assault on southern Scotland is Gretna Green. This small village is famous for being the wedding destination of choice for young lovers over the last few centuries, who wanted to bypass Lord Hardwicke’s Marriage Act, which prevented anyone under the age of 21-years-old in England and Wales from getting married without parental consent. 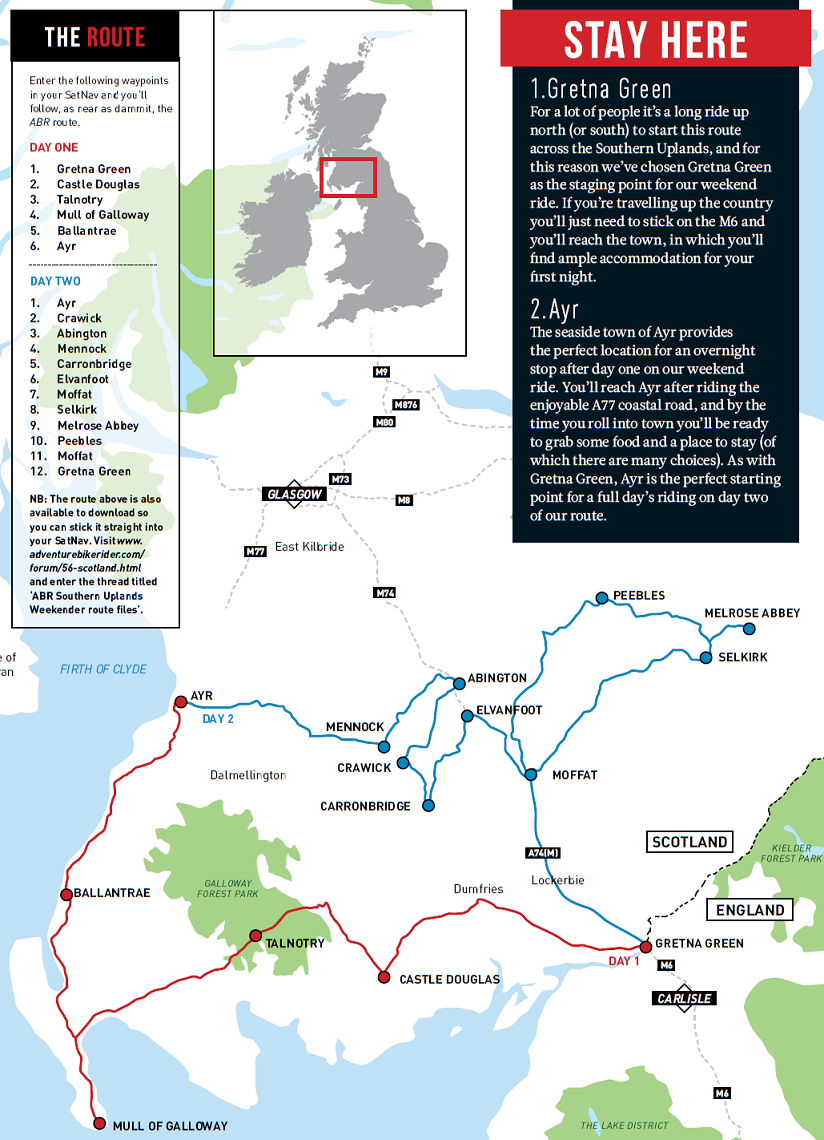 While the village served that purpose for star-crossed lovers in times gone by, for the modern-day adventure bike rider, it’s the perfect place to spend a night after gunning it up the M6 after finishing work on a Friday evening.

From Gretna Green, our two-day route will take you east, visiting the fascinating Devil’s Porridge Museum before slicing through the wild and remote Galloway Forest Park. The riding is splendid as you then bear south to Scotland’s most southerly point, the Mull of Galloway. Day one finishes with a blast up the coast to Ayr, where you’ll find plenty of accommodation and dining choices.

Day two is all about the riding as we head to Moffat, the motorcycling hub of the Southern Uplands. Before we reach the town we take in a series of three incredible passes in the Lowther Hills, riding through Scotland’s highest village as we go.

Grab a bite to eat at Moffat and prepare yourself for an epic route east to Selkirk and Melrose Abbey, where Robert the Bruce’s heart is said to have been buried. From Melrose Abbey we almost double back on ourselves to ride some more of the tantalising roads of the Moffat Hills.

Our route ends where it began, in Gretna Green. From here it’s simple enough to hop back on to the M6 where you’ll be whisked back home, ready for work in the morning having ridden some of the most beautiful and exciting roads around.

Trying to pick a best road in the Southern Uplands is like being forced to choose which of your children you like best.  They’re all good, but there are three passes in the Lowther Hills that can be linked together in a route that will have any biker turning around for a second ride.

They run west to east and are, starting with the most southerly, the Dalveen Pass, the Mannock Pass and the Crawick Pass.  The Mannock Pass takes you through Wanlockhead, an old mining village that, at 467m high, claims to be Scotland’s highest village. Each of these roads provides engaging riding through some of the most visually inspiring valleys you’ll find along our Southern Upland route.

Moffat to Selkirk and back

Moff at is known for being the centre of motorcycling in southern Scotland, and it seems that no matter which road you take out of the town you’ll have a blast riding it. Our route will guide you along two of the best in the area, the A708 and the A701.

Following the A701 from Moff at to Selkirk, for 34 miles you’re treated to a mixture of great roads and stunning scenery as you are whisked away in an easterly direction along a flat valley floor with steep mountains rising up on either side. Once you’ve reached Selkirk follow the A72 past Peebles before plunging into the fantastic riding roads of the Moff at Hills down the A701.

Just six miles from our starting point, we ride past the Devil’s Porridge Museum in Eastriggs.  The museum tells the story of HM Factory Gretna, a vast production facility that was built to make just one product, Cordite, a propellant that was used in ammunition.

The original facility, which employed over 16,000 people, was built across nine miles, and the Devil’s Porridge Museum has fascinating exhibits showcasing the history of the factory, particularly its importance during World War One. Walking around the museum makes for a fascinating start to what is to be an epic two-day ride around southern Scotland. Note, the museum is closed between 12 December and 6 January. 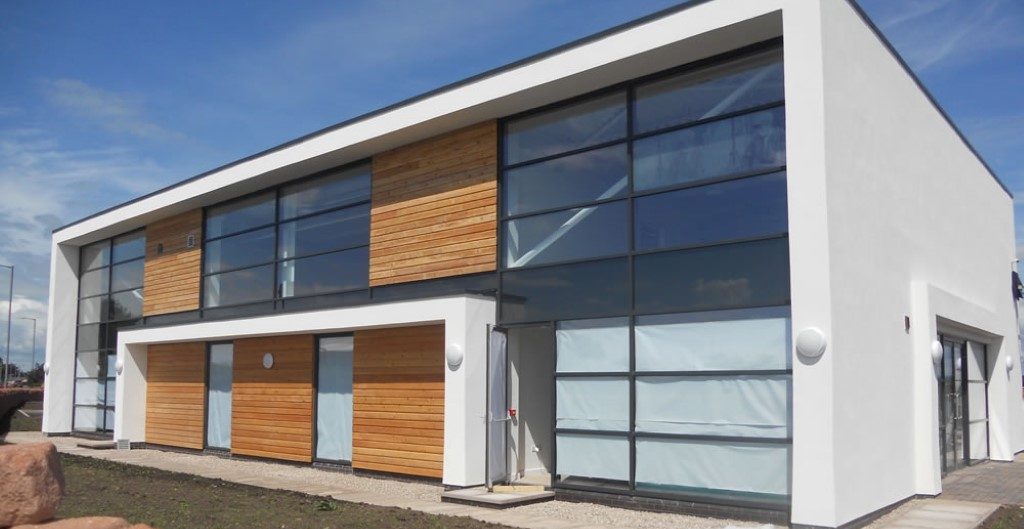 As we ride west through the Southern Uplands, we eventually reach New Galloway, a pretty village which sits on the fringes of Galloway Forest Park. From here take the Queen’s Way, marked as the A712 on maps, for an incredible ride that carves its way through Galloway Forest and past Clatteringshaws Loch.

While our suggested route will take you through Talnotry and out the other side of the park, take some time to explore the beauty of the area that’s so remote that it became the first place in the UK to be granted Dark Sky Park status in 2009. A Dark Sky Park is an area that’s kept free of artificial light pollution. 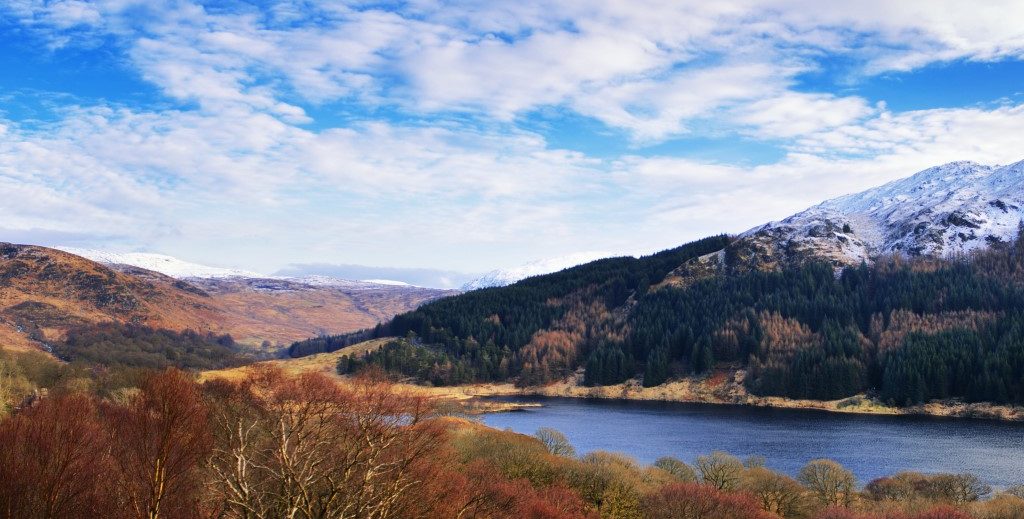 Halfway through day one, after exploring Galloway Forest Park, we take a nosedive and visit Scotland’s most southerly point, the Mull of Galloway. This remarkably unspoilt spit of land feels like it’s managed to avoid the attention of mankind’s hands, save for a few lines of roads and the beautiful lighthouse that sits on the cliff tops.

You can climb the 115 steps to the top of the lighthouse, and from here, on a clear day, you’ll be able to see England, Scotland, Ireland and the Isle of Man. A peaceful cafe which has been cut into the land can also be found here, so make the Mull of Galloway a designated coffee stop and you won’t be disappointed.

If you’ve ever watched Braveheart you’ll no doubt have heard of Robert the Bruce. Between the years of 1306 and 1329 he was King of Scots, and he led the country against the English in the First War of Scottish Independence, famously defeating the forces of Edward II at Bannockburn.

While the body of this legendary Scottish king is buried in Dunfermline Abbey, he requested that his heart was to be buried at Melrose Abbey in Roxburghshire. Our Discover Britain route passes by this very place while riding the fantastic roads around Moffat, and it’s worth stopping off at the ruins to explore and to visit the chapter house, where his heart is buried. 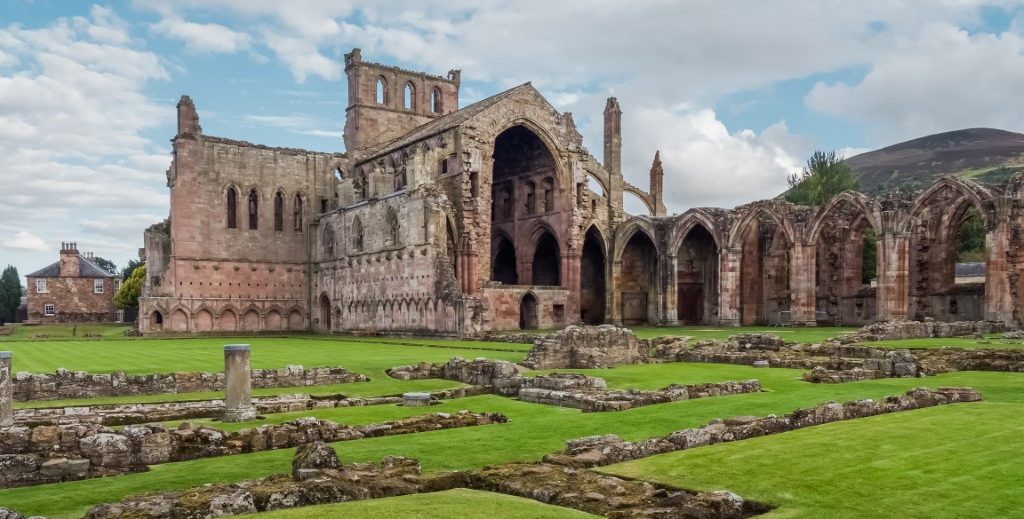