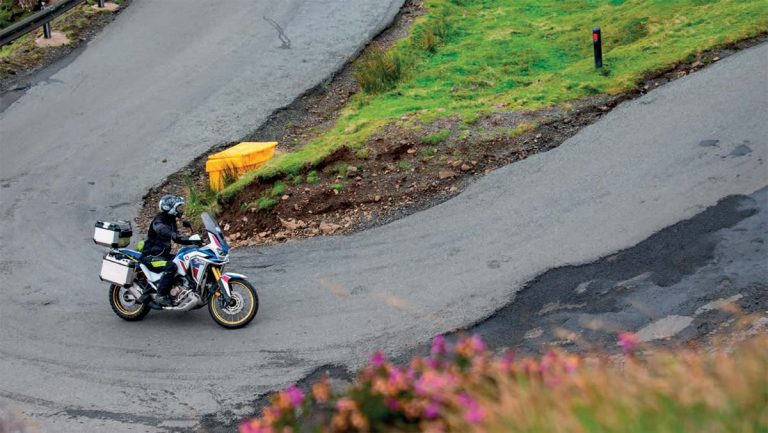 A puncture forces Ollie Rooke to spend some time apart from his beloved Africa Twin. But is it a case of out of sight, out of mind?

It’s said that absence makes the heart grow fonder. But does it really? Well, an enforced absence between myself and my long-term Honda Africa Twin Adventure Sports review bike was about to put the saying to the test.

Over the past year I’ve used it almost daily and I’ve grown intensely fond of the motorcycle. Its absence was something I certainly didn’t want. But then I found myself gazing despairingly at a deflated front tyre after a ride home one night. About halfway through my commute, I’d noticed the front felt a little squishy but, as I rolled into my driveway, it was almost unrideable.

While punctures are irritating at the best of times, I found myself doubly annoyed as the incident had exposed a flaw in the Honda that I’d previously overlooked. Despite featuring enough tech to give the Sputnik a run for its money, the Japanese manufacturer has neglected to add a tyre pressure monitoring system (TPMS) to the travel-focussed Adventure Sports.

It’s a feature many competitors include as standard and would have been a useful safety feature as I thundered down the M40, oblivious to the fact that my front tyre was losing air. In the absence of a TPMS, I found myself pining for a bike with one. Perhaps there is some truth in the saying after all.

Since that evening, the Honda has been tucked away in the garage as I’ve waited for a replacement tyre to arrive. And, during this enforced absence, I’ve found myself reflecting on some of the good and bad aspects of life with the Adventure Sports that I’ve previously not considered.

In particular, I’ve missed hunkering down behind the tall windshield and vast 25l tank on cold and wet winter rides. The sheer bulk of the Honda provides so much weather protection, a feature which comes into its own in winter. I’ve also missed its road presence.

The bright LED headlights and indicators (the top half of which is always lit) combine to create a wide triangle of lights which I’m sure makes the Honda more visible at night than a single headlight. The lean-angle activated cornering lights are another reassuring feature while riding dark country lanes late at night.

This road presence does come at a cost though. While it’s exceptionally well balanced at low speeds, I’ve not missed manhandling the fully fuelled Africa Twin around my garage, it really is a big beast. I’ve also enjoyed some time away from the bike’s side-stand, which leaves the Honda leaning so far over to the left that it could be nicknamed Karl Marx.

Not only does this mean the bike takes up a huge amount of space when parked, but it’s also troublesome to stop on anything other than flat ground. In fact, on two separate occasions I’ve had to get someone to help me push the bike upright after stopping on a steep slope. Honda’s go anywhere bike should really be able to park anywhere too.

This gripes aside, I’ve mostly found myself simply missing riding the Africa Twin. It’s not the perfect bike, and there are undoubtedly some rough edges that could and should be smoothed out in future models.

But, if I was looking to put my own money down on a bike that could take me around the world, around Europe, or even just around town, I’d opt for the Africa Twin Adventure Sports in a heartbeat. And you know what, the recent absence has made me a little surer of that answer. 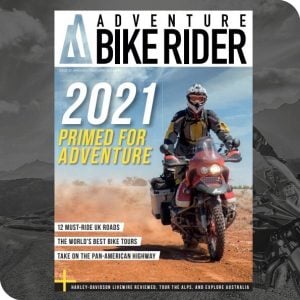