5 things we love about the Ducati Multistrada 1260 Enduro 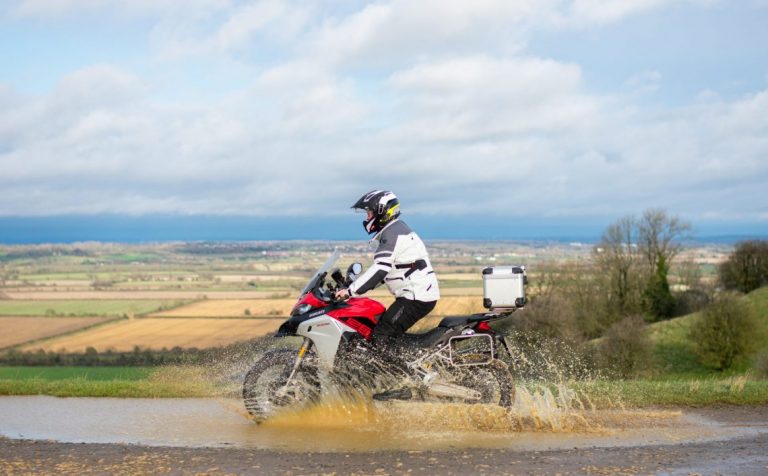 Last year we were lucky enough to have the Ducati Multistrada 1260 Enduro in the garage at ABR towers, and over that time we enjoyed riding it through everything the four British seasons could throw at us. Admittedly, my usual long termer for last year had been the BMW R 1250 GS, but while Publisher Alun and Assistant Editor James weren’t looking, the Ducati was giving me suggestive stares and begging me to take it out for a spin. Those tempting looks and the seductive growl of the exhaust will do that to you.

There’s so much that I like about riding this bike, but I thought for the purpose of this feature I’d narrow it down to the five things that make living with it just so pleasurable.

>> Read what it’s like to live with the latest and greatest adventure bikes in all 57 issues of Adventure Bike Rider magazine, available on the ABR Digital Library. And now, for a limited time, save 50% off your first year’s digital subscription using the discount code SPRING50 at check-out. Sign up here. 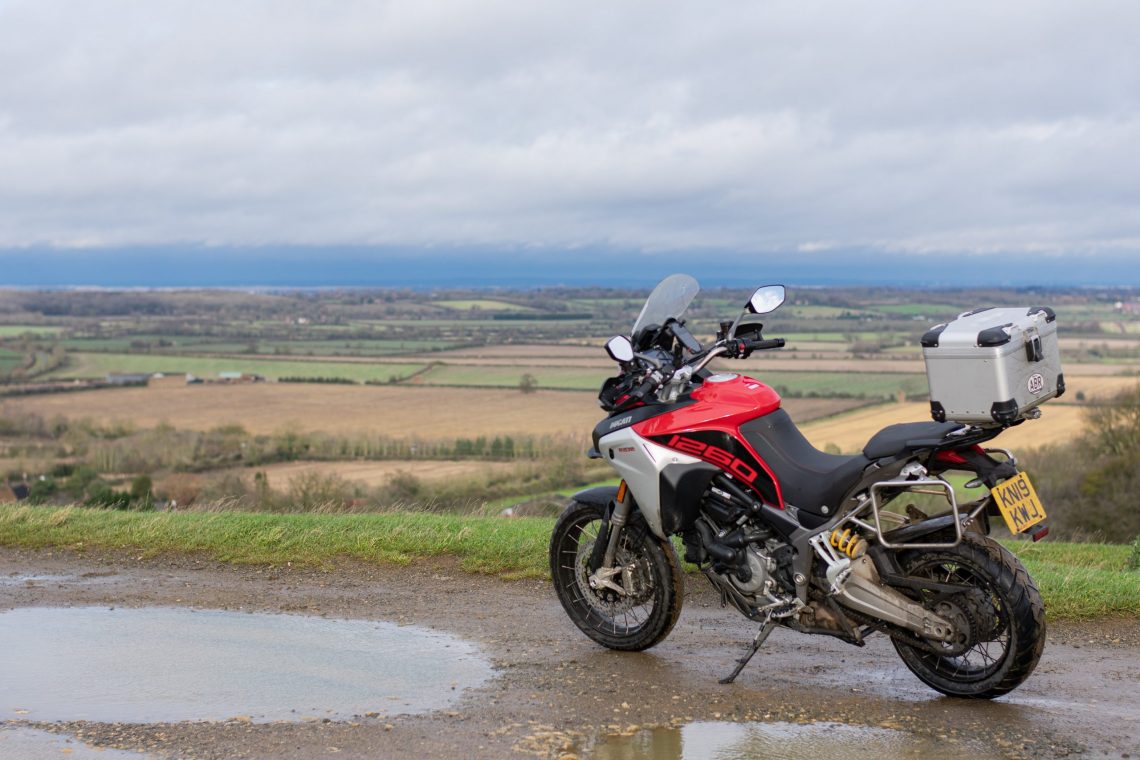 For me, all-day comfort is something that’s so important on a motorcycle and while there are a lot of factors that decide how comfortable a bike is, perhaps the biggest player is the quality of the saddle. I’ve ridden all sorts of adventure bikes over the last five years and there are few seats that come close to the Ducati Multistrada 1260 Enduro’s in terms of comfort.

Despite the bike’s off-road pretences, it’s nice and wide, offering plenty of cheek support, and it’s delightfully cushioned. It’s also, in some ways, a fine work of art with the meticulous, red stitches adding an aesthetic that I never thought a saddle could have.

While I do enjoy stopping at motorway services and gulping down a caffeine-filled coffee, having to stop every 200 miles on an adventure bike with a small tank isn’t my idea of touring efficiency. The Ducati Multistrada 1260 Enduro comes with a humongous 30-litre tank that’ll see you outlasting most bikes on the road in the stamina department.

Indeed, a group of us rode over to Ireland in May last year (I was on the BMW R 1250 GS for that trip), and Alun, who was riding the Ducati, spent a fair portion of his time sat on the petrol forecourt looking smug while he didn’t have to fill up. If you can handle the increased size and weight that the large fuel tank inevitably provides, you’ll never want to go back to anything smaller. 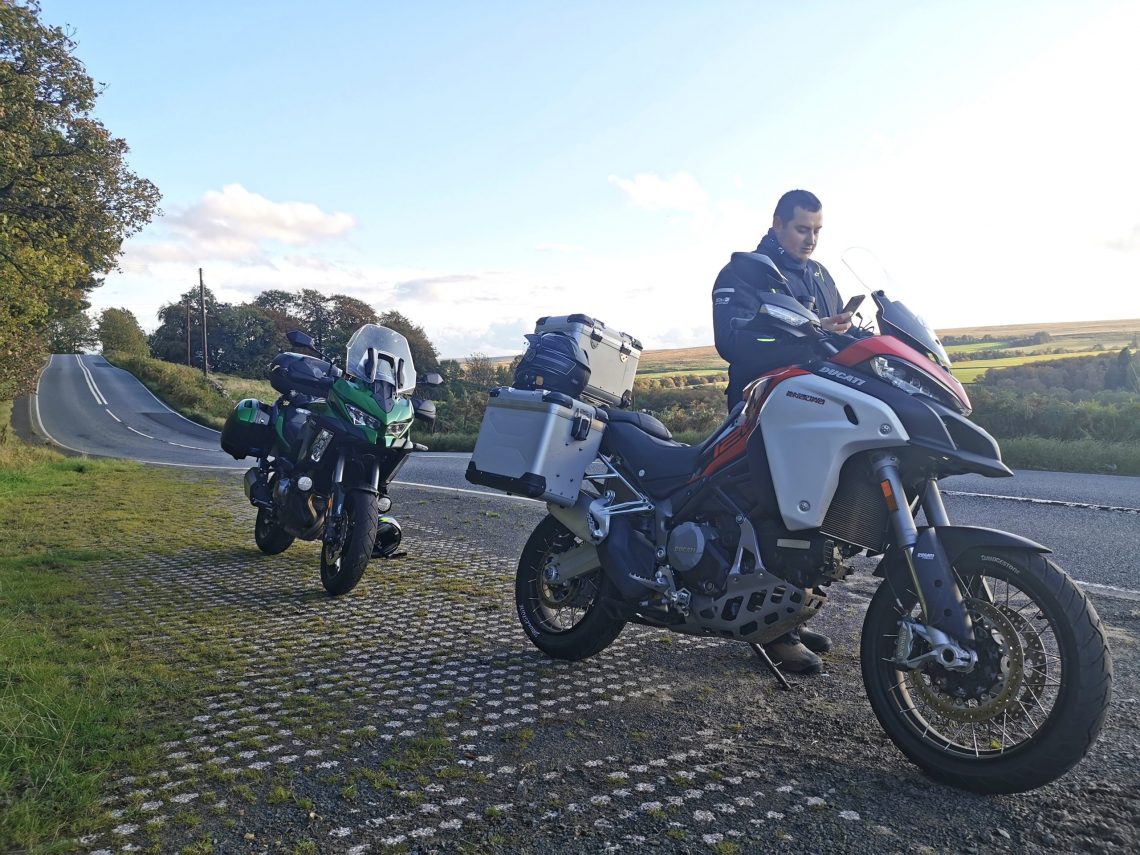 A good motorcycle isn’t just one that performs well, it’s one that taps into your emotions, makes you proud to own it, and makes you feel like Steve McQueen when you’re riding it. The Ducati Multistrada 1260 Enduro does all of that and more.

Riding through the packed streets of Stratford upon Avon, it draws more looks than any bike I’ve ridden in the past. Parking up to go to the shops I can’t help but turn on my heels multiple times to check out its sleek curves and dazzling red paint.

It’s not often that I’ll compliment a manufacturer on its official luggage, but Ducati has done a great job with its aluminium panniers. They’re easy to use, they complement the style of the bike, they’re hardwearing, and they have all of the features I look for in a good set of boxes, including a carry handle and built-in locks.

At the time of writing this, Ducati is offering complimentary Touring Kits with new Multistrada 1260 Enduro purchases, worth £1,897. This consists of aluminium panniers, a handlebar bag, and heated grips. 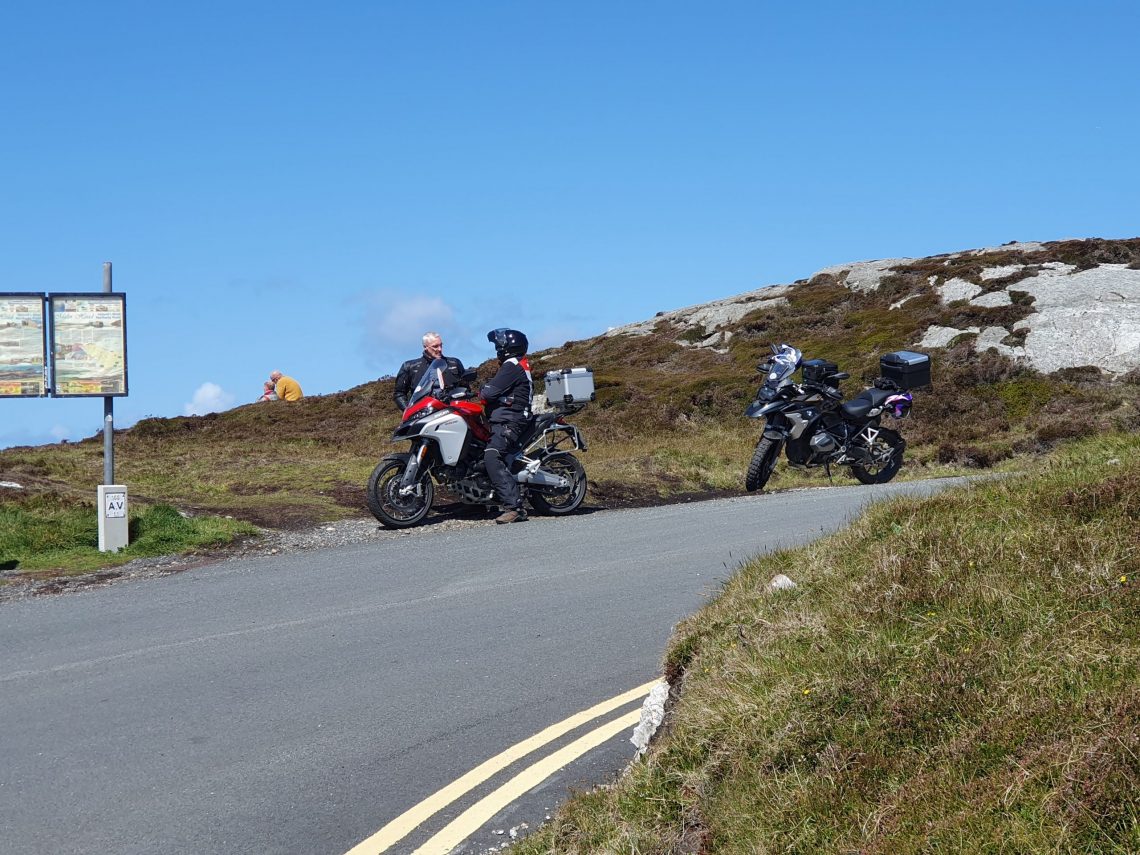 The tank bulges out and protects your legs from wind and rain, while the screen does a great job of deflecting head-on gusts. This doesn’t only benefit you from a weather protection perspective though, it also adds massively to the comfort of riding the bike and will leave you less fatigued when you finish a long day’s ride.