Ducati reveals brand-new DesertX, and it’s ready for the dunes 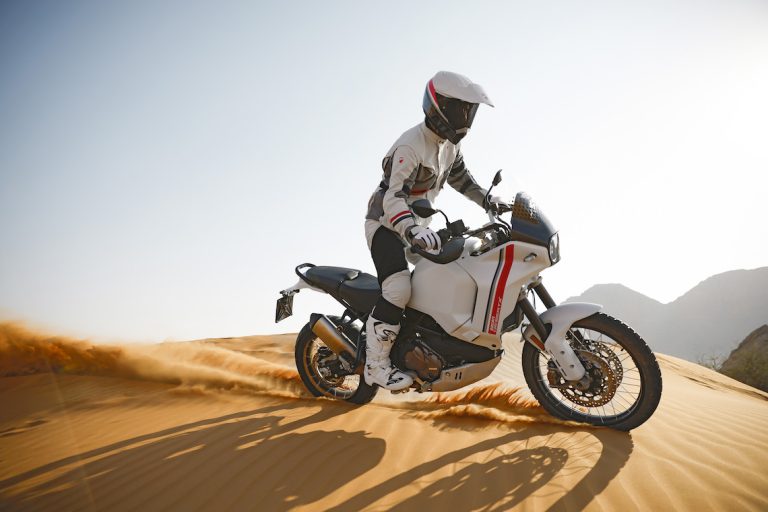 Two years on from Ducati’s first tease of a Dakar-inspired adventure bike, designed to conquer continents both on and off-road, the Italian manufacturer has today fully unveiled the brand-new DesertX and given us all a glimpse at what will be appearing in showrooms in spring 2022.

So, what’s there to know about the DesertX? Keep scrolling for a full overview but first, here are the headlines: 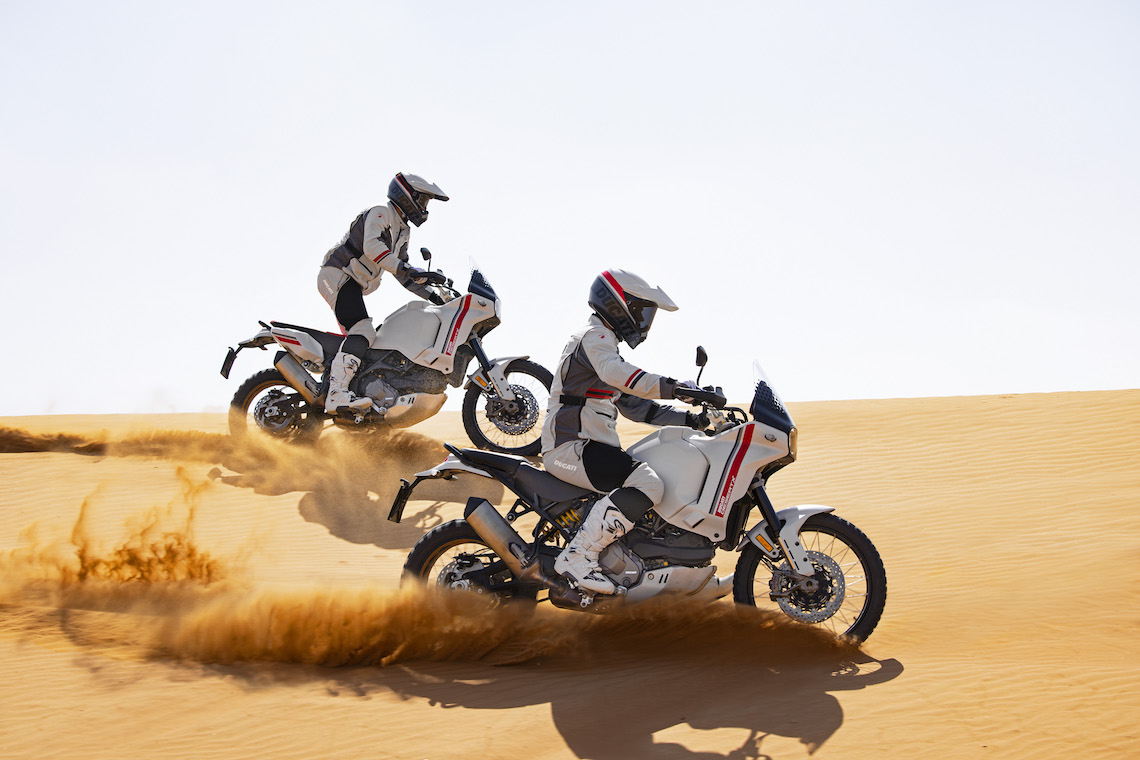 First up, let’s talk about those looks.

Ducati has gone for ’80s Dakar styling with the DesertX (following the likes of Yamaha with the Ténéré 700 and Aprilia with the Tuareg 660) and has nailed it with a retro-looking bike that looks at home in the dunes.

From the circular headlights through to the stubby screen, large tank and minimalist tail section, it looks like it’s been plucked out of a grainy piece of helicopter footage from rally races of old, and we reckon it’ll be a guaranteed head-turner when it hits UK roads.

Clearly, off-roading is what Ducati has in mind for the DesertX, and it’s equipped it for the task with a host of features designed to prepare it for life in the rough stuff.

It comes with the same 937cc water-cooled Testastretta engine that’s in the Multistrada V2, although it’s been optimised for off-road riding, with Ducati bringing power ever so slightly down to make it manageable off-road. That means it produces 110bhp and 92Nm of torque at 6,500rpm (compared to 113bhp and 98Nm in the V2).

At the front the 46mm upside down fork provides 230mm of travel, while at the rear the Kayaba monoshock provides 220mm of travel, with both adjustable for compression, rebound, and preload. The setup also gives the bike a lofty 250mm of ground clearance, and a seat height of 875mm.

Bringing everything to a stop are two 320mm discs and Brembo monobloc radial calipers with four 30mm pistons at the front , and a 265mm disc and Brembo twin-piston caliper at the rear.

The entire ensemble weighs in a 202kg dry, putting it in the same ballpark as rivals such as the KTM 890 Adventure and BMW F 850 GS. 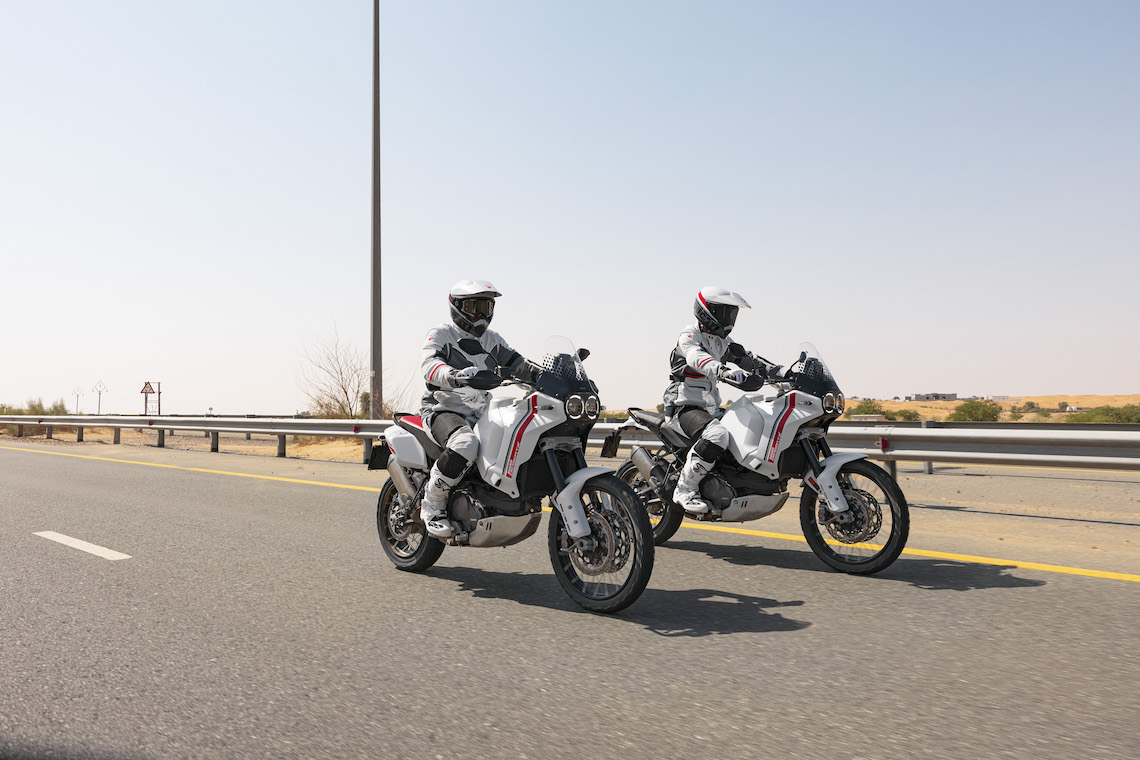 The initial prototype showed the DesertX with a 30l rally-style dual fuel tank. That’s gone on the production model, with a solitary 21l fuel tank at the front.

However, Ducati has offered the intriguing option of adding an extra 8l at the rear from the extras catalogue for some real continent-busting range, an approach that we’re a fan of.

There’s also plenty of tech, which comes as no surprise given the approach Ducati has taken with the Multistrada range in the past.

The DesertX comes with a 5″ TFT, which is designed to be easy to view while sat or stood up on the pegs, and can be switched between two display options, rally and standard. It also comes with six riding modes; Enduro, Rally, Sport, Touring, Urban, and Wet.

Each changes the character of the bike for different conditions in conjunction with the inertial measurement unit (IMU), changing the engine braking, traction control, wheelie control, the quickshifter, and cornering ABS.

When will it be available? 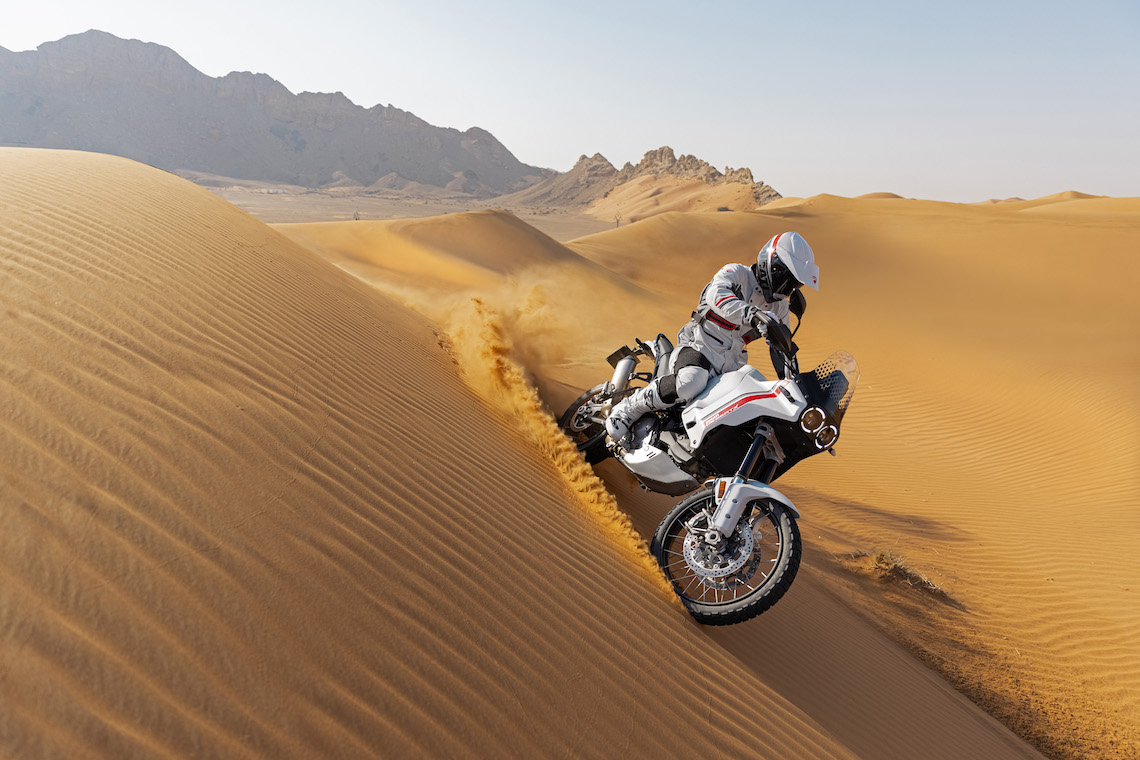 So, what do you think of the new DesertX? Are you tempted? Let us know in the comments.

Want to test ride the Ducati DesertX off-road next year? 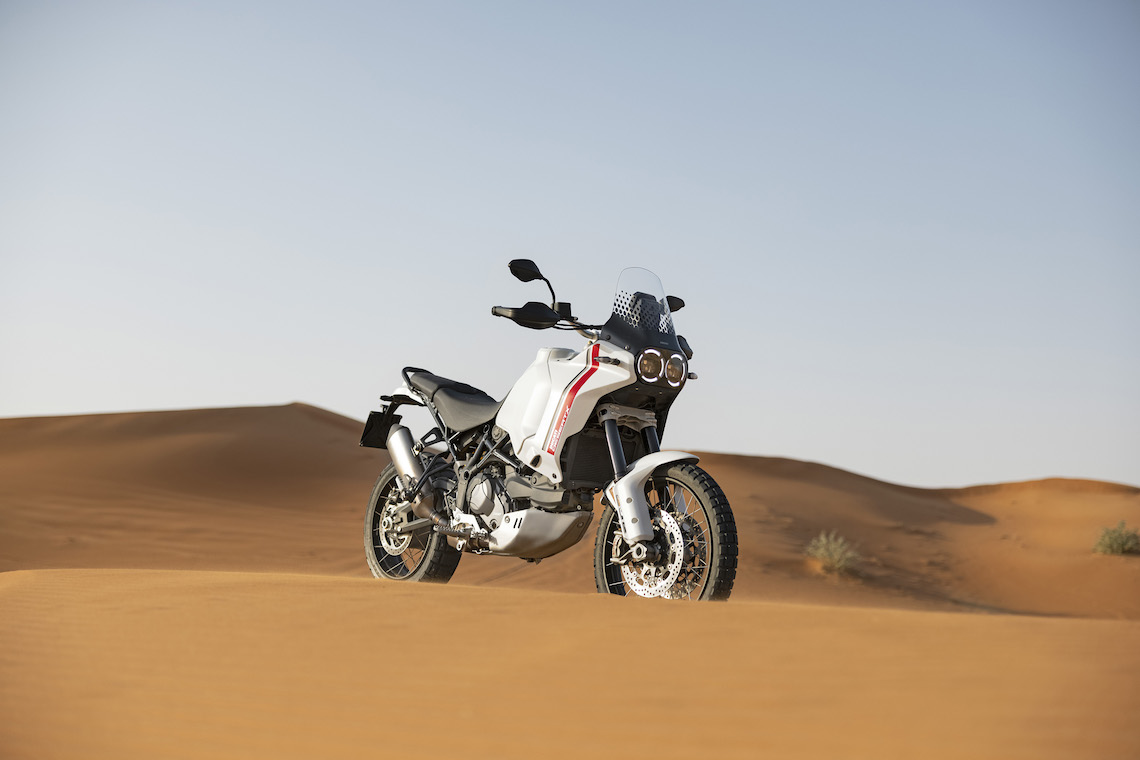 Well, here’s your chance. Ducati is bringing a fleet of DesertX bikes to the Adventure Bike Rider Festival 2022, giving you the opportunity to take one for a spin off-road throughout the weekend.

Early Bird tickets are available to buy today here, giving you a saving of £30 on weekend tickets, but they’re almost sold out. This means you’ll get festival passes for three days and two nights with camping included for just £99 (full price £129).

So, grab yours today here to bag your £30 saving and the chance to ride the brand-new DesertX around the grounds of Ragley Hall next year.