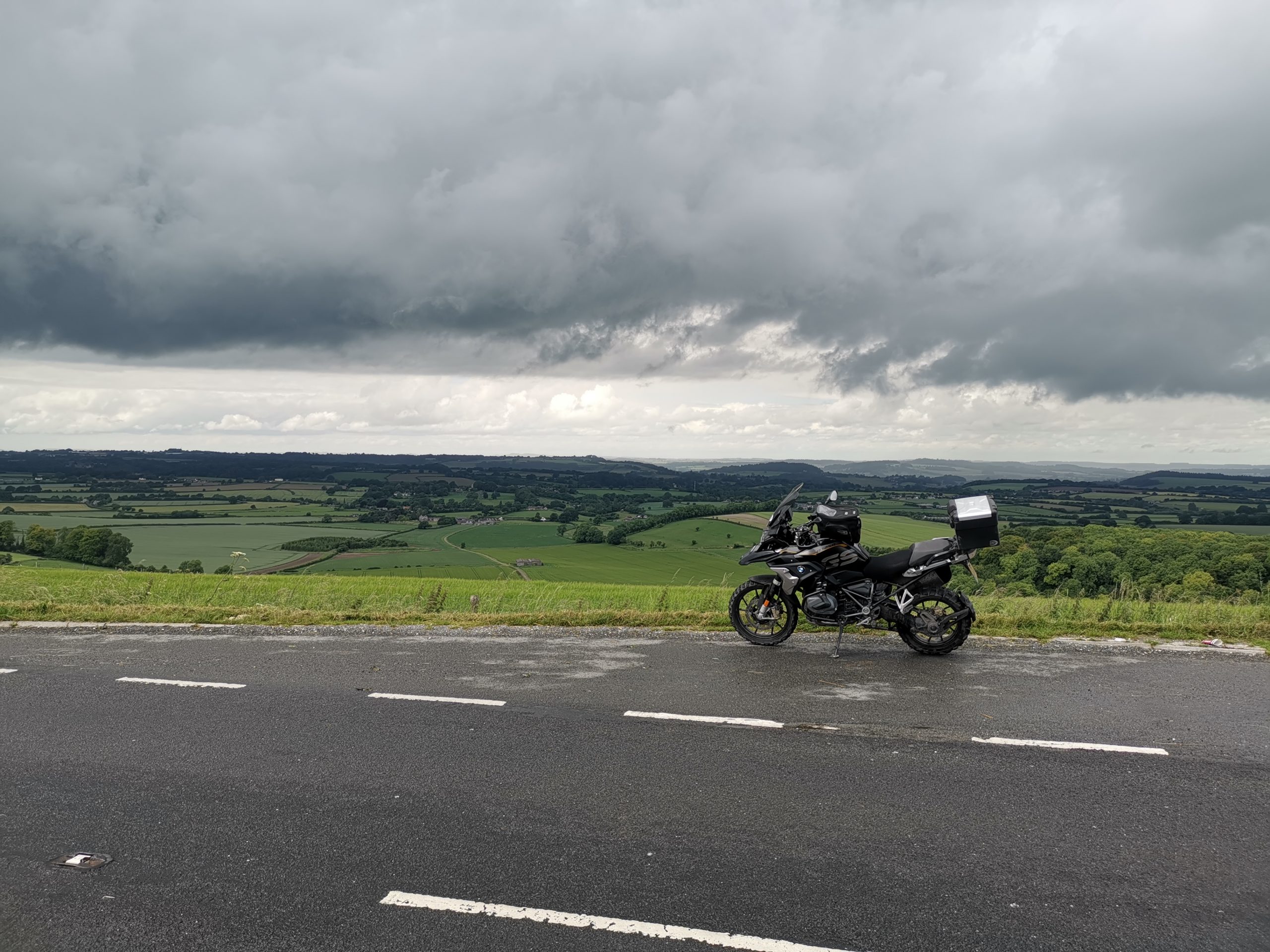 This year has been a great one for me for many reasons, and one of those is that I’ve got to spend close to 10 months on the BMW R 1250 GS.

In that time, I’ve taken it all over the UK, riding portions of the Wild Atlantic Coast in Ireland, carving lines through the West Highlands in Scotland, and bouncing over rocks on the green lanes of Wales. On each trip I’ve been glad to be on the GS. It’s the first time I’ve had the pleasure of living with one in my garage, and I can so easily see why they’re in such high demand. 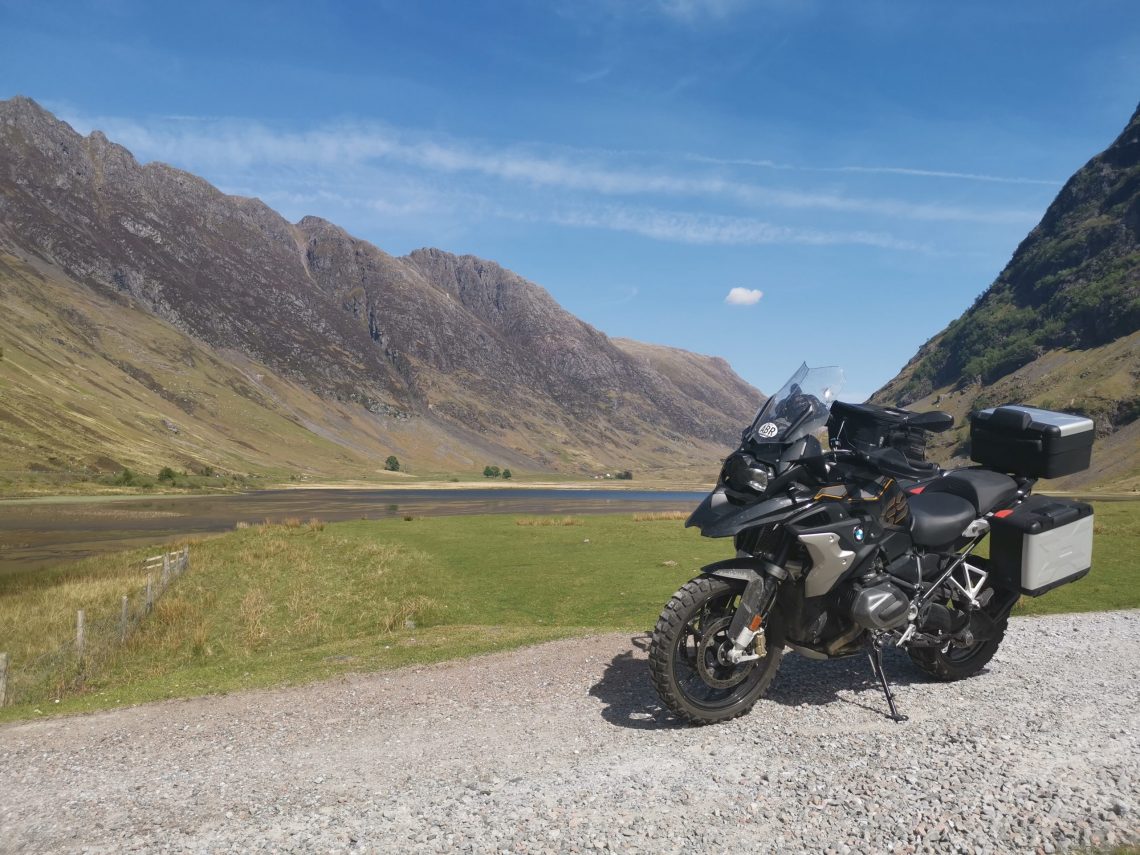 There’s no denying that the GS is an exceptional all-rounder. With GS standing near enough for off-road/road, there’s a hint in the name. If you want to spend your riding life on the blacktop, the BMW R 1250 GS will eat up smooth tarmac with poise and style, while also laughing in the face of lesser-maintained B roads.

At the same time, take it off-road and it’s a formidable machine, with its ergonomics and weight distribution allowing you to feel steady and composed when the going gets rough. Yes, it’s a heavy bike if you drop it, but as soon as you twist the throttle and get moving, that weight almost magically disappears. 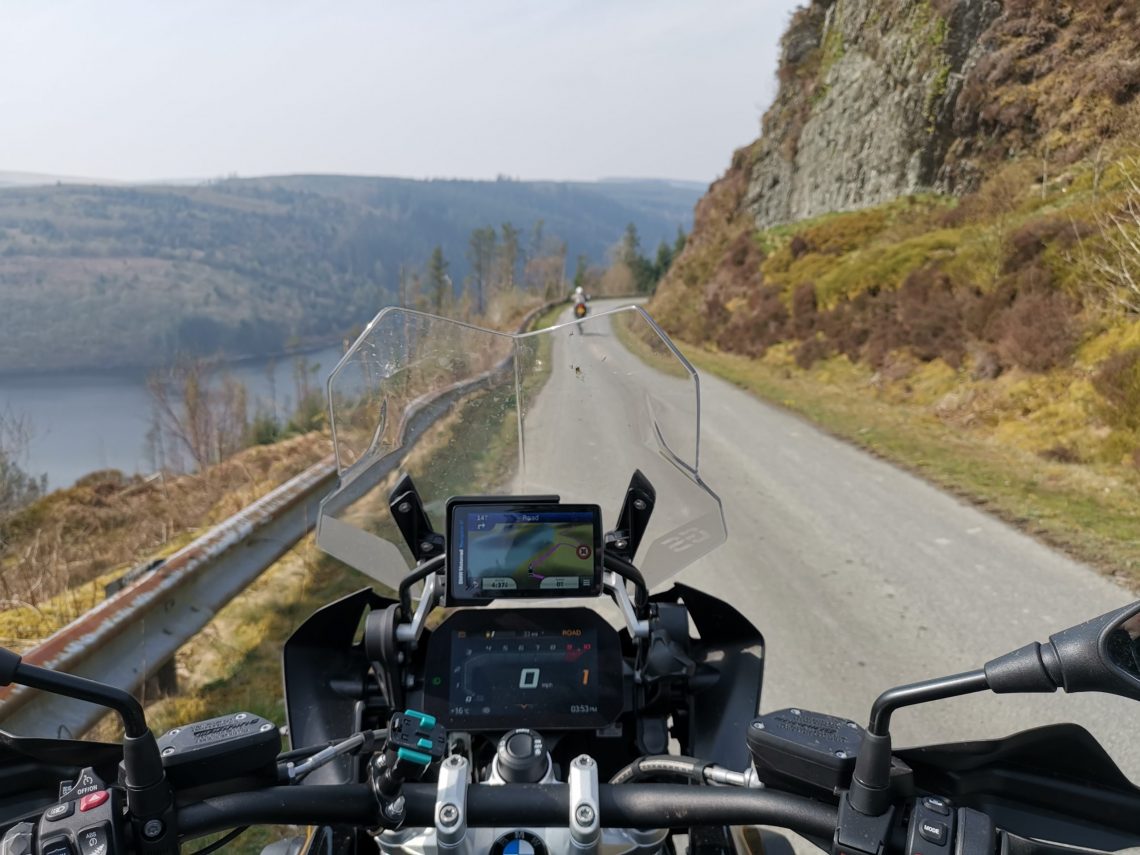 Until I rode the GS, I was of the opinion that a TFT dash was a luxury I could take or leave – it doesn’t affect the performance of the bike and as long as it shows me speed, revs and the time, I’m happy.

But then I realised that you spend more time looking at it than anything else, and a TFT screen that’s crystal clear and easy to read in daylight or at night time is a worthy addition to any bike. The TFT screen on the GS is superb and comparing it to screens of old is like comparing a 4K TV to standard definition. 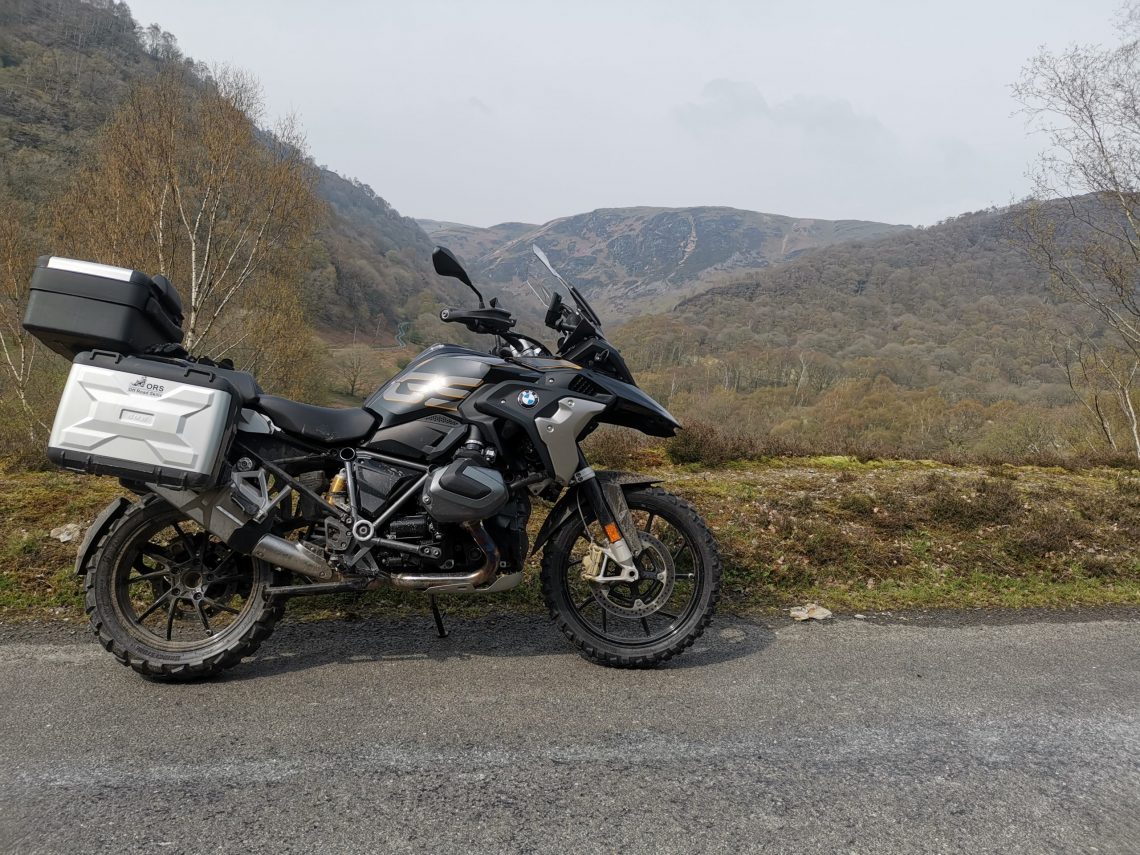 When I saw that my BMW R 1250 GS was coming with plastic Vario luggage, my spoilt little heart dropped. I wanted metal cases that the ‘real’ adventurers had! It sunk even further when I lifted them off the bike and discovered just how heavy they were without any gear in them.

But then I started using them and my mind was changed. I made use of the panniers and top box and I just love how easy they are to attach and detach, the integration of the bike key with them, and the fact that they’re expandable so I can go from streamlined to enough room for my girlfriend’s over-sized camping bag in seconds. 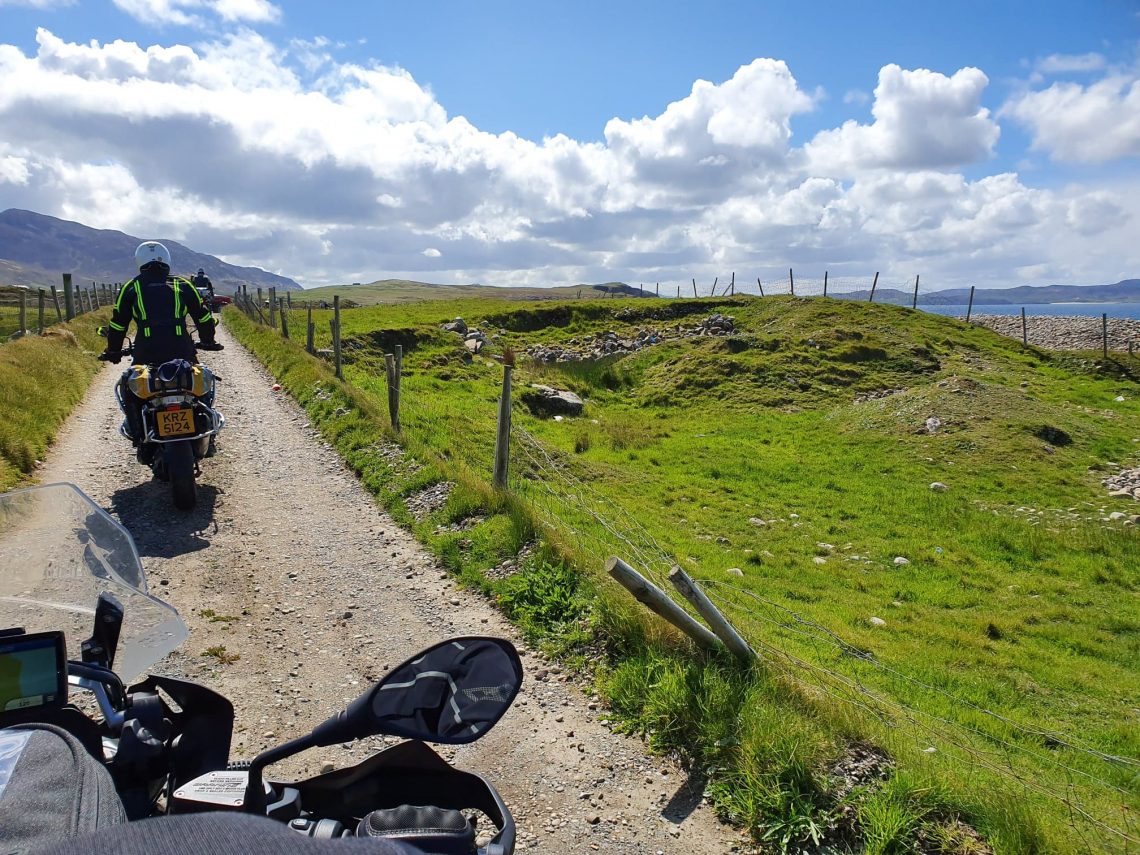 If you’ve got a partner who likes to join you on your two-wheeled trips, then you’re a lucky man (or woman). Setting off on a trip away with your nearest and dearest on the back is a great feeling, and it’s even better when you know that they’re going to be enjoying the trip in comfort.

I’ve had nothing but glowing reports from the pillion’s seat, with comfort and amount of room being the two main selling points. From a rider’s perspective, it’s also great that the bike handles the added weight of an extra person effortlessly.

The new 1250 engine with Shift Cam 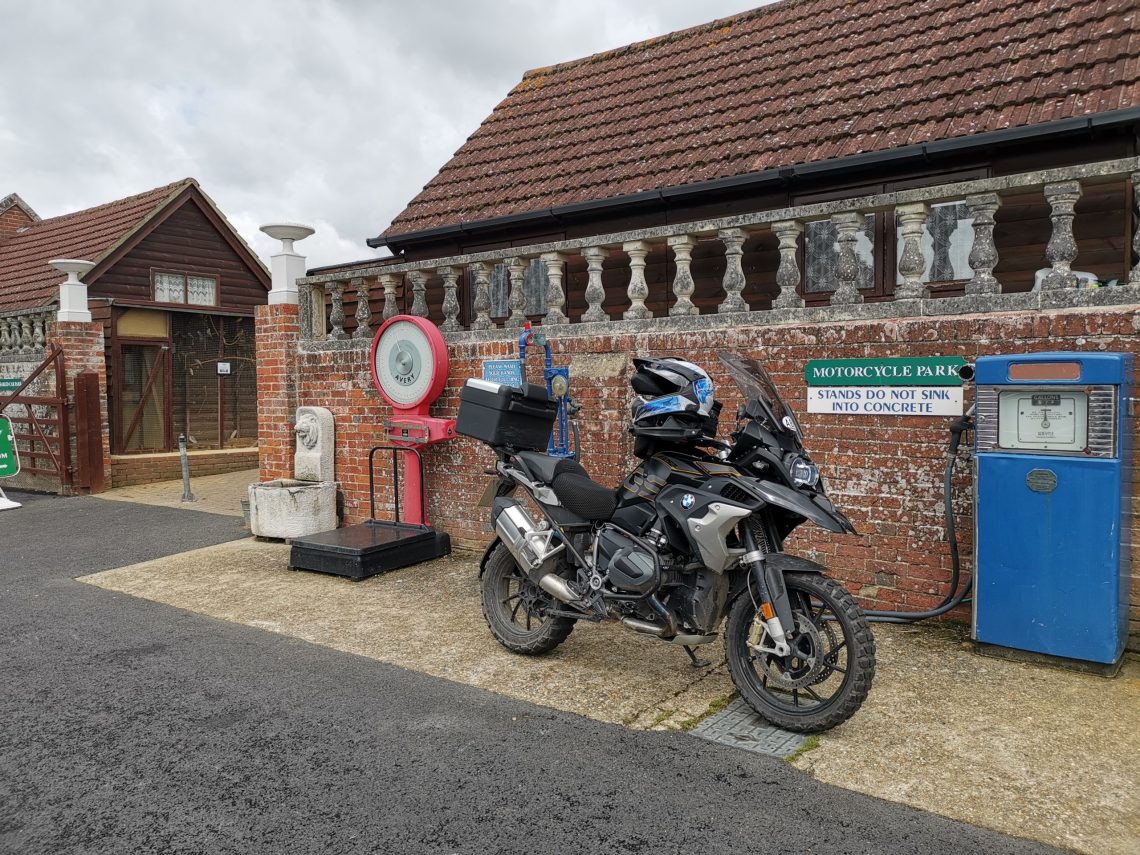 The biggest update for BMW’s 2019 GS was the inclusion of Shift Cam system and taking the engine size from 1170cc to 1254cc.

There’s a lot that can be said to explain what Shift Cam is and how it works, but to keep things brief you just need to know that it gives the bike more power, smoother, more linear power delivery, and slightly better fuel economy. Throw your leg over the saddle and the new motor feels smooth as silk right through the rev range and the power delivery is consistent at all times.

All in all, I’ve had a fantastic year on the GS. It’s been a real treat to be able to ride such a prestigious machine and it’s a bike that I would recommend to others. There’s a reason why it consistently tops sales charts…