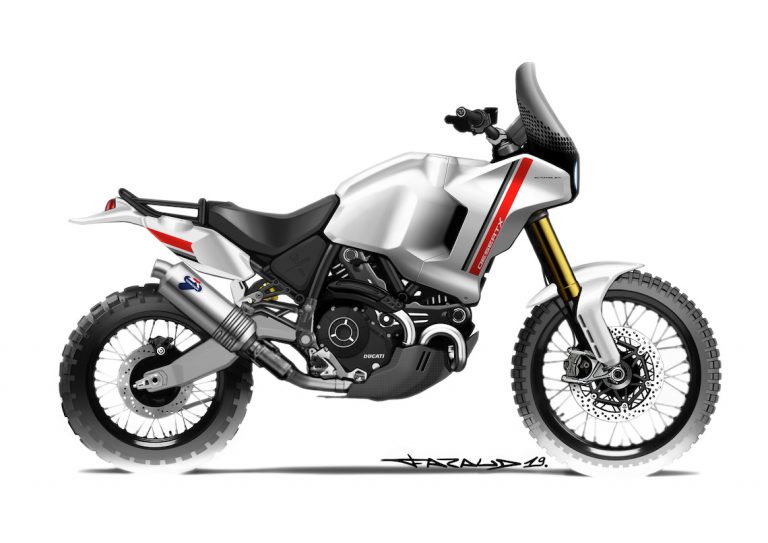 There’s been plenty to get excited about at the annual EICMA motorcycle show in Milan this week, but the bike that left our mouths watering the most has got to be the Ducati Desert X concept.

The Italian manufacturer caused a ripple of excitement when it released an artist’s impression of the bike a couple of weeks ago. It followed this up by unveiling a prototype of the Desert X at EICMA which certainly got pulses racing.

The bike’s design was inspired by the Ducati Cagiva Elefant motorcycle which took Edi Orioli to victory in the 1990 Dakar Rally. That influence is particularly apparent in the Desert X’s red and white paint scheme and round, neo-retro, dual headlights.

The Ducati Desert X is a striking machine with a muscular tank and rugged good looks, likely to appeal to plenty of riders looking for a retro-styled big scrambler to take off road.

As is often the case with concept bikes, very few details about the Desert X have been released other than the fact it is powered by the same 1,079cc, air-cooled, 86 bhp engine, with a six-speed gear box, found in the current Scrambler line-up. 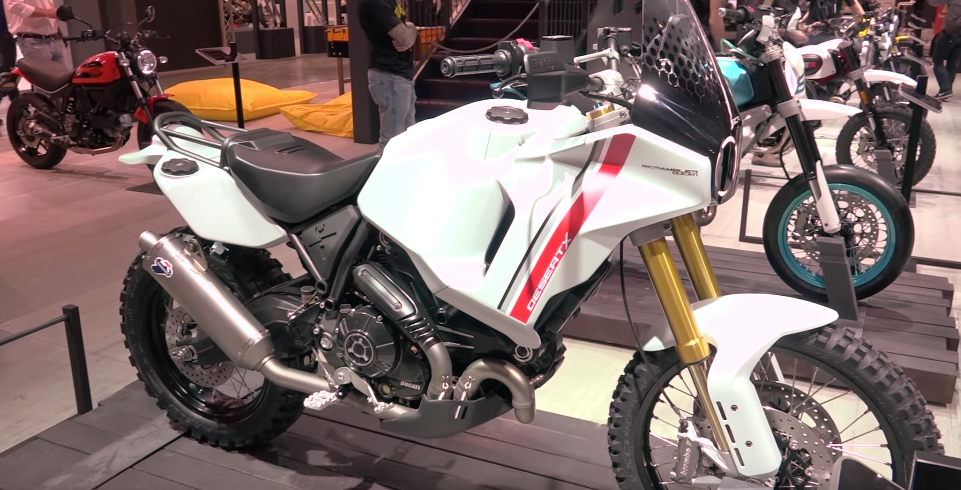 A closer look suggests Ducati’s designers genuinely wanted to create a machine that could be ridden in the dirt over long distances. The Desert X features duel fuel tanks, one at the front and one at the rear with a rumoured 30l capacity. It also has long-travel suspension, plenty of ground clearance, serrated metal footpegs, and spoked 21-inch front and 18-inch rear wheels with tubes, sporting Pirelli Scorpion Rally tyres.

There’s been no word about how much the bike weighs as yet, but we can expect a motorcycle of this size to be quite a lump, especially with those dual tanks filled to the brim. Despite this, the Desert X looks like it has the potential to be a fantastic long-distance adventurer over tough terrain. We’d love to see it put into production.