5 things you need to know about the Ducati DesertX 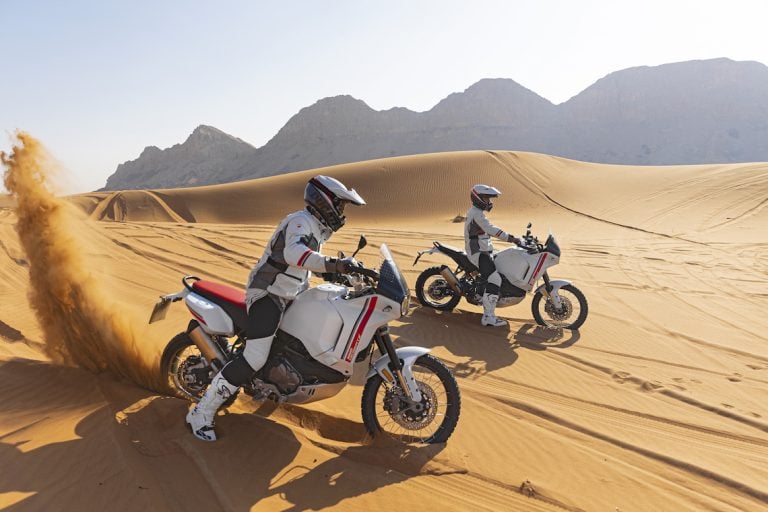 The Ducati DesertX is on its way. Two years after we were first teased with a glimpse of an initial prototype bike at the EICMA Motorcycle Show, the team from Borgo Panigale finally revealed the production spec of the bike late last year. And it looks awesome.

There’s more to the Ducati DesertX than just stunning looks though. Watch below as Ollie from ABR takes a look at five things you need to know about the new adventure bike.

Everything you need to know about the Ducati DesertX

Want to ride the DesertX for yourself?

Well, here’s your chance. Ducati is bringing a fleet of DesertX bikes to the Adventure Bike Rider Festival 2022, giving you the opportunity to take one for a spin off-road throughout the weekend.

Early Bird tickets are available to buy today here, giving you a saving of £30 on weekend tickets, but they’re almost sold out. This means you’ll get festival passes for three days and two nights with camping included for just £99 (full price £129).

To find out more about the 2022 Adventure Bike Rider Festival, head to www.abrfestival.com.