5 things we love about the Ducati Multistrada V4 S 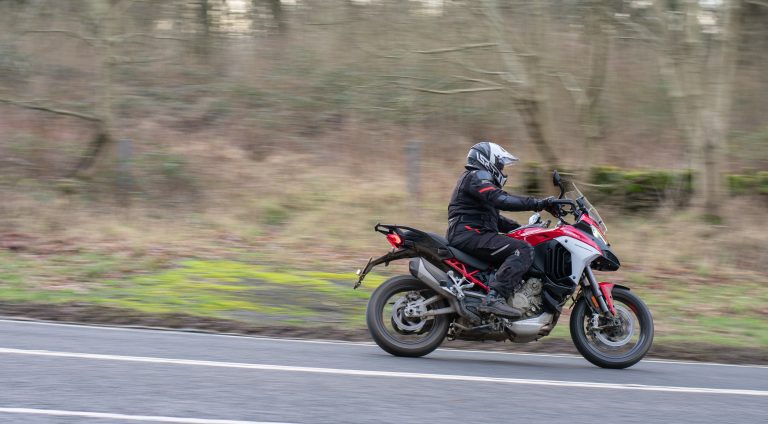 Late in 2020, following weeks of social media teases, the bike world was given its first glimpse of the Ducati Multistrada V4, the latest adventure bike to come from the headquarters of the Italian manufacturer in Bologna.

The headline news was the new four-cylinder motor, which produced a whopping 170bhp and made the new Multistrada the most powerful production adventure bike on the market. But, there was more to the V4 than just an injection of power, with Ducati almost re-designing the bike from the ground up.

We couldn’t wait for our chance to ride it, which came a few months later when the Multistrada V4 S, the specced-up and sportier model, was delivered to the ABR offices. You can read the full review in issue 62 of ABR, which is available on the ABR Digital Library HERE today.

But for now, let’s take a look at five things that impressed us about the new Multistrada V4 S. 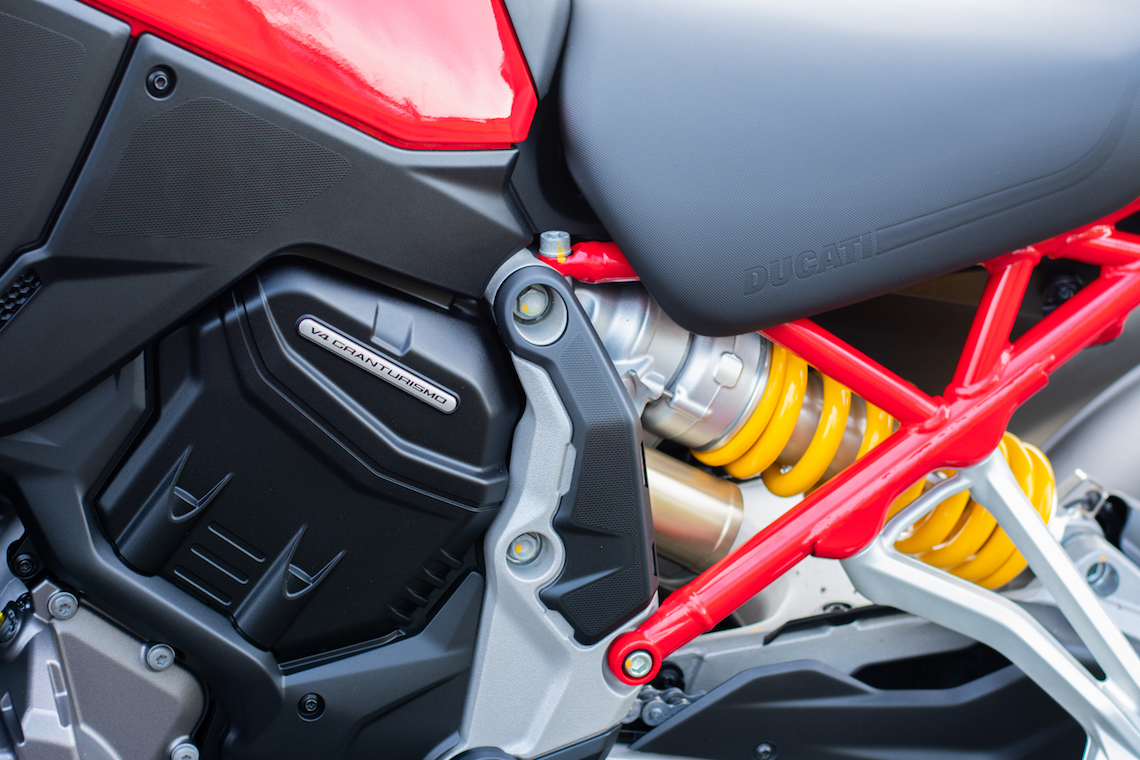 Yes, it produces an eye-watering 170bhp. And yes, those four-cylinders are silky smooth. But there’s a lot more to Ducati’s all-new Granturismo engine than those headline changes.

For starters, despite the addition of two cylinders, the new power plant is lighter (by 1.2kg) than the previous engine, while it’s also shorter and sits lower in the bike that it did in previous models. This has brought the centre of gravity down and it’s noticeably more agile and nimble at lower speeds, while also producing arm-wrenching power when you wring the throttle.

The new engine can also go nearly 10,000 miles before an oil change and an impressive 36,000 miles before needing valve adjustment. That’s one and a half times around the world or, in layman’s terms, plenty of summers of happy touring. 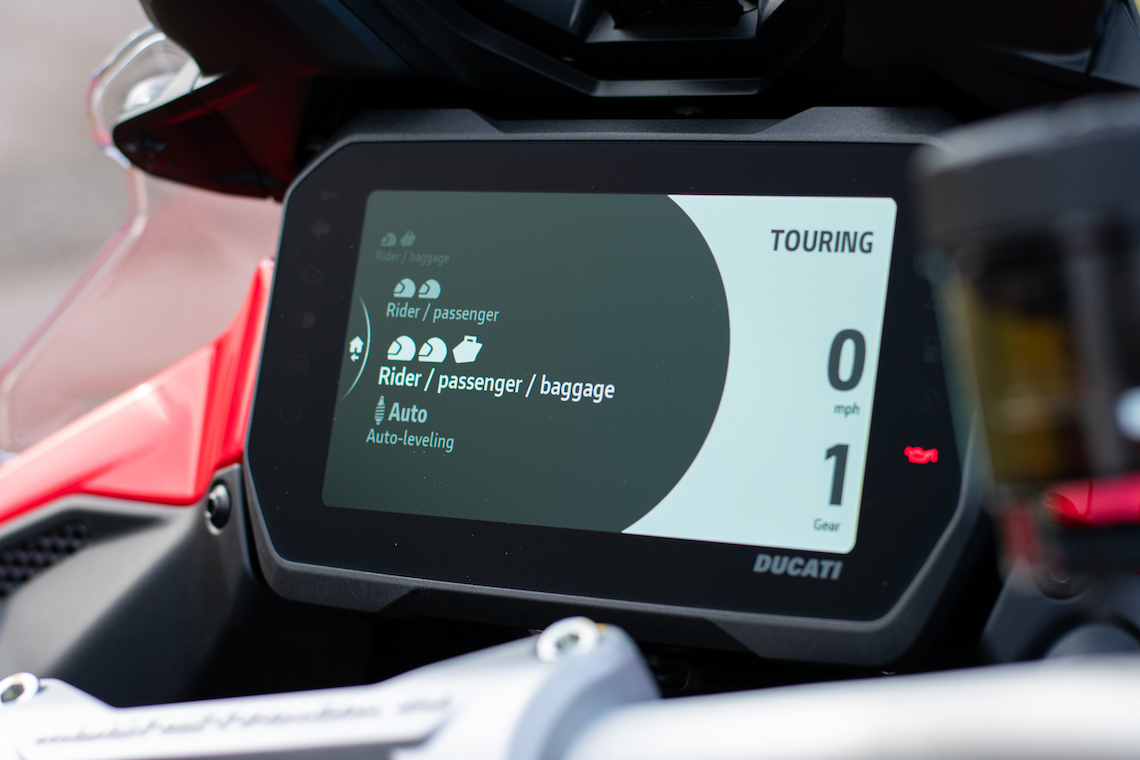 Exclusive to the V4 S and V4 S Sport models in Ducati’s new Multistrada range, the semi-active Skyhook suspension is another stand-out feature on the Italian adventure bike.

It provides a soft and comfortable ride, but when it comes to braking or accelerating, the system intelligently stiffens up the springs to ensure that comfort doesn’t come at the cost of wallowing.

Riders carrying a pillion or luggage can also adjust the bike to cope with the added weight, while there’s an auto-levelling option for those who just want to crack on and ride. 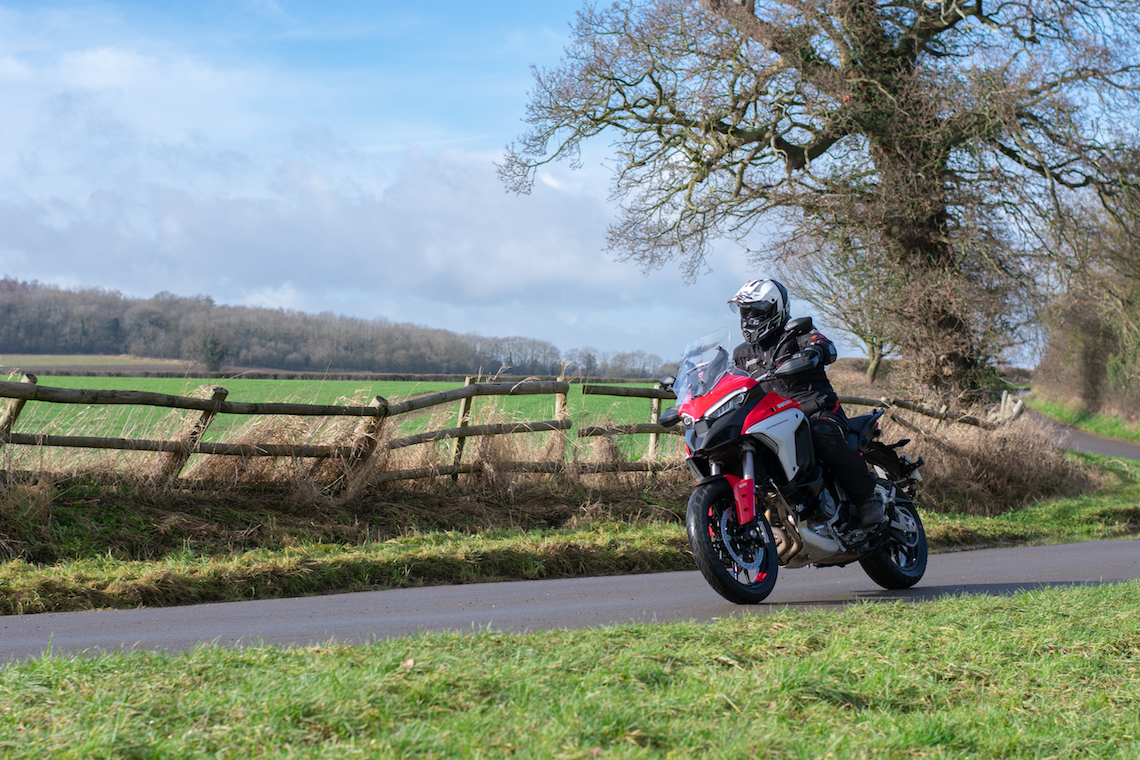 A focus on rider and pillion comfort is evident throughout the bike, from the re-designed bodywork, which was developed in a wind-tunnel to minimise buffeting in the saddle, to the adjustable windscreen that can be changed on the fly with just one hand.

There’s even a heated rider and pillion seat for those cold touring mornings in the Alps.

The seat has also been tweaked to stop you sliding forward into the tank, which was an issue we noticed on the Multistrada 1260 Grand Tour, while the pillion seat has also been made bigger and more comfortable for your passenger. 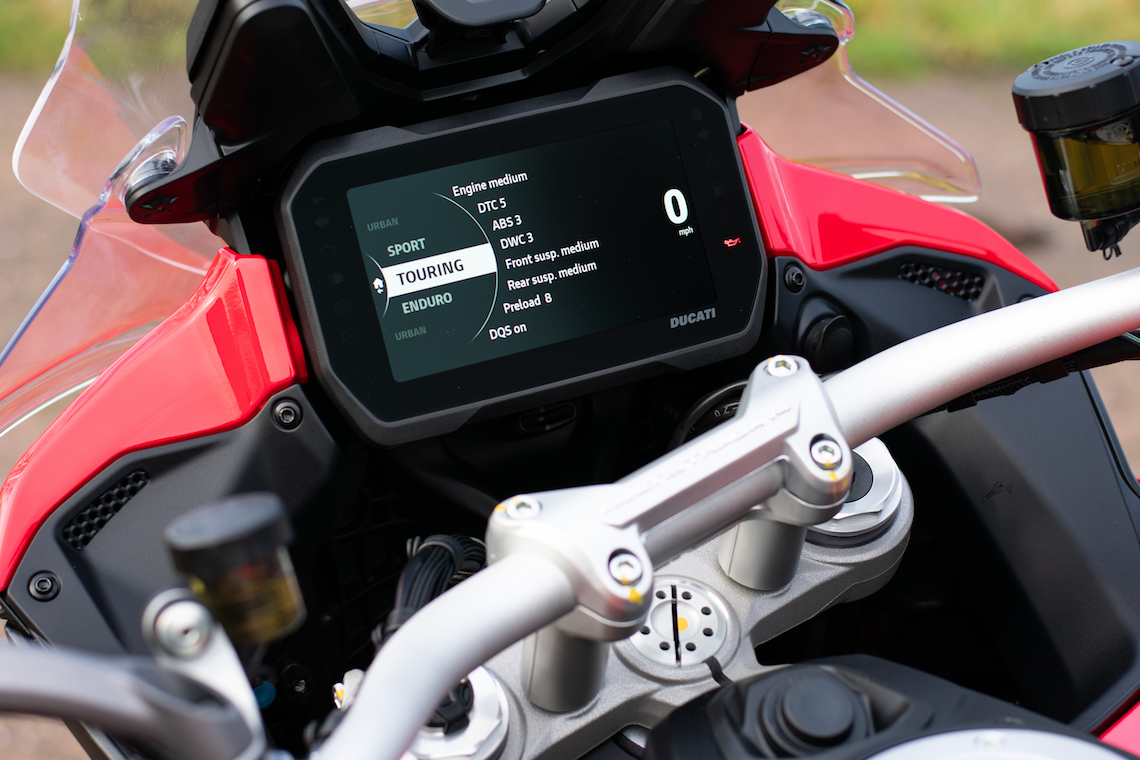 The TFT display on the previous Multistrada was good, but the redesigned 6.5 inch screen that features on the Multistrada V4 S is just a cut above.

It’s neat and uncluttered, with information clearly laid out and easy to navigate using the newly designed right hand switchgear and toggle. On top of that, the mineral glass used (the same as that used on mobile phones) reduces reflection, meaning the display is far easier to see in bright sun than the previous model.

And finally, those looks 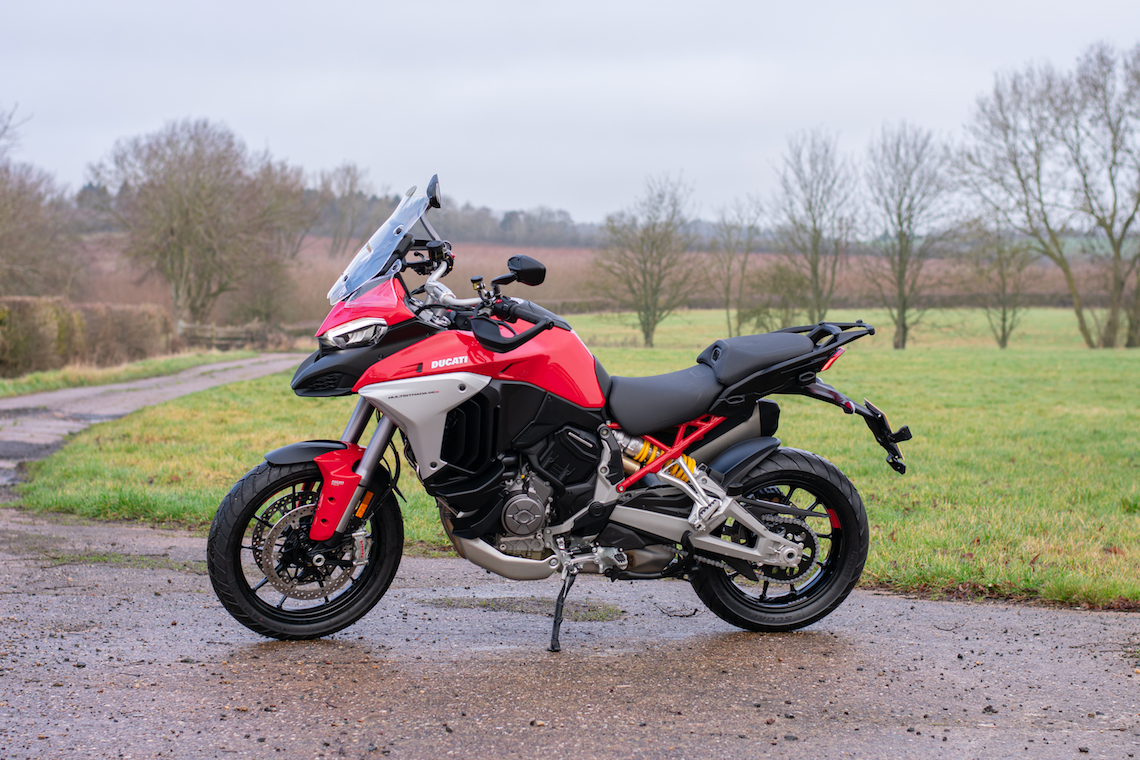 Okay, beauty is in the eye of the beholder, but there are few adventure bikes out there that have made every one of us in the ABR office swoon quite like the Multistrada V4 S, and we’ve seen most of them.

It’s simply a beautiful piece of Italian engineering and will be a guaranteed head turner on roads and lanes across the UK this summer.

Want to find out more about the Ducati Multistrada V4 S?

You can read the full review of the bike in issue 62 of ABR magazine and discover everything there is to know about Ducati’s new adventure bike, from the radar-assisted adaptive cruise control to its performance off-road.

Read that issue on the ABR Digital Library HERE today.