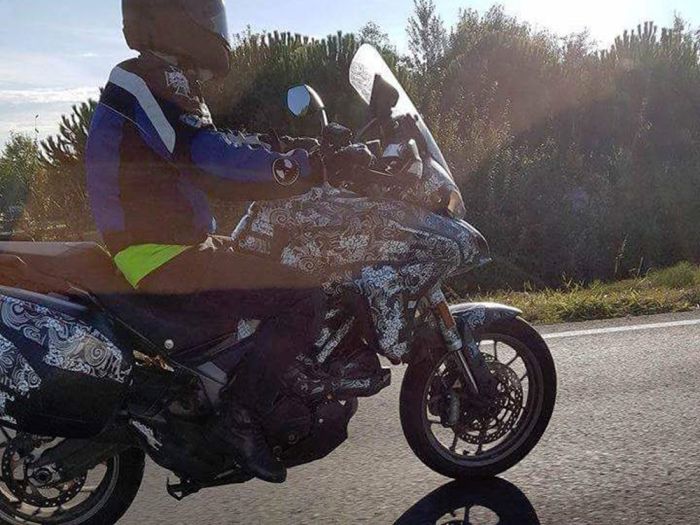 Spy shots of a new Ducati Multistrada have emerged from Italy, suggesting a smaller capacity version of the sports tourer may be on its way soon.

The photo was captured by a reader of Moto.it and subsequently appeared in an article on the Italian publication’s website.

Unfortunately, due to the quality of the photo and the camouflage found on most test motorcycles, it’s hard to derive much information from the spy shot.

The bike is rumoured to be built around the 937cc liquid-cooled engine found in the Hyperstrada 939 and also appears to feature the same frame as the Multistrada 1200, plus a double-sided swingarm. The image seems to show it’s set up for touring, too.

Presumably, the new model is part of Ducati’s effort to further consolidate its position in the adventure sector, following the launch of Multistrada Enduro earlier this year.

There’s no official word on the mini Multistrada as of yet, but with EICMA on the horizon, there’s every chance that we could be seeing it break cover at the Milan show. As ever, we’ll keep you in the loop when we know more.

What do you think of the idea of a smaller Ducati Multistrada? Is it something you’d consider investing in? Let us know on Facebook, Twitter or in the comments below.