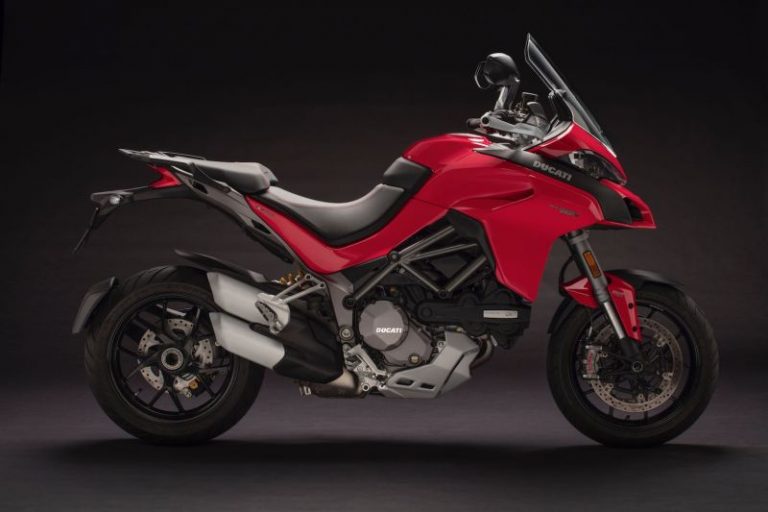 Ducati is set to unveil the new Multistrada 1260 adventure bike for 2018 at the EICMA motorcycle show in Milan this week. The new bike has undergone some extensive changes, including a new engine, chassis, updated electronics and a slick revamp to the bodywork.

Since Ducati first launched the Multistrada in 2010, the bike has continued to prove a popular choice among adventure motorcyclists. The bike excels at on road touring due to its sublime handling, and is an excellent machine for globetrotting and tearing up the alpine twisties.

The bike is set with a Euro4 unit which will offer riders a low-to-mid range of torque. The new Multistrada will also pump out 158hp, reaching a peak of 9,500rpm. The bike will benefit from a new Ride-by-Wire system which will ensure the bike’s power is delivered smoothly, while Ducati’s Quick Shift Up & Down feature (standard on the S and D|Air models and optional on the base models) will make for easy clutchless shifting. 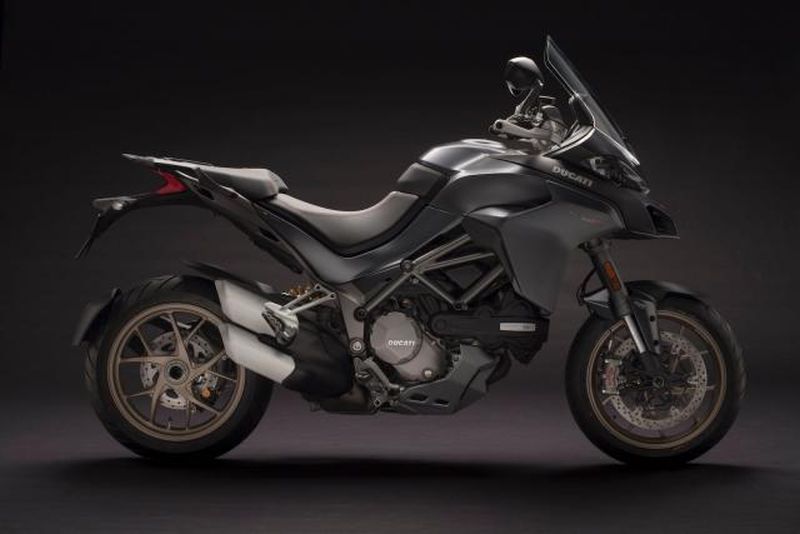 The standard 2018 Multistrada base models will come equipped with Ducati’s state-of-the-art technologies such as an LCD dashboard set with improved information features (the S and D|Air models will feature a new five inch TFT dashboard as standard) and four changeable rider modes; Sport, Touring, Urban and Enduro.

The entire Multistrada range will benefit from cruise control as standard, and the S models will feature riding aids such as wheelie control and traction control (which can be adjusted to eight levels and disabled), cornering ABS, and cornering lights. The S models will also be set with Bluetooth connectivity which will enable riders to connect their smartphone to the bike’s display and control phone calls, texts and music.

The bike’s handling looks set to be improved with a 55mm longer wheelbase than its forefather, a frontal trellis chassis frame, and a die-cast single sided swingarm which now has an additional 48mm of length and an increased steering angle from 24 to 25 degrees.

The new Multistrada range benefits from light alloy five Y-spoke wheels which are 340g lighter than its predecessor, and will be sporting sexy Pirelli Scorpion Trail II tyres. The bike’s bodywork has also been revamped with new side fairing panels and incorporated luggage mounts to the rear frame, giving the bike a more polished and slick look. 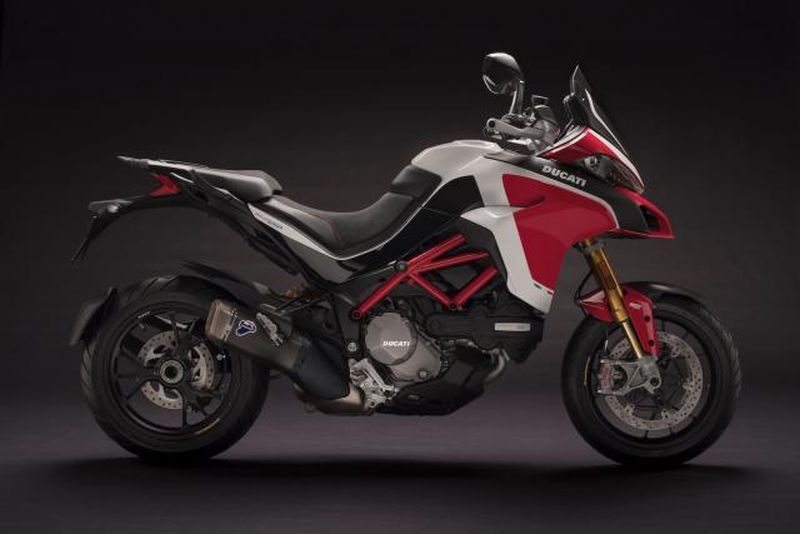 The standard Multistrada base models will be available in Ducati Red with a grey frame and black wheels, whereas, the S and D|Air models will be available in Iceberg White and Volcano Grey, with both featuring a grey frame and gold wheels. The Pikes Peak edition will feature a race inspired red colour scheme which was inspired by the iconic ‘race to the clouds’ hill climb in the US.

Triumph and BMW will also be revealing new models for 2018 at this week’s EIMCA show in Milan, with the exciting launch of the new Tigers and the F850GS coming our way. We wait in anticipation and hope for KTM and Yamaha to reveal new models for 2018, we will keep you updated when we know more.

So, who’s excited for the launch of the new Ducati Multistrada 1260 for 2018? We’d love to know your thoughts, let us know in the comments section below.