Watch: Multistrada Enduro is put to the test in new Ducati video 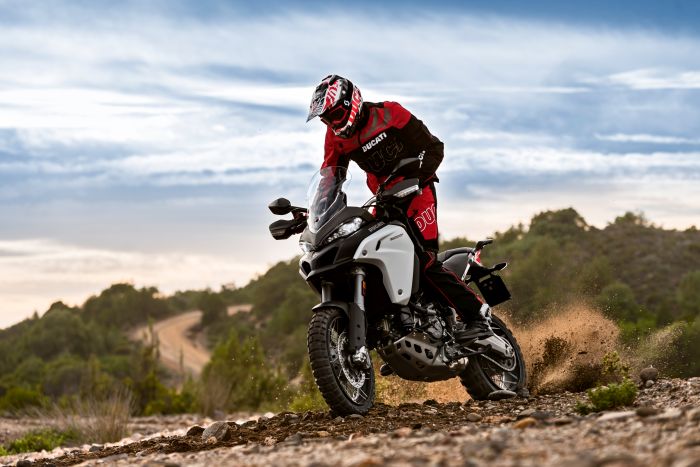 Ducati has released a second video in their series based on the new Ducati Multistrada 1200 Enduro which looks at the machines off-road capabilities in more depth.

The video series is called ‘The Wild Side of Ducati’ and the latest instalment was shot during the development tests carried out in Italy and Spain. As well as showing the bike deal with the stresses and strains of off-road riding, the video also delves into the riding position and riding modes.

This is all explained and explored by people with first-hand experience of riding the Multistrada 1200 Enduro, and while you may expect a test rider to say positive things about the bike, there’s no getting around the fact that it looks able (in professional hands at least) to handle the rough stuff. Plus, it looks good while doing so…

Watch the video below and then let us know what you think on Facebook, Twitter or in the comments below.