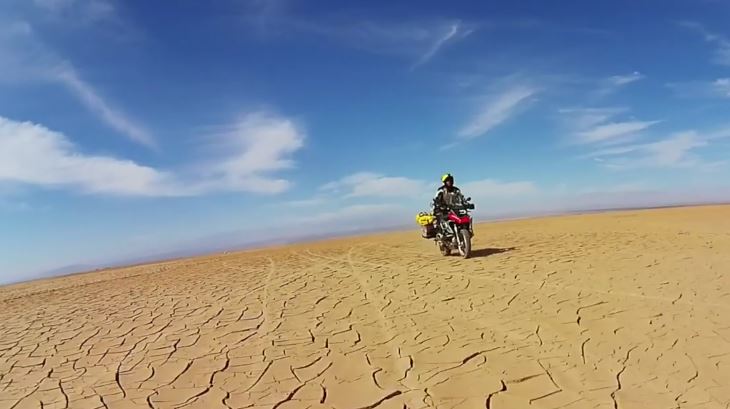 Ancient ruins, rich green jungle and incredible open plains… South America is certainly an enchanting continent and many of you would probably agree.

Well, alongside it’s natural and man-made attractions it just so happens to be a brilliant place for motorcycle touring. And if the growing number of motorcycle adventurers crossing the continent wasn’t enough to persuade you, this video probably will.

The video was filmed and created by motorcyclist Miquel Silvestre and, despite having a questionable soundtrack, offers a great insight into the joys of riding in South America. With over a quarter of a million views and more than 2,300 thumbs up it seems as though plenty of other people agree.

Over the course of the video Silvestre travels through a variety of landscapes and visits some of the continent’s biggest draws including the Salar de Uyuni (Bolivian salt flats) and Machu Picchu. Along the way he also samples local delacacies such as guinea pigs and watches on nervously as his BMW gets manhandled onto various forms of boats.

Ignore the slightly annoying music and you’ll be able to enjoy a video offering an insight into what it’s like to tour South America. Who knows, maybe it will be you next time?