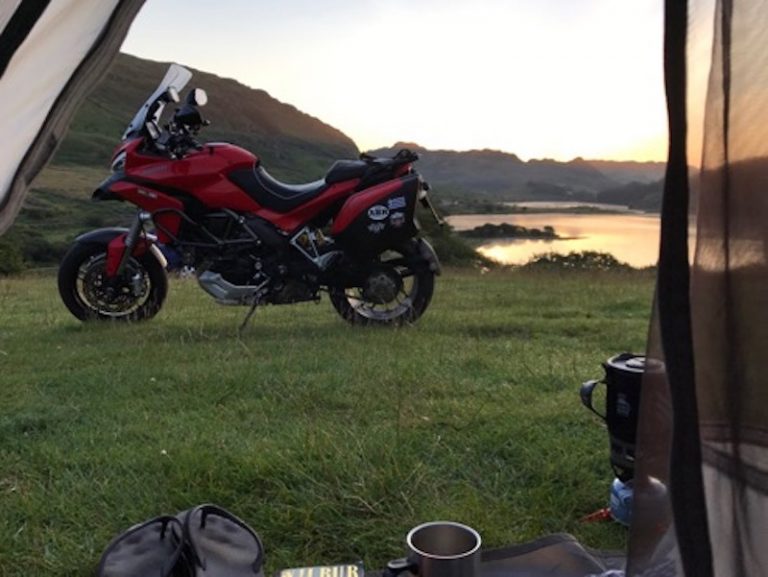 I bought ‘Ace’ the Ducati Multistrada 1200S brand new in May 2013 from Ducati Coventry, and since then have ridden over 26,700 miles on it. My previous two bikes were the ballistic Kawasaki ZZR1400 and a rugged BMW R1200GS Adventure – so the Multistrada was hopefully going to be the best of both worlds. I was initially attracted to the Italian Ducati styling, the 150bhp, the innovative electronics for altering the root settings of electronic engine, suspension, traction control and ABS mode, and the Skyhook semi-active suspension.

It was going to be the bike that would let me bomb along UK or European motorways, tootle gently around minor country lanes, explore mountain roads and be at home on easy gravel tracks, and take me safely on everything from sweeping B roads to city-centre ring-roads, in the summer and winter, in the rain, dry, or even autumnally leafy, greasy weather.

I have completely fallen for the Ducati Multistrada 1200S, it just does everything I ask of it really well. It’s both a great tourer, a real sportsbike and is reassuringly capable on any road. At last I have found a perfect bike to pack on my camping gear and escape for a few days or weeks, and explore. It is the sort of bike that, having dismounted at a petrol stop or cafe I just have to turn around and have another look at it as I walk away.

I had the sleek panniers with the purchase of the bike, and I added crash bars (£189), Termignoni exhaust (£586) and the superb Ducati LED spotlights (£363). I had opted for the overpriced Ducati Garmin Zumo 350 SatNav (£460), and the tall Ducati tankbag (£167), which completely blocked the view of the SatNav, luckily the German company Navihalter manufacture a raised SatNav mount (£90) which placed it behind the screen above the adjustment and easily visible with a glance. 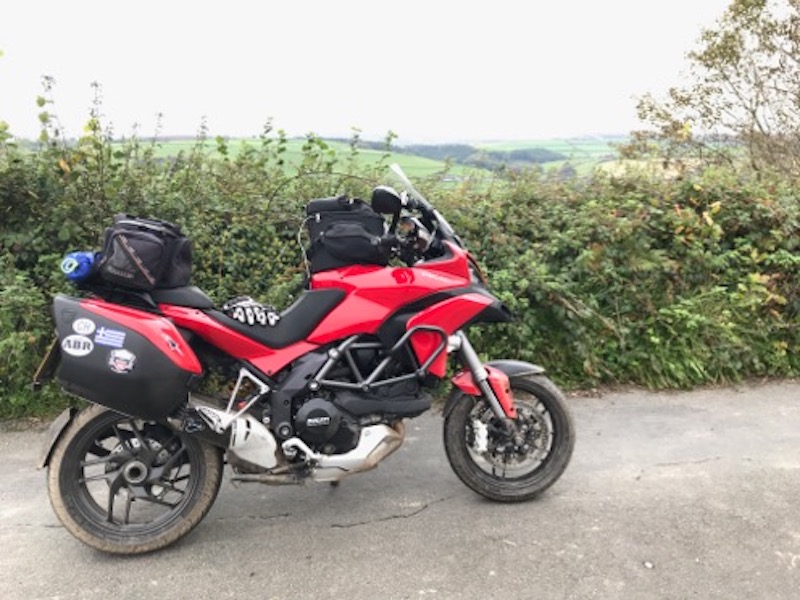 I am 5’10” and the upright riding position is absolutely fine for me. The Ducati feels light and nimble on the road whatever the conditions.

Over the years, as well as regularly exploring the four corners of England and Wales, I have toured France, Belgium, Germany, Switzerland, Italy, Greece and Crete.  The Ducati lives up to its name and has loved the long-distance French autoroutes south to Grenoble and the sweeping Route Napoleon. It enjoyed sitting trackside at Le Mans, exploring the Somme, the Rhine and the Black Forest.

It was very capable on wet, snowy Swiss passes, Alpine twisties and the gravel roads of the mountains in Greece and Crete. The Ducati scoffs at steep painted ferry ramps and laughs at the high speed A8/A10 autostrada between Monaco and Pisa with its 167 tunnels, viaducts and suicide barriers. I cannot fault its handling at all.

The four switchable engine modes (Sport, Touring, Urban and Enduro) can be simply changed while on the road, swiftly altering the preset power, suspension, DTC (Ducati Traction Control) and ABS levels to suit the conditions. Each mode can also be individually tweaked. 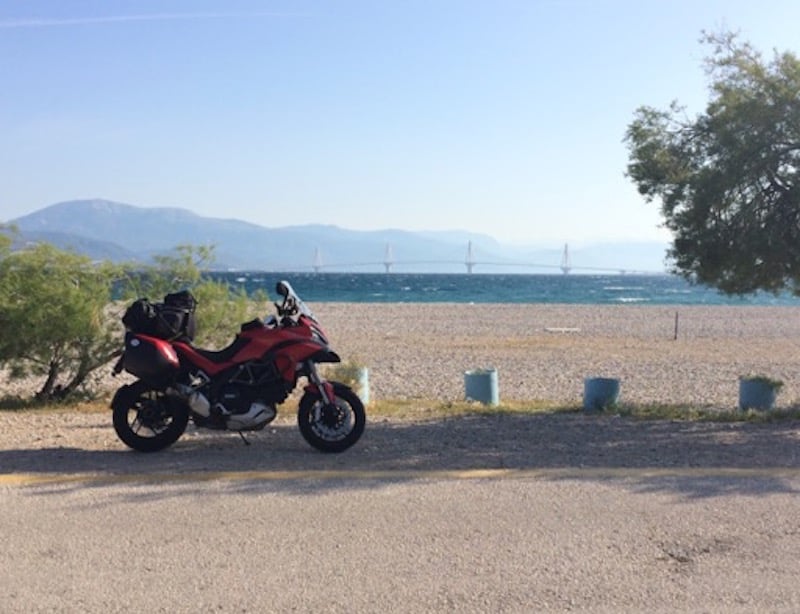 I dispensed with the Urban mode changing it instead to my ‘Thunderstorm’ mode by increasing the power from 100bhp to 152bhp ‘L’, the ABS level is three and increasing the DTC to the maximum eight. This serves me well on wet roads and on the ankle-deep rain-soaked autostrada outside Rome in a huge downpour last year. Being able to fine-tune the Ducati is essential for enabling it to reach its full potential.

In Sport setting, ideal for a quick blast on my favourite local Stow/Burford/Cheltenham 70-mile triangle, the power is 152bhp ‘H’ with sports-style suspension and a more immediate throttle response, with reduced DTC and ABS, perfect for pushing the bike to the max. On longer trips I usually ride with the Touring set-up: same 152bhp but with a more smooth and progressive power delivery – ‘L’, DTC at level five (of eight) and ABS at three.

A noticeable change can be felt in the 100bhp Enduro mode with soft suspension, DTC at two and ABS level one.

The rider suspension preload and damping settings for each mode can also be easily altered on the move to take account of pillion and/or luggage. 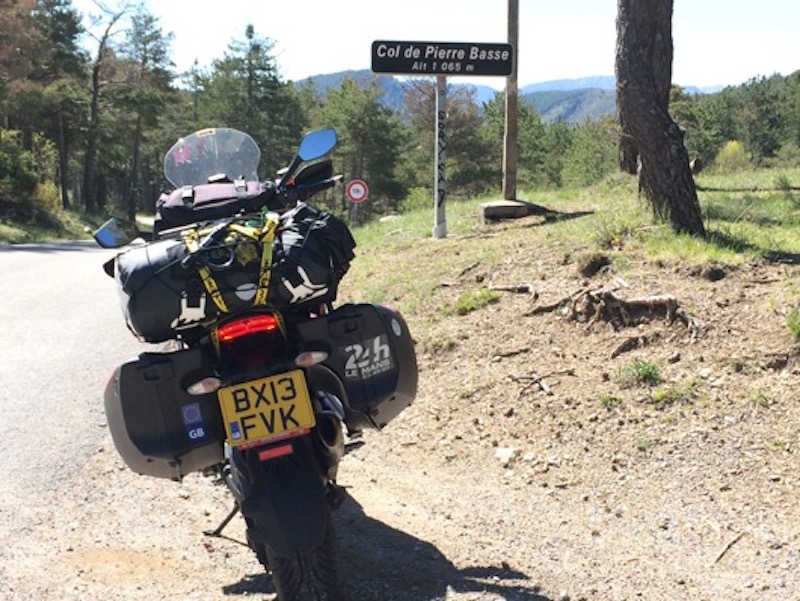 Over the years, and on the different journeys I have undertaken, and the more I have understood the electronics, I have come to appreciate more and more how the Multistrada really lives up to its name and how its handling and performance can adapt to changes in my riding preference and changes in the road surface.

The Skyhook Semi-Active Suspension is a real treat offering a great stance on hard acceleration and preventing nose-diving when breaking hard, the undulating cobbled and tram-lined streets of Naples posed no threats at all. This ever-changing by the millisecond, reactive damping mechanism adds smoothness and control to the ride whether you are touring or getting about in a hurry.

The Keyless ignition works well but you need an effective place to keep the key so that you don’t set off on your ride with the key in the shed! A clear routine works best. However, if you lose the key the bike will start with a four-digit pin number, but you won’t be able to unlock your panniers without it! 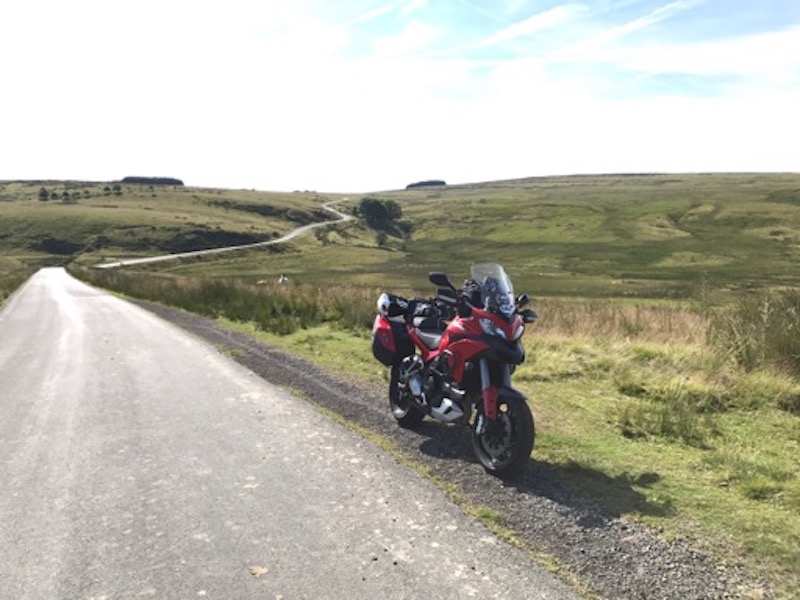 With regards to the build and quality of finish of the Ducati Multistrada 1200S, I have been very impressed. I ride all year round and the bike has been absolutely muddy, filthy dirty and road battered after a three-week journey and left unwashed for a few weeks in the shed, but it always scrubs up into a gleaming showroom model of perfection, and I have only been using ACF-50 (aerospace anti-corrosion spray) for a couple of years.

It has some paint peeling either side of the radiator, surface corrosion on some fastenings and on the bottom bar of the main stand but other than that, after four years I can’t complain.

The standard seat is very comfortable and I can happily do 600-mile days without pain. The screen effectively cocoons me from wind-blast and riding fast in the upright sitting position, even at 100mph+ speeds (on the autobahn of course!) is a doddle. 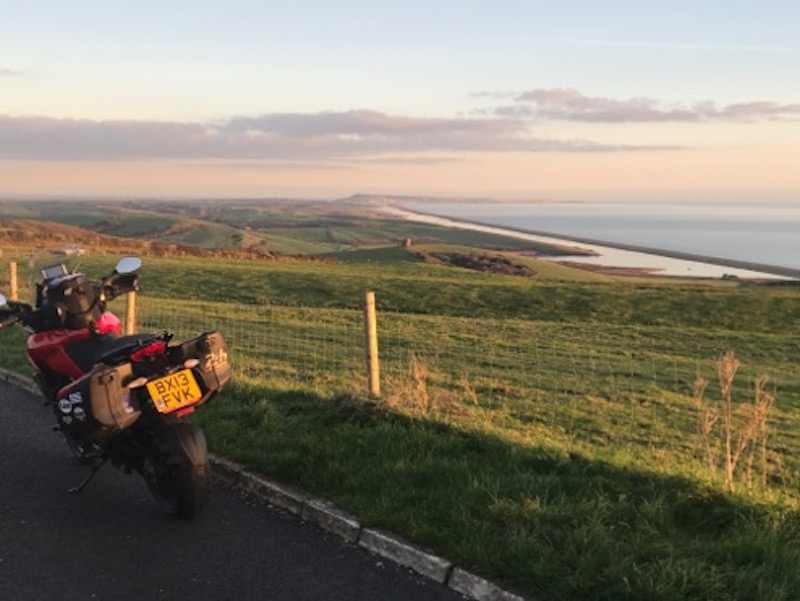 This has been a very reliable bike. It has never failed to start first time, every time.  The three faults I have experienced over the years have been relatively minor.

The fuel gauge sensor packed in six months ago so the engine and low-fuel lights blinked at me on every journey. Eventually I ordered a replacement but before I could get it fitted I had a spluttering high-speed power loss on the outside lane of the M6 Toll motorway, I limped home slowly. It was a failed exhaust pressure sensor – I had ignored the engine error light as it had been flashing because of the fuel gauge sensor, but I guess it had been trying to tell me something else!

The Ducati Garmin Zumo miniscule sprung connecting pins crucially failed two days into an important European trip last year, so I switched to the TomTom 410. It is amazing how motorbike SatNavs have such tiny vulnerable connections! Keep spraying them with WD40 folks. 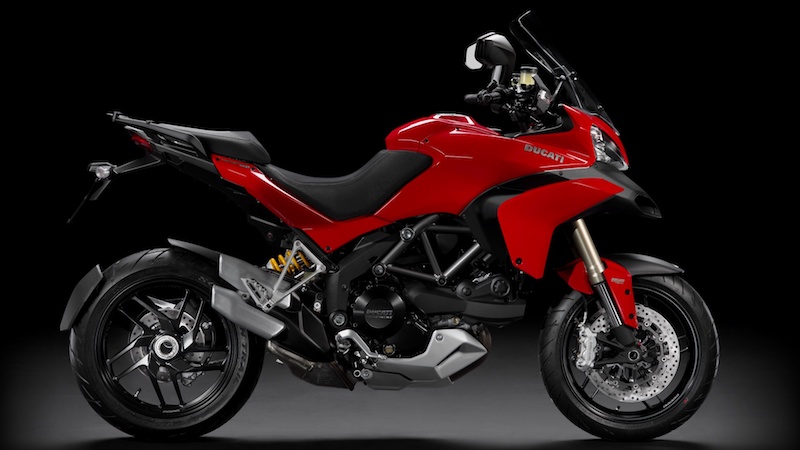