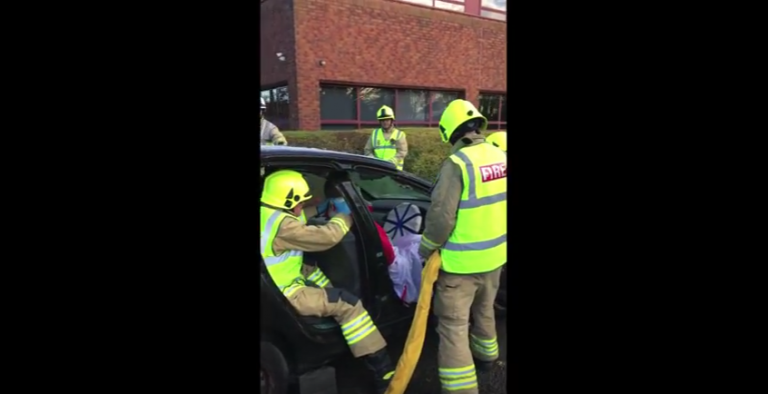 The mannequin challenge has been a prominent presence across social media, with some videos made just for fun, others to entertain clients and customers, yet it’s the Oxfordshire’s Eynsham Fire Station who have caused the most recent buzz, creating a mannequin challenge to end all challenges, hoping to campaign road safety and eliminate the use of mobiles when driving.

As bike riders and drivers, we’ve all been told and told others, never to use mobile phones while driving. And although many of use abide by these rules, there are some who do not.

In response to the number of accidents caused by mobiles, the Eynsham Fire Station decided to create a video that’ll make us pull on the handbrake, and think about our lives and the lives of others. And it seems to be working. The video has gone viral, caused a lot of traffic, and started trending with big names like the BBC giving it a share.

Individuals have started tagging loved ones and friends with messages such as ‘please stop,’ ‘take note,’ and the most saddening of all, two sisters saying ‘we should show dad this.’ Some have even said that they’re going to stop using their phones, and all because of the powerful impact this video has caused.

We won’t delve into the contents of the video, otherwise the point seems almost lost and half-hearted. But if you’re someone who uses your phone when driving, we will tell you this. You’ll feel like a right dummy, and is that what you want?