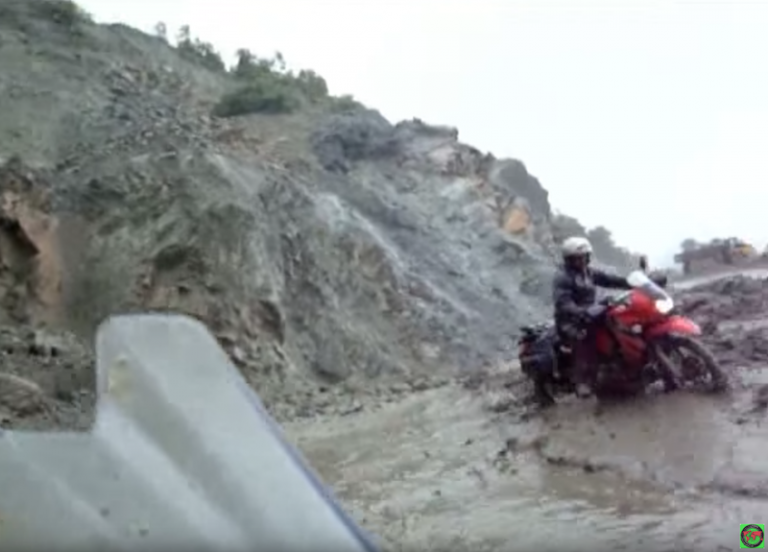 Exploring off the beaten path is one of the joys of adventure biking, but riding in remote areas does have its dangers. This is particularly true when Mother Nature flexes her muscles, something the two bikers in the video below learned the hard way.

The pair were motorcycling in Colombia when they arrived at a torrent of mud and rock gushing down a cliffside and across the unpaved road they were on. Initially, they film themselves deliberating about crossing the landslide, until it suddenly seems to surge in power and threatens to swamp the road around them. 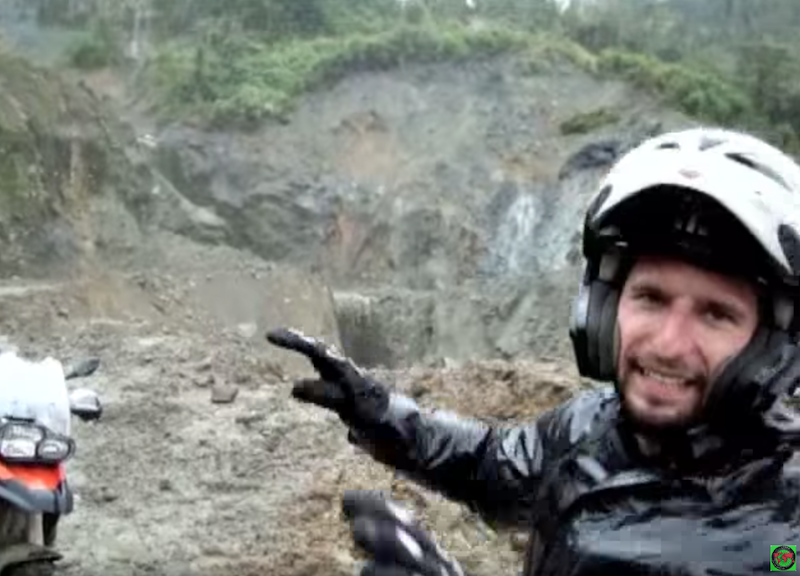 A few terrifying seconds unfold as they desperately try to manoeuvre their bikes to avoid being swept down a steep cliff side, but they struggle to move around in the fast-flowing sludge. One of the bikers tries to yank his bike backwards while the other attempts to turn around in the river of mud and rock.

Thankfully they recognised the danger early enough and were able to slip and slide their bikes to a safe place where they are visibly relieved to have survived their close call. The video was posted by tour company Motolombia on its YouTube channel.

The adventure bikers were riding the road between Popayán and Inza in the south west of Colombia, a steep and twisting mountain highway that reaches heights of more than 3,000m. It’s a beautiful part of the world but watching the video below emphasises the need to be respectful of the power of Mother Nature.