9 of the most stunning roads to ride in South America 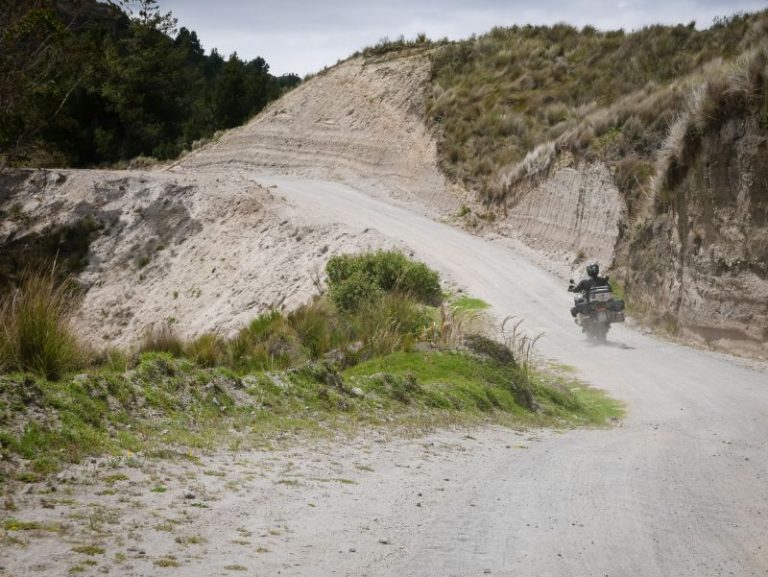 The lure of a ride in South America is undeniable. Unreal scenery, expansive spaces and countries steeped in culture to explore; travelling on two wheels through extremes of weather and altitude is surely the way to go.

Expect the unexpected and get ready for an adventure where the road less travelled may not even be paved, but then again, that’s all part of the fun.

Fancy a trip to South America but can’t decide where to go? We’ve checked in with tour company Edelweiss to find out the nine best roads to ride in South America.

Check out the trailer to Long Way Up, Charley and Ewan’s latest adventure through South America 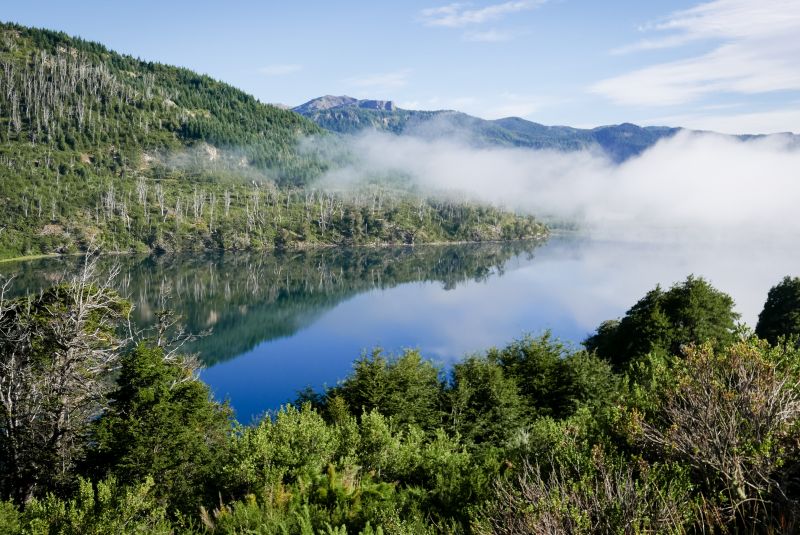 The Seven Lakes circuit in Argentina is a section of the famous Ruta 40, the legendary highway which cuts through the whole of Argentina.

This stretch winds through one of the most picturesque areas of northern Argentine Patagonia, connecting the popular towns of San Martin de los Andes and Villa La Angostura in the province of Neuquén.

Even if not as adventurous (it is perfectly paved!) as you would probably expect from South America, this route offers heaps of amazing natural beauty and you can easily increase the challenge factor by using the many unpaved side roads. 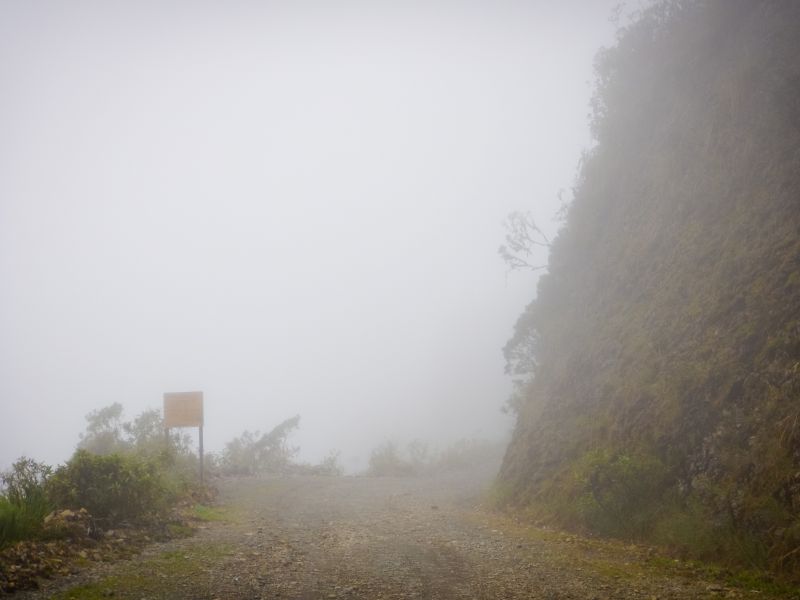 Bolivia’s Death Road is a must for all adventure travellers. Once considered the most dangerous road in the world, it was far riskier before the government recently built another road linking the towns of La Paz and Coroico.

Despite its name, Death Road is a beautiful 43 mile ride – as long as hairpin turns and the lack of guardrails aren’t an issue for you. Surrounded by mountainous terrain and terrifying precipices, the winding road climbs to around 4,650m, before gradually descending to 1,200m at the town of Coroico.

The drop in altitude means you get to experience both the chilly conditions of the Altiplano highlands and the hot, humid climate of the rainforest below. 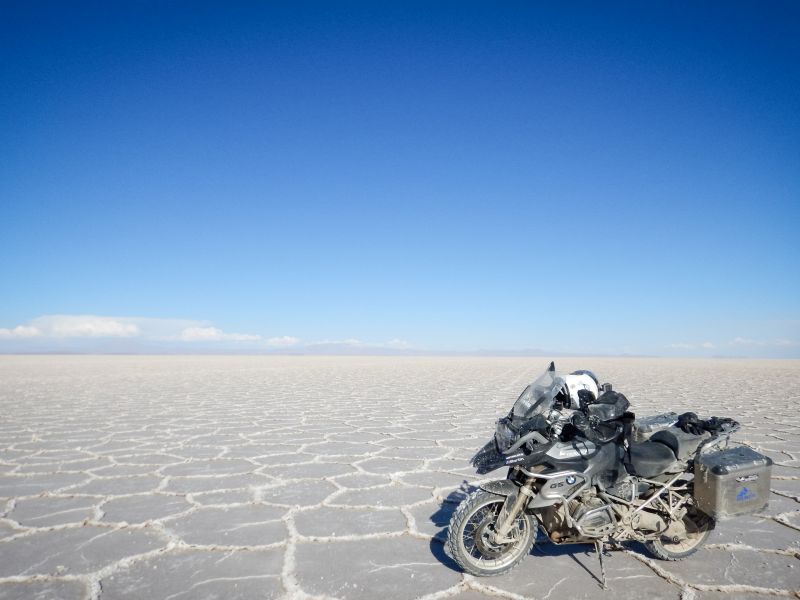 If there is one place on Earth where you really feel like you landed on another planet, it has to be the Salar de Uyuni.

Surrounded by the Andes Mountains, the largest salt flats in the world are an off-white expanse extending for miles in every direction. There is no road, but riding on this infinite white surface without any reference on the horizon is an unforgettable experience.

The best time of the year is during the dry season, otherwise riding possibilities could be very limited. And, in any case, wash your bike very carefully afterwards! 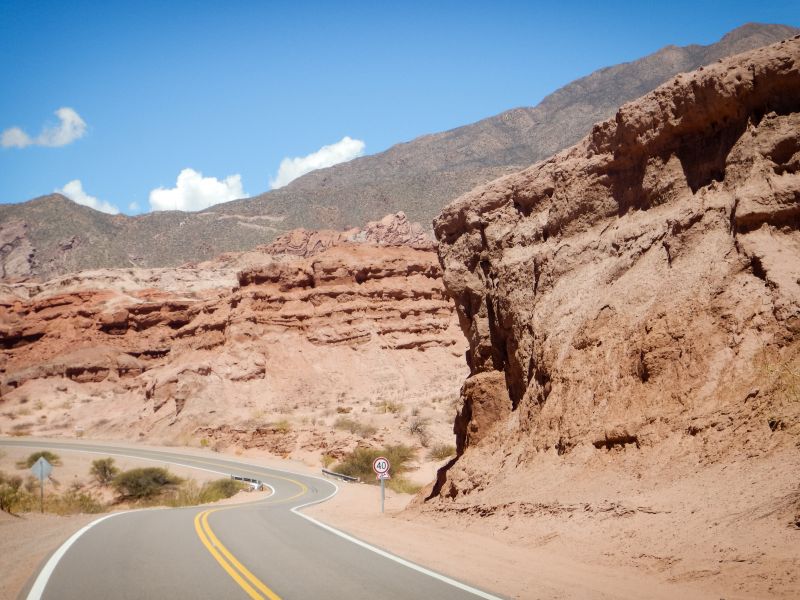 This section of the Road 68, also known as Quebrada de Cafayate, connects Cafayate to Salta and is an area of great natural beauty. The red sandstone and rock formations layered in the mountainous landscape are reminiscent of the Grand Canyon and southwestern American landscapes.

Wind erosion has created strange rock formations, canyons, and mountains such as the Garganta del Diablo (the Devil’s Throat) canyon, a natural amphitheatre, limestone ‘dunes’ and bizarre rocks. A ride through this landscape on this perfectly paved road is truly amazing!

5. Serra do Rio do Rastro, Brazil 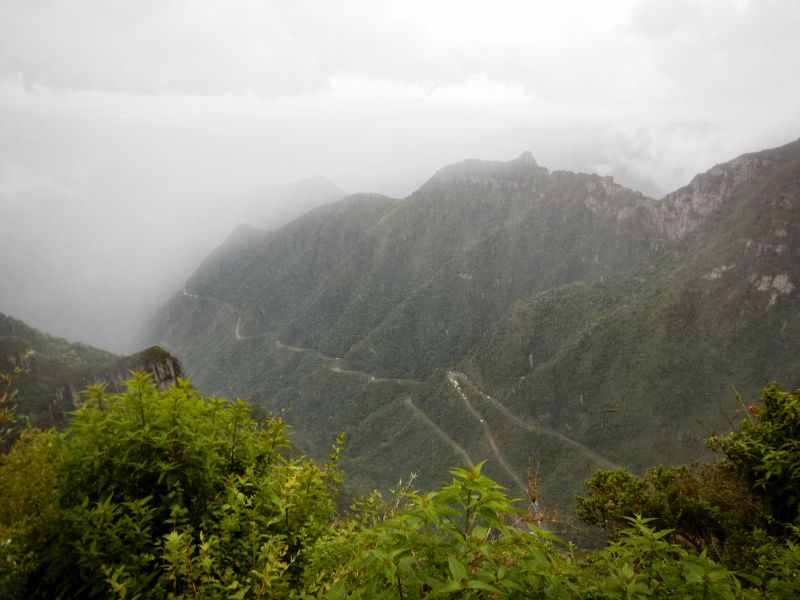 The natural beauty of the Serra Catarinense, located in southern Brazil, is simply striking. The landscape, made of araucaria trees, rivers, waterfalls, valleys, high grasslands and grand canyons, will leave you spellbound.

Considered one of the most spectacular roads in the world with a length of eight miles and around 250 turns, it will take you from 1,370m to sea level in mere minutes. There’s a belvedere at its highest point from where you can see the curves of the road in the middle of the forest and on clear days you can even spot the coast dozens of miles away. 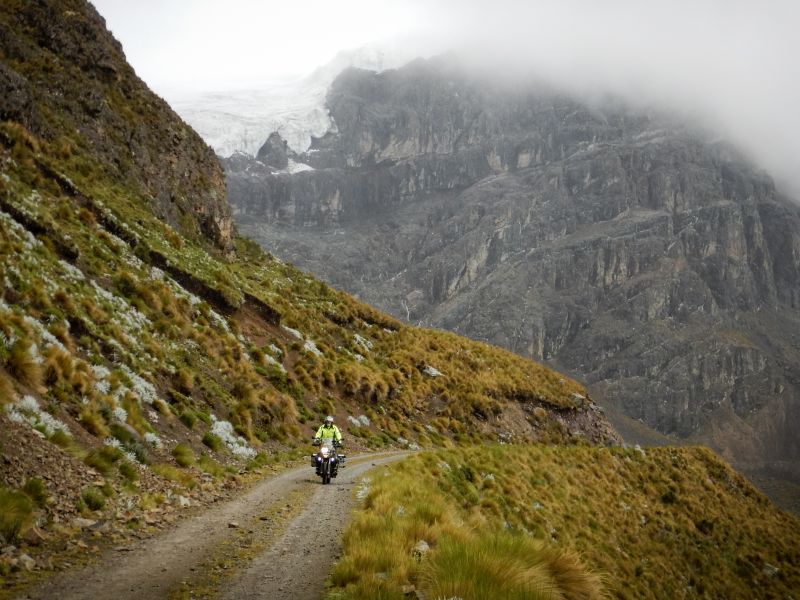 This road is also known as the ‘Ruta del cambio climatico’ because of the shrinking Pastoruri Glacier, showing the effects of climate change.

It offers a unique experience to see an incredible variety of landscapes, from the desert to the glaciers, in just one day. The recommended route starts from Barranca, from where the road takes you into the mountain range known as Cordillera Blanca, including several 6,000m+ mountains, some 660 glaciers and 300 glacial lakes.

The Pastoruri Glacier is located in the Huascarán National Park, a UNESCO World Heritage site, which encompasses most of the Cordillera mountain range. The 37 miles of gravel surface and the high elevation up to 4,800m above sea level can be challenging, but the experience is unforgettable! 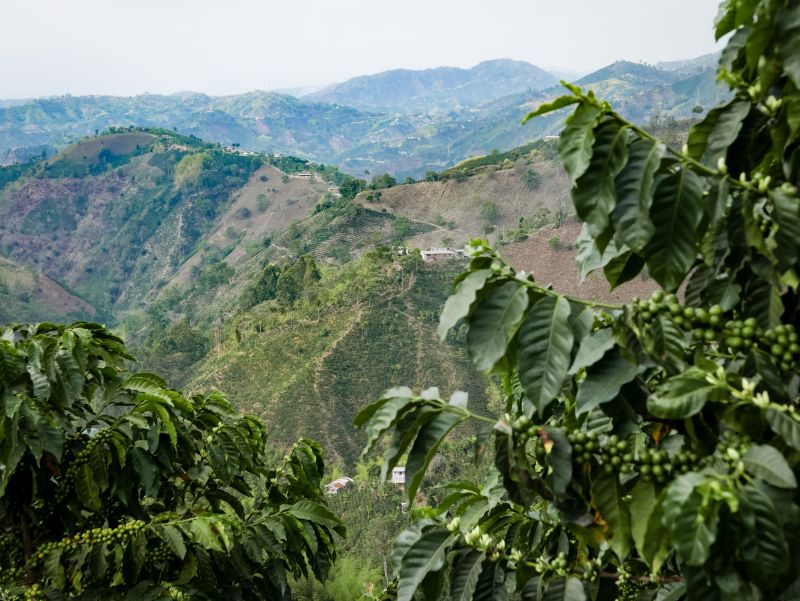 Colombia is famous for its coffee, especially in the departments of Caldas, Risaralda and Quindío, which together make up the heart of the Eje Cafetero (Coffee Axis). The Coffee Cultural Landscape of Colombia has been protected by UNESCO since 2011 and the beautiful rolling hills and farmland of the coffee region will steal your heart for sure.

The Eje Cafetero is particularly interesting to visit during the harvests (April to May, October to December), when the farms are a hive of activity where visitors are welcomed and tourism has been fully embraced.

The urban areas, mainly situated on the relatively flat tops of hills above sloping coffee fields, are characterised by the architecture of the Antioquian colonisation with a touch of Spanish influence. Yet another destination for the bucket list! 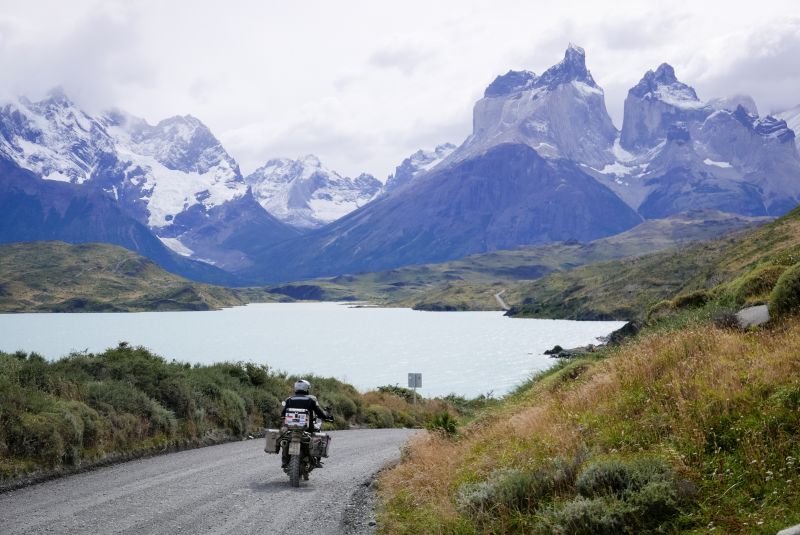 Chilean Patagonia is an amazing area of unspoiled nature, and the Torres del Paine National Park, with its group of three granite towers, is definitely a pretty special highlight. National Geographic even named this park one of the most beautiful places on Earth in 2013.

From a motorcyclist’s point of view, it offers the possibility of riding an unpaved loop, making the experience even more interesting. The best way to approach the park is from the south, where the main range will appear on the horizon as you ride the gravel roads with their sweeping bends.

As you approach the looming mountains, the road becomes something of a rollercoaster, with ups, downs, twists, turns and head spinning scenery on all sides. 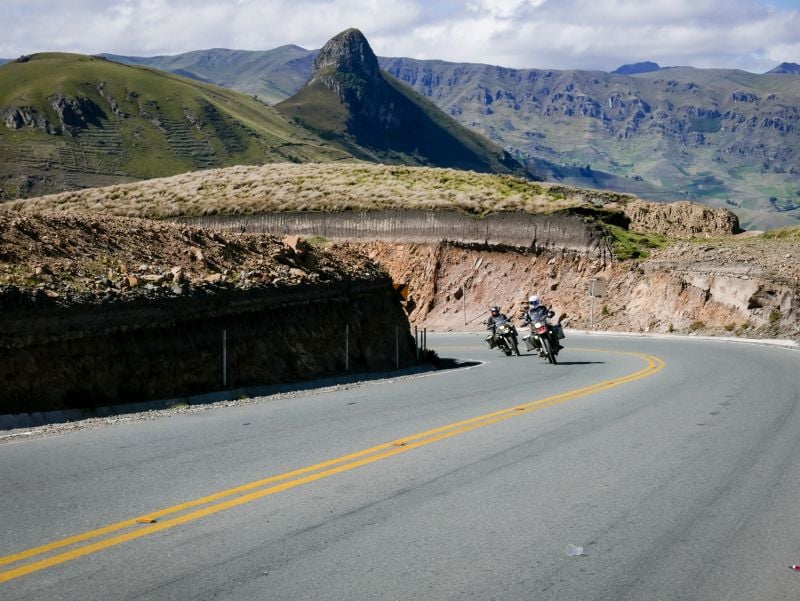 Ecuador is located on the so-called ‘Ring of Fire’, a belt of volcanic activity surrounding the Pacific Ocean. Just south of Ecuador’s capital city, Quito, two parallel chains of Andes rise in dramatic peaks, known as ‘The Avenue of the Volcanoes’. It’s well worth witnessing the spectacle of the snow-capped volcanoes.

You will easily recognise Cotopaxi, one of the biggest volcanoes in the world, with its symmetrical cone at a height of almost 6,000m. However, a ride through this landscape is not complete without admiring the Quilotoa crater with its peculiar greenish lagoon, a result of dissolved minerals.

The roads are generally of a good quality and we recommend starting the journey in Quito, where you will also have the chance to stand with one foot on either side of the equator!

Edelweiss Bike Travel is a tour company that offers motorcycle tours throughout the world and has been in operation for nearly 40 years. The company offers guided, self-guided and custom tours in over 80 countries, as well as motorbike rental with a wide range of bikes available.

Have a browse on the company’s website and you’ll realise there are some spectacular tours to ride in South America, with highlights including Bolivia’s Death Road, the other-worldy salt flats and the seven lakes of northern Argentina.

Or why not go the whole hog with the immense 75-day trip that takes you through South America from top to bottom, ticking off most of the stunning locations from this list along the way?