5 reasons you need to go motorcycling in Patagonia 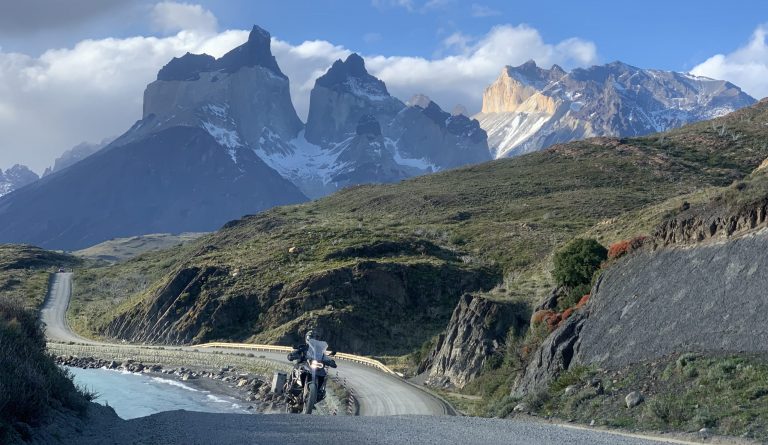 Motorcycling in Patagonia, a region located at the tip of South America, is once in a lifetime dream for many adventure motorcyclists. It’s a magical land spanning Argentina and Chile, characterised by jaw-dropping mountainous scenery that’s been forged by volcanic eruptions and the shifting of the Earth’s plates over the course of millions of years.

After featuring a captivating travel feature from the region in issue 57 of ABR, I spoke to local experts Motoaventura Chile to discover five reasons why a motorcycle trip to Patagonia should be on any adventure bike rider’s bucket list.

Get access to every issue of ABR Magazine ever written and all new issues as they are published by signing up to the ABR Digital Library. Over 10 years of inspiration and entertainment available instantly on any device, wherever you are.

Sit on the banks of Lake Pehoé 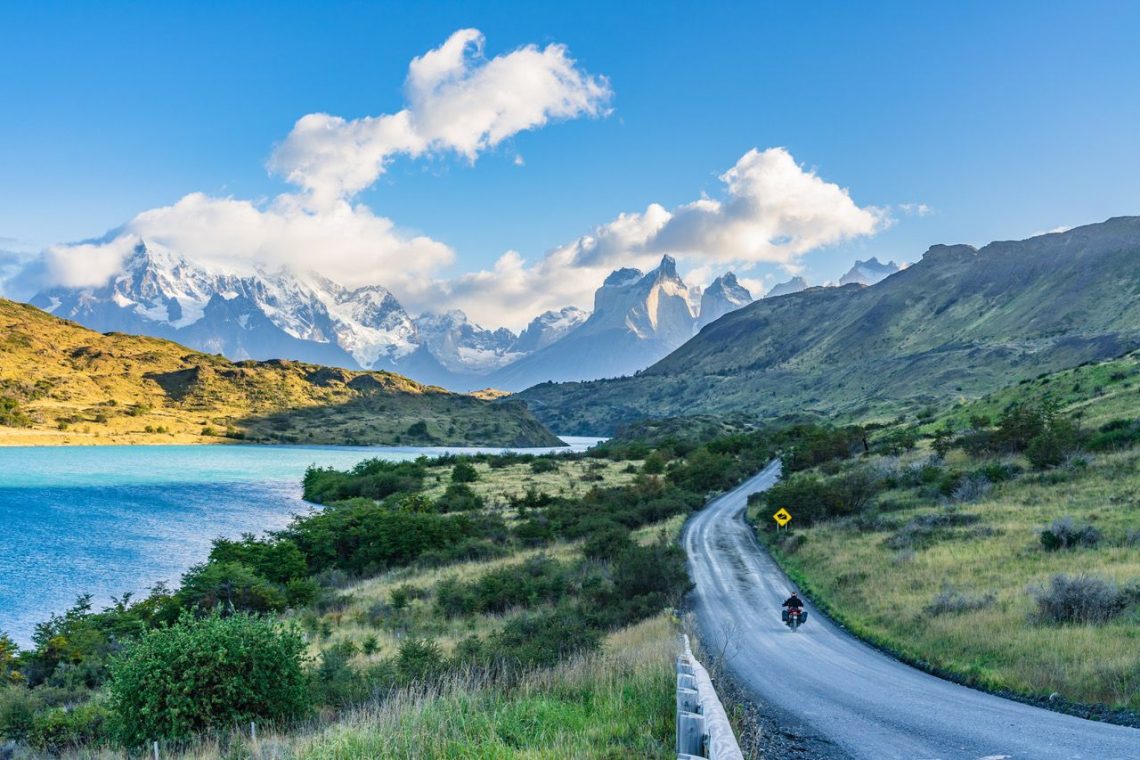 Amid the towering peaks of the Torres del Paine National Park lies Lake Pehoé. This idyllic, opal-blue lake is located in southern Chilean Patagonia, and around a quarter of a million visitors flock to its shores and the park every year. Naturally, those snow-capped peaks of the eastern spur of the Andes, the Paine massif, prove popular with mountaineers, climbers and hikers.

But for us motorcyclists, there’s ample tarmac and trail on offer allowing us to wind our way through this other-worldly land, venturing into areas that only the most intrepid of travellers have visited. It’s been called the Eighth Wonder of the World by some, and if we were to sit by the banks of Lake Pehoé watching the reflection of the mountains fade with the daylight, we doubt we’d disagree. 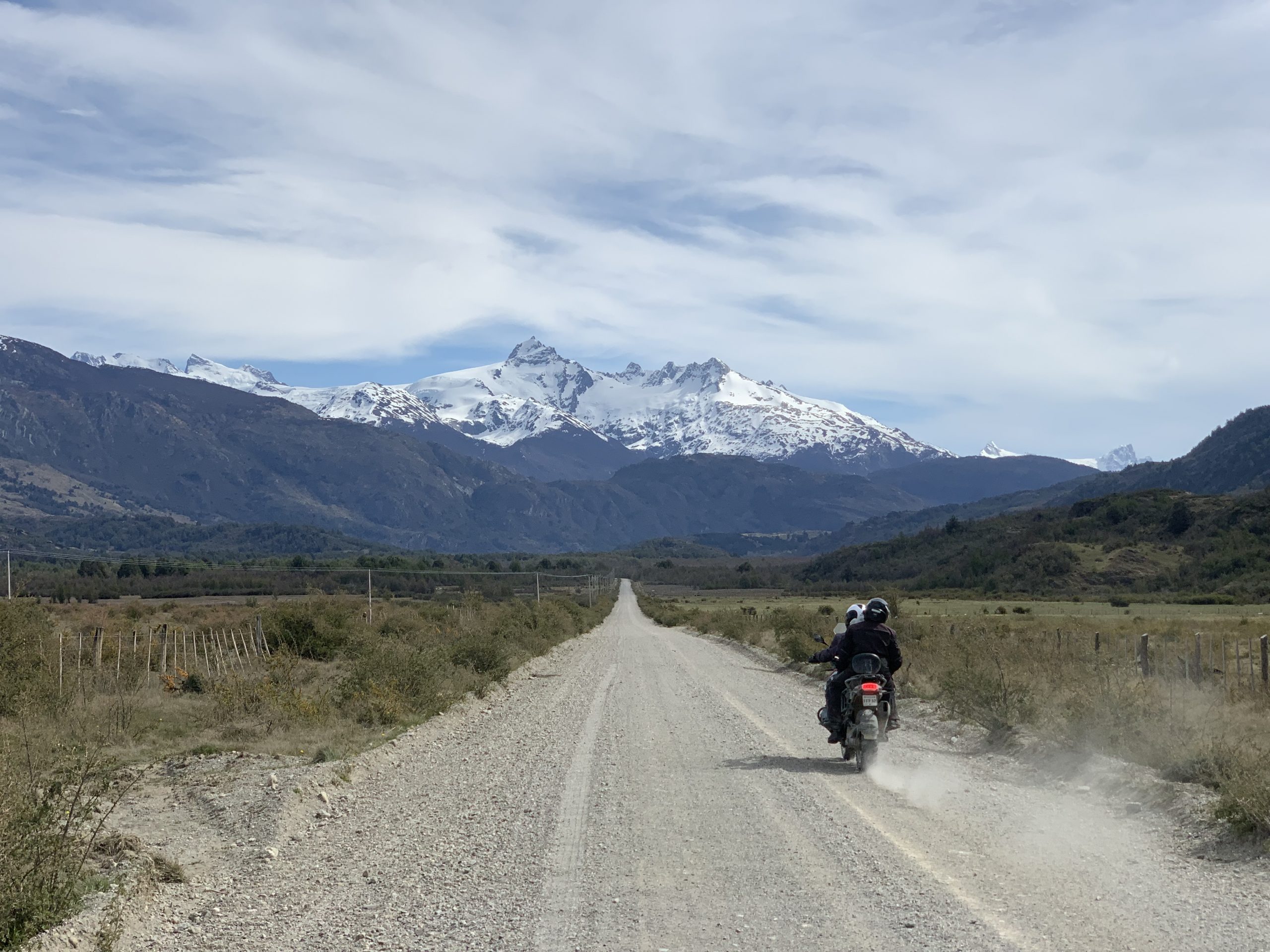 Don’t let the term ‘highway’ fool you. This is no arrow-straight tarmac road. The Carretera Austral is an adventure bike rider’s dream. Venturing deep into Northern Patagonia and spanning 750 miles, vast sections of the Carretera Austral highway are unpaved. This means you’ll be up on your pegs as you journey towards glaciers and mountains on the horizon.

As with many highways in South America, road improvement programme are slowly reducing the number of unpaved highways on offer. With that in mind, it might be a good idea to book that trip to Patagonia before the tarmac takes over. 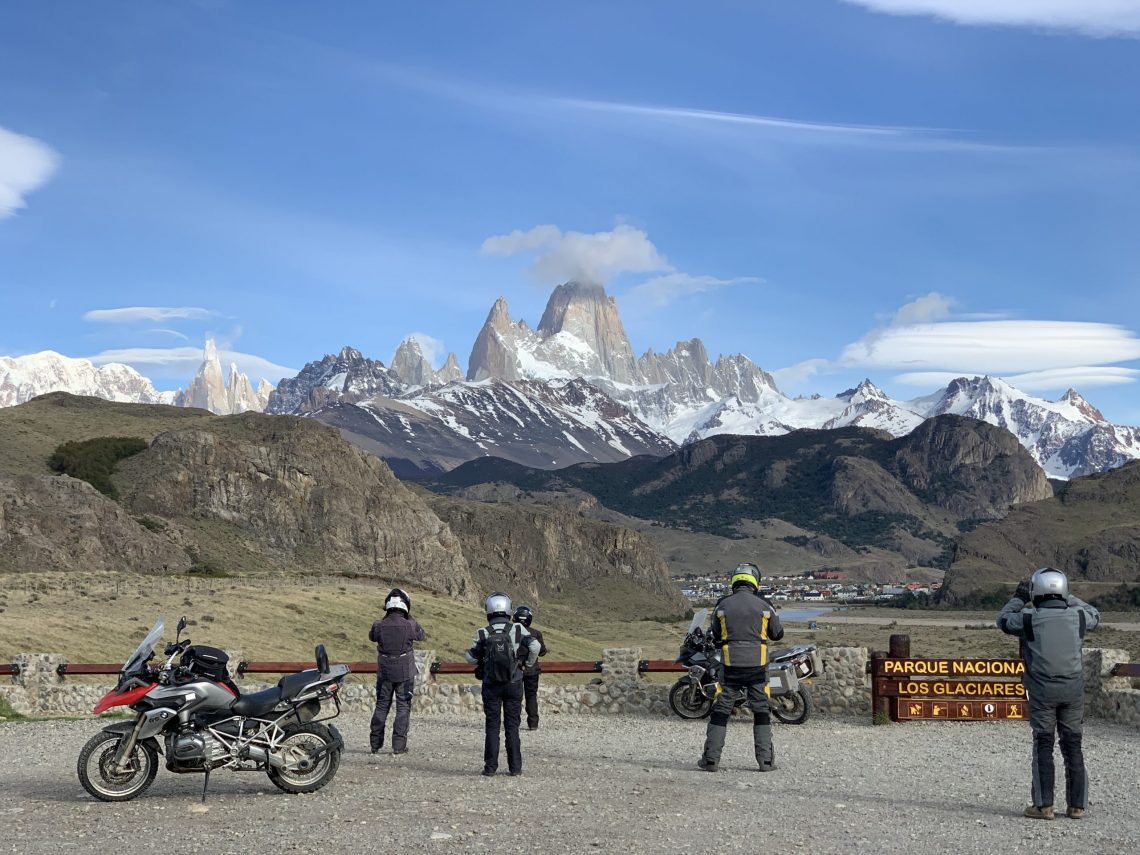 Argentina’s largest national park, Los Glaciares, covers almost 3,000 square miles in the south of the country. It’s a remarkable natural wonder and in 1981 was recognised as a UNESCO World Heritage Site.

There are a number of stunning sights to be seen, scenic roads to be ridden, and adventures to be enjoyed out of the saddle by any visitor. These include Lake Argentino, the largest lake in Argentina, a number of glaciers and the stunning Mount Fitz Roy and Cerro Torre mountains, which are hugely popular with mountaineers and photographers alike. Enjoy a few days off the bike after making full use of the myriad of paved and unpaved roads that criss-cross the park on your way in.

Travel the length of Ruta 40 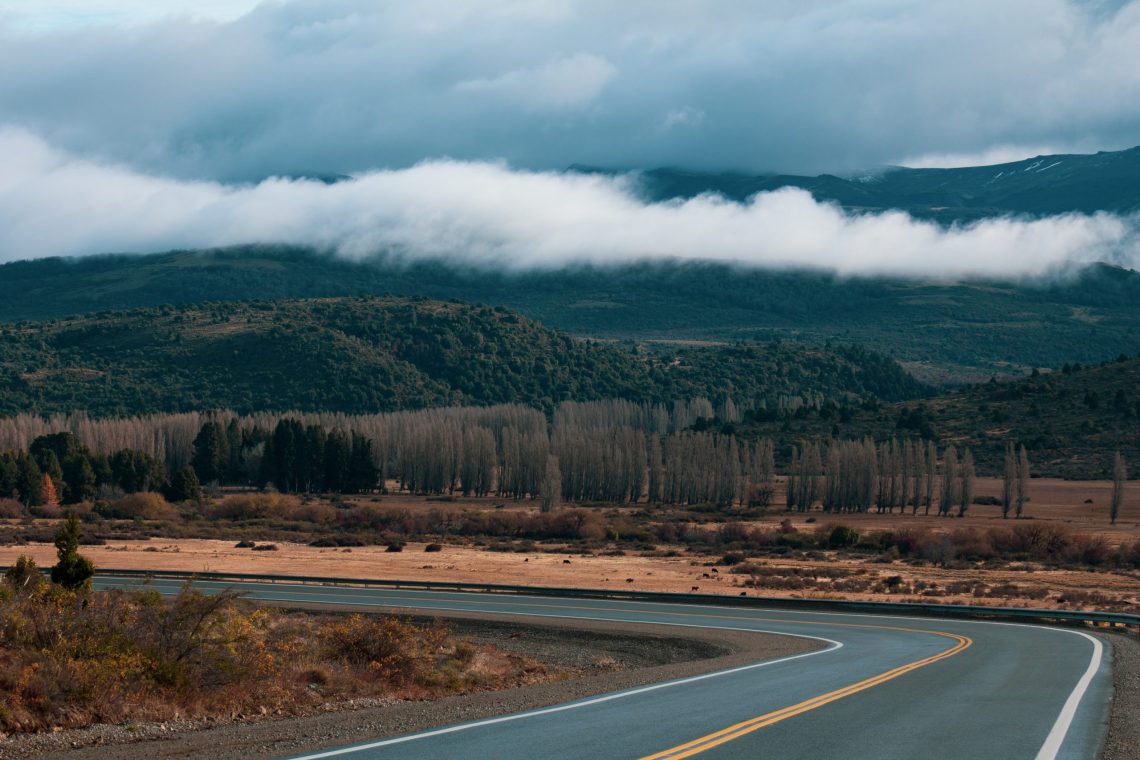 The longest road in Argentina, Ruta 40, runs parallel with the Andes mountain range and has become synonymous with adventure travel through the region. It’s a truly iconic route, up there with Route 66 in America and Australia’s Stuart Highway.

Just a brief glance at the statistics behind Ruta 40 are enough to convince a motorcyclist that it needs to be ridden. Stretching the length of Western Argentina for 3,100 miles, it crosses 20 national parks, 18 major rivers and a massive 27 passes in the beautiful Andes mountain range. Riding the route from north to south will bring you to ‘the end of the Earth’ at the southern tip of South America. 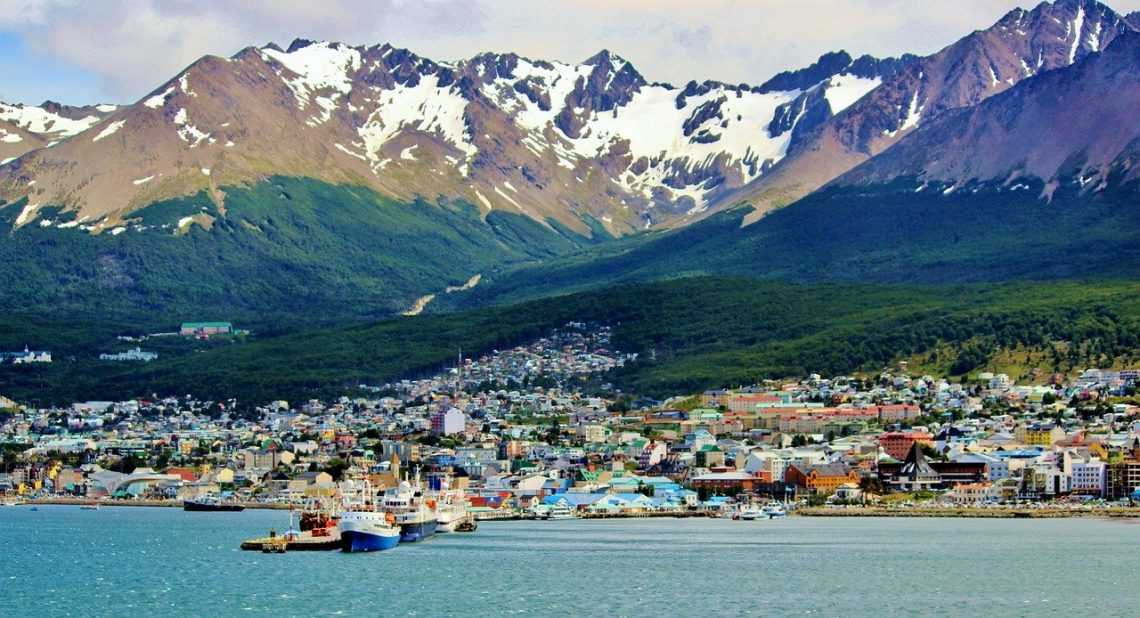 A trip in Patagonia wouldn’t be complete without a journey to the end of the Earth or, to be more specific, the world’s southernmost city, Ushuaia. It is often seen as the Holy Grail of destinations for adventure motorcyclists riding in South America.

A bustling city that is proud of its ‘end of the world’ status, Ushuaia has quickly become an adventure hub offering a plethora of outdoor activities to get stuck into while you’re off the bike. Enjoy traditional Argentinian cuisine and take in the sights before you push onwards up north.

Motorcycling in Patagonia with Motoaventura Chile

We teamed up with the local experts at Motoaventura Chile to bring you this list of incredible places to ride in Patagonia.

And, if this article has whetted your appetite, why not check out Motoaventura Chile’s guided tours of Patagonia on the tour company’s website.