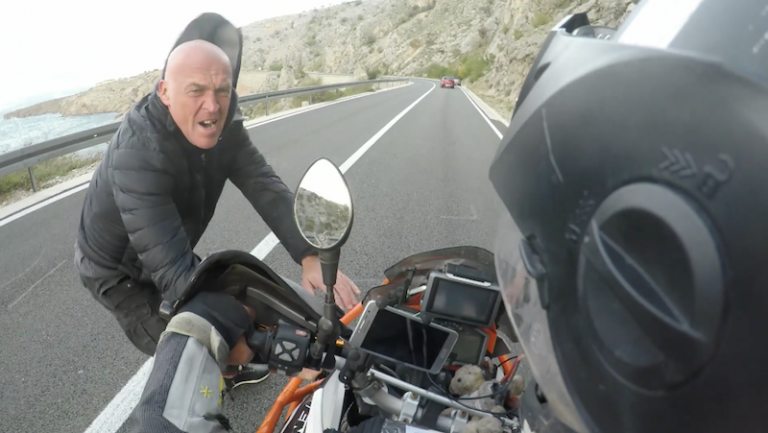 If there’s one type of weather that seems to frighten me most when riding, it’s high winds. The unpredictability of strong gusts that threaten to push you into oncoming traffic, or even off the side of the road, just makes for a bum-clenching ride.

While I’ve ridden in some pretty nasty wind storms in the UK and USA, it appears as though they’d be classified as light breezes when compared to the Bora winds in Croatia.

These katabatic winds in the Adriatic Sea can reach speeds of 136 miles per hour, and it can be difficult to simply drive a car through them, let alone ride a motorcycle. If, by some strange coincidence, you’re interested to see what it’s like to ride through such high winds, then you’re in luck, because a chap called Wissam Jayoussi has done so (more by accident than anything), and he captured the whole ordeal on camera.

The video (which you can watch below) starts off pleasant enough, with Wissam riding along what appears to be a lovely mountain road. Then, the wind picks up, Wissam struggles to keep control of his bike, and when the struggle becomes to much he falls off, coming a bit too close to the edge of the road for anyone’s liking.

Time passes with Wissam struggling to right his bike, and numerous cars pass by, seemingly oblivious or uncaring towards the fact that there’s a motorcycle lying across the carriageway. Fortunately, after a few minutes of panic (during which time, Wissam’s sheep skin seat cover flies off), a hero emerges from a Mini.

As it turns out, the one good fellow who stopped to help him was Croatian basketball legend, Aramis Naglić, who competed for the country in the 1992 Summer Olympics, winning silver with the team. The knight in shining armour helps Wissam get down from the strongest of the winds, and also retrieves his sheepskin seat cover. 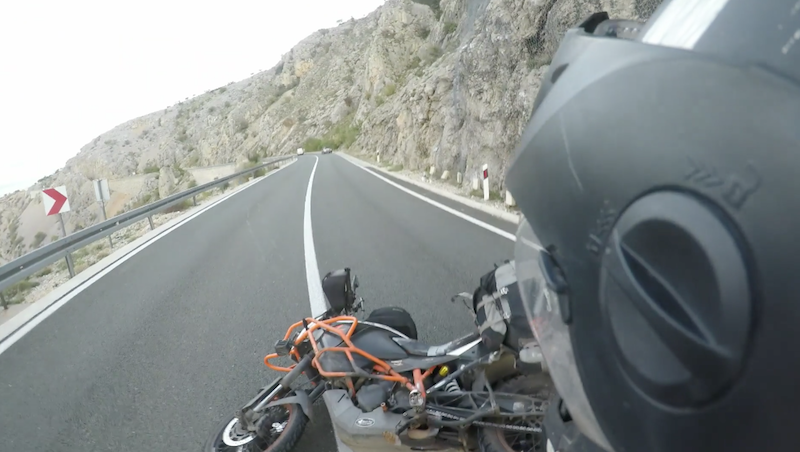 Wissam is rode around the world to raise funds for Hope and Play, a charity that’s been set up to help handicapped children in Palestine, and he wrote about the video on his Goodwill Journey Facebook page, saying:

“I have been fighting mother nature for three days, rain, wind and snow in Croatia. Today before starting a 60+ year old man told me wind in this area is like no where else in the world. I was too proud to listen and was saying to myself ‘he has no clue what I have been through, I rode Patagonia, Australia, Gobi desert and so many places known for strong winds, what does he know’.

“Well I was wrong, he knows his country, this is the worst I have seen. I had to turn around and run away from the coast heading inland. The wind did drop down after 50km going inland but I was hit with snow, still better than that situation.

PS: I cannot believe neither myself nor the sheep skin fell off the mountain.”

So, without further ado, check out the video below:

Tell the world that you’re an adventure bike rider 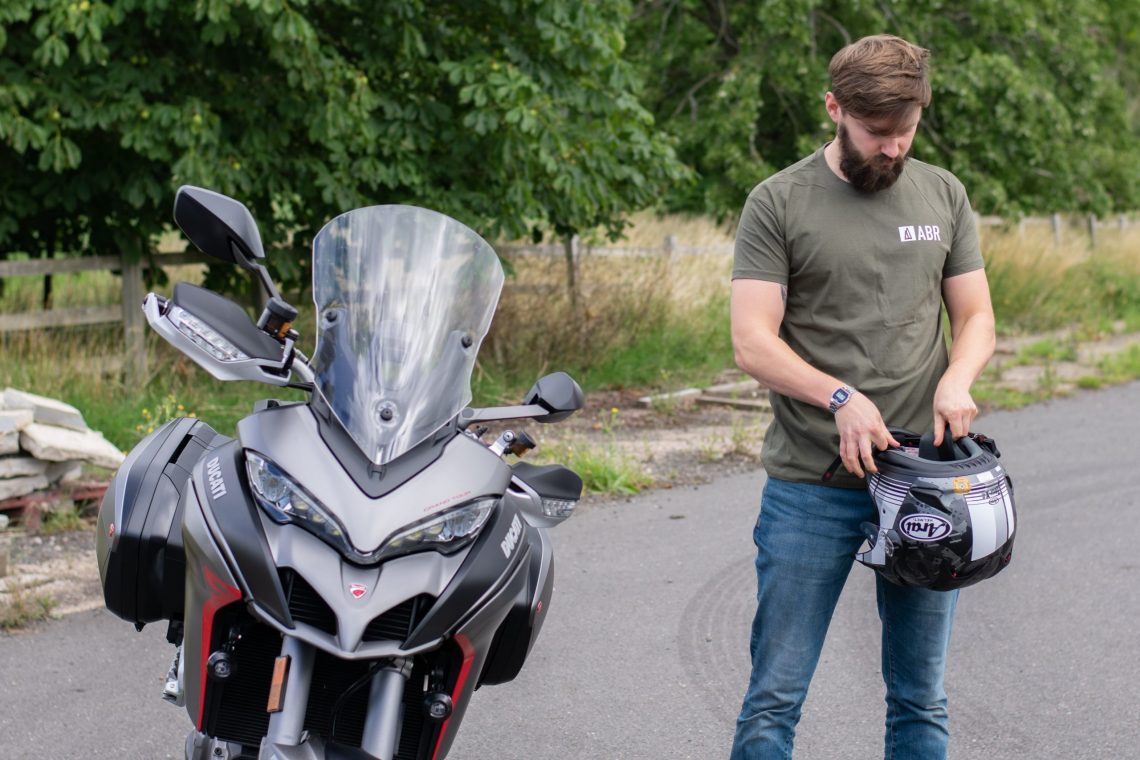 You don’t need to ride the long way round to tell the world that you’re an adventure bike rider with our ABR T-shirts.

We thought it was about time someone made a t-shirt that focuses on the simple pleasures of exploring the world by bike, so we took matters into our own hands.

Available in four colours, this stylish get-up is the perfect way to tell the world that you’re an adventure biker through and through.

We only have a limited amount in stock and they’re selling out quickly, so click here to get your own ABR  t-shirt today.