Watch: Stunt rider shows exactly what the Africa Twin can do in the right hands 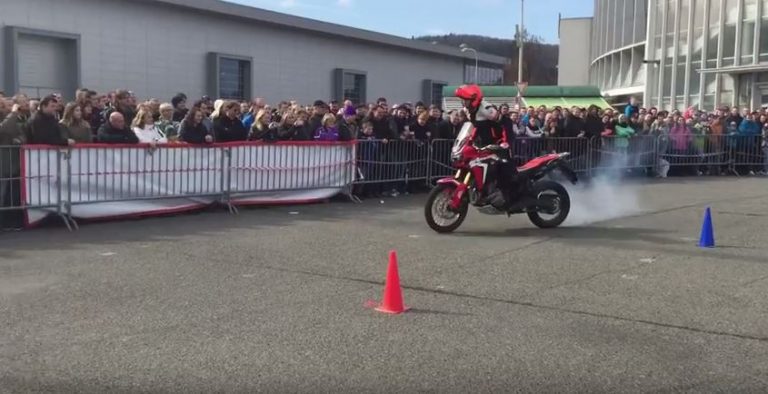 The Honda Africa Twin has been much heralded for its true adventure capabilities. Journalists the world over have been swooning over its ability to deal with whatever the terrain decides to throw up.

And now it seems that the Africa Twin has also been put through its paces to show exactly what it can do in a stunt capacity. Over the course of the video the rider pulls off a series of wheelies, stoppies and burnouts, much to the delight of the crowd.

If anything, the video serves as a reminder that, in the right hands, a motorcycle is capable of doing anything. Of course, why you’d want to use an Africa Twin as a stunt bike is another thing altogether, but it’s impressive nonetheless.