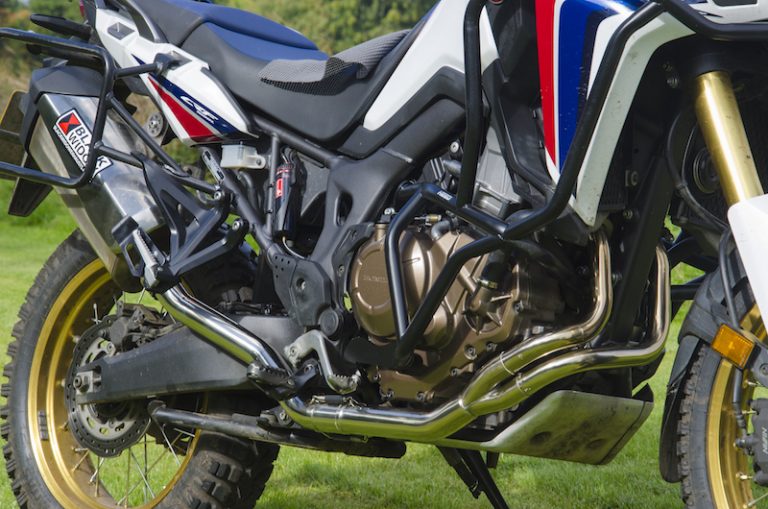 If you are like me, an Africa Twin owner, you probably think it’s a great looking bike, but I’m sure everyone will agree the stock exhaust looks horrendous. Not only that, the big black plastic cover for the catalytic converter’s heat shield catches my foot all the time. For some reason, Honda decided to make the cat part of the downpipes rather than part of the silencer. It bothered me enough, that I took it upon myself to replace the standard pipes with Black Widow Honda CRF1000 Africa Twin Downpipes.

I’m pretty happy with the Africa Twin’s performance so I didn’t see the point in forking out loads of cash on a fancy ‘race system’ to solve my ergonomic/aesthetic problem. I was pretty close to cutting the cat out myself and getting a de-cat pipe made up for the bike, when I came across the new Honda CRF1000 Africa Twin de-cat downpipes from Black Widow Exhausts. At £330 they are easily the cheapest aftermarket downpipes available for the Africa Twin. 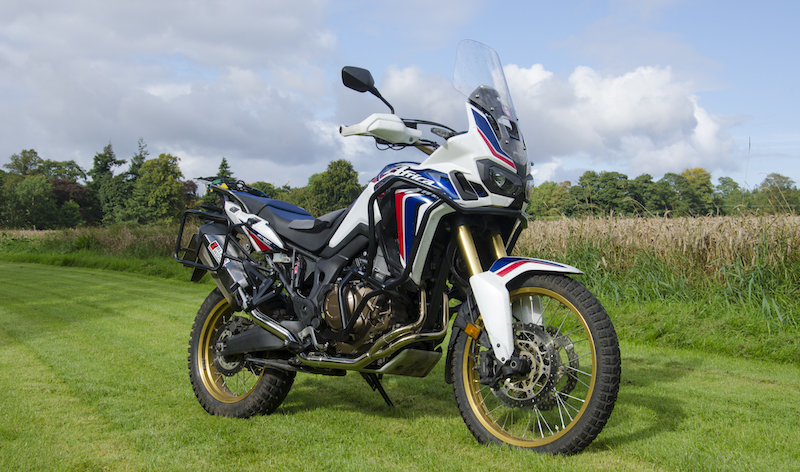 Made from 1.5mm thick 304 grade stainless steel, they follow the shape of the factory downpipes so there were no issues with the lambda sensor fouling my aftermarket crash bars. The Black Widow downpipes should work with all aftermarket sump/engine guards too. This is great as I’ve read online that a few people have had compatibility problems with other more expensive systems and aftermarket accessories.

Fitting the Black Widow Downpipes is pretty straight forward. They come supplied with exhaust assembly paste and are held together by springs. These can be a bit of a fiddle to get on but a spring hook will make the job much easier. Make sure you clean off any excess paste once the system is assembled. 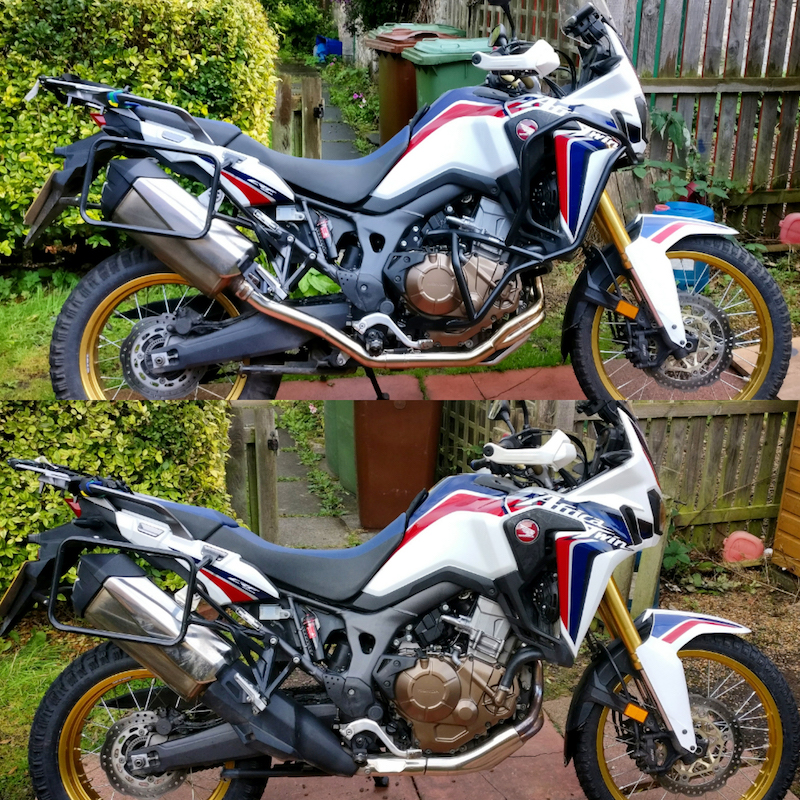 The Honda Africa Twin before (bottom) and after (top). Notice there’s no more black plastic to get in the way of your foot.

I was slightly concerned about the lack of heat shields. I melted a hole in an expensive pair of Alpinestars boots on a Harley several years ago, and I’ve been wary ever since. Luckily the way the Black Widow system fits the bike keeps hot pipes well away from both rider and pillion’s footwear. I have run the system for about 800 miles now and there have been zero hot pipe to boot interactions.

I’m really happy with the Black Widow Honda CRF1000 Africa Twin Downpipes. After being on the bike through lots of rain, mud and even a small river, the finish is still perfect. No longer is my foot catching the plastic cover which has made the bike that bit more comfortable. Black Widow don’t claim any increase of power, but as I said, I wasn’t looking for any big gains so I’ve not gone down the dyno/power commander route. I’m only running a Booster Plug on my bike to enrich the fuel/air mixture a bit, as removing the cat can cause the engine to run a little lean.

If I had to be critical of any part of the downpipes, I found the finish on one of the brackets a little rough, but that really is me nit picking. If you’re after an affordable, well made, great looking set of de-cat downpipes for your Africa Twin then look no further than Black Widow Exhausts.

And if you’d like to see and hear the bike with the pipes fitted, as well as the process of installing them, check out my video here: