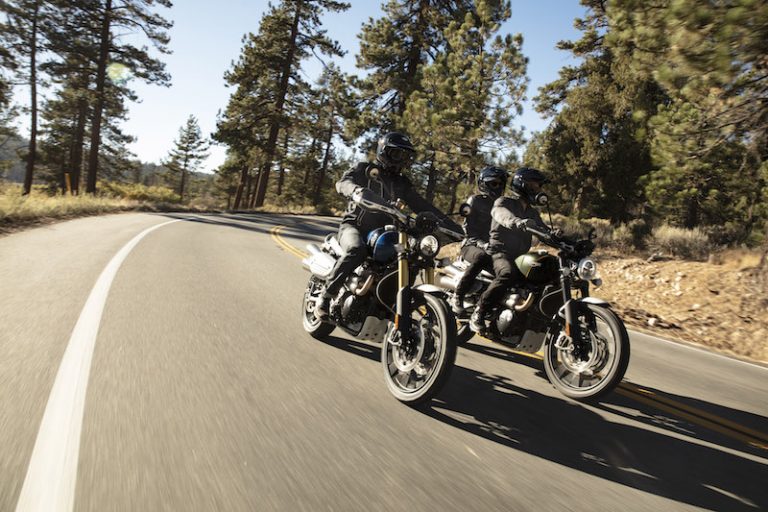 After months of teaser images and videos, Triumph has finally lifted the lid on its brand-new Scrambler 1200, revealing two model variants (XC and XE) that are designed for both on-road and off-road adventures.

At a closed door press event held at the ExCel in London (which ABR attended), Triumph disclosed details on the highly-anticipated motorcycle, including its full specification and expected release date for the two model variants. The 1200cc Bonneville twin-powered motorbikes are expected to arrive in dealerships for Spring of 2019, with a price to be announced on the 14 December 2018. 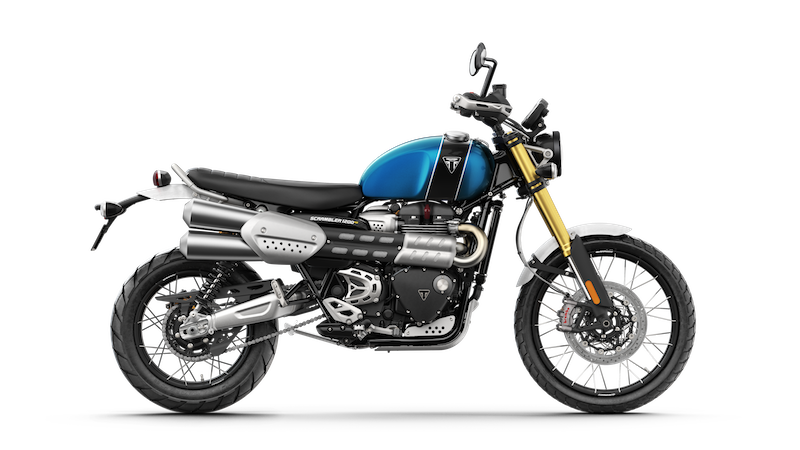 During the live reveal, Triumph placed a large emphasis on the fact that the XC 1200 has been “built with an all-road and off-road focus”, while the XE model (which stands for extreme) has been “built to be just as great on the road but with even more extreme off-road capability”. Triumph also stated that the 1200 maintains all the “iconic Scrambler DNA and all the capability of a genuine adventure motorcycle”. 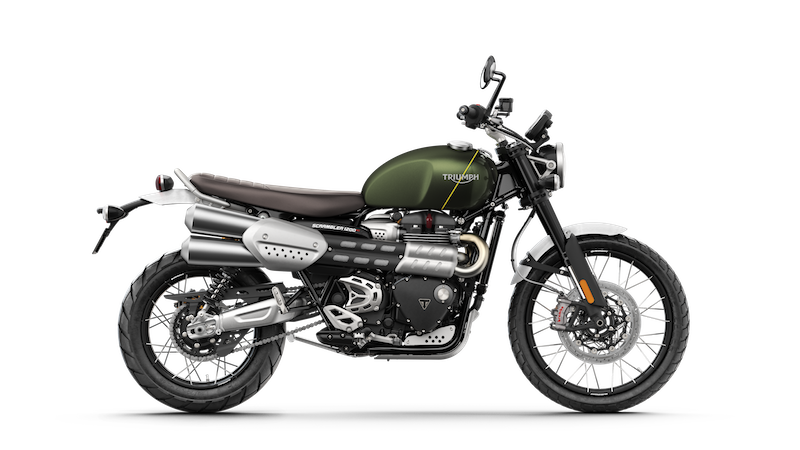 Looking at challenging the adventure bike market in a big way, the firm laid out the differences between the XC and the XE models, with the latter keeping everything the XC possesses.  However, the XE model has further inclusions like optimised cornering ABS, a 30mm longer swingarm and six riding modes (Road, Rain, Sport, Off-Road, Rider-Configurable and Off-Road Pro). As well as, for the first time in company’s history, the ‘iconic’ Triumph emblem has been embedded to the tank. 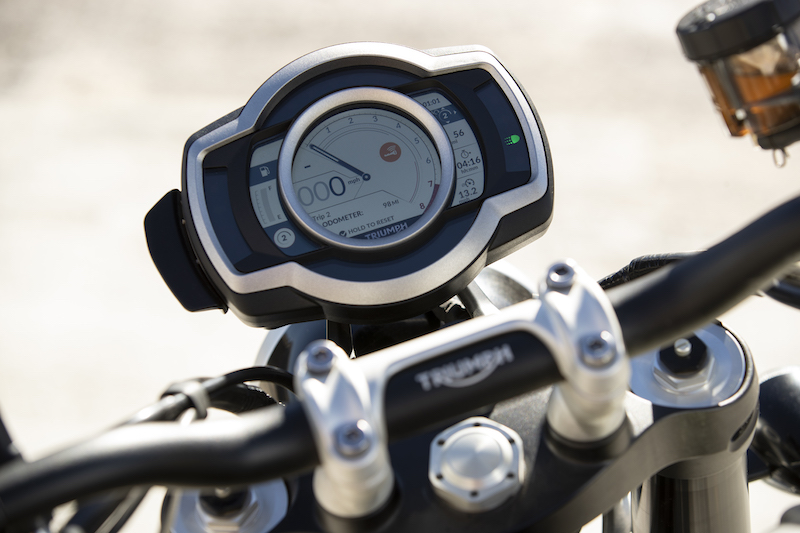 With high expectations set out by the company for the Scrambler 1200, Triumph describe the XE model by saying:

“This is a motorcycle that enjoys unparalleled road and off-roading ability, with a commanding riding position and ergonomically optimised set-up that handles every bit as naturally on the tarmac as it does doing what the most focused adventure bike can do as well as, of course, full-on scrambling.” 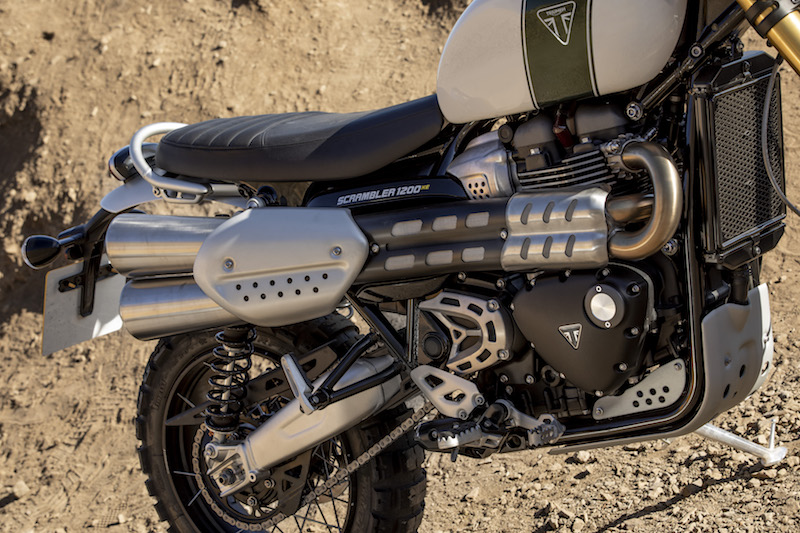 Developed specifically for the new Scrambler 1200, the Bonneville twin-powered engine is capable of 90hp at 7400rpm. When compared to the upcoming Street Scrambler (releasing in 2019, too), the bike is capable of 38% more power, as well as 37.5% more maximum torque – at 3950rpm.

Additional details confirm the bike to have a tubular steel with aluminium frame, 16 litre fuel tanks, and seat heights of 840mm (XC) and 870mm (XE) respectively. 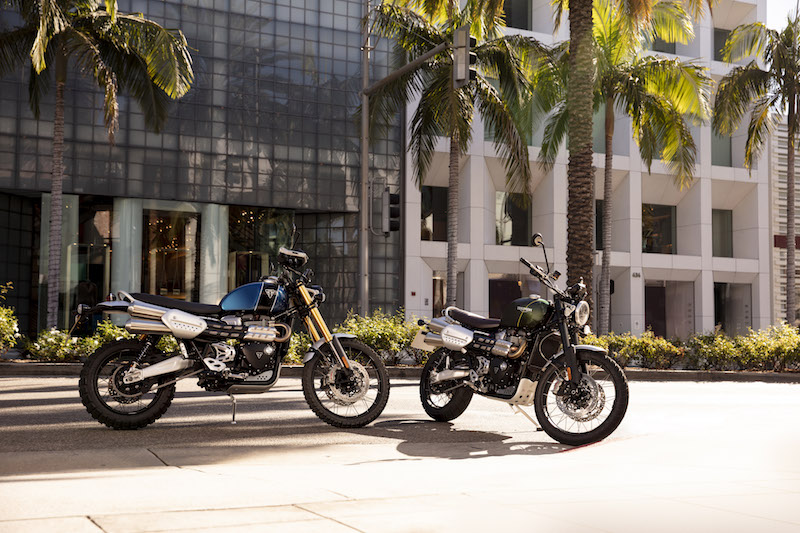 Alongside the motorbike reveal, Triumph also released information on a new dedicated range of Scrambler 1200 clothing, that includes: t-shirts, checkerboard goggles, and a selection of male and female riding/casual wear.

Interestingly, on top of all this, Triumph announced that it will be making its long-awaited return to the Baja 1000 desert endurance race using the new Scrambler 1200 XE. Riding the vehicle will be racer and ex-stuntman Ernie Virgil, following in the footsteps of celebrities like Steve McQueen and Paul Newman, who all competed at the race. The 51st Baja 1000 is due to take place from the 14-18 November, 2018.

What are your first impressions of the Scrambler 1200? How much do you expect both models to cost? Let us know.