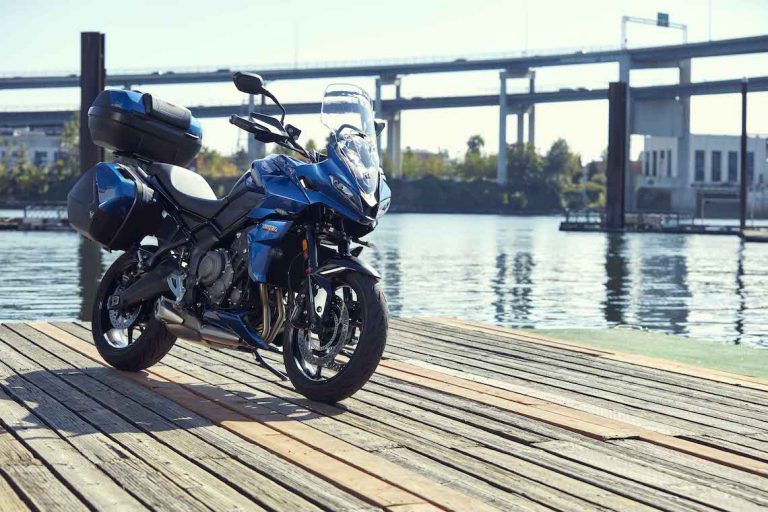 There’s a new Tiger on the way, with Triumph today pulling back the curtain on the all-new Tiger Sport 660. It’s an adventure-sports motorcycle designed to take on, and beat, Yamaha’s Tracer 7 and Kawasaki’s Versys 650 in the world of middleweight tarmac-based motorcycles.

Triumph teased the biking world with a first glimpse of the new 660 back in August, but now we can bring you full details, including those all-important power figures and the price. Here are the headlines:

Triumph Tiger Sport 660 – what you need to know 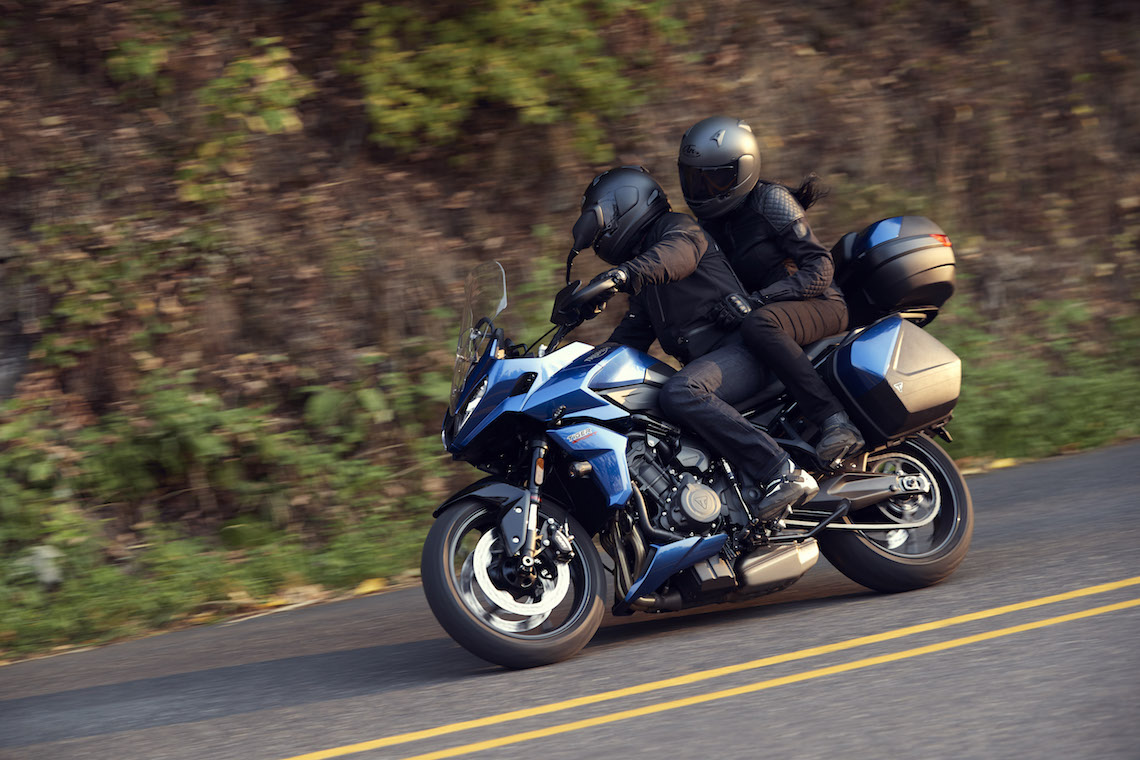 First up, let’s take a look at the styling. Beauty is in the eye of the beholder, but I’m a fan of the sporty, angular look of the new Tiger, and it certainly seems ready for summer tours, especially loaded with Triumph’s plastic luggage, which is available as an optional extra.

Those sporty looks, along with  a low-slung exhaust, lack of crash protection, and a large touring screen, clearly indicate that the Tiger Sport 660 is designed for life on the road, not off it.

Away from appearances, the biggest news is the introduction of Triumph’s signature triple-cylinder engine to the mid-weight touring world, something that sets it apart from its immediate competition.

As Triumph was quick to point out during a pre-launch press briefing, its two main competitors (Yamaha’s Tracer 7 and Kawasaki’s Versys 650) are both powered by twins. The British brand hopes the new option will tempt plenty of prospective buyers, and on paper it’s easy to see why.

When it comes to power, the Euro 5 compliant 660cc triple produces 80bhp and 64Nm of torque. That puts it easily ahead of the Versys (66bhp and 61Nm) on paper, while it’s also more powerful that the 72bhp Tracer 7, although the Yamaha does produce a fraction more torque at 68Nm.

While we’ll have to wait to throw our leg over the Tiger Sport 660 and see how it performs in the real world, we’ve always found Triumph’s triples offer the best of both worlds, delivering plenty of torque lowdown and bags of power when the revs pick up.

The engine can also be adapted to meet A2 licence regulations for younger riders looking for a first big bike. And, on paper at least, it looks like it could make for a great first bike, or even a step down for more experience riders tired of lugging heavy adventure bikes in and out of their garages.

The saddle sits at a reasonably low 835mm, and Triumph also says the seat is slimmer to ensure riders can plant their feet on the ground when they come to a stop. The bike also weighs in at a reasonable 206kg (wet). 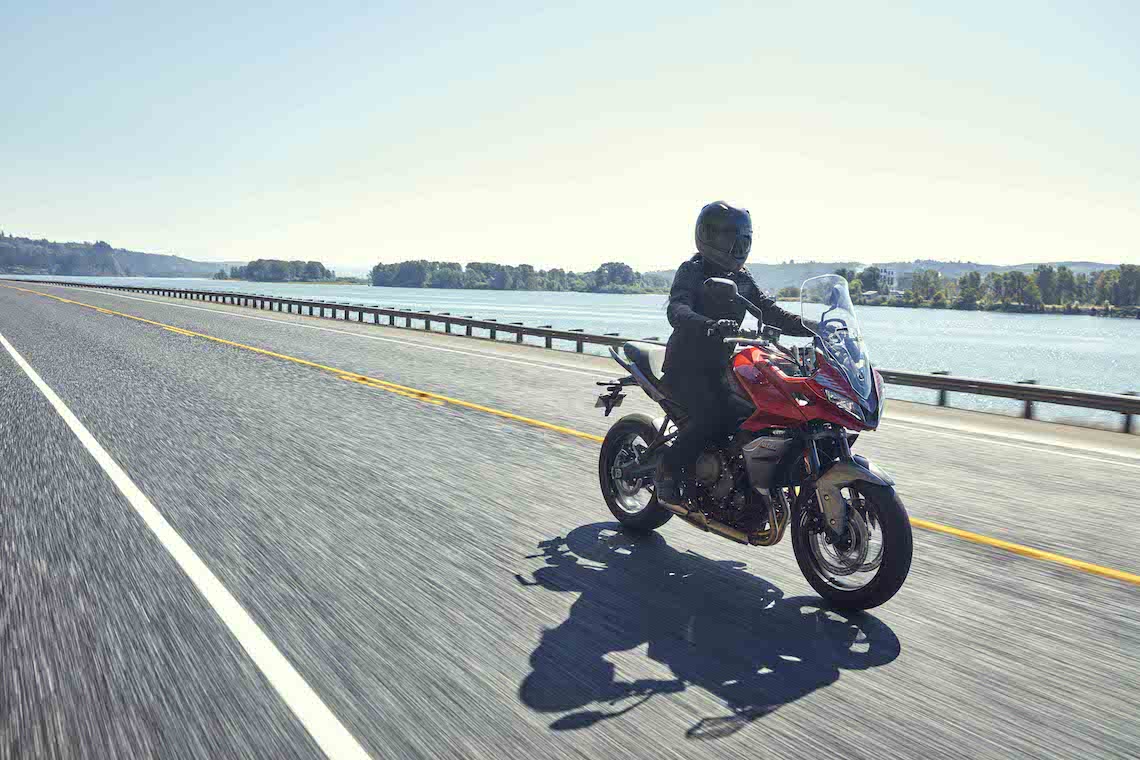 Unlike the other Tiger adventure bikes in Triumph’s current range, the Tiger Sport 660 has been clearly designed to stick to the road.

It’s fitted with 41mm Showa upside-down forks at the front, offering 150mm of suspension travel, while those figures are matched at the rear with a Showa monoshock, which comes with preload adjustment for riding with a pillion or luggage.

The wheels are 17″ cast aluminium rims, fitted with Michelin Road 5 tyres, further evidence that this is a bike focussed on performing in the twisties, rather than on gravel trails.

Stopping power comes from Japanese manufacturer Nissin, a choice likely made with budget in mind as Brembo supplies the brakes on the Tiger 900 range. The 660 Sport is armed with dual 310mm front discs and a single disc at the rear.

Road tours are fuelled by a 17-litre tank, which Triumph claims will give a range of about 230 miles according to its testing.

Spending that long in the saddle requires protection from the elements, hence the large touring screen which Triumph says can be adjusted with one hand. 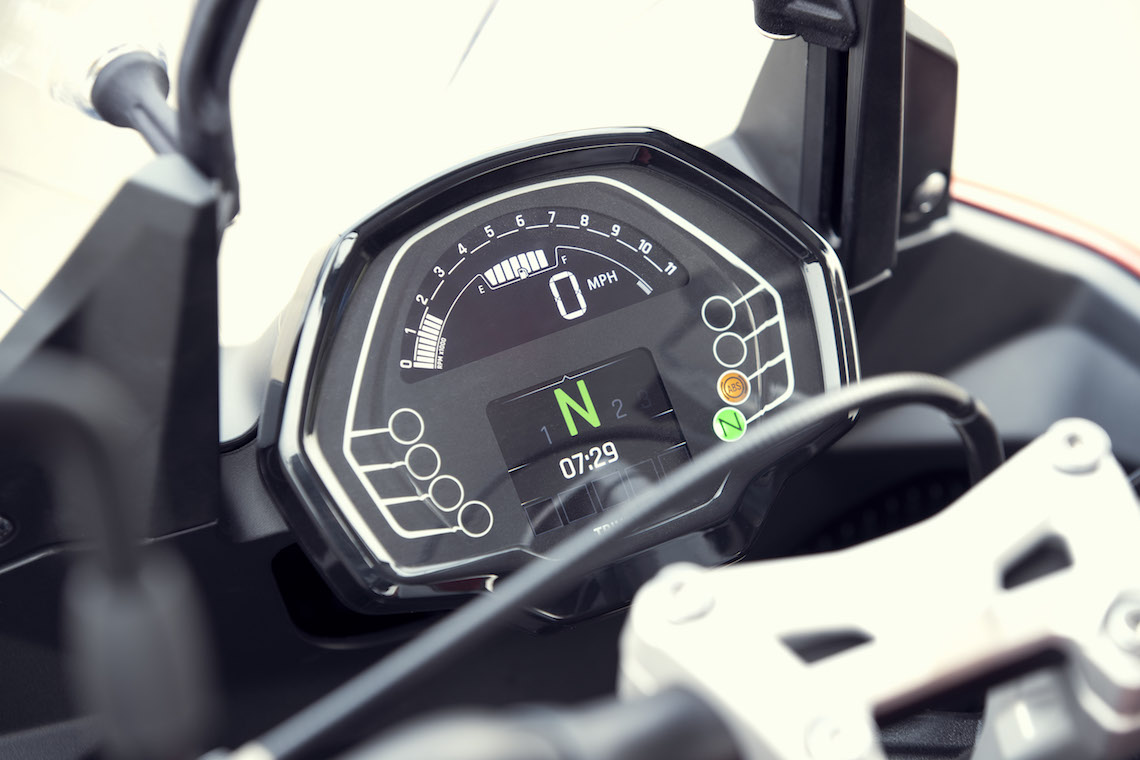 As a manufacturer, Triumph equips even its lowest-spec bikes with a healthy bill of electronics  (think the Tiger 850 Sport) and the Tiger Sport 660 is no different.

There’s a mini TFT screen to display essential information, and it’s been designed to integrate with Triumph’s own connectivity system for turn-by-turn navigation.

That spec list is all the more impressive when you consider that the Triumph is available for just £8,450 on the road, putting it within touching distance of the Tracer 7 (£8,202).

We’re looking forward to testing it already, and we’ll bring you a full review as soon as we’ve taken it for a spin. Until then, enjoy these images of the bike in action below and let us know what you think in the comments section.

Finally, don’t forget that you can keep up to date with the latest news and views from the world of adventure biking by subscribing to the weekly ABR Bulletin on the right-hand side of this page.