The ABR guide to the highest passes in Scotland 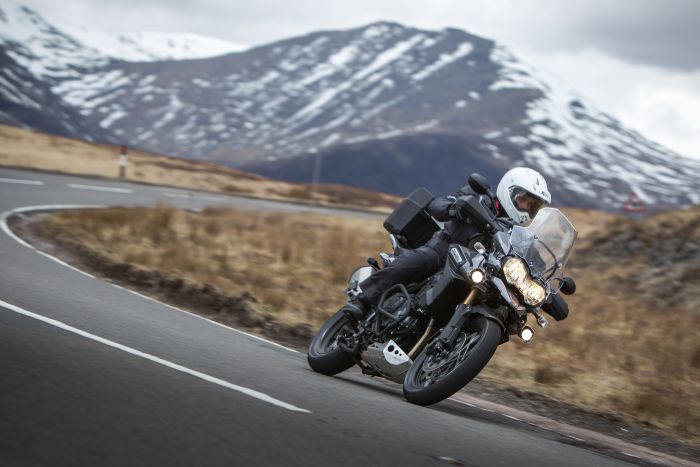 Motorcyclists have always been drawn to mountain passes. There’s something about the stunning scenery, the challenging twists and turns and the remoteness of them that attracts us. They always seem to make things that bit more exciting than your standard low-lying roads thanks to the natural obstacles that stand in the way.

With that in mind, ABR teamed up with TomTom in the latest edition of the magazine (issue 29 Jul/Aug) in an effort to reveal the three highest passes in England, Wales, Scotland, Northern Ireland and the Republic of Ireland.

The result was that we had inadvertently created perhaps the ultimate British road trip. It didn’t really feel right keeping it to ourselves, so we thought we’d give you a glimpse of that with the Scottish section. Without further delay, here are the highest (and most rewarding in our opinion) passes in Scotland. 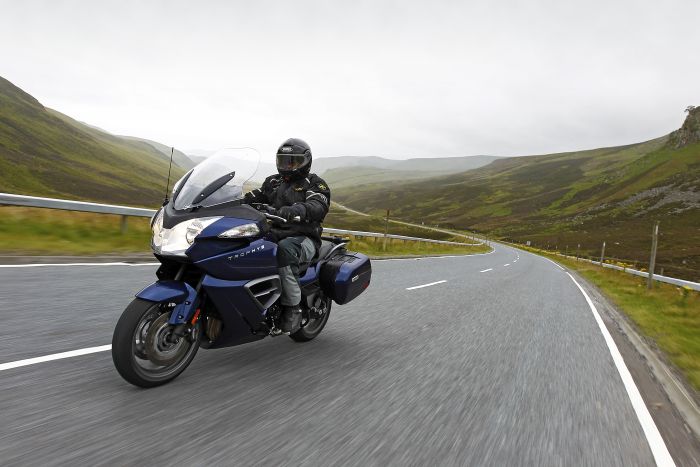 The Cairnwell Pass (Scottish Gaelic: Càrn a’ Bhailg) is a mountain pass on the A93 road between Glen Shee, Perthshire, and Braemar, Aberdeenshire, in the eastern Scottish Highlands. It’s such a spectacular route through some of the most dramatic scenery in the British Isles that it has become a regular location for new motorcycle launches and photo-shoots.

The pass signifies the border between the two counties of Aberdeenshire and Perthshire and at its apex is the highest legal through road in the British Isles including Ireland. There are two higher passes, the Corrieyairack Pass (770m) and the Loch Builg Road (729m) though both are subject to Scottish access law and are closed to motorised vehicles.

Historically, the Cairnwell Pass was a drover’s route from the Lowlands to the Highlands. It became a ‘road’ during the 1700s as part of the extensive military road building exercise to allow Government to deploy forces rapidly to locations in the Highlands if there was a Jacobite rebellion. The pass is now best known as being the home of Scotland’s largest and oldest ski centre – The Glenshee Ski Centre.

A mile south of the apex is the Devil’s Elbow, a once notorious double-hairpin bend with an often-quoted gradient of 33% (1 in 3). The reality was more prosaic, being 17% (1 in 6). The modern road bypasses the old hairpin bends, but the old road still exists and its route can be picked out.

From Perth in the south you follow the A93 north through Bridge of Cally and the Spittal of Glenshee at the southern extent of the Cairngorms National Park. From the Spittal the views become increasingly spectacular as you head up the valley to the Cairnwell Pass and on to Braemar. From Braemar the natural extension is to head north to the A939 and The Lecht, the second highest pass in Scotland and the British Isles.

The Cairngorms National Park is the largest national park in the UK, containing a large section of the Grampian Mountain range and the Cairngorms themselves which start to the north of Braemar. While there are no roads through the Cairngorms, if you’re into hiking it’s worth making the effort to trek up on the plateaux which is said to be the last surviving area of Britain that can be termed Arctic Tundra. This is high and wild country at its best.

>>> Make sure you also check out the highest passes in Wales by clicking here.

There’s a lot packed into the 31 miles from Braemar in the south to Tomintoul in the north via the Lecht pass. Nine miles out of Bramar on the A93 you’ll come across Balmoral Castle and the visitor centre. It’s a worthwhile refreshment stop even for committed republicans.

From Balmoral take the B976 to join the A939 and prepare yourself for a treat. The A939, as it raises through the twisties out of Cock Bridge and follows the perfect line up the crest of a prominent ridge dropping down from Meikle Corr Riabhach (779m), is one of the most stunning rides in Britain. This section of road compels you to open the throttle but I’m always too busy taking in the scenery to engage with any speed.

Next up comes a steep sided valley and the Lecht Ski Centre with tows to either side of the road and a further seven miles on you’ll find yourself in Tomintoul, which at 345m is said to be the highest village in the Highlands, though it’s probably more famous for its whisky – the Glenlivet Estate is nearby.

The magnificent A939 through Lecht is another strip of tarmac following one of the historic military roads. 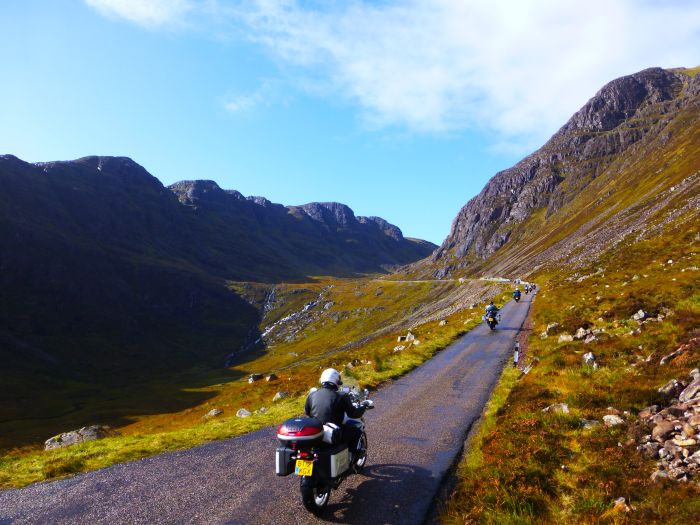 The Bealach na Ba is far better known as ‘The Road to Applecross’, a small village on the west coast of Scotland and a Mecca for motorcycle riders.

The pass itself is one of the best ‘Alpine’ stretches of road in the British Isles but when combined with the ride to the start and away from the village of Applecross, it compares with the best rides found anywhere in the world. Put simply, a motorcycle tour up the west coast of Scotland is a must.

From the junction at Tornapress the road overlooks Loch Kishorn before turning west to ascend the dramatic, steep and rocky slopes of Coire na Ba. It tops out with a series of tight, steep bends just before the apex of the Bealach na Ba.

The singletrack down to Applecross is scenic throughout with views across the water to the Isles of Raasay and Skye. Steep in parts and narrow throughout, care needs to be taken, especially with oncoming traffic. From sea level to 626m the road boasts the greatest ascent of any road climb in the British Isles.

A visit to the Applecross Inn and a tour of the peninsular to Torridon are must do’s. 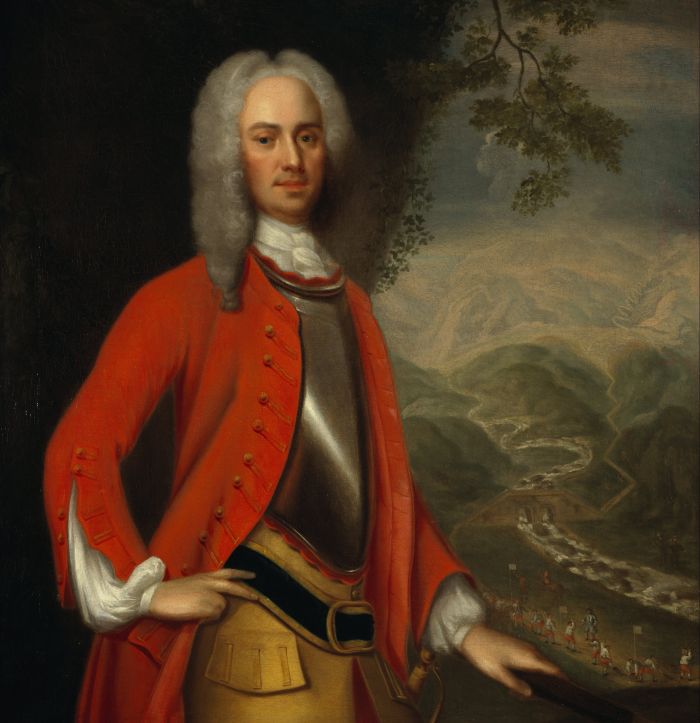 The Corrieyairack Pass, originally built as a military road by General Wade in 1731, leads across the Monadhliath mountains from Laggan in Badenoch to Fort Augustus on Loch Ness.

There are two notices at the start at the Fort Augustus end. One tells you that the road over the pass is now an ancient monument and is in the care of the Secretary of State for Scotland (Historic Scotland), it is an offence to damage it. Another notice, by Highland Council, says that motor vehicles are prohibited. There are also barriers and notices at the southern end.

On the face of it, you’d think that riding the Corrieairack Pass was against the law, and that is most probably the case. However, recent communications between access officers and the general public are not specific and open to doubt. No doubt the matter will be the subject of a court case at some point in the future and a legally definitive answer will be provided.

Historically the pass was used before the military road by cattle drovers. Once the road was completed the pass was crossed more regularly. Probably the most regular users of the road over the pass nowadays will be mountain bikers, hikers and the engineers who service the line of electricity pylons that follow the route. Their vehicles are exempted from the order that prohibits motor vehicles.

If you want more like this you should check out the latest issue (29 Jul/Aug) which features our full guide to Britain’s highest passes. Click here to find out how you can get your hands on all new issues and the complete back catalogue of Adventure Bike Rider magazine.