ABR’s weekend ride: Crossing the Pennines on the A686

This week’s installment features the dramatic A686 from Penrith to Haydon Bridge and it’s one of those roads that is begging for you to ride it. The road crosses the North Pennines Area of Outstanding Natural Beauty and as the name suggests, it takes in some amazing scenery.

Incorporating the Hartside Pass, this 35-mile stretch will leave you smiling from ear to ear by the end of it with plenty of tight corners and hairpin bends. It also involves roughly 1,904ft of climbing and once you get to the top you’ll be able to take in the stunning panoramic views while having a brew at the café.

Along the rest of the road you’ll be tested with some really steep downward gradients and the odd cobbled street as you pass through villages. Of course there will also be spectacular view after spectacular view too. The bonus is that there shouldn’t be too much traffic as it is much quicker to use the nearby motorway and much larger A69.

The route is located in the far north of England, not far from the Scottish border and can be started at either end, be it from Penrith or Haydon Bridge. The former is easily accessible from the M6 and is not too far south from Carlisle.

At the other end you simply need to travel along the A69 (which connects Newcastle and Carlisle) until you reach Haydon Bridge. From there you just need to take the A686 all the way to Penrith. 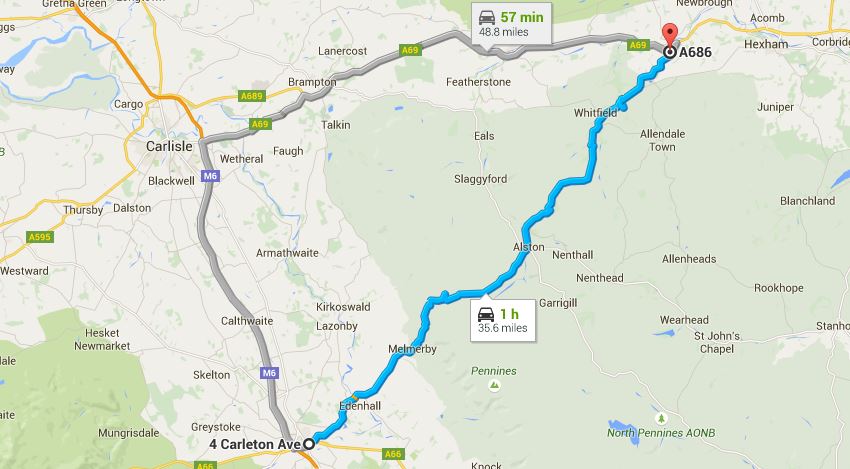