5 spectacular roads in Scotland that you’ve never heard of 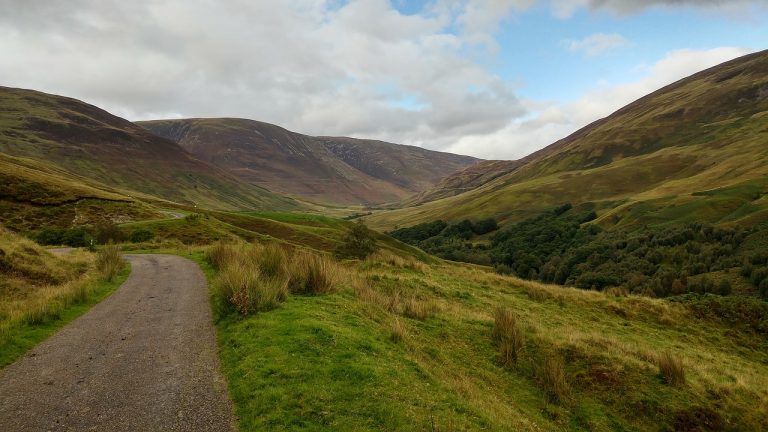 When it comes to summer touring destinations, Scotland almost needs no introduction. Britain’s most rugged and mountainous landscape is an endless mix of terrific roads, magnificent vistas, and fascinating places to explore in and out of the saddle.

Of course, what I’m telling you is hardly a secret, and this summer we imagine plenty of bikers will point their wheels north and head to Scotland for a tour. This does mean that, in the peak summer months, the most popular roads may be a little busy, but we’re about to let you in on a secret.

With the help local expert Brian Watson of McTours Ltd we’ve found five roads in Scotland that you may not have heard of before.

Brian has spent countless weeks based in Scotland, riding damn near every road he can in search of the perfect motorcycle tour of the country, and he reckons these five roads in Scotland are brilliant alternatives to some of the busier routes in their respective areas. So, let’s get started.

A diversion from the NC500

The North Coast 500 (also known as the NC500), which forms a loop around the very top of Scotland, is a popular route for good reason. It’s fun to ride, showcases the spectacular scenery this far north has to offer, and passes through plenty of interesting places to stop and spend the night.

But, if you have the time and inclination to stray off the well-ridden route and explore some quieter roads, this is the diversion for you. If you’re travelling clockwise around the NC500 after leaving Ullapool, take the first left signposted to Achiltibuie and follow the narrow road past several lochs to the rugged coast.

There are plenty of single-track roads to pick up that lead to remote beaches if the sun is shining, before picking up the main road in Lochinver where you can choose to head east to pass Loch Assynt and rejoin the NC500, or continue along the coast a little further.

The Isle of Mull 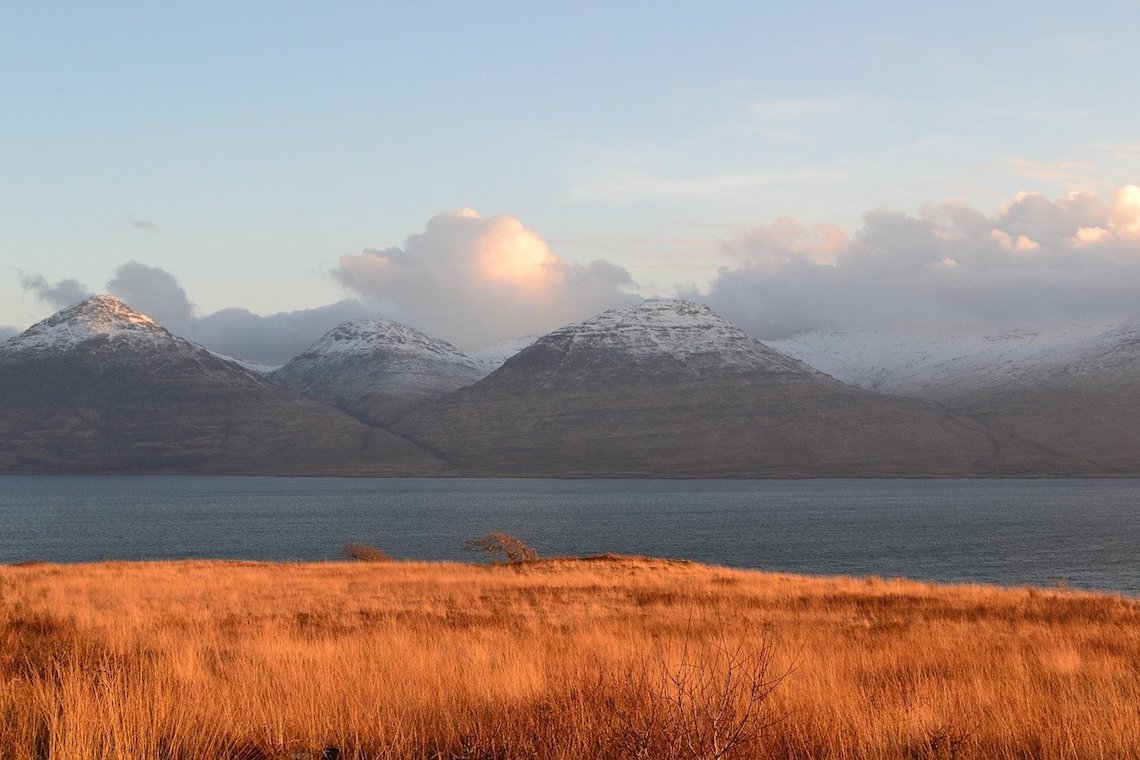 Scotland’s weathered west coast is usually the first port of call for any touring biker, and a particular must-visit destination is the stunning Isle of Skye. But, when the mercury rises Skye gets busy, and spending a day stuck behind one of the many coaches and campervans that flock to the island can be incredibly frustrating.

So, if you’re on the hunt for striking views and traffic-free tarmac to explore, why not head a little further south to the Isle of Mull. Unlike Skye, there’s no bridge to take. Instead, you’ll need to hop on a 45-minute ferry from Oban to explore the island, a fact which helps keep it relatively quiet in the summer months.

Brian recommends picking up the A849 towards Loch Beg, before joining the B8035 and completing a loop around the island to see the very best of Mull.

Scotland’s east coast is a little less dramatic than its west, something that’s worth remembering if you’re trying to fit your tour in a short period of time. So, if you’re happy to miss a visit to John O’Groats and the slightly-dull A roads in the area, here’s a turn off that you can take to keep the good times in the saddle coming.

Brian recommends taking the right just after the village of Melvich as you head east along the very north coast, onto the A897, before taking another right further down the road at Kinbrace in the direction of Loch Naver.

Along the way you’ll pass The Garvault, which claims to be mainland Britain’s most remote hotel, a surefire sign that you’ll be riding through country that few others visit.

The coastal road north of the Bealach na Bà 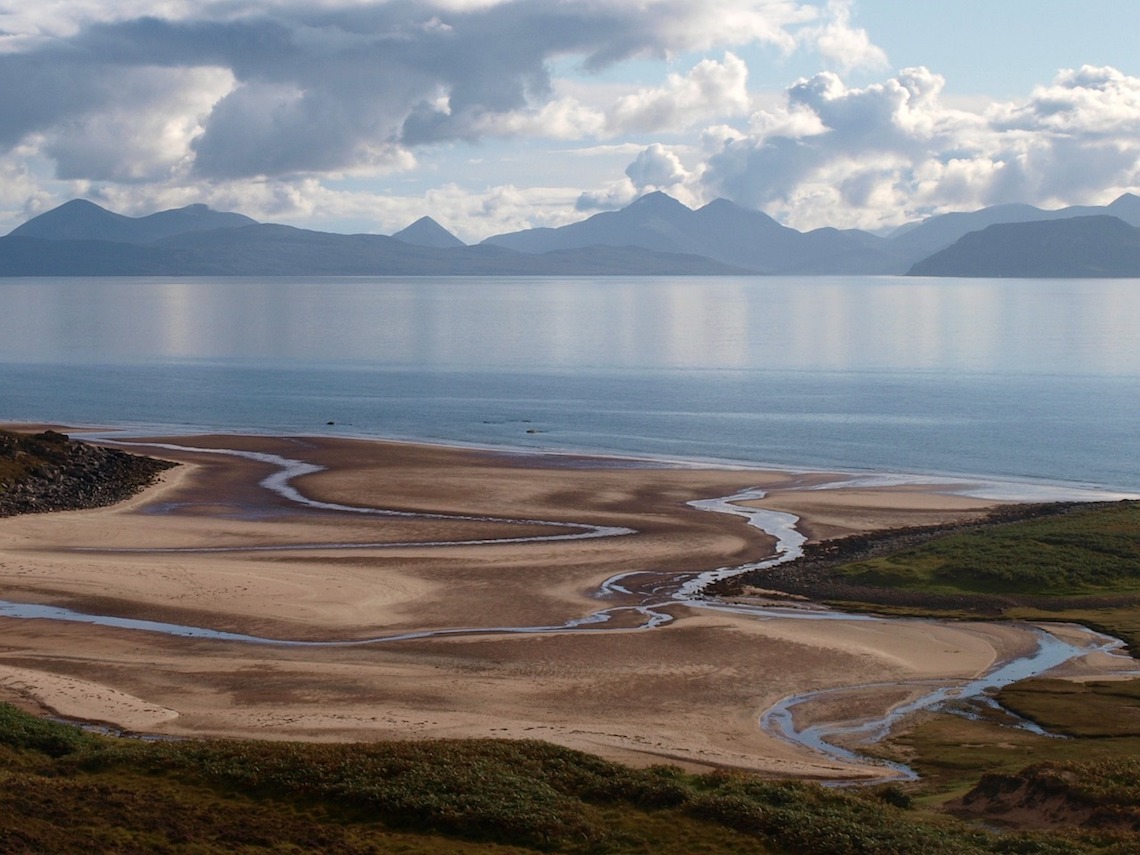 Wiggling through the mountains on the Applecross Peninsula, the Bealach na Bà is one of the UK’s most stunning roads and is a must-ride if you’re in the area. However, this popularity means that some riders choose to ride it both ways, turning around at the town of Applecross on the other side rather than exploring the rest of the peninsula in all its glory.

This is a shame, as the coastal road after the pass is a particular treat to ride. After riding the Bealach na Bà continue on north in the direction of Shieldaig and enjoy stunning views off to the left of the islands of Raasay, Rona, and Skye, as well as Lewis and Harris on a particularly clear day.

The road dips and bends along the rugged coast, with plenty of trails branching off to secluded beaches. This is also the land of the iconic Highland Cow and plenty of sheep, which can weigh as much as a BMW R 1250 GS and are known to stray onto the road, something worth bearing in mind as you ride.

Okay, so part of this little route isn’t technically in Scotland, but Brian and I agreed that it’s a crying shame that riders stick to the A1 or M6/M74 to cross the border into Scotland, rather than explore some of the terrific border roads in the region.

Start in the charming village of Bellingham and head north through the Kielder Forest Park, before heading past Hermitage in the direction of Hawick. The single-track road flows between rolling hills and dense forest, before opening up with a series of flowing bends that sweep through the vast and empty countryside.

We can guarantee that these roads are much more enjoyable to ride than a slog up the motorway.

Ride these roads in Scotland with McTours Ltd

We’ve put together this list of roads that you may not have heard of in Scotland with the help of local expert and tour guide Brian Watson of McTours Ltd.

Brian offers a range of tours across Scotland, the UK, and further afield in Europe. Check out his upcoming rides here.